But the success of English soccer’s Black players has not translated into other opportunities at clubs. Though the issue of Black representation in soccer management has been discussed for decades, progress has been glacial – if it is even visible at all. Forty-three percent of players in the Premier League in 2021 were Black, as were 34 percent of players across the next three divisions that make up the top 92 clubs in the English football pyramid. But only 4.4 percent of managerial positions typically associated with professional playing experience are held by Black people, as documented in new research by the University of Michigan sports economist Stefan Szymanski. The lack of diversity among head coaches, then, is even starker than in the NFL, where six out of 32 current head coaches are members of a racial or ethnic minority, with four of them Black.

In English soccer, an overwhelming number of managers are ex-professional players. Yet Black former players have routinely been overlooked for prominent jobs. Of the 94 men who played in the Premier League or Football League since 2004 and hold a UEFA Pro License, the highest professional qualification available to managers, three-quarters held management positions in either league in 2021. Just 23 percent of them were Black. There have been only 28 Black managers in the history of the English professional game, according to the Black Footballers Partnership, a body advocating for better representation of Black people in leadership positions in the sport. (The organization also commissioned Szymanski’s new research.)

Black footballers also historically faced discrimination when it comes to their earnings. A paper from Szymanski details how, from 1986 to 1993, an all-white matter wage expenditure was about 5 percent higher than that of an equally successful team fielding an average proportion of Black players. The Black players were consistently underpaid.

Subsequent research has shown that, from the mid-1990s, Black players have been paid wages in line with their performances and no longer suffer from economic discrimination in the game. Yet barriers to management, and other coaching positions, evidently remain. Last year, only 10 percent of Black players to retire since 2004 had any managerial or coaching position at a professional English club; for white players, the figure was 50 percent, according to Szymanski.

One explanation for the lack of Black managers is the difficulty of assessing potential managers and the findings that, in most cases, managers have relatively little impact on team performance. Managers in soccer, like leading figures in other sports, are often appointed through informal networks and contacts within the game, rather than a transparent application process. Delroy Corinaldi, the co-founder of the Black Footballers Partnership, said this system tends to disadvantage Black people, who are generally locked out of these networks. “The decision-makers in the game and ecosystem are largely from a similar group, unlike on the pitch.”

The underrepresentation of Black people in senior executive positions in soccer is even starker than among managers. Only 1.6 percent of those in major executive, leadership and ownership positions are Black, according to Szymanski’s research: The only two Black owners or co-owners of professional clubs found were at Burton Albion and Salford City, relatively low-profile clubs in the English third and fourth tiers. This lack of Black owners appears to contribute to the lack of Black managers. “[T]here is, and always has been, a disconnect between owners and Black former players, ”Stan Collymore, a former England international player, wrote in 2020. 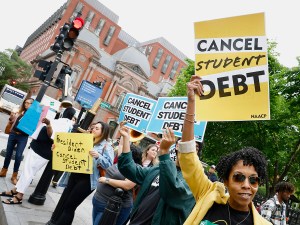 English soccer history illustrates how leading decision-makers have often harbored racist beliefs. In 1991, Ron Noades, who was then the chairman of Crystal Palace, gave a television interview in which he discussed what he termed “the problem with Black players” and outlined his racist views. “When it’s behind them it’s chaos,” Noades said. “I do not think too many of them can read the game. When you’re getting into the mid-winter you need a few of the hard white men to carry the athletic Black players through. ”

Such attitudes aren’t as far in the past as English soccer would like to believe. In 2018, West Ham’s director of player recruitment, Tony Henry, wrote in an email that the club would not sign any more African players, complaining that African players had “a bad attitude” and could “cause mayhem” if they were not selected for matches. In 2020, Greg Clarke resigned from his role as chairman of the Football Association after making racist comments during a hearing in the British Parliament.

English soccer could look to another league as an example of better representation: the NBA. In the 2021 NBA offseason, seven of the eight head coaching vacancies were filled by Black coaches. Overall, according to The Institute for Diversity and Ethics in Sport, Black people during the 2020-21 NBA season made up 50 percent of head coaches, 53 percent of assistant coaches and 40 percent of general managers. These numbers reflect the dominance of Black players in the league: Almost 75 percent of NBA players are Black.

So far, English soccer’s approach to encouraging Black managers has focused on voluntary measures. It took until 2019 before the English equivalent of the Rooney Rule – which the NFL has shown is no panacea – became mandatory in the second to fourth tiers of English soccer; the Premier League has refused to implement the rule. Only around half of clubs in the Premier League and the next three divisions have adopted targets from the Football Association’s “Football Leadership Diversity Code” established in 2020; last year, most of the voluntary targets were missed too.

The Black Footballers Partnership believes that the rate of change in English football has been so slow that the sport must take more radical action. It argues for greater targeted learning opportunities for Black current and former players to develop their coaching, designed by Black people working in the sport, and better-funded structures to unite Black current and former players. Most notably, the Black Footballers Partnership advocates introducing compulsory hiring quotas for ethnic minorities: a recognition, Corinaldi said, that voluntary measures have failed. His hope is that, when it comes time for the current generation of leading English Black soccer players to enter management, they will have a fair chance.