Frequently over the last three weeks, my thoughts have taken me to a crossroads in an estate in the south of Saint-Denis.

There is a crusty old sign that says “Stade” pointing me left with thousands of other people. The road ahead is clear but nothing at all is sending anyone that way.

So, I follow the crowd and end up in a huge queue, which develops into a crushing situation and leads to more decisions that endanger lives closer to the venue I am trying to reach a few hours later.

By the end of the night, the security operation at club football’s most-watched fixture has collapsed completely and I am running back in the direction of Paris hoping I get home safely because local gangs are proceeding with impunity due to a lack of police protection.

The Champions League final of 2022 could have been remembered differently had organization been in place on the tarmac of this otherwise insignificant-looking part of the Parisian suburb, which is now infamous across Europe as it has been for a long time in France.

Had there been a reaction by the authorities to a train strike, which ruled out arriving at the Stade de France via the La Plaine metro station at any point before 5.30pm, then one of the busiest routes to the arena would have been accessible.

All they needed to do was tell supporters where they needed to go, leading them towards La Plaine. Some stewards, some signs, a funnelling system – whatever. Just show them there was another way to get to gates X and Y, as well as other points at the east side of the stadium.

Yet a recommendation that two lanes of pre-filtering in this area be implemented following a meeting between organizers on May 25, three days before the final, was not followed. 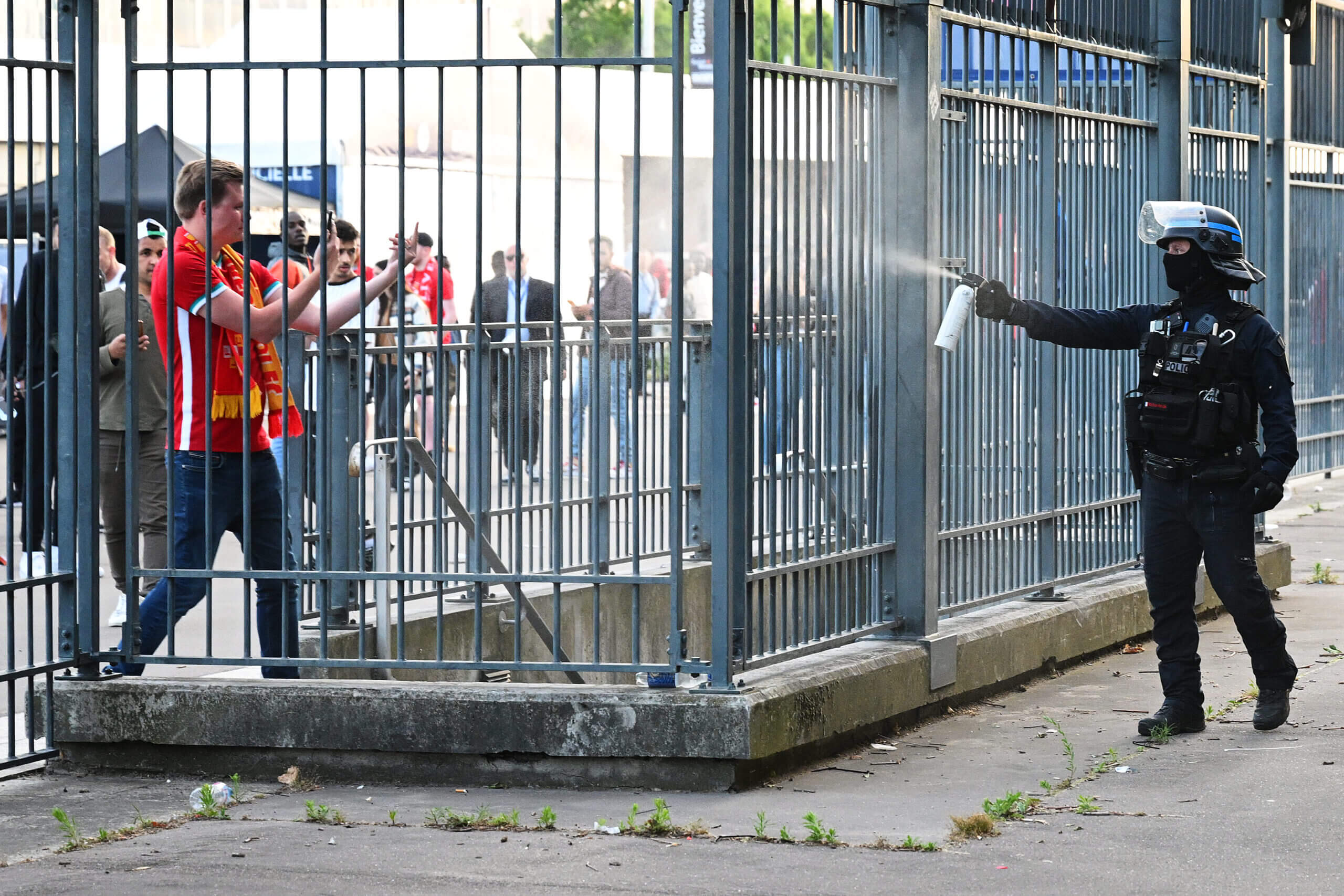 This resulted in pressure at another checkpoint failing and with that, the problem moved to the stadium’s gates. From there, locals pushed their way to the front and the police, expecting football hooligans, reacted as expected by sending tear gas into the foul, airless atmosphere.

Yesterday, when UEFA had the opportunity to explain what had contributed towards the near-disaster in front of the senate in Paris, the organization’s CEO of events Martin Kallen breezed over this significant feature of May 28 before he was reminded by a congressman that his preferred reasoning of counterfeit tickets was “not the main problem”.

There was instead, according to the congressman, “the transport strike, the flow management problems, the interventions of the police, the problems of delinquency”.

“Speaking only of forgeries,” as Kallen had done without providing evidence, was, put simply, “not right”.

It had been difficult to tell whether some of Kallen’s comments were born out of institutional incompetence or genuine attempts at subterfuge.

He claimed, “the fact that most of the fans arrived by RER D surprised everyone,” when, in fact, it should have surprised no one because the train strike on RER B leading to La Plaine had not only been well-publicized but it was discussed in the aforementioned planning meeting, for which any responsible organization should surely have a record.

Perhaps that went the same way as the CCTV footage outside the Stade de France, which was somehow deleted before the French public were able to see it and form a better idea of ​​exactly what happened and who might be answerable for the problems that got worse and worse as the night progressed.

Later, the chairman of the senate Francois-Noel Buffet invited supporters of Liverpool and Real Madrid to speak about their experiences by stating, “Let’s be clear before we start. We know that English football fans were not the cause of what happened at the Stade de France. ”

Yet with UEFA barely detailing the impact of arrangements in its own public testimony, European football’s governing body was asked by The Athletic on Tuesday to respond to the following questions relating to the hugely significant factors that did not feature in Kallen’s reasoning.

On this basis, can anyone really trust UEFA to ensure the safety of anyone attending a big football match and to reflect on and learn from any mistakes if things go awry?

To all of that, a spokesperson replied: “UEFA will not be commenting further on the topic until the Independent Review has been concluded.”

Given the gaps in Kallen’s public account are so enormous and so obvious, the credibility of a review being led by someone they appointed is not a good look. How likely is it that that person will be able to get answers to all of this, when the senate could not?