What does life after Conor Gallagher look like for Crystal Palace?

Even in a season full of promising performances across the entire squad, Palace were heavily reliant on the role played by Gallagher, who was on loan from Chelsea. He headed back to his parent club having done so well he earned a senior England debut and Palace’s player of the year award.

Whatever follows will be a challenge to replicate that success, let alone find a way to improve it. The 22-year-old scored eight goals and provided three assists in his 34 Premier League appearances – only 15-goal Wilfried Zaha found the net more often for them last term.

It is easy to forget that Palace passed up the opportunity to borrow Gallagher a year earlier, opting instead to bolster their strikeforce by bringing in his Chelsea team-mate Michy Batshuayi for a second loan spell at the last minute.

Even if Batshuayi’s impact on his return to Selhurst Park was limited (two goals in 18 league appearances, just seven of which were starting), it looks to have been the right decision.

Gallagher spent the year at West Bromwich Albion instead, learning under Slaven Bilic and then Sam Allardyce. Playing for a club locked in an ultimately unsuccessful attempt to avoid relegation back to the EFL helped teach him the defensive side of the game, with his attacking impact relatively limited by way of comparison (two goals in 30 league appearances). But that first season of Premier League experience was valuable.

Then came Patrick Vieira and Palace, and the freedom to roam in a No 8 role, initially supported by James McArthur. Clinical finishing, clever darting forward runs into space, intelligent movement and an incredible amount of energy all contributed to a hugely successful season. So much so, as is always the risk with loan moves, that Gallagher appears to feature in Chelsea manager Thomas Tuchel’s plans for next season.

That leaves Palace with a big hole to fill.

Even if his performances fell away slightly towards the end of the campaign, ensuring the transition to life after Gallagher goes as smooth as possible will be critical to Palace building on a Premier League season only bettered once, in terms of points, in club history once the games resume on the first weekend in August. That is particularly true given how crucial the two advanced midfielders are in Vieira’s intense, high-tempo pressing system.

Eberechi Eze and Jeffrey Schlupp might be capable of stepping in to fill that Gallagher-shaped gap in the line-up, with Eze appearing to be the more suitable of the pair for it, even if neither is a natural replacement. 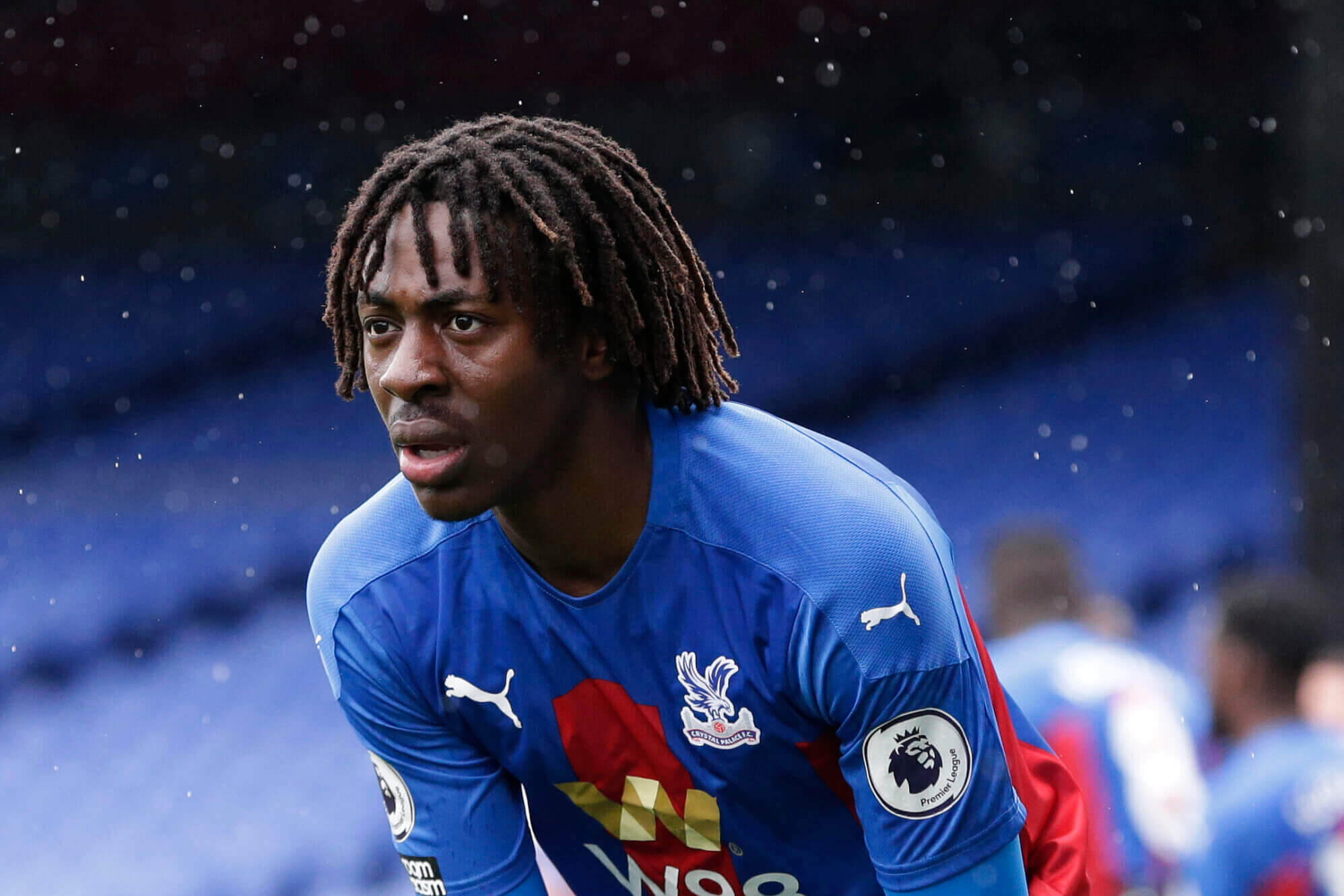 Eze returned to the starting XI after a long-term injury for the closing stages of last season, and was one of Palace’s top performers (Photo: Henry Browne / Getty Images)

There is interest in Rangers’ Joe Aribo, who would slot into the Gallagher role in Vieira’s system more naturally than either of the above.

Aribo is versatile enough to play in any midfield position required of him – his goal in the Europa League final last month came when he was leading the line because of the outgoing Scottish champions’ injury problems in attack – but is at his best when bursting from deep with athleticism and energy combined with skill.

The 25-year-old Nigeria international looks like he would be a good fit at Palace and has only a year to run on his contract at Ibrox. He is familiar with south London, having been born there and spending four successful years at Charlton Athletic, helping them win promotion from the English third tier before moving to Glasgow in the summer of 2019.

But if Palace are to prioritize recruiting the defensive midfield option, and so sacrifice bringing in a true No 8, then Eze might be the most appropriate player in the system, albeit with a slight rejig.

The 23-year-old returned to the starting XI in the FA Cup semi-final defeat by Chelsea on April 17 following a cautious return from an achilles injury late in the 2020-21 season and, after that – aside from the loss to Newcastle United three days later and the final day victory over Manchester United – was an ever-present, starting five of the final seven league fixtures.

Eze’s game, though, is built around clever movement and slaloming runs with the ball glued to his feet; he is not an all-energy, box-to-box midfielder with an intense, pressing style.

During the 1-1 draw with Aston Villa on May 15 he stood out as a significant attacking threat. Then, away to Everton in the season’s penultimate fixture four days later, he was the stand-out Palace player as they went two up at half-time lead before falling to a 3-2 defeat.

As he was returning from injury and playing in a relatively unfamiliar role, that bodes well for the future – even if he had understandably not yet reached his pre-injury levels. A full pre-season of acclimatising to that No 8 role will be beneficial.

With Schlupp alongside Eze to burst forward into spaces or drive through the midfield, and the possibility of a facilitator in Cheick Doucoure, the 22-year-old Lens and Mali midfielder seen as an upgrade in that holding role but also capable on the ball, that may work for Palace. Their midfield would be balanced but it wouldn’t necessarily be ideal. Although the interest in Doucoure is well established, it would still take some negotiating with Lens. Other European clubs are also keen, so Palace would face competition.

If a like-for-like Gallagher replacement isn’t sought, it will be a case of finding a work-around.

The pursuit of another defender – with Bayern Munich’s 22-year-old Chris Richards (able to cover center-back and right-back) one name under consideration, even with Tomkins under contract – might suggest that Vieira has an interest in using a back three more often next season and alternating his formations. In using Joel Ward as a center-back on occasion is a reflection that he may end up there and fill in over both positions.

McArthur can play the Gallagher role to some extent, as his pressing and the intensity of his game are well suited to it. However, he missed much of last season with injury, making only 15 league starts, and will turn 35 early in the next one.

Though it would be a tough ask for him to replicate the energy of a player over a decade his junior, the 32-cap former Scotland international would be an excellent option – he began 2021-22 as captain and his performances before a hamstring injury in November were outstanding – just perhaps not as a starter every week.

Much will depend on whether a true successor to Gallagher is desired, identified and then signed.

If not, a rotation of Schlupp, Eze, McArthur and a holding player behind them, with a tweak to Vieira’s system, seems the most likely outcome.

Given the manager showed a willingness to adapt in his first year in charge and his doing so generally worked out for the better, there is reason to be optimistic that Palace finding a way to deal with not having Gallagher around next season won’t be as challenging as it might seem.