Arsenal have invested over £100million in new signings during the summer transfer window – so what are the pundits predicting for Mikel Arteta’s Gunners in the 2022-23 Premier League season?

It’s that time of year when we’re all asked to predict what might happen in the campaign ahead. Let’s face it, none of us really know. But it’s fun to make a few bold calls.

Here, we’ve rounded up what 14 pundits make of Arsenal’s summer business and what it will mean for their hopes in 2022-23.

We love Merse, you love Merse, and Merse loves the Arsenal. He lives and breathes the club, even 25 years after leaving, and his enthusiasm comes across in his punditry.

Unsurprisingly, he reckons Arsenal will finally regain a top-four position this season.

Merson wrote in his column on Sportskeeda: “I’ll put Manchester United in the reckoning for a place in the top four because they are a massive club, but they haven’t done enough business at this point in time to stand a chance of securing UEFA Champions League football, so it should be between Tottenham Hotspur and Arsenal.”

“If I had to pick one of the two north London sides, I’ll have to go with Arsenal.

“Tottenham’s participation in the UEFA Champions League this season could be an issue for them, as they’ll have a bunch of tough mid-week games to cater to in between their Premier League commitments. They don’t really have a big squad, which could make all the difference.

“Arsenal, on the other hand, should be able to manage their domestic commitments as the UEFA Europa League isn’t that high in terms of quality, at least in comparison to the Champions League.”

Gabriel Jesus scores his first goal as an Arsenal player at the Emirates Stadium!

Former Manchester United defender Rio Ferdinand is a bit more pessimistic in his assessment for the Gunners.

He told the Mirror: “A subplot to those two [Liverpool and Manchester City] trying to win the league is between Chelsea, Manchester United and Spurs – and possibly Arsenal – for those third and fourth spots. I think that’s going to be a great race, as well.

“I’m sure someone from outside the pack will come up and jump into that area as well, like we saw with West Ham last season.

“It’s going to be interesting. I think it [the top six in order] will go Man City, Liverpool, Spurs, Man United, Chelsea, Arsenal.”

Well, what did you expect him to say?

“I think last season was their big opportunity [to return to the Champions League]. They blew it, they got into a great position, four, five games to go in the season you think they’re in pole position and they blew it. They couldn’t get over the line.

“They were poor, the Newcastle game was a real blow to them where they never turned up. The manager was quite critical of them after the game, some of the players were senior ones. So you wouldn’t be putting any bets on Arsenal to finish top four next season because of the other teams.”

Back on a more positive note, former Leeds man Beckford has told the BBC he thinks Arsenal will get into the top four.

Also speaking to the BBC, he said: “I love the players Arsenal have brought in and they will be close to the top four again this season.

“I don’t see West Ham doing as well this time and although people might talk about Newcastle if they make a good start, I think they will make the Europa League – that would be a successful season for them.”

In his BBC column, he wrote: “Arsenal have bolstered their attack too and Gabriel Jesus is a very clever signing.

“Manager Mikel Arteta knows him from their time together at City and I think Jesus will flourish now he is the main man and leading the line rather than looking around and not knowing whether he is a centre-forward or not.” 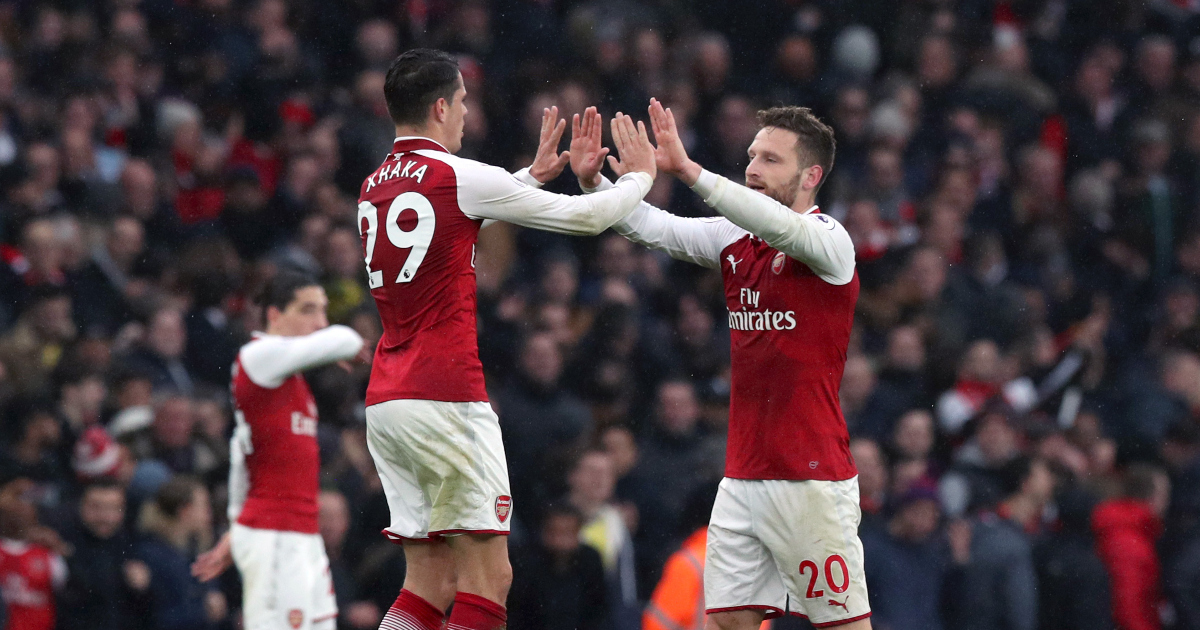 READ: The last 3 times Arsenal spent over £100million & what happened next

Agbonlahor agrees with Shearer on Jesus. Speaking to Football Insider, he said: “What you can tell from pre-season is that he is going to fit into the Arsenal way.

“He’s going to get so many chances, chances that [Pierre-Emerick] Aubameyang, [Alexandre] Lacezette, [Eddie] Nketiah and [Folarin] Balogun were all missing, he will put away.

“He will get at least 15 Premier League goals, guaranteed. That’s huge and what Arsenal have been missing.

“Over the years they’ve had Ian Wright, Thierry Henry, now this is the next one for Arsenal.

Although the former Manchester City and QPR defender did not put Arsenal in his top four in his BBC predictions – he put Tottenham third and Manchester United fourth – he was also positive about Arsenal’s £45 million Brazilian.

“Jesus arrives with a point to prove because he has always been in the shadows a bit at City,” Onuoha said.

“He is the main man now and I expect him to do very well. If he can lead the line and pass on the experience of what it takes to be successful in the Premier League, then Arsenal are going to be very competitive this year.”

The Jesus love-in was real on the Beeb.

Warnock went even further: “I am a huge fan of Gabriel Jesus. He could be the signing of the season.”

He also had Arsenal finishing fourth.

Starting off with an outstanding cliche, he told the BBC: “I am almost worried that the pre-season has gone too well for Arsenal.

“I know why you might say that, when the first game comes around, those good pre-season results count for nothing. But we all know that they count for a lot in terms of building some belief.

“If Arsenal lose that first game, all of that has gone. Palace will be a really tough game in a white-hot atmosphere, especially because Eagles boss Patrick Vieira has them playing in the true sense of his own personality now.

“If Arsenal can match that fight in their very first test, it is massive for the rest of their season.” 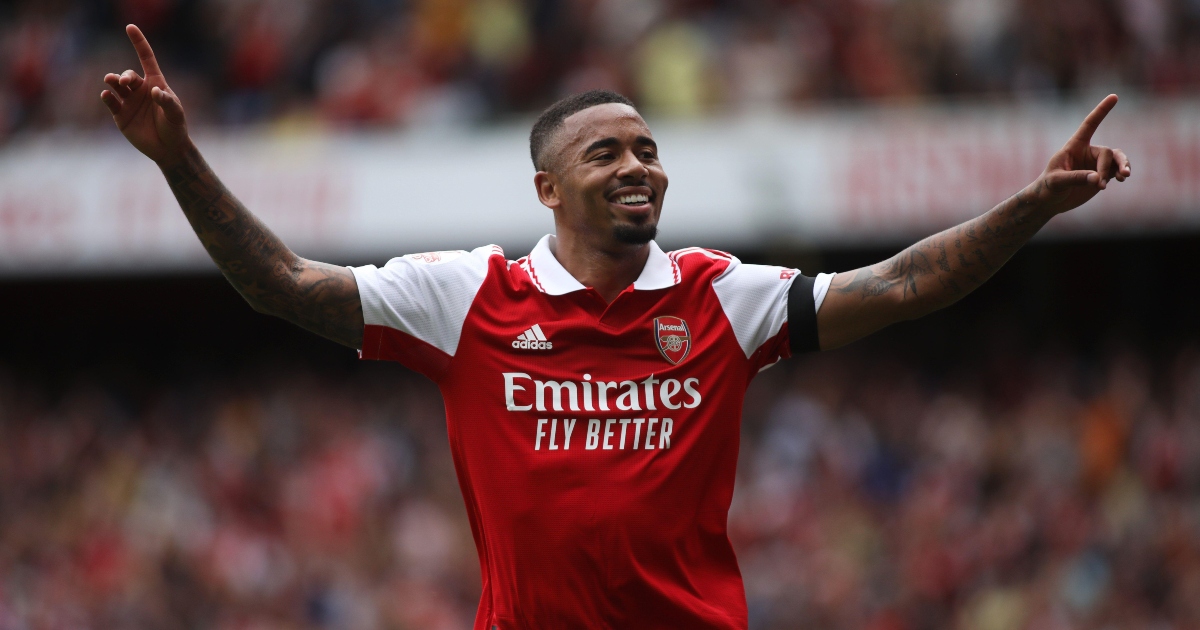 The Romford Pele was even more upbeat in his assessment on talkSPORT.

Parlor said: “I would go to Manchester City to win it. Says Liverpool, definitely. I think Arsenal have to aim for third. That’s going to be their aim.

“If they can keep everyone fit, one more player coming in, then they have a decent squad, so I am going to go third for Arsenal and then Spurs will be good [for fourth].”

The former Man United midfielder spoke to CaughtOffside about the upcoming season and said his predictions were, “City to win it, Liverpool second, United third, and then I’d probably lean towards Arsenal in fourth. I like the recruitment they’ve made and rate Mikel Arteta.”

On that Arsenal recruitment, he added:[Oleksandr] Zinchenko is more than capable of playing at left-back, but they’ve already got the excellent Kieran Tierney there, although he’s suffered some injuries.

“I would imagine that he’s gone there because he’ll get a chance in midfield. That’s the position he prefers to play, that’s where he plays for the Ukraine national team the majority of the time.

“That’s an area of ​​the pitch where Arsenal needed to strengthen, so it looks like a smart deal. With Gabriel Jesus as well, that’s two fantastic signings from Manchester City who could really propel them forward.”

On Sky, Carragher squeaked: “I think Tottenham can take Chelsea’s place, almost the team behind the top two, pushing a little bit. All the other teams, bar Chelsea, are going for the top four.

“I think Manchester United will be better because they have a better manager – but I am going to go for Arsenal [for top four].”

We started with an Arsenal legend and we’ll finish with one.

On ITV, Wright said: “Obviously I hope Arsenal will be close. I think Tottenham are doing some great business, they are going about their business.

A tribute to Thierry Henry, Arsenal’s scorer of more goals and better goals

A brilliant Xl of Arsenal players aged 23 or under: Saliba, Saka, Odegaard…

Can you name every player to appear for Arsenal under Mikel Arteta?