When Real Madrid first started their pursuit of Kylian Mbappe in 2017 (trying and failing to sign him from Monaco), Vinicius Junior was still not much more than a twinkle in the club’s chief scout Juni Calafat’s eye. He had identified the then-16 year-old as the next big thing and Madrid had signed him loaning him back to his club Flamengo.

When Madrid bid € 180m for Mbappe last summer, Vinicius was now 20 years old but he had still not blossomed as the player Madrid were desperate for him to become. He had only scored three league goals and coach Zinedine Zidane did not trust him.

Now, as Madrid are dealt a third rejection by Mbappe, one thing is very different: Vinicius has finally arrived at the top table of world football. He can fill the void left by Mbappe’s no-show. 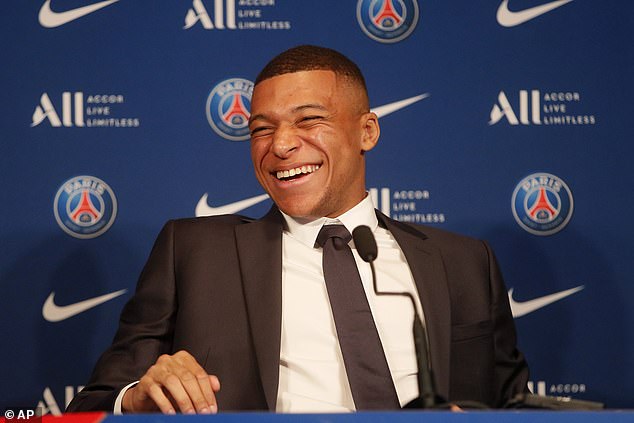 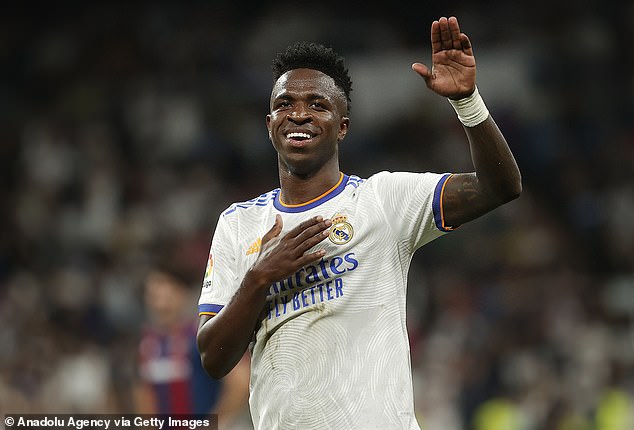 Had Mbappe arrived this summer, he would have wanted that left-sided berth in Madrid’s front three. As it is, the position is Vinicius’ for as long as he wants it and the 21-year-old is being urged by his club, not just to erase the memory of Madrid’s botched attempt at signing Mbappe, but to go on and become a better player.

He has scored 21 goals and given 20 assists this season. His goal against Manchester City in the Champions League was one that very few players, himself and Mbappe aside, could have scored.

Mbappe has a World Cup winners’ medal already but Vinicius will feel he has a decent chance of winning his first when he plays for Brazil in Qatar this November.

He is two years younger than the Frenchman and while it is true Mbappe’s 39 goals and 26 assists top Vinicius’ stats there is confidence at Madrid he can surprise people next year as he has done this season. 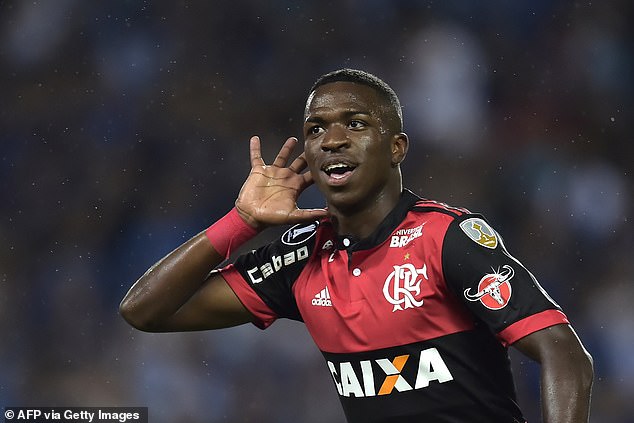 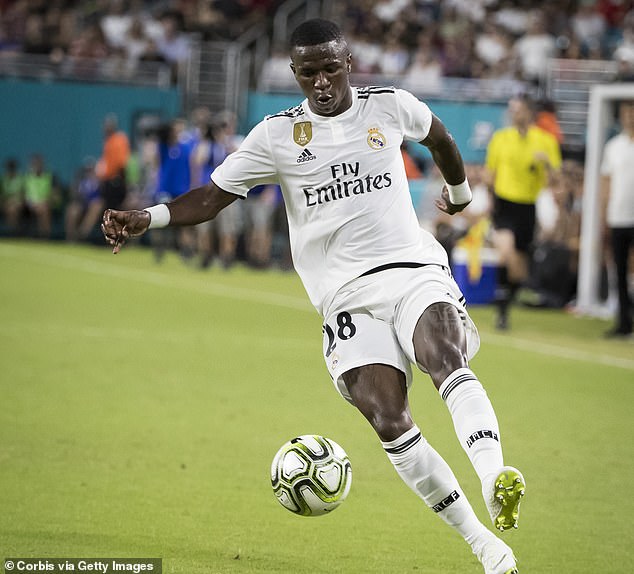 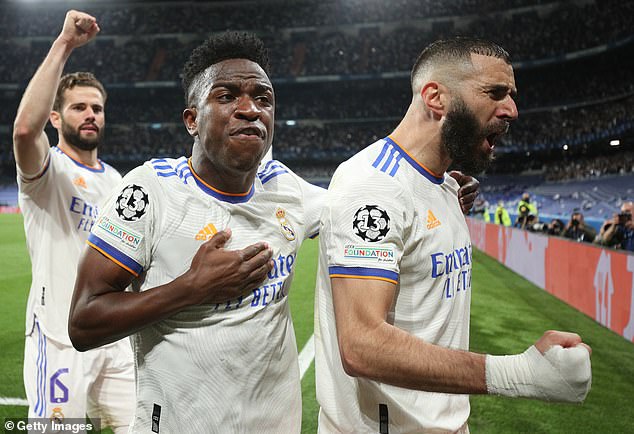 Carlo Ancelotti is a believer. Asked recently if Mbappe’s arrival would mean Vinicius giving up his natural starting position on the left he hinted that he would not want to switch the Brazilian. He wants Vinicius to use his pace more, not just in terms of beating players one to one, but running in behind defences on to through-balls. He has improved beyond recognition this season, and under Ancelotti there is confidence that he can go on getting better.

‘It’s as if he has learned how to finish overnight,’ said respected pundit and former Real Madrid player, coach and director Jorge Valdano earlier this season. But as much as learning the craft of converting chances it seems Vinicius has simply benefitted by being left on the pitch by Ancelotti and not being the first player taken off by Zidane.

In Real Madrid’s last-16 game away at Manchester City in 2020, with Real Madrid chasing the tie, Vinicius was left out by Zidane despite the Spaniards needing to turn around a first-leg defeat.

He did not react well. Instead of keeping his head down and waiting for his chance from the bench he read his mobile through the team-talk, before not even warming up ahead of the game. 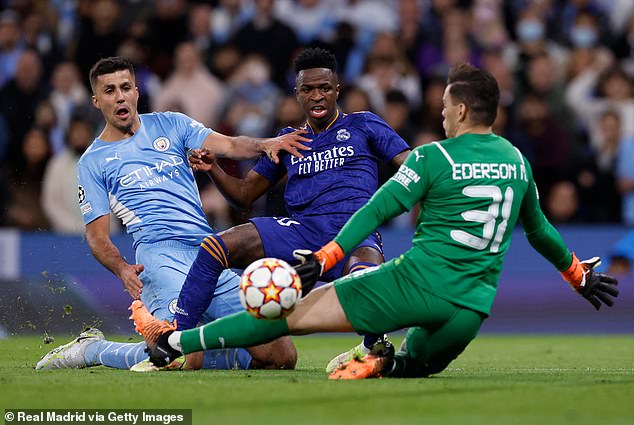 Zidane’s position was further entrenched by that reaction. Yet Vinicius has won over his successor, Ancelotti, and the player who is now his strike partner, against all the odds.

It was October 2020 when Karim Benzema’s disdain for Vinicius went viral. With the players waiting to come out for the second half in a Champions League game, television cameras picked up Benzema telling compatriot Ferland Mendy: ‘Don’t give it to him; it’s like he’s playing for them. ‘

Multilingual Thibaut Courtois was in earshot and so was Vinicius but the Brazilian was unable to understand French so he was unable to pick up on the contempt he was being shown by Benzema who was as good as his word in the second half against Borussia Monchengladbach.

He duly refrained from passing to the Brazilian for the rest of the match and Mendy gave Vinicius the ball just three times. This season Benzema and Vinicius have been the best attacking pair in LaLiga and in the Champions League. 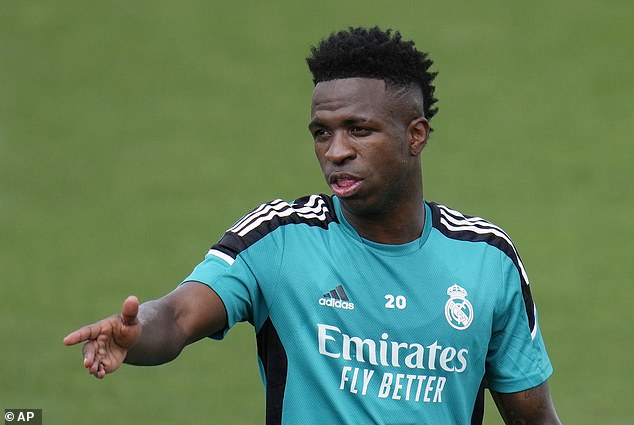 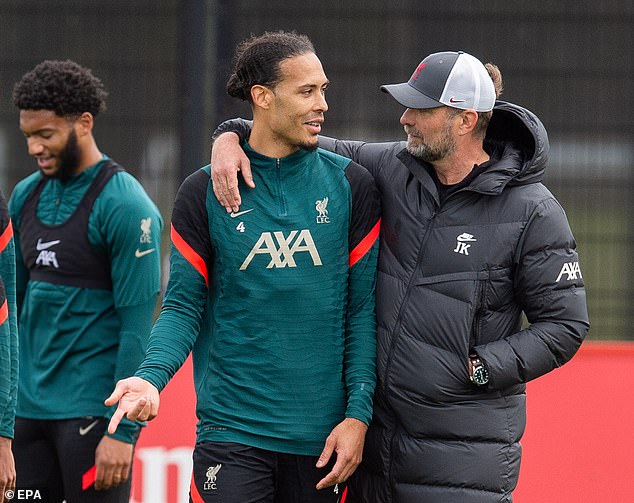 If there is one player who can lift the Mbappe-induced gloom over the club it is him.

Discovered by Calafat not long after 2014 when Real Madrid’s president Florentino Perez decided to change transfer tack and sign younger players for smaller fees, Vinicius is the greatest vindication for that new transfer policy.

They imagined that the days of them being able to outbid every other club in the world and pick and choose their big summer signing were gone. They were right, as they were reminded at the weekend when Mbappe announced he was staying in France until 2025.

They do not have Mbappe but they do have Vinicius.

Affection for him will only increase now. And even more so if he wins his first Champions League with the club on Saturday.