When Champions League format changes were finally approved on 10th May, around four years and one Super League after the debate began, Uefa president Aleksander Ceferin spoke with genuine pride about how this would be a truly open competition.

But just how open, really, is European soccer at the continental and domestic level, and could the divide between the big clubs and the rest be about to widen still further?

Let’s start with the battle that has been fought – format.

Domestic leagues and fan groups were relieved that plans to grant qualification to two teams in the expanded Champions League based on club coefficient were dropped in favor of a country coefficient model.

While that removed a safety net based purely on an individual club’s pedigree, in four of the last five seasons a Premier League club would have benefited from an extra place had the new system been in use.

Uefa deputy general secretary Giorgio Marchetti insists its coefficient scoring system is a dynamic one, and pointed to the fact that the Netherlands would have been the other beneficiaries had the system been in place this season, thanks to Dutch clubs performing well in the third-tier Europa Conference League.

But the countries with four automatic Champions League group stage places are at an immediate advantage, with bonus points awarded to each club ‘reaching’ that stage.

If the extra places invariably go to the ‘big five’ leagues year in and year out, expect the calls for a review of the scoring system to grow ever louder.

Then we move onto the battle that lies ahead – financial distribution from the new competitions.

Top clubs will say they are the ones driving annual revenues, projected to be around € 5 billion (US $ 5.3 billion) per season, and will be looking for a bigger slice.

European Leagues, the umbrella body representing 37 professional leagues on the continent, wants significant reform to improve competitive balance between and within leagues.

The balance between leagues, and how their clubs perform in Europe, is starkly illustrated in the 2020/21 season. Only one club – Portuguese side Porto – from outside the big five leagues reached the last 16.

You only need to look at their reward, in terms of Champions League earnings compared to others, to see why it is so difficult for clubs outside the biggest leagues to go deep in the competition. 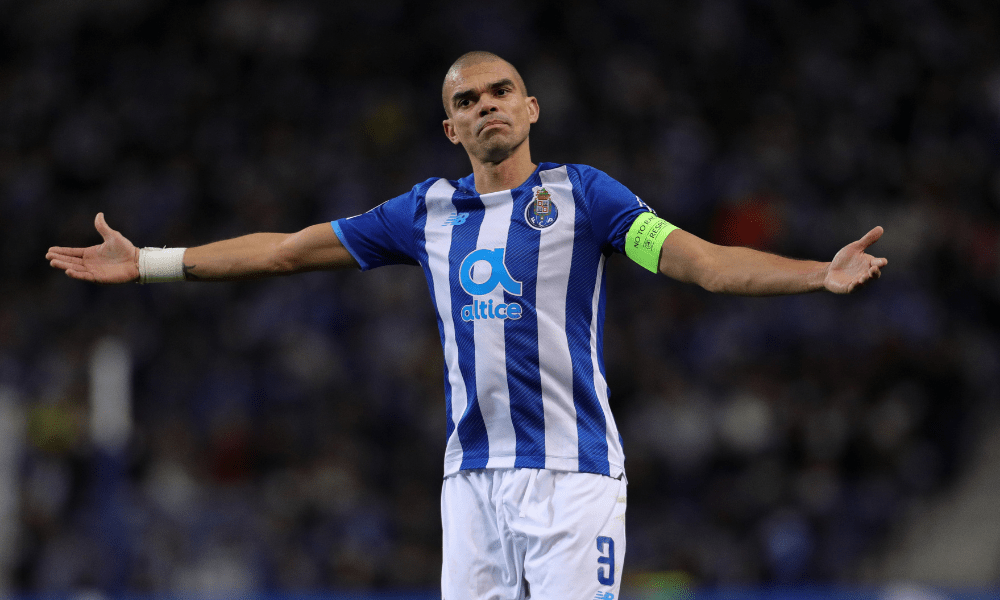 Manchester United and Club Brugge failed to advance past the group stage, with United earning one point more. Yet United earned € 61.94 million (US $ 65.6 million) from the Champions League, compared to € 34.86 million (US $ 36.9 million) for the Belgian side.

Like with the coefficient qualifying system, the advantages to the big clubs are baked into the financial distribution model. In the Champions League, a combined 45 per cent of competition revenue is allocated to coefficient ranking (30 per cent) and market pool (15 per cent). In other words, they have nothing to do with current season performance whatsoever.

The Europa Conference League competition revenue split is one which European Leagues feels is much fairer – 40 per cent divided equally between the group stage qualifiers as a starting fee, 40 per cent based on performance, ten per cent on coefficient and ten per cent on market pool.

Over time, a split like that for all the competitions, not just the third-tier one, might just start to address the imbalance between leagues, and how they perform in European competition.

Uefa prize money to clubs in medium-sized and smaller leagues who regularly compete in the group stage is at great risk of creating an unbridgeable gap.

The financial split between the Champions League and the other competitions is also in need of addressing. Of the money going to clubs participating in the group stages, 74.3 per cent in the current and previous cycle goes to clubs in Europe’s premier competition, 17 per cent to Europa League clubs and 8.7 per cent to Europa Conference League clubs. If the same percentages are maintained post-2024, clubs in the top-tier competition can expect to be sharing around € 2.85 billion (US $ 3 billion) between them.

To tackle the imbalance between leagues, the key is getting a fair deal on solidarity payments to non-participating clubs.

These increased in the current 2021 to 2024 cycle to five per cent of revenue, compared to four per cent in the previous 2018 to 2021 cycle. That direction of travel is encouraging to the leagues, as is the agreement of the top five leagues to have their solidarity pay-outs capped in the current cycle which means a larger share for clubs in the other associations.

Uefa prize money to clubs in medium-sized and smaller leagues who regularly compete in the group stage is at great risk of creating an unbridgeable gap between the top one, two or three clubs and the rest in competitions where domestic broadcast revenues are low – and likely to stay low if the leagues become predictable.

It is probably no great surprise to learn that Dynamo were 2020/21 champions, with Shakhtar second and Zorya third. The next-best side, Kolos, were nine points behind Zorya.

The risks of creating a Super League by default are clear.

The system has built-in benefits to keep the biggest clubs in the biggest leagues financially competitive, while clubs from medium-sized and smaller leagues, boosted by regular Champions League participation in the earlier rounds, start to pull away domestically.

Uefa, as the regulator for European soccer, has a duty to help level it up and make sure ‘open competition’ is real and not imagined.