When will the draw take place?

The draw for the UEFA Europa League group stage will be held in Istanbul in Turkey, on Friday 27 August 2021 from 11am UK time.

It will be conducted by former Sevilla goalkeeper Andres Palop and former Villarreal and Spain midfielder Marcos Senna.

Where are we seeded in our group?

Our position in the draw is governed by which other 31 clubs are taking part in the group stage and our 2021 UEFA club coefficient (CC).

Our CC is calculated as 20% of England’s coefficient over the last five seasons (100,565), as this figure is higher than the points we collected ourselves for reaching the UEFA Europa League Play-Off round in 2016/17.

Clubs who have competed in Europe regularly in recent seasons have higher CCs and will therefore receive a higher seeding in the draw. For example, Lyon’s CC is 76,000, Napoli’s is 74,000 and Leicester’s is 32,000, so all three would receive higher seedings than the Hammers.

So, to cut a long story short, we are seeded in Pot 3.

Once the draw has taken place, clubs will hold discussions with each other, UEFA and other relevant stakeholders to decide and confirm the fixture list.

So, who could we play against?

West Ham United are in Pot 3, which means we can be drawn against any of the 24 teams in Pots 1, 2 and 4, except for Leicester City, who are in Pot 2, as you can not face an opponent from your own country in the group stage.

As such, our 23 potential opponents are as follows:

At present, UEFA have not confirmed if away supporters will be permitted to attend Europa League group stage matches this season. A decision on this will not be known until Wednesday 1 September at the earliest. An update will be provided to our supporters as soon as possible, including details of any travel restrictions that may be in place. Supporters are advised not to make any travel arrangements for our away fixtures in the Europa League until further guidance is provided. Thank you for your patience and understanding in this matter.

When will our group-stage matches take place?

Our six group-stage fixtures will be held on Thursday evenings throughout the autumn as follows: 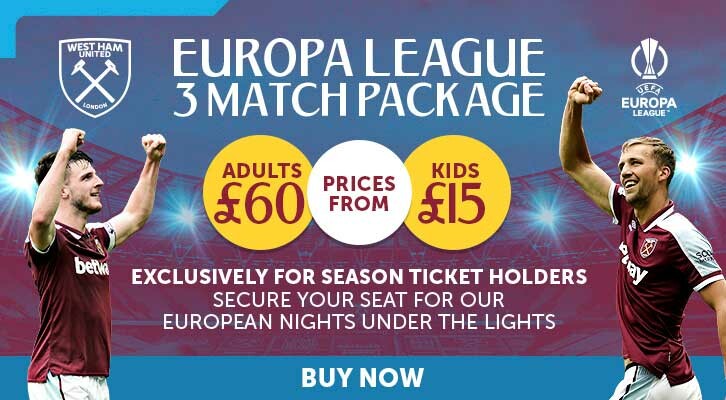