Tottenham Hotspur travel to Norwich on Sunday with Champions League football in their grasp.

Arsenal, two points behind, are the only team that can overhaul them, but anything but a loss will effectively secure a place for Antonio Conte’s side in next season’s competition.

Avoid defeat to already-relegated Norwich should be achievable. Stranger things have happened, though, and not least to Tottenham on the last day of a season when they are pushing for a top-four finish.

Spurs will always remember the story of ‘Lasagne-gate’ – the day in 2006 when a huge segment of their squad came down with suspected food poisoning, which they felt contributed to a defeat at West Ham that saw them miss out on a place in the Champions League.

Some Tottenham fans are understandably nervous and many Arsenal fans are hoping for a repeat scenario ahead of Sunday’s match. But, as The Athletic will reveal below, Spurs have long since changed their matchday operations, while new Premier League rules would also work in their favor.

Here, The Athletic explains how Lasagne-gate is unlikely to ever happen again. Probably…

In 2006, Tottenham were a point ahead of Arsenal. They knew a win would see them qualify for the Champions League.

Around 10 members of the squad informed the club doctor that they had endured an extremely rough night, with a number of them being violently sick.

The players had eaten at a buffet dinner in a private room. Many of the players were said to have helped themselves to the lasagne, which was one of the food options along with steak, chicken and pasta.

“I was in a bad way,” Davenport told The Athletic in 2020. “I remember waking up at about 5am and thinking, ‘I never wake up for the toilet or anything, what is wrong here?’ I got on the toilet and had my head in the sink and my backside on the toilet and… well, it wasn’t pretty.

“I could not get off the toilet so I rang the team doctor and explained how I felt. I was told, ‘Calum, you’re not the only one, I’ve had some other people on the phone as well’. I was given something to make me feel a little better and then went down to breakfast. ”

Carrick wrote in his 2018 autobiography Between the Lines: “I’d never endured agony like this. It felt like a fire was lit in my guts with petrol poured on it again and again. The pain kept flaring up and I curled up in bed, praying for it to pass. ”

Spurs pushed for a postponement but it was not possible, despite West Ham opponents being happy to delay the game. Tottenham’s players were clearly affected by their illness and lost the game 2-1.

Arsenal beat Wigan 4-2, which meant they qualified ahead of Spurs. 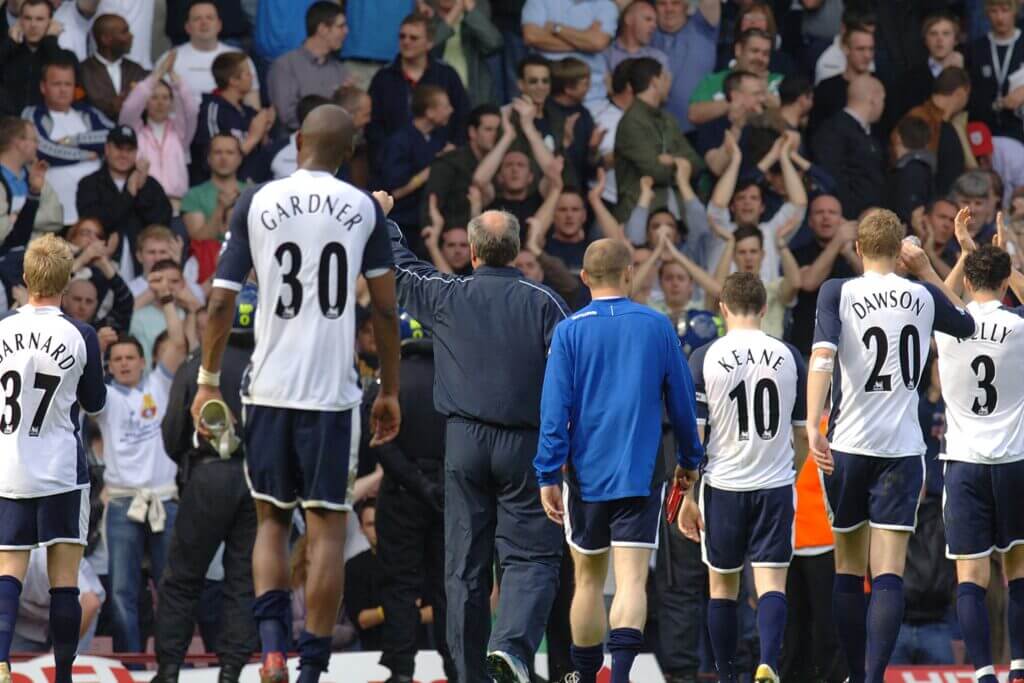 As you’ll find out later, it might not have been a dodgy lasagne that cost Spurs. However, the club have different measures in place now.

The Athletic has been told that they take two chefs to away games to help oversee meal preparations at hotels. They do lean on hotel staff to prepare meals for 50 people but, like most clubs, their own chefs oversee the process.

Those chefs will travel on Saturday and have the food ready for players to eat when they arrive at their hotel that day. On Sunday, they will also look after what the players consume, including making food in the kitchen area of ​​the coach on the way to their match against Norwich so it is ready for them to eat post-match.

Is this different to the usual protocol?

No. Tottenham do this for every away game.

Players love routine and it is believed that it is important not to do anything differently and take risks.

Spurs are essentially protecting against a repeat of Lasagne-gate by doing what they already do.

Does this protect against the same situation happening?

Not exactly. After the loss to West Ham in 2006, Spurs made their players provide urine and stool samples.

Davenport did not know what a stool sample was and recalled: “I had to drop one in a tub and they sent this geezer in a big black Mercedes a day or so after the West Ham game because Levy wanted to get us all tested to make sure the food was not tampered with.

“I remember getting calls from the club saying, ‘You need to do this, we’re sending a car.’ You only had to give a small sample but I’ve done this whopper in a Chinese takeaway container. I said to the guy, ‘You’re not picking me up, you’re picking this up. And you’ll want to put this in the boot, it’s going to stink ‘.

“He had to drive all the way to London with this pot of tupperware full of my mess, then he drove off. I was cracking up laughing. ”

The Health Protection Agency completed an investigation and found “completely negative” evidence of any food poisoning at the hotel.

Dr Alex Mellanby, consultant in communicable disease control at the North East and Central London Health Protection Unit, added: “The only positive finding from the investigation has been a positive sample from one of the affected persons which showed norovirus, a form of viral gastroenteritis . ”

The hotel was cleared of any wrongdoing, with the accepted wisdom being that a highly contagious virus that had spread quickly through the squad because of their close proximity to one another was most likely to blame. 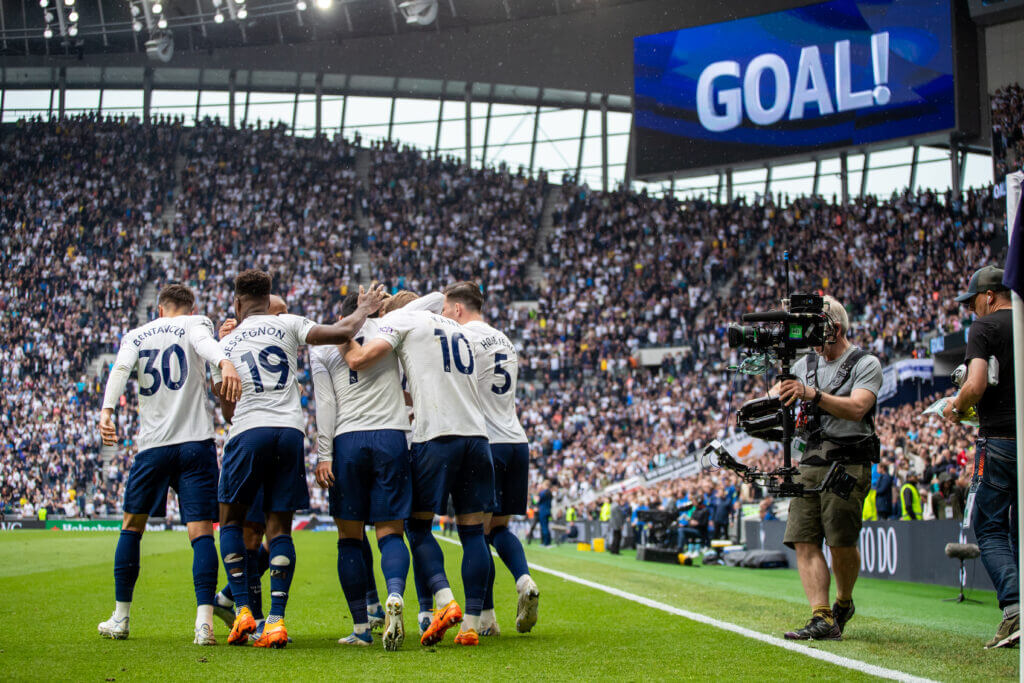 Tottenham are on the cusp of qualifying for next season’s Champions League (Photo: Federico Maranesi / MI News / NurPhoto via Getty Images)

What about postponements due to illness?

This is slightly complicated. Following the postponement of the north London derby in January, the Premier League updated their postponement guidelines.

The Premier League rules state: “Where a club cannot field 13 outfield players and a goalkeeper either from its squad list or its appropriately experienced Under-21 players, the match will be postponed.”

However, the rules now state that there “must be a minimum of four COVID-19 cases within the list of unavailable players.”

The other factors considered are:

Spurs, of course, will be hoping for a weekend without any exceptional circumstances – lasagne-based or otherwise.

So, have any Spurs players been ill lately…?

It’s funny you should ask. Speaking after Sunday’s 1-0 win over Burnley, manager Antonio Conte said: “Yesterday morning the doctor sent me a message saying that a few players felt not well and (had) a stomach problem, vomiting and also fever. For this reason, (Dejan) Kulusevski did not have a training session, also (Pierluigi) Gollini, also Hugo (Lloris). He was not in a perfect condition today, also Winksy (Harry Winks). ”

Fortunately for Spurs the bug was not serious enough to prevent them from picking up another three points – Lloris played the full 90 minutes and kept a clean sheet, Kulusevski made an 11-minute cameo from the bench, while Winks and Gollini were both unused substitutes .