By Sami Mokbel for the Daily Mail

Harry Kane is now optimistic about his future at Tottenham – a year on from his failed attempt to force through a move to Manchester City.

The forward netted his 50th international goal on Tuesday night, scoring a late penalty to secure a draw against Germany that saw him move clear of Sir Bobby Charlton into outright second on the list of England’s all-time top scorers.

Kane now needs just four more goals to surpass Wayne Rooney’s record total of 53 and move top of the list. And as he moves closer to immortality, there has been a significant shift in his attitude towards domestic matters. 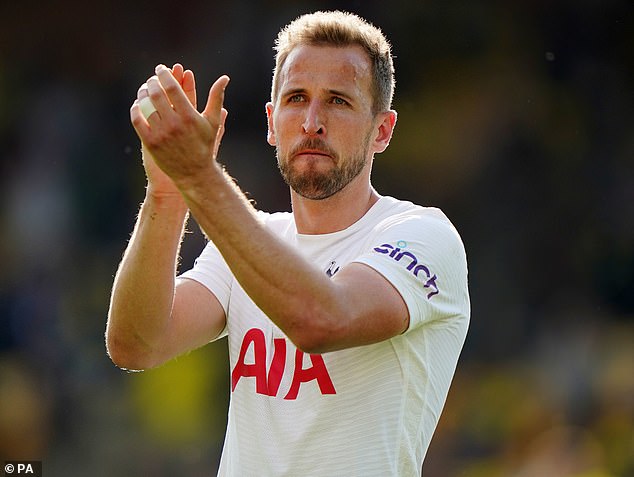 Kane is said to be positive about his chances of finally being part of a successful team at Tottenham. Antonio Conte’s impact at Spurs – which has seen them regain their Champions League status – has excited the 28-year-old, who now feels he can fulfill his ambitions under the Italian coach.

Having informed the club of his desire to leave 12 months ago, Kane was expected to agitate for a move again this summer.

However, as it stands, Spurs are not expecting a repeat of last year transfer saga. The fact that there does not appear to be an obvious buyer for Kane this summer is also a factor.

Of the remaining three Champions League qualifiers, Manchester City have already signed Erling Haaland and Liverpool have made Darwin Nunez their prime target. And there is no way Spurs chairman Daniel Levy would sell Kane to Chelsea.

Manchester United have a long-term interest in Kane, but there seems little chance of him joining a club playing in the Europa League. 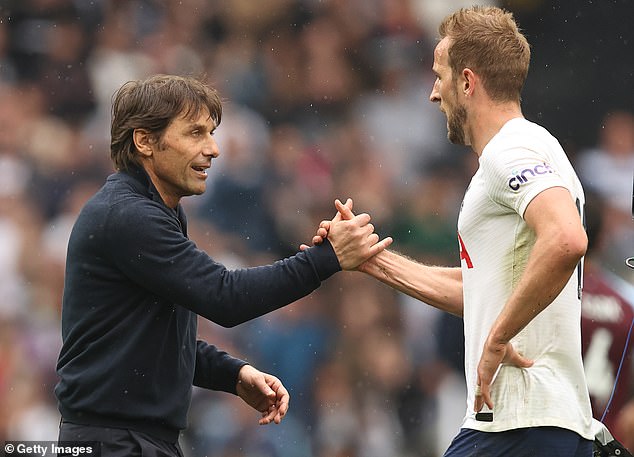 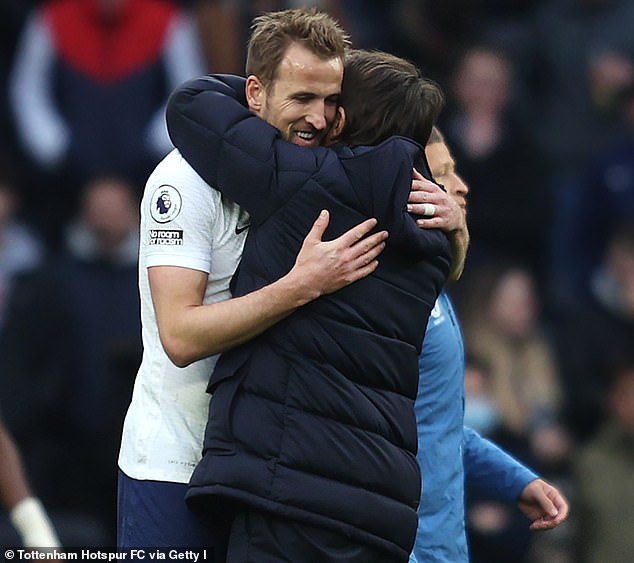 He has two years left on his current deal and sources have told Sportsmail talks over a new contract are yet to start.

However, all evidence currently suggests that Kane will stay for at least another season and his reinvigoration under Conte has made Spurs more positive about their chances of persuading their talisman to end his career at the club.

For now, Kane is focused on England’s two remaining matches of the summer.

However, he is set to be down for the clash against Italy on Saturday with manager Gareth Southgate indicating that he will rest his captain and give Tammy Abraham the opportunity to cement his place as Kane’s understudy.

Kane wants to line up against the European champions, saying: ‘I want to play every game possible, he (Southgate) knows that for sure.’ 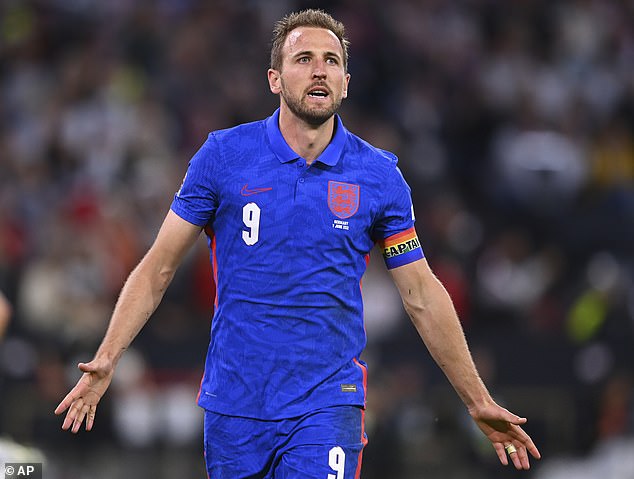 But Southgate is likely to resist the temptation to start Kane, who has played every minute of both of this month’s Nations League games and has played 60 matches in total for club and country this season.

Sportsmail revealed last week that Southgate was keen to provide Roma striker Abraham with a chance to impress, as the England boss is wary of the lack of center-forward options behind Kane with the World Cup approaching.

‘We’ve clearly got to look after the welfare of the players,’ said Southgate. ‘Harry is also a phenomenal professional, the way he looks after himself.

‘I’m not saying he’s going to get his desire to start all four games because there’s also Tammy that we want to see perform as well.’ 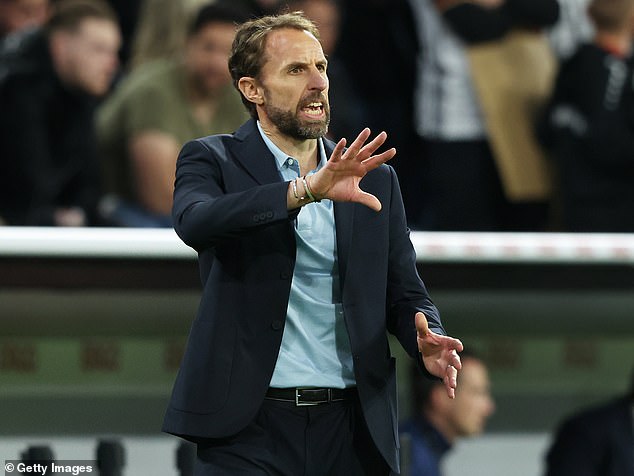 However, Gareth Southgate is set to rest his captain for Saturday’s clash against Italy 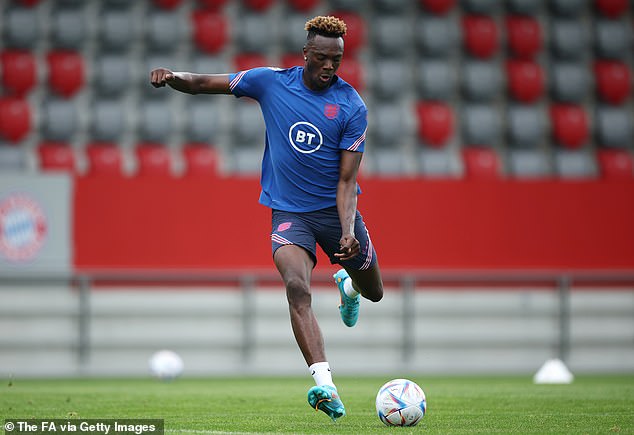 Southgate is expected to make a host of changes for the Italy game, which will be played behind closed doors at Molineux as a punishment for the violent scenes that marred last summer’s Euros final at Wembley.

In addition to Abraham, central defender Marc Guehi is set to be available after sitting out the games against Hungary and Germany.

Reece James, who did not feature in Munich, will be hopeful of playing, with Trent Alexander-Arnold expected to be released after his marathon season with Liverpool.

Goalkeeper Jordan Pickford is also set to be rested – either against Italy or for Tuesday’s clash against Hungary – opening the door for either Aaron Ramsdale or Nick Pope to feature.