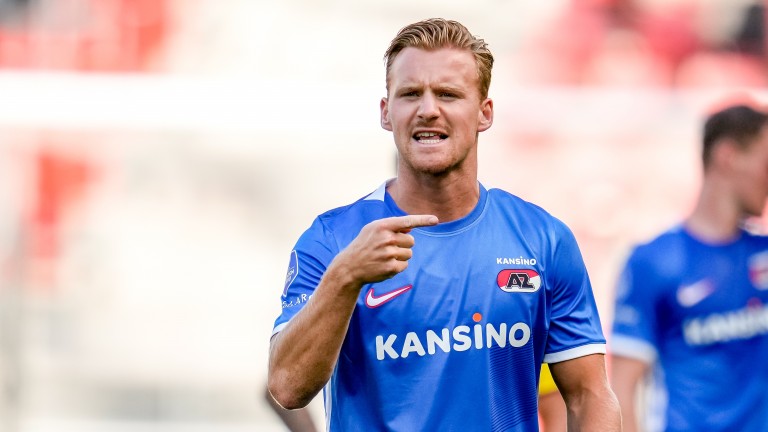 The BBC are marking Dundee United’s first European tie for ten years by screening their Conference League showdown with AZ Alkmaar, but the odds suggest it’s going to be an unhappy return to the big time for the Tangerines.

Jack Ross’ men are massive 21-5 shots to beat the Dutch raiders in the first leg, which will be shown live on BBC Scotland.

This is AZ’s bread and butter. Pascal Jansen’s men are European mainstays and have reached at least the last eight of the Europa League four times since 2005.

United are rightly outsiders although Ross insists he’ll be positive. The fact is, though, that AZ have a stack of attacking options, none more clinical than penalty-taking number ten Dani de Wit, scorer in both legs of home-and-away wins over Tuzla in the last round, and a fair fancy at 15-2 to open the scoring.

AEK Larnaca won plenty of plaudits for their two efforts against Midtjylland in the Champions League, a pair of 1-1 draws which ended in a penalty shootout won by the Danes.

That has relegated Larnaca to the Europa League and a double-header with Partizan Belgrade which they ought to feel fairly confident about.

Partizan are four games into their season and have not won any of their last three and have a different look about them this season.

The same is true of Larnaca, who are undergoing a serious multi-national makeover under Jose Luis Oltra, a man with La Liga coaching experience at Levante, Tenerife and Deportivo La Coruna.

Shamrock Rovers’ head coach Stephen Bradley said he was hugely impressed watching Skopje draw 2-2 at Dinamo Zagreb in a Champions League tie that the Croats would win 3-2 on aggregate.

The Macedonians did offer a threat and can win in Tallaght against a Rovers side who were kicked out of the Champions League, 4-2 on aggregate by Ludogorets. Shamrock won the home game 2-1 but Ludogorets played with ten men for 40 minutes.