It must have dawned on Jesse Marsch that in terms of the summer holiday afforded by the English football season, you blink and miss it. Survival at Brentford seems like yesterday. Thirty five days on from that chaotic finale, pre-season will be underway.

Marsch got away from Leeds for a short break abroad, but even that was interrupted when he returned to meet Rasmus Kristensen before the right-back’s transfer from RB Salzburg. He is back in the building at Thorp Arch, ready for the first morning of testing and training next week.

Pre-season is pre-season, a routine coaches and players have been through more times than they care to remember, but for Marsch, this one is of particular importance – his chance to move on from a “band-aid project”, as he described his first 12 games as manager, to a more organized and coherent plan. The next six weeks are where he can address the question of what a settled Marsch team looks like and how, longer term, Leeds will play under him. This is where he should leave his mark.

The club have three new signings on board, though only one of them, Marc Roca, will be with the initial group who report back in three days’ time. Kristensen and Brenden Aaronson have taken part in Nations League matches during the summer and fall into a second category of players who have been granted an extra week away by Marsch. By the time the entire squad are together, Leeds will have contested their first friendly, a behind-closed-doors fixture. The club are planning to play six matches in all before the new season gets going on August 6. 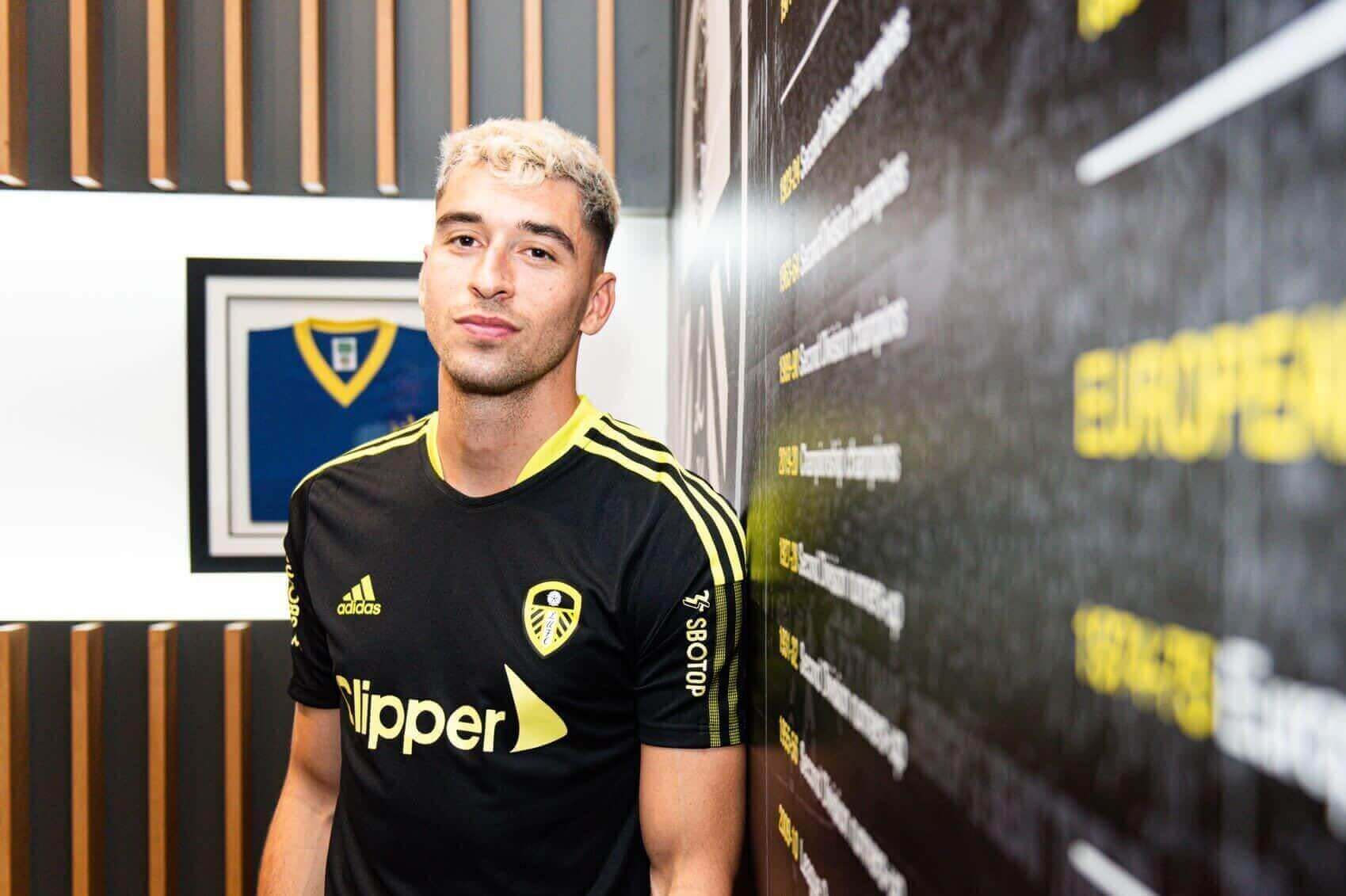 Marc Roca will be the only new signing to be with the initial pre-season party (Photo: Leeds United)

Pre-season will start this Monday morning with a day’s testing at Leeds Beckett University. Leeds have used the same academic facilities in previous summers and analysis of the players’ physical and mental state will set them up for training at Thorp Arch on Tuesday. The earliest sessions Marsch has arranged are by way of preparation for their behind-closed-doors game next weekend – one of two outings planned before they fly out on a tour of Australia.

Leeds have confirmed no more than their three matches in Australia, against Brisbane Roar on July 14, Aston Villa on July 17 and Crystal Palace on July 22, but they intend to contest an in-public friendly in York – the venue for their meeting with Villarreal a year ago – before turning out at Elland Road on the final weekend before the Premier League season kicks off. The opposition for the Elland Road date is still to be announced.

The initial group who will report in on Monday comprises every player who was not called up for international duty at the end of last season. Helder Costa and Kiko Casilla, who completed loans in Spain during the 2021-22 term, are included on that list.

The rest of Marsch’s squad are scheduled to be back on July 4, a week before the squad travel to Australia. That includes Kalvin Phillips, who is abroad on holiday, and Raphinha, who had a bid for him from Arsenal rejected on Tuesday. Both are expected to be present unless there are transfer developments.

Reframing Marsch’s squad in this transfer window was essential after running so close to relegation, but alongside recruitment and an approach to signings that aimed to increase the pool available to him, Leeds have devoted attention to improving the durability of their dressing room.

Last season, the club were stuck in a debilitating cycle of injuries, trapped in a constant conversation about the causes and the implications of them. Total days lost to injury among their first-team players rose far above the Premier League’s average level and Leeds have taken steps to address the problem by agreeing a contract for the coming year with Zone7, a data analysis firm that uses artificial intelligence to monitor risks to the fitness of individual footballers.

Zone7 linked up with Liverpool last season and worked with Jurgen Klopp’s team in a year when injuries and days lost to the club decreased markedly, despite Liverpool coming within touching distance of winning four trophies and playing 63 games.

“For us, it’s the ultimate success story,” says Rich Buchanan, Zone7’s performance director. “We understand that what happened isn’t completely down to Zone7. The staff at Liverpool are world class and innovative in their own right. But we like to know that we were part of the process. ”

Leeds’ head of medicine and performance, Rob Price, established a relationship with Zone7 several years ago but the impact of missing players on results last season encouraged the club to negotiate a deal to use the company software during the campaign ahead.

Zone7, which works with more than 50 clubs and offers services to NBA and NFL franchises, uses reams of injury data and millions of hours of game and training statistics to produce projections about when or if players are likely to be more prone to injury. Price and Leeds were given the chance to do due diligence on Zone7’s systems before signing up and its AI program will attempt to draw clearer conclusions from the data the club gather. 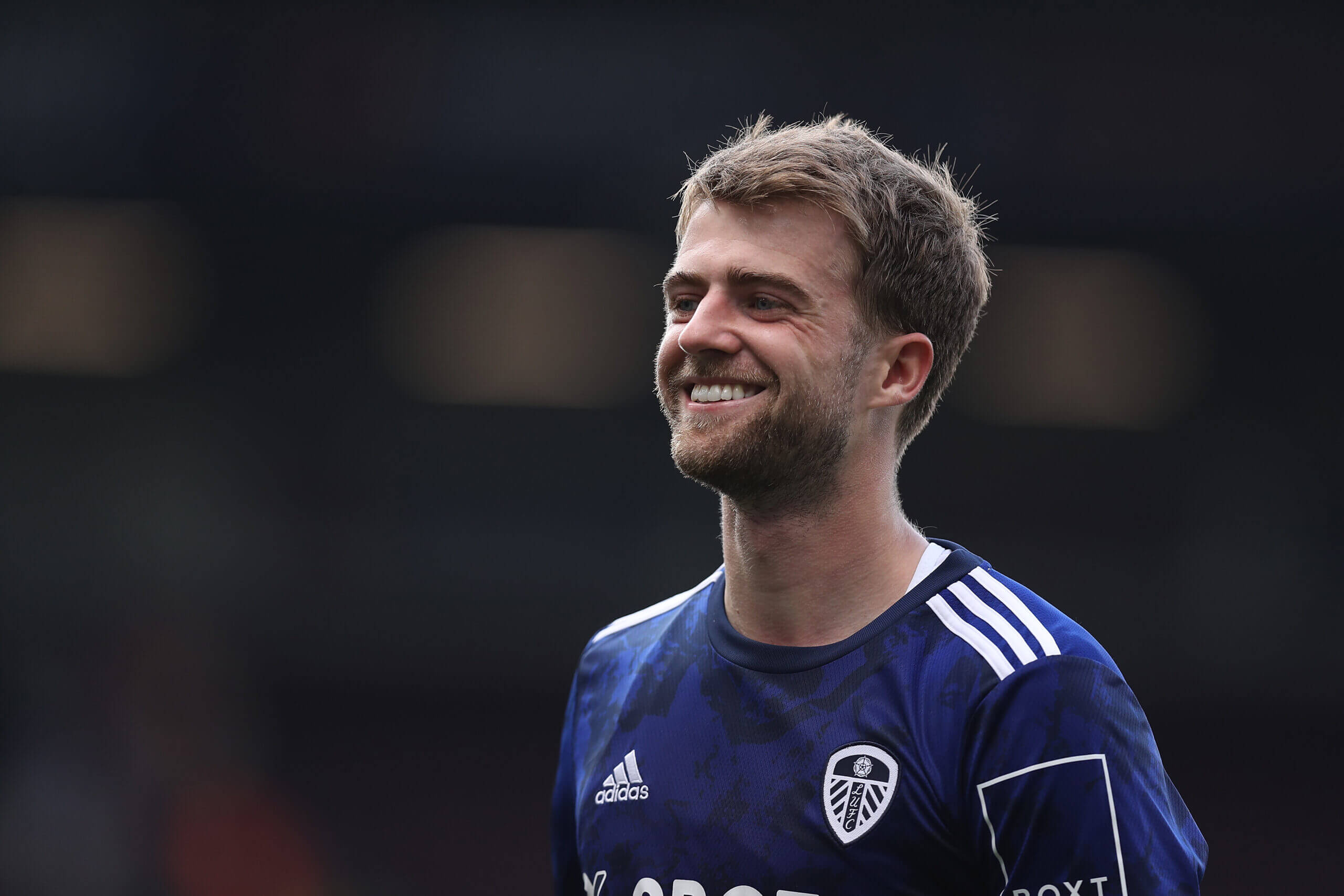 Buchanan is a qualified physio who holds a UEFA A coaching license and was employed for many years as performance director at Swansea City. He has worked for the Premier League and in Major League Soccer. Studies have shown individual injuries can cost a Premier League club around £ 200,000 on average, between costs related to factors like medical treatment, wages paid during their rehabilitation and insurance premiums. Other research has drawn clear parallels between days lost to injury and a drop in league position.

“You could look at that and say, ‘Ah, whatever’, but if that one place is the difference between winning the title, qualifying for Europe or staying in the league then that’s hugely significant,” Buchanan says. “Why wouldn’t you look to mitigate the risk?

“Injuries will always happen, but why we do not dial in more on mitigating those injuries is quite baffling, particularly when you look at the financial impact it has on organizations – never mind the issue of player welfare.

“We’re at the stage where footballers are truly athletes now. They’re not going to get any fitter, faster or stronger. That evolution has been undertaken. Yes, there are some marginal gains still but the performance arms race in sport now is what you do with this proliferation of data that exists. Who can utilize it in the best way and who can leverage it for the biggest insights? ”

Zone7 tailors its data for a short schedule of games and can tweak it to allow a club to take more or less risk when it comes to making decisions on which players to rest. “Each environment is different,” Buchanan says. “Some clubs have huge squads and are happy with rotation. Some have tighter budgets and are about keeping the core group available.

“This is all about trying to keep players in that Goldilocks sweet spot, if you like, of training and rhythm. What we can’t do is understand if a player’s had a new baby or is in a contractual stand-off with a club, things like that. There are layers of information which still require the humans on the ground, but the decisions they make should in theory be more empowered by Zone7. The nuance will always exist.

“For years we’ve been collecting data and analyzing it in silo. With Zone7, you can get data on every single player within 30 minutes. The way I see it, if the last decade in football was about collecting data and measuring players, the next decade will be about making sense of it all. ”

Bielsa was famed for pushing his players through double and triple training sessions in pre-season, to astonishingly good effect in his first three years as head coach. Marsch is expected to implement double sessions himself, though the squad will not be pushed to the same degree physically. One of Marsch’s first steps after becoming head coach was to alter the flow of the typical training week, allowing for bigger dips in intensity on certain days and increasing recovery time ahead of matches.

Leeds will start the new season without two injured players, Luke Ayling and Stuart Dallas, but the majority of Marsch’s squad are in good shape for pre-season. Patrick Bamford, who missed all but nine league matches through injury last term, has been going through a fitness program during his holiday. He is continuing to work with James Scowcroft, the former Leicester City striker who has been involved with him as a finishing coach since Leeds’ promotion from the Championship in 2020. Bamford is fully recovered from the foot problem that hampered him from January onwards.

As Marsch said, sticking plasters were everywhere as the 2021-22 season reached its conclusion and it is only by virtue of a final day that went Leeds’ way that the club are not destined for an earlier start in the Championship on the weekend of July 30 and 31.

But this summer was the point where Marsch originally hoped to take charge at Elland Road, the ideal time in his head to come in as their new head coach, and there will be no better window for him to convince people that the anxiety of his previous 12 matches and the switching between systems and personnel was a means to an end in allowing him to take a proper grip of Leeds. The bid for hearts and minds resumes on Monday.