Is the time approaching when the most powerful clubs in English football – and power, let’s be clear, means money in this sport – might have to get over some of their old insecurities when it comes to how they view one another?

It might be that we have actually reached that point already if Manchester City are willing to negotiate the proposed sale of Raheem Sterling to Chelsea and, in the process, relax their previous approach that a club in their position should never sell to a direct rival.

The last time City allowed a prominent player to join another Big Six club, other than on a free transfer, was ten years ago. This summer, they could conceivably do it twice. As well as Sterling’s proposed move to Stamford Bridge, City are open to the idea of ​​selling Gabriel Jesus to Arsenal.

Something, plainly, has changed and perhaps we should not be too surprised if it turns out Sterling is merely Example A when footballers at England’s top clubs, especially the elite footballers, are paid so much it is becoming increasingly difficult for them to find the same kind of riches elsewhere.

Just try totting up the number of clubs outside England who could realistically match the mind-boggling salaries that City, Chelsea, Manchester United, Liverpool, Arsenal and Tottenham Hotspur pay their higher earners. Clue: it won’t take long.

Transfers between the Big Six

Paris Saint-Germain are one. Bayern Munich have shown, in the case of Sadio Mane, that they can make exceptions. Juventus are doing the same with Paul Pogba. Real Madrid will always be one of Europe’s superpowers and Barcelona have enough self-regard to consider themselves the same way (just a shame, perhaps, about the £ 1 billion of debt at Camp Nou). Yet La Liga has fallen a long way behind the Premier League in terms of its finances – and it is the same in Serie A and everywhere else.

So where else can a player with Sterling’s financial requirements, reputedly earning £ 300,000 a week, end up when it would involve a transfer fee in the region of £ 35 million and the player in question, turning 28 later this year, is at an age when he has virtually no re-sale value?

The short answer is that there are very few alternatives – and that, in a nutshell, is why Chelsea have appeared on the scene. Only the rich can afford to buy from the rich, or super-rich in these cases.

PSG cannot just gobble up everyone, even if the club of Lionel Messi, Kylian Mbappe and Neymar give the impression they would have fun trying. Madrid can no longer blow everyone out of the water with their financial power. And perhaps the upshot of all this is that England’s elite clubs might have to learn to do business with one another more often. Maybe that process is underway.

This is never the easiest of subjects for the fans of those clubs when, as anybody who has been in this position can testify, it always jars when your team sells a prominent player to a rival.

Ask Arsenal’s supporters about Robin van Persie’s defection to United and what it was like to watch their former player inspiring Sir Alex Ferguson’s team to the league title. That is the risk that City would be taking if they allowed Sterling to join Chelsea. Selling Jesus to Arsenal is another matter entirely. But Sterling to Chelsea? It is easy to understand why many City fans will dislike the idea, and many of the people inside the club, too. 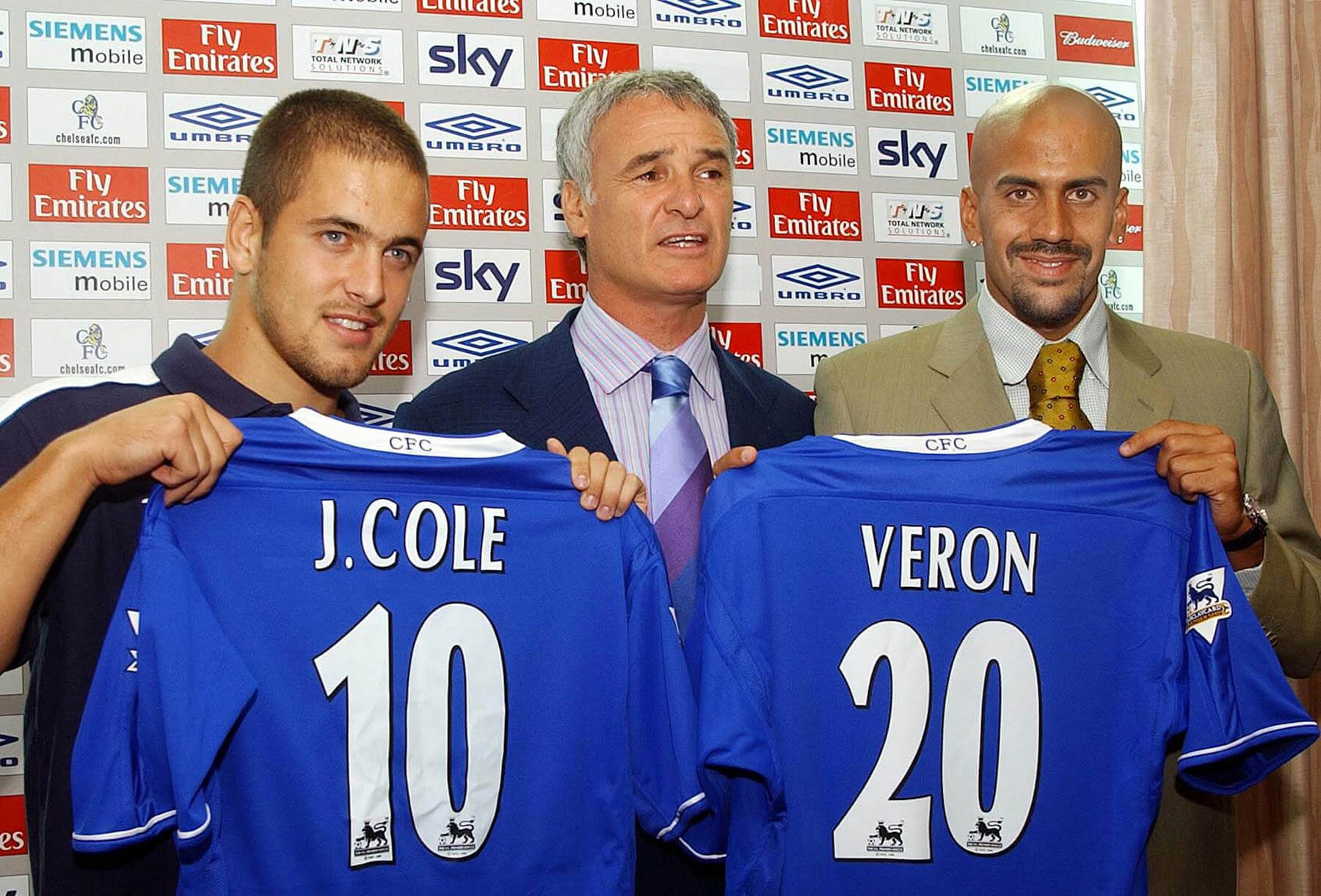 Let not over-egg this either. Nobody is imagining United and Liverpool removing the barriers that have prevented England’s biggest two clubs transferring a single player since Phil Chisnall left Old Trafford, for £ 25,000, to sign at Anfield in 1964. Nobody should expect the first cross-Manchester transfer since Terry Cooke swapped United’s red for City’s blue in 1999. Some rivalries run far too deep for the dynamic to change that much.

United did negotiate a fee of potentially 35 1.35 million to re-sign Charlie McNeill, then 17, from City’s academy in 2020, six years after the teenager went the other way for £ 12,000. But is it realistic to think the same could happen with an established first-team player? No, is the blunt answer. Nor City-Liverpool because of the way their rivalry has taken shape in the Pep Guardiola-Jurgen Klopp era. And nor Arsenal-Spurs, 20 years since Rohan Ricketts became the last player to be sold between the two clubs.

There are other options. One is to move the high-earning player out on loan but that often means paying a sizeable proportion of the wages, so how is that ever satisfactory? Just think of the ‘dead’ money United wasted on Alexis Sanchez by contributing £ 175,000 a week towards his salary at Inter Milan. These clubs might be mega-rich, but who wants to lose millions of pounds this way?

All of which brings us back to the original point about whether the Premier League’s Big Six might have to re-assess some of their relationships when it comes to what is strange, and what is not, in the business of selling and buying players.

If that is already the case, it probably should not be a surprise that Chelsea are in the thick of it. This is the club that persuaded Liverpool to sell Fernando Torres, sold Petr Cech to Arsenal, took Juan Sebastian Veron from United and allowed Juan Mata and Nemanja Matic to go the other way. Of all the Big Six clubs, Chelsea have always seemed more relaxed about doing business with their rivals. 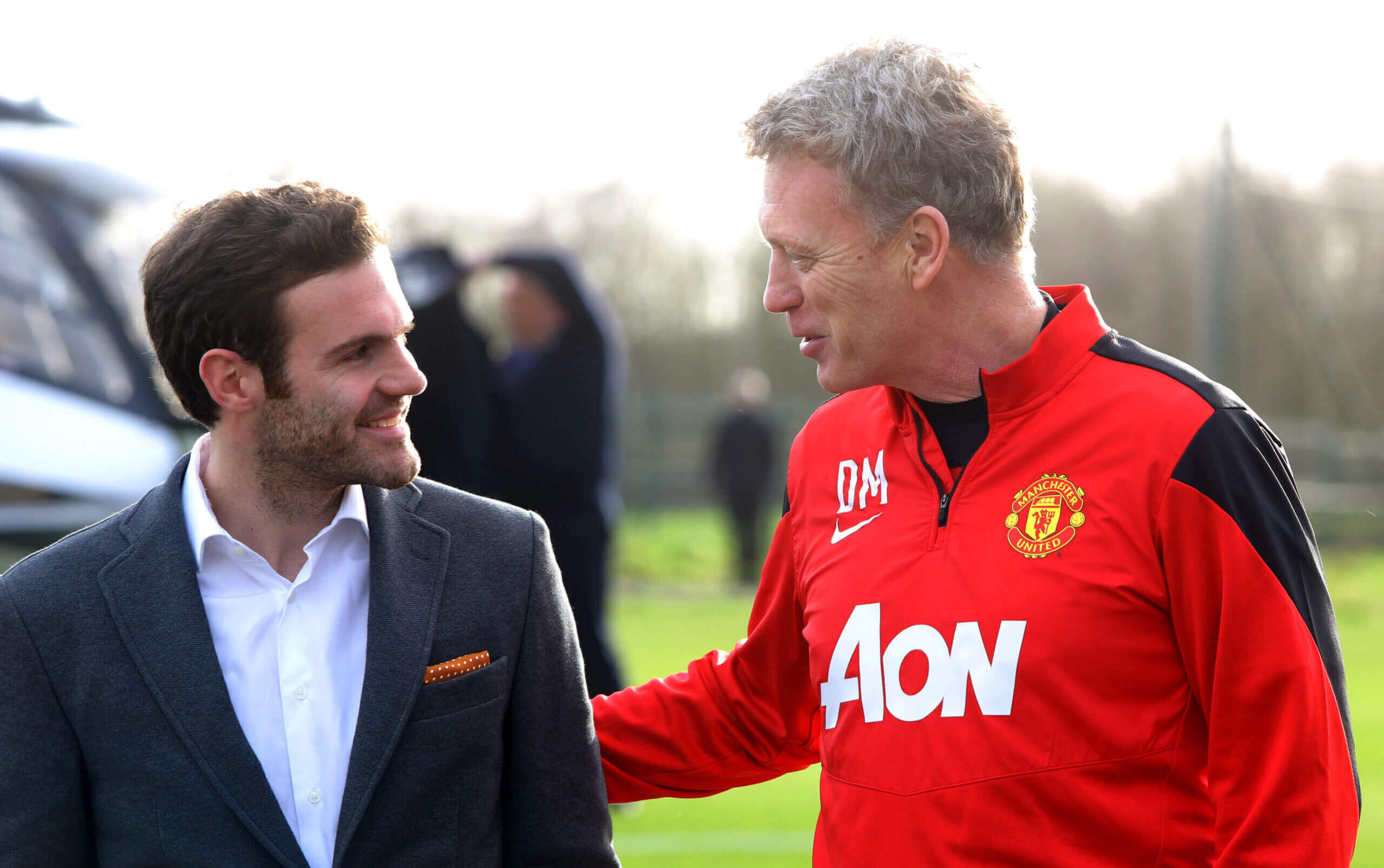 It is always complicated, though. Around the same time United signed Mata, Chelsea wanted Wayne Rooney and had been led to believe the player was keen to join them. More than once, a message reached Ed Woodward, then United’s chief executive, that the relevant people at Stamford Bridge were open to sitting at the other side of the negotiating table. Each time, he politely declined. Woodward had no intention of selling Rooney but knew it would be difficult to begin negotiations for Mata if he had to inform them they could forget about anything happening the other way.

What happened instead can be held up as a case study about how complicated and sensitive these big-money arrangements can be. United used Mata’s father, Juan Sr, and Colin Pomford, a Madrid-based agent, to arrange everything over several months of positioning and political bargaining. It was one of Woodward’s greatest victories, possibly because he kept a strategic distance. As remarkable as it might sound, the entire £ 37.1 million transfer was put together without as much as a direct telephone call between the two clubs.

In Sterling’s case, the suspicion at City was always that he fancied a move to Madrid rather than the possibility that the former Liverpool player might end up eyeing up another English club.

That suspicion was probably valid, too, if you remember the time Sterling appeared on the front page of AS, one of Madrid’s sports dailies, in February 2020 with a City shirt over one shoulder and a Madrid shirt hanging off the other, almost like the angel and devil of his conscience whispering conspiratorially into his ear.

The image was striking and so was the timing, five days before City played at the Bernabeu and a week after their two-year ban from UEFA competitions (subsequently revoked) had been announced. It was an unauthorized interview, set up by Sterling’s agent, and the relevant people at City were distinctly unimpressed.

Nothing, however, has materialized that way and nothing seems on the cards even though Madrid’s long pursuit of Mbappe has ended badly for them. Perhaps this is no longer the club where Jorge Valdano, formerly their sporting director, once proclaimed, “You can never have too many stars.” And, again, it comes back to the same issue: if Sterling genuinely wishes to leave City, how many places can afford him?

The same applies to Mohamed Salah, which is probably why there are people close to the Professional Footballers’ Association player of the year who are talking about the possibility that he, too, could remain in England if he chooses to leave Liverpool when his contract expires next year. Chelsea, again, would be a decent bet, simply because of the finances involved and the small, diminishing pool of alternatives.

It is not something any Liverpool fan would wish to contemplate. But it is also the reality in this age of modern football when the tills-ringing, money-spinning Premier League is one giant fruit machine.