Which positions are Southampton targeting in the summer transfer window? What has Ralph Hasenhuttl said? And what do the stats say?

Which positions are Southampton targeting?

Would the last one out please turn off the lights?

The Saints’ summer transformation is on, but who will be left at the end of it, who knows.

This summer will see a complete overhaul on the south coast as Ralph Hasenhuttl looks to re-shape his squad ahead of his fourth full season at the club. I’m expecting double digits when it comes to arrivals and departures, with this, the first transfer window for their new owners, Sport Republic.

The remit will remain the same as it was before despite new investment. Ralph has always been honest about the transfer philosophy at the club, “buy low, sell high…” so I do not expect a record transfer deal to be done but potentially a lot of exciting and promising youngsters to appear at Southampton with a host of familiar faces heading for the exit.

The shake up has already started, with three members of the coaching staff departing sharply after the season ended; Kelvin Davis, Craig Fleming and Dave Watson have already gone.

Immediately they’ll need to replace the outgoing Fraser Forster, who’s set to join Tottenham with it looking unlikely Willy Caballero will extend his stay. Finding a new goalkeeper is one of their key priorities.

The midfield is an area that’s being looked at in detail with both defensive and attacking roles being monitored. The club are open to selling players that are into the last years of their current deals such as Nathan Redmond and Theo Walcott. These will also need to be replaced should they leave.

You get the sense that staving off interest for James Ward-Prowse will be high on the agenda, despite his lengthy Saints contract he’ll still be on the shopping list of a number of other Premier League clubs. Keeping him could be their best piece of business this summer.

None of Saints’ strike force hit double figures last season, only midfielder Ward-Prowse managed that achievement and with Armando Broja returning to Chelsea a striker with quality and the ability to find the back of the net will be high on the agenda.

Southampton will need to sign another full-back after Tino Livramento suffered an anterior cruciate ligament injury that will keep him out until 2023.

Center-back is also a position they’re light in and will be looking to strengthen.

You could see as many as 10 new signings this summer, but I anticipate this being a crucial summer to define Ralph’s tenure on the south coast.

What do the stats say about Southampton?

Both of Southampton’s goalkeepers rank among the bottom five for save percentage this season – factoring ‘keepers clocking 15 or more games.

Alex McCarthy has the second-worst ratio with 62 per cent and Fraser Forster the fifth-worst with 66 per cent. Furthermore, McCarthy has the lowest in-box save percentage (51 per cent) and both ‘keepers concede more than 1.5 goals per game.

This is not a new problem – they both have save percentages under 70 per cent in each of their Premier League seasons since 2016.

What has manager Ralph Hasenhuttl said?

“We will move earlier this season, this is for sure. I think we have a squad at the moment where we have young, potential players and they are going in a good way.

“The question this summer will be how many young players we need or maybe even some, I won’t say experienced players, but players that give us something different as well.

“We have to balance it quite well and this is the goal for the summer. In the end, we are now back known as a developing club that gives young players a chance to play. This is definitely helpful for our transfer activities in the summer , the rest we will look very carefully and see.

“We have to be very careful of players, what we need next season and what do you trust to make the next step? Because this is what we want to do next season.”

What should Southampton do this summer?

There will be plenty of necessary change at St Mary’s this summer. Some alterations have already taken place, with three of Ralph Hasenhuttl’s backroom staff departing. The new-look Southampton hierarchy are continuing to back the Austrian, with members of the coaching team suffering the consequences of their second half of the season drop off. Slightly unconventional – usually the manager pays the ultimate price – but something had to change given Saints’ woeful slump from March to May. Finishing 15th, with their lowest points total in three years, would have been a huge disappointment.

Hasenhuttl’s solace, and perhaps what saved his job, is that Saints have never really looked like a relegation-threatened side. At times performances have resembled relegation fodder – they lost 10 of their final 13 Premier League clashes – but somehow they were never in danger of dropping out of the league. Should investment be forthcoming this summer, it looks as if Hasenhuttl will be afforded the chance to renovate Saints’ declining fortunes. 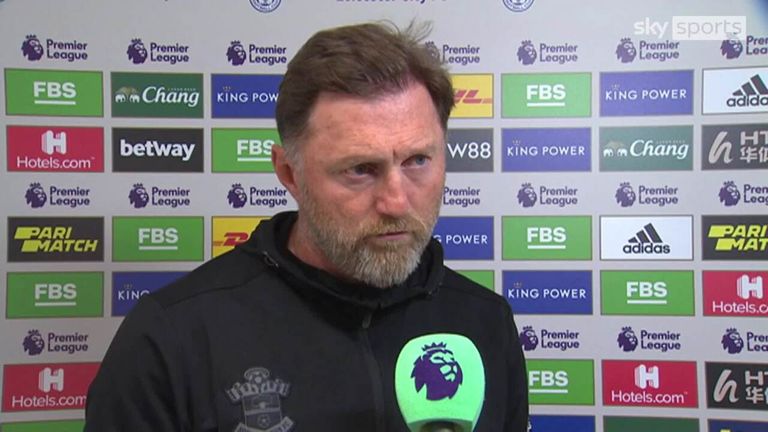 On the player front, the board have a clear strategy. Target youth at a nominal price point. They had some degree of success with the acquisitions of Tino Livramento and Armando Broja (loan) last season, but neither offered consistency across the course of an entire season. Pinning hopes on teenage breakout talent is a risky game.

A raid on the Premier League’s best academy players may serve Saints well in future years, should their development burgeon on the south coast, but does not necessarily help the here and now. They are well stocked in full-back positions, but need some surgery in central defense. Mohammed Salisu cannot prop up Saints’ rearguard single-handedly.

As for everywhere else, focus should be on finding a creative midfielder to partner James Ward-Prowse, while all attacking positions need considerable work. It says a lot about the squad that captain Ward-Prowse registered more goal contributions (19) than any other even when operating as a deep-lying midfielder. Broja was second, but returns to parent club Chelsea this summer.

Any additions will need to fit Hasenhuttl’s precise playing style, as well as the club’s financial model – not easy!