The time has come for Chelsea to get tough and be selfish.

Barcelona have been a major thorn in Chelsea’s side this summer. Beating them to the acquisition of Sevilla defender Jules Kounde is the latest blow they have inflicted on the Premier League club’s plans.

Chelsea have also had Andreas Christensen reject their contract offer in order to leave on a free for the Camp Nou and Leeds winger Raphinha snub them for a move to Xavi’s side. And while it is uncertain just how much Thomas Tuchel wanted Ousmane Dembele, the France international was under consideration at Stamford Bridge. However, he opted to take a pay cut to stay at Barcelona.

It’s no secret that Barcelona aren’t going to stop there and now Kounde has been announced, they will step up their attempts to sign Chelsea captain Cesar Azpilicueta. A lucrative three-year contract was offered months ago and Barcelona are confident.

Azpilicueta still has one year left on his deal at Chelsea after a clause was automatically triggered because he played a certain amount of games in 2021-22. It obviously means the club has the power to keep him or make life difficult by demanding a fee, something Barcelona wants to avoid.

What does Azpilicueta think about all this? His silence during Chelsea’s pre-season preparations speaks volumes. He hasn’t spoken to club media let alone any professional press organization about the upcoming Premier League campaign.

It is believed that he wants to go to Barcelona and there is nothing wrong with that. He turns 33 next month and this is a glorious opportunity for him and his family to return to Spain.

On top of that, the defender is getting a lucrative package and a chance to play for a massive club in a league that isn’t as physically demanding as England’s top division, something his aging legs will appreciate.

Barcelona coach Xavi wants his leadership and experience in the Barcelona dressing room. Playing for such a team might improve Azpilicueta’s chances of making Spain’s World Cup squad, too, even if he has been selected on a fairly regular basis for a while now.

There is also the understandable thought process that, after a decade at Chelsea, it’s the right time to go. Lifting the UEFA Super Cup and FIFA Club World Cup last season means he has won every major trophy there is to win at Chelsea. The change of ownership this summer also gives the impression that the timing is right, plus the fact that the club is trying to recruit heavily at the back. 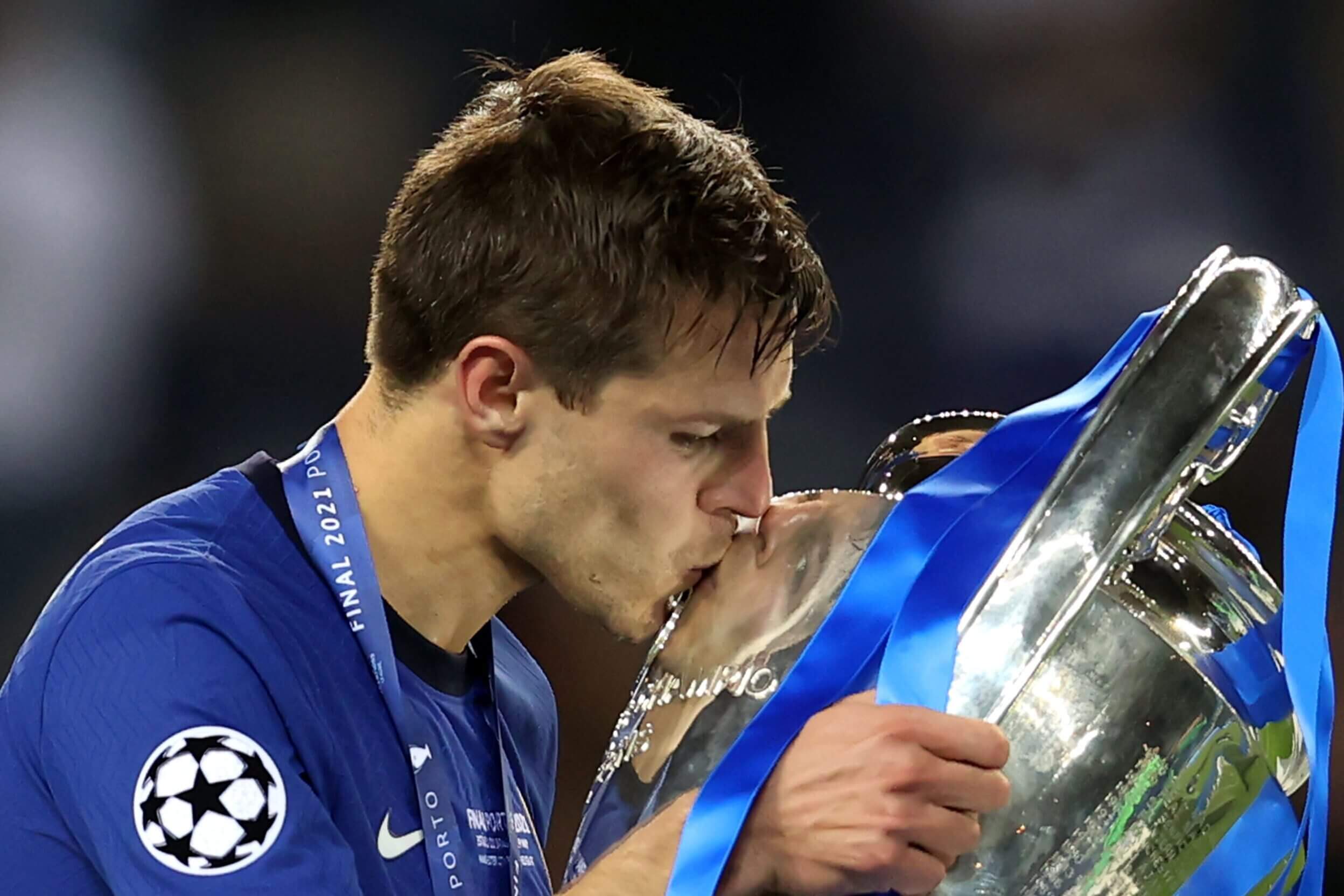 They have already bought Kalidou Koulibaly from Napoli for £34 million ($41.2m) and Tuchel is hoping to sign a couple more defenders before the window closes on September 1.

But there is no guarantee of that right now. Chelsea have been frustrated in the market thus far despite also adding Raheem Sterling to the ranks. It would be foolish to cave into Barcelona’s demands as things stand.

Besides, there is a strong argument for Chelsea to keep Azpilicueta anyway. There has been so much upheaval over the last five months, why lose another key figure at such a frantic time?

Chelsea are in the early stages of a rebuilding process following the departures of Roman Abramovich, Marina Granovskaia, Bruce Buck and Petr Cech. Azpilicueta has had a different kind of influence on the club, but one that is very important. He is Mr Chelsea, the character in the dressing room who leads by example and provides the link to Chelsea’s past. Footballers who have been at one club for a decade are increasingly rare and should not be lost. Any new arrival will get an instant course on what life at Chelsea is all about by just talking to him and watching the standards he sets in training.

There is a danger that Azpilicueta won’t play as often as he’s used to and will leave on a free next year anyway. But this is what happened to John Terry and Gary Cahill in their final seasons at the club. Terry started just six Premier League games and made 14 appearances overall in 2016-17, but Antonio Conte found his presence around the group invaluable as they went on to win the Premier League.

Cahill fared even worse under Maurizio Sarri two seasons later. He was given only two matches as a substitute in the Premier League, plus another six starts in cup competitions. Still, while it wasn’t great for him personally, the other players benefitted from him being around to give words of advice and reassurance as they went on to claim the Europa League.

Tuchel has already suggested that he is in the mood to block Azpilicueta’s switch to Barcelona. “I am not sure I want to give Azpi what he wants,” he said during Chelsea’s pre-season tour of America last week. “He understands it but he doesn’t like it. 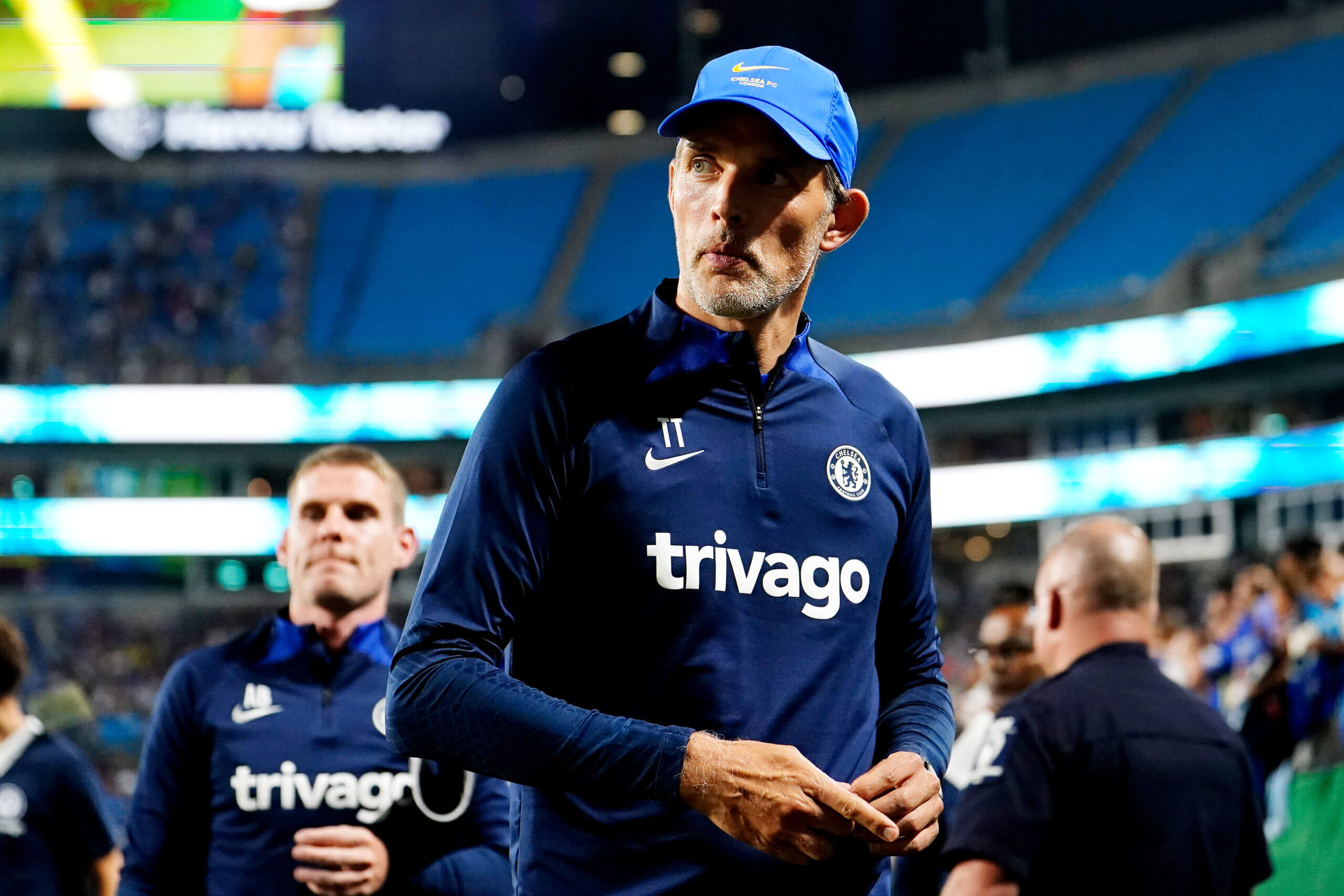 Isn’t there a danger of keeping an unhappy player? Azpilicueta will have seen stalwarts such as Cech, who joined rivals Arsenal in 2015, being granted a move as a thank-you for all the loyal years of service and will question why he’s not being shown the same courtesy.

That doesn’t give enough credit to Azpilicueta’s professionalism though, even if the initial disappointment might sting a little. That is how Tuchel sees it anyway. He added: “Maybe now (it is) a bit tough because the other club is on him, permanently on him and causes distraction.

“But on September 1, normally when things calm down and things are clear, I’m very convinced he could play at his highest level.”

Barcelona are keen on another Chelsea wing-back in Marcos Alonso, but his departure is far easier to reconcile with. He is not the same level of personality in the squad and out of the two, he should be the one they let go.

Understandably, Azpilicueta will be concerned about whether this is his only chance to join Barcelona. But being made to stay at Chelsea for another 12 months isn’t the worst consolation prize.

Besides, wouldn’t it be just a little bit satisfying to stop Barcelona getting what they want just once this summer?