Chelsea 2-1 Watford: Ross Barkley rescues a late winner for Thomas Tuchel’s side over relegated Hornets on the final day of the season

By Daniel Matthews For The Daily Mail

The first farewell began with 25 minutes still to play. There were quite a few to get through, in fairness.

Stamford Bridge rose to salute Antonio Rudiger for the final time; he need not shut the door on his way out. Watford boss Roy Hodgson and referee Mike Dean followed close behind.

Could Chelsea captain Cesar Azpilicueta be next? On this day, when old eras gave way to new, not everyone had the chance to say goodbye. 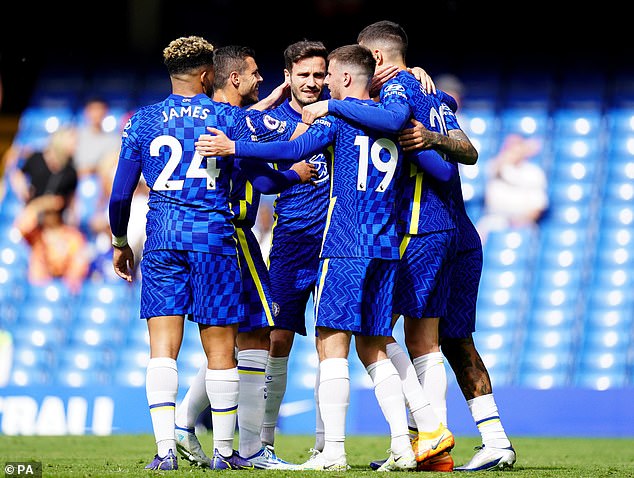 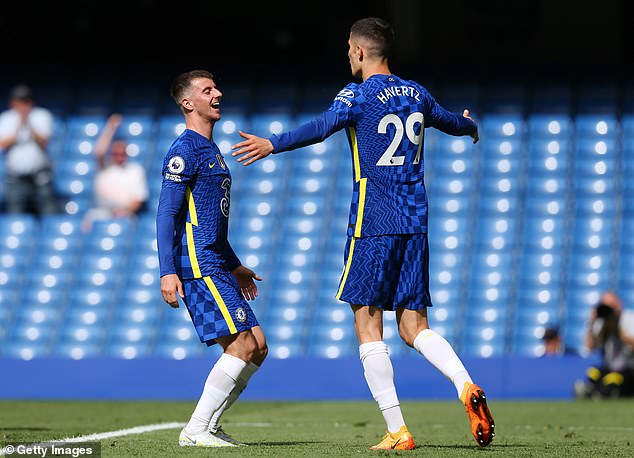 Instead, in the stands sat Todd Boehly and Rob Edwards – symbols of a different future for these two.

Down below, a football game was taking place. Chelsea won it, thanks to Ross Barkley’s injury-time header, for those interested. 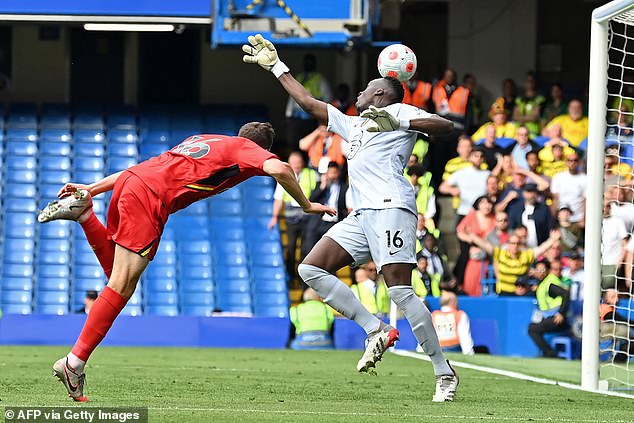 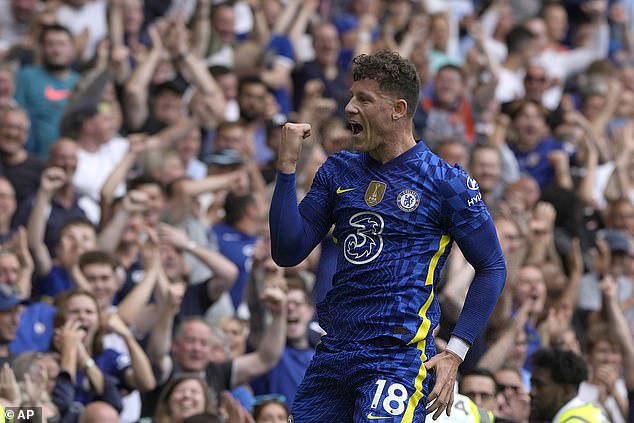 Just a few minutes earlier, Chelsea’s supporters seemed fairly unfazed when Dan Gosling cancelled out Kai Havertz’s opener – they were too busy celebrating goals at the Etihad to care.

But Thomas Tuchel’s side sign off with a win in front of their new owner and with three points at home – neither has been easy to come by recently.

For Watford, another defeat to end a miserable season.

The presence of Kenedy down the Chelsea left was as good an indication as any of just how little this fixture meant to either side.

That he was the man to break Watford’s resistance, on a first Premier League appearance all season, probably says a lot about why they are where they are, too.

Havertz had threatened even before the opener, forcing Daniel Bachmann into a smart save after Mason Mount’s fine ball.

Next time, Kenedy’s ball reached the back post, where Havertz was waiting to finish.

By the time the German hit the bar, on the stroke of half-time, there really should have been more goals.

The goalkeeper then made a brilliant save to deny Joao Pedro shortly after the break, after the forward jinked his way across the box into a shooting position.

Thanks to Barkley, however, they had a winner of their own to celebrate, too.