Liverpool were denied a seventh European crown as Real Madrid became kings of the continent once again thanks to Vinicius Junior’s strike in a Champions League final marred by chaos outside the Stade de France.

Paris stepped in as host after UEFA stripped St Petersburg of the showpiece following Russian invasion of Ukraine, but it did not provide a fitting host as European royalty went toe-to-toe in the biggest club match of the season.

Kick-off had to be delayed by 36 minutes due to substantial security issues outside the Stade de France, where Liverpool would be edged out 1-0 in a tense, engaging final settled by Real star Vinicius Jr.

It was a heartbreaking end to a memorable season for Liverpool, who won the Carabao Cup and FA Cup before being pipped to the Premier League title by a point and losing in the French capital.

Liverpool had settled quickest in Paris, where Thibaut Courtois denied Mohamed Salah – a man in search of revenge following his injury in the 2018 defeat to Real – before tipping a Sadio Mane strike onto the post.

Karim Benzema, this season’s Champions League top scorer, saw a goal ruled out for offside just before half-time and the LaLiga champions caught Liverpool napping in the 59th minute, landing a match-winning blow.

Vinicius Jr snuck behind Trent Alexander-Arnold to turn home Federico Valverde’s low cross and Courtois produced one of the best performances of his life to keep Liverpool at bay.

Salah led the charge for an equalizer that never arrived on a night that will be remembered by many for the farce outside the Stade de France, which led Liverpool to request a formal investigation midway through the final.

UEFA said the delay was due to “security reasons” but those inside the ground were told it was down to “the late arrival of fans”.

Despite the continuing chaos outside, singer Camila Cabello’s set went ahead as fireworks from the opening ceremony filled the air. If only as much thought had been put into planning as the pre-match pyrotechnics.

The Champions League anthem was jeered before play got under way 36 minutes late.

An edgy opening flew by without either side creating a clear cut-chance, but Courtois was alert when Alexander-Arnold squared for off-balance Salah to get away an effort.

Real Madrid’s goalkeeper denied more straightforward shots from the Thiago Alcantara and the Egypt international but had to be at his best to stop Mane landing a 21st-minute blow. 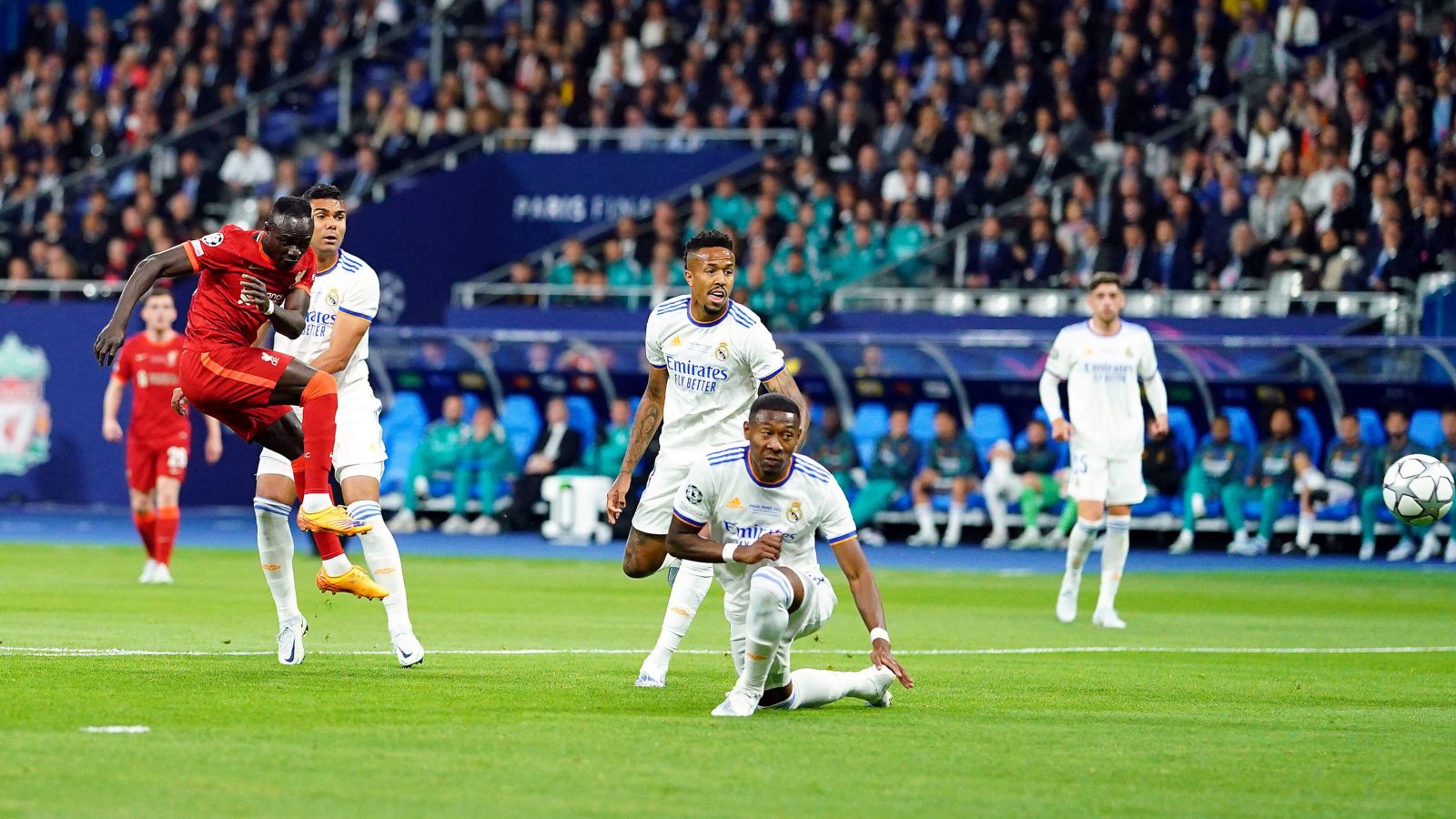 Showing great skill and poise, the 30-year-old beat two players and made space to get away a low snapshot that Courtois stretched to tip onto the post.

Madrid settled after that scare and seemed to pin their hopes on a moment of magic from Benzema or rapid Vinicius Jr racing behind.

Salah headed straight at Courtois and Jordan Henderson whistled wide as half-time approached, only for Real to find the net in the 43rd minute.

Benzema was put behind and cut past Andy Robertson, with Ibrahima Konate and Alisson getting in each other’s way when attempting to deal with the striker’s poor touch.

Valverde stretched to meet the loose ball under pressure and it popped through for the skipper to strike home, only for the goal to be ruled out for offside. A decision ratified after a lengthy VAR review.

Liverpool: What they need this summer, and how likely they are to get it

The second half began much like the opened period as the sides traded spells in possession without seriously threatening.

Alexander-Arnold was proving a handful on the right and Salah saw penalty appeals ignored as Liverpool fans’ chants began to fill the Parisian air.

But soon Real’s white wall were in raptures.

A move involving patient passing led Casemiro to play wide to Valverde on the right. The midfielder was afforded too much time and drove a cross to the far post, where Vinicius Jr. had ghosted behind Alexander-Arnold and fired home.

It was a body blow that Liverpool tried to respond to, only for Courtois to prove an immovable object.

The Real goalkeeper stopped a curling 20-yard effort from Salah, who was soon seeing the Belgium international race across the face of goal to block a shot.

Madrid’s defenders raced over to the goalkeeper in the 82nd minute when he somehow denied Salah, who followed a nice touch with a fizzing strike.

Play became stretched as Liverpool desperately hunted an equalizer that would evade them.