Erik ten Hag has found strengthening his squad a frustrating experience so far this summer, but he knows he must improve on last season and we predict how the 2022/23 campaign will go for Manchester United.

TEAMtalk writers have six different categories to dissect – including where the team will finish in the Premier League table, how the cup competitions will go and who will end the campaign as Player of the Season.

Matt takes a look at the situation at Old Trafford and the prospects of United under Ten Hag.

Last season’s combined effort from Ole Gunnar Solskjaer and Ralf Rangnick was the club’s worst ever Premier League total. United finished a huge 35 points behind the champions and neighbors Man City, while they ended up 13 points behind fourth place.

Undoubtedly Ten Hag needs to improve on that and a top-four finish must be in the Dutchman’s sights. The former Ajax boss is more than capable of improving United’s points tally, but there will also likely be improvement from their rivals.

Whether Ten Hag can manufacture a faster improvement than the likes of Spurs and Chelsea is the big question. And a lot will revolve around the future of Cristiano Ronaldo.

I was surprised to see Ten Hag publicly trying to keep the striker, who is looking for a way out. Ronaldo is of course an icon at United and without his 18 league goals last season United would have been ensconced in mid-table.

But United have shown in pre-season that they have already developed a fluidity among their attacking options. Whether Ronaldo could fit back into that remains to be seen.

Ten Hag obviously believes so, but if the Portuguese star and his agent Jorge Mendes are insistent on going then Ten Hag will need a replacement.

It’s a precarious situation and much will depend on just who Ten Hag can draft in during August.

Can Ten Hag claim a top-four spot and a return to the Champions League? Unfortunately I think it may well be beyond him, but expect a tight battle for fourth place with the likes of Arsenal, Chelsea and Tottenham.

Thursday night football is not synonymous with Manchester United. And you can guarantee neighbors Man City will be poking fun at their involvement in the Europa League, while they eat at the top table. But Ten Hag may well see the Europa League as their best chance of winning a trophy.

Arsenal look like the team to fear so far. But the biggest threats will come from the eight teams that will drop from the Champions League into the Europa League draw.

United reached the final in 2021 and lost on penalties to Villarreal. I expect them to go well in the competition this year and make the final in Budapest.

Only twice in the last 14 seasons has a team outside the big six won the FA Cup. Leicester managed a victory in 2021, while Wigan earned a narrow win over Man City in 2013. And it’s a very similar story with the League Cup. You have to go back to 2013 when Swansea defeated Bradford City to find a winner outside of the big boys.

The minnows simply cannot compete with the vast squads of the Premier League elite. That should help United, but in reality domestic triumphs have been few and far between at Old Trafford. 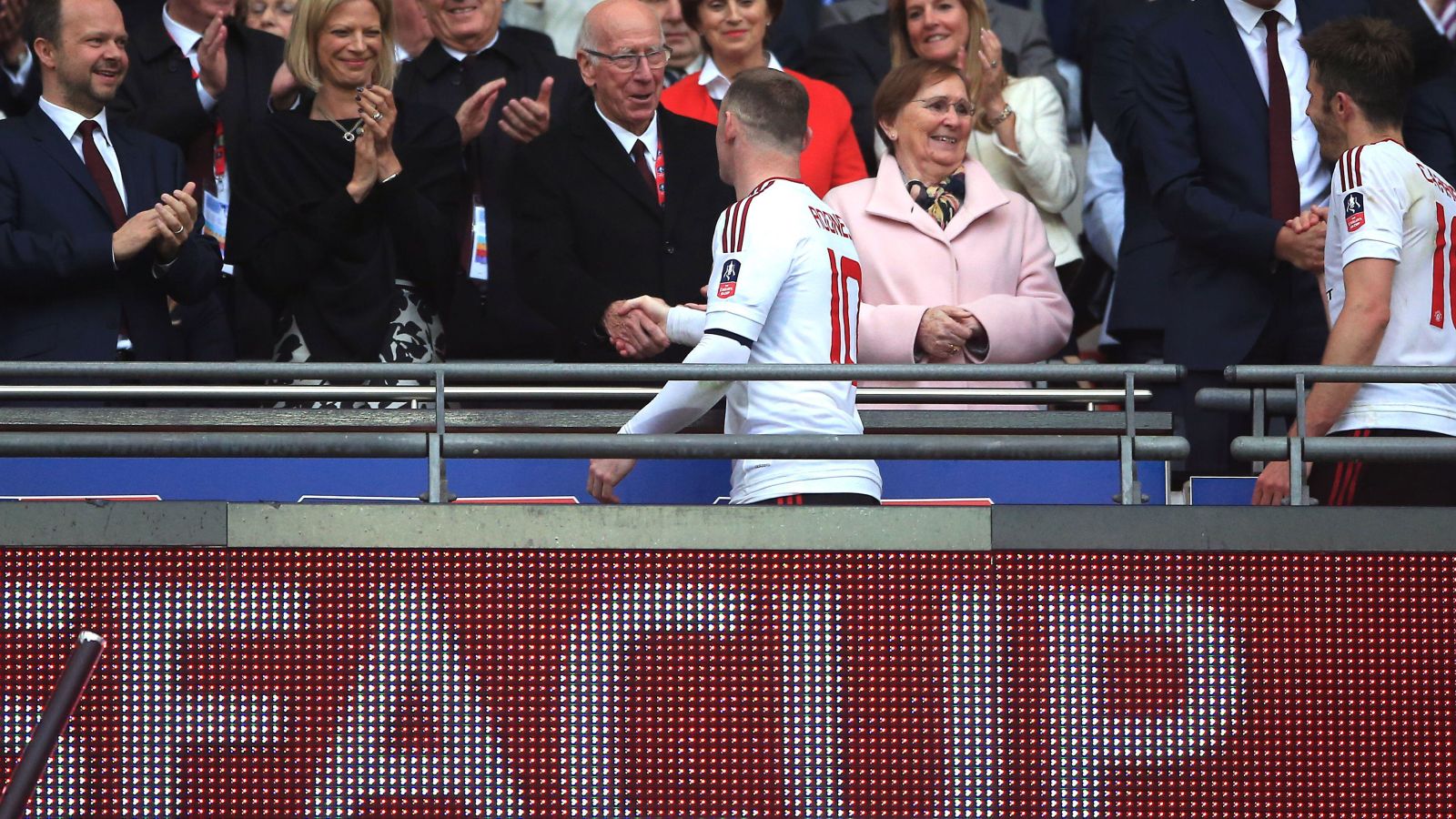 United did win the FA Cup in 2016, while they won the League Cup the following season. But just how much emphasis Ten Hag will place on the competitions is unclear.

It will take a huge effort to get anywhere near the final in either tournament.

PLAYER OF THE SEASON

David de Gea was United’s main man last season once again. And for the sake of the team he has gone on record saying he does not want the accolade again in 2022/23.

Ten Hag will need to get one of his attacking players motoring if United are to get a dramatic improvement this time around. I expect all of United’s frontline to improve, it’s hard not to.

Jadon Sancho, Anthony Martial and Marcus Rashford have all looked good in pre-season. But I think it may well be Bruno Fernandes who thrives most under Ten Hag.

He has not particularly stood out in pre-season, but after a bang average effort last time around I expect him to kick on again. 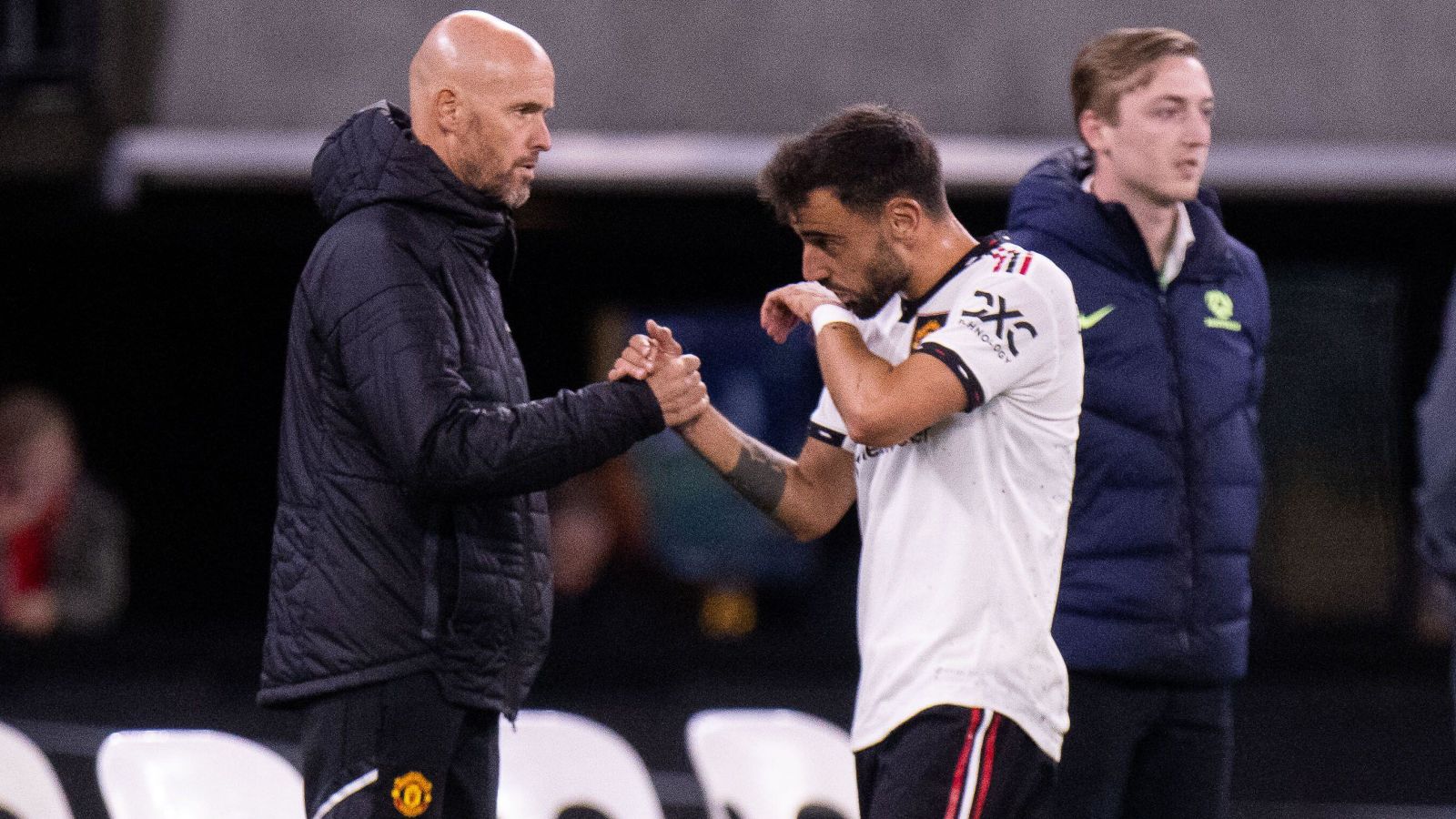 By his own high standards Bruno he would admit he can do better. But he still managed 10 goals and six assists from 36 league games. Compare that to the 18 goals and 11 assists he got the season before and already the drop off is evident.

But Bruno could be the classy figure that Ten Hag is looking for behind his striker and I believe Ten Hag can get more from the 27-year-old.

I fully expect Bruno to be driving United forward this season and he should end up with stats similar to what he achieved in his start at the club.

SIGNING OF THE SEASON (at the time of writing)

I think the arrival of Lisandro Martinez could prove to be a good piece of business from Ten Hag. The Argentina international has been with Ten Hag at Ajax and the Dutch boss knows all about his credentials.

Ten Hag made it clear he was one of the defenders he wanted to bolster his backline. The 24-year-old is a strong one-on-one defender and he should be a good partner for the likes of Harry Maguire or Rafael Varane.

Ten Hag likes the aggression that Martinez will bring to the Manchester United back four. And his is very comfortable bringing the ball out from deep positions.

He is also left-footed and will add some balance. All in all he looks a good signing and should prove to be a hit this season.

Given his non-involvement last season and his early impact in pre-season, Anthony Martial looks a good shout for surprise package.

The French striker looks destined for the Old Trafford scraphead this summer. Just two Premier League starts last term saw him farmed out to Sevilla on loan. But he has started all four friendly games on the tour of Asia and Australia, scoring three times. Would missing out on the signing of Frenkie de Jong for Manchester United mean a different centre-back partnership will be formed than the one Erik ten Hag wants judging from pre-season?

The chip over Alisson showed exactly what United have been missing. Neither Solskjaer nor Rangnick could get a tune out of Martial, whom Ten Hag says is a “good player”.

His loan at Sevilla also did not produce a LaLiga goal. But he looks revitalized under Ten Hag. And it seems he’s in line for a start against Brighton this Sunday after a leaked report on their line-up.

The Dutch boss knows he has to get the player motivated, but his pressing and intelligent movement in pre-season have been enough to suggest he could be a big bonus for United.