This lot have proven credentials as title winners as well as being available for the right offer this summer. There are queues for some; not so much for others.

10) Phil Jones
The 30-year-old is one of only two Premier League winners remaining at Manchester United following their last title triumph all the way back in 2012/13. David De Gea is the other but there’s no chance the Spanish stopper will be sold.

But Jones is available and reports suggest a few Premier League clubs are interested, including Leeds, Fulham and Southampton. The former England defender’s wages could be a stumbling block; his £ 75,000-a-week salary makes a loan move the most likely exit for Jones after over a decade at Old Trafford.

The versatile defender could be a great addition for someone. His injury record remains a huge concern but a change of scene could do Jones the world of good. Granted, he’s not going to make good on Sir Alex Ferguson’s prediction that he could become one of United’s greatest players ever. But nor does he deserve the clown tag that’s been pinned to him because he pulls funny faces and throws his head where others wouldn’t.

9) Gabriel Jesus
Whichever club signs Jesus, their fans will be buzzing with anticipation at seeing the Brazil forward in the attack next season. Those that miss out can point to the fact that the No.9 struggled to get a game in a squad with no other center-forwards.

Neither stance would be wrong, but the prospect of landing the four-time Premier League winner seems to be getting Arsenal fans very excited indeed.

The Gunners have already had one bid rejected with City reportedly asking for £ 50million. Which seems a bit steep for a player a year from free agency. Sadio Mane, another title winner on the move, is leaving for a fee that could rise to £ 35million. Even accounting for the fact he’s considerably younger, is Jesus really worth more than the Bayern new boy?

8) Robert Lewandowski
Bayern swooped on Liverpool with Lewandowski in a similar predicament to Mane and Jesus – the Poland striker is also a year from the end of his contract. And with the Bavarians tightening their belts over contracts, Lewandowski has got the message that he won’t get what he wants by staying where he is.

So what he wants now is a move to Barcelona. Which is understandable. Despite their financial woes, Barca retain considerable clout when it comes to attracting the world’s biggest names. Whether they can afford them is another matter.

Bayern want. 43million for Lewandowskiwhich despite his contractual situation, seems a fair price for a 10-time Bundesliga winner who has continuously proven himself to be the deadliest striker in Europe.

7) Frenkie De Jong
Barca could fund the move for Lewandowski by selling De Jong to Manchester United. Which they surely will just as soon as the Red Devils shape and start acting like a big club again.

De Jong, whose only title medal commemorates the 2018/19 Eredivisie triumph with Ajax, seems to have got the message that Barca would prefer to see the back of him, with the midfielder worth more to them in the transfer market than on the pitch.

Having tried so hard to convince De Jong that Old Trafford on his watch is no longer the place talent goes to die, Erik ten Hag will be furious if United continue their posturing over Barca’s demands.

6) Alex Oxlade-Chamberlain
United have also been linked with a move for Oxlade-Chamberlain, but the prospect of the former England midfielder going up the M62 as the first player since Phil Chisnell to move between Liverpool and the Red Devils seems remote in the extreme.

According to the Liverpool Echo, the likelihood of Oxlade-Chamberlain going anywhere is slim. The 28-year-old is a year from free agency but the talk is that Jurgen Klopp would rather keep him around for another year since Liverpool do not plan to buy another midfielder this summer.

That stance, though, would surely change if someone pitches up at Anfield with a reasonable offer for a player who managed only nine starts in the Premier League last season.

5) Marco Asensio
Would Liverpool change that midfield plan if there is a chance Klopp might finally get his hands on Asensio?

Liverpool have been linked to the right-sided midfielder since 2018, when it was reported that Real Madrid rejected a gargantuan offerwhich was so out of character for the Reds, it was hard to believe.

But Klopp’s interest remains, apparently, despite the fact Liverpool appear well-stocked in wide areas. Milan are also sniffing for as long as Asensio continues to reject the contract renewal offers tabled by Real.

4) Raheem Sterling
There was talk of Sterling replacing Asensio at Real. That would have made for a more interesting prospect than the England winger swapping City blue for the darker shade of Chelsea.

Sterling has spoken of his desire to test himself abroad but now it seems he’s settled for returning back to London, with Chelsea confident of agreeing a deal with City despite having seen their first offer rejected.

The England star is reported to be doing his homework and asking his Chelsea contacts what life is like that Stamford Bridge. When he gets there, at least he won’t have to service this fella… 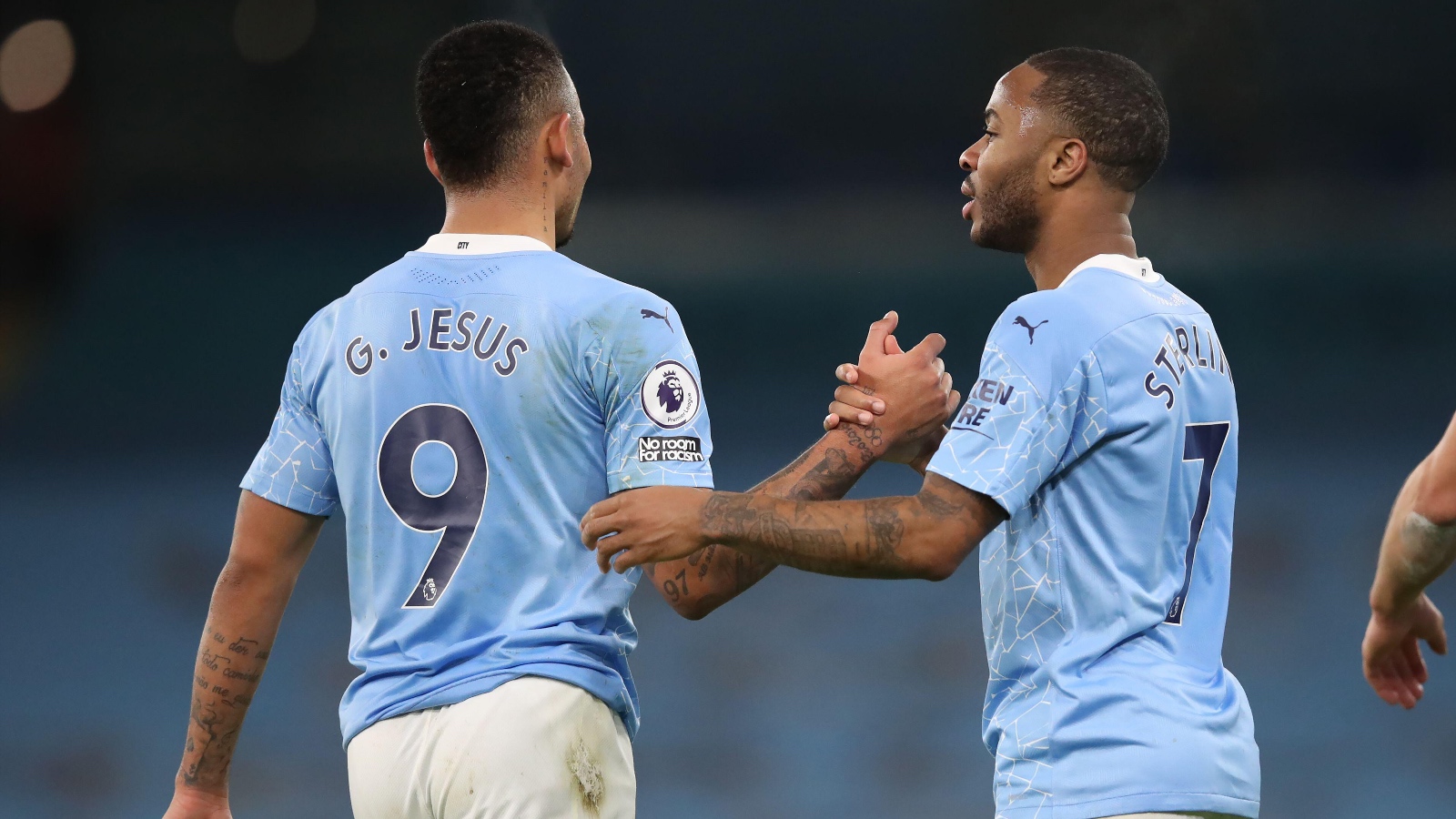 3) Romelu Lukaku
The Belgium striker looks set to end his Chelsea nightmare by returning to Italy in what looks like the deal of the century for Inter Milan.

Having taken £ 97.5million off Chelsea for Lukaku a year ago, the Italians are ready to pay around £ 8.5million to borrow the center-forward, a Serie A title winner in his previous spell at the San Siro, before returning him back to Stamford Bridge upon his 30th birthday, when it was thought until recently to be the point when footballers become obsolete.

Lukaku already has that status at Chelsea – Thomas Tuchel plainly does not trust the striker. Inter, though, expect him to tear up Serie A once more after his 23 and 24-goal campaigns between 2019 and 2021.

2) Sven Botman
The Lille defender is another player set to move to Milan this summer, despite Newcastle’s best efforts.

Both the Toon and Rossoneri wanted Botman in January but Lille chose to hold on to the center-back, who won the Ligue 1 title in 2020/21, ahead of Mauricio Pochettino’s PSG. Milan have apparently been working with Lille since winter to arrange a deal, only for Newcastle to so far match all the terms on offer.

Botman is said to prefer the thought of moving to Milan over Tyneside, but the 22-year-old will go to whichever club makes the most appealing offer to Lille. Which makes a bidding war all the more likely. Milan have got a few euros stashed away but not many clubs can compete with Newcastle these days.

1) Neymar
It is somewhat surprising that Newcastle has not been linked with Neymar yet. The title winner in Brazil, Spain and France is one of the few players who hasn’t been mentioned as a Magpies target…

According to the very reliable nufc dot com, we’re up to 88 different players for May and June. pic.twitter.com/5ujDIeYhgB

In fact, has anyone been linked to Neymar? Apparently, PSG are open to offers for the Brazil star since they have to find some way of pretending to make Kylian Mbappe’s new contract viable. But so far, there have been very few, if any, interested parties.

Neymar spoke at the weekend of the unhappiness of being a professional footballer and being unable to celebrate birthdays after a defeat. Which never seemed to stop him when she came to his sister’s. He is also reported to be close to announcing his retirement from Brazil duty.

The dubious commitment level, though, won’t put off every club. Somewhere there will be a manager who reckons he can be the one to put a smile back on Neymar’s face. It almost certainly won’t be Christophe Galtier.