Pep Guardiola looked less than impressed when a late-night cycle through Manchester was disrupted by an over-zealous fan trying to grab a picture.

The Manchester City manager was out and about in the city center on his bike when a fan spotted the Spaniard cycling in the distance.

Not content with letting Guardiola go about his business, the fan proceeded to shout after the 51-year-old and, when he didn’t respond, pursued him on his own bike. 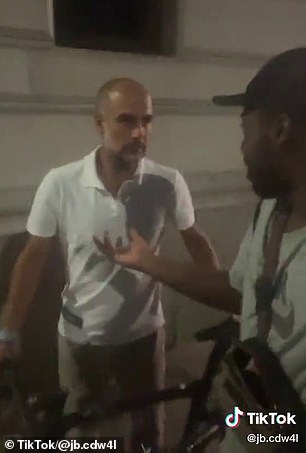 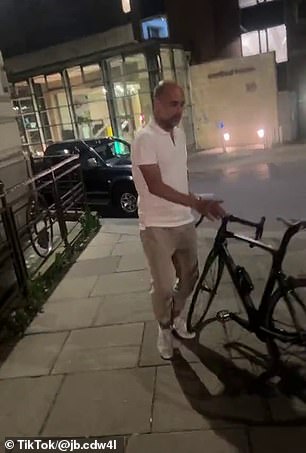 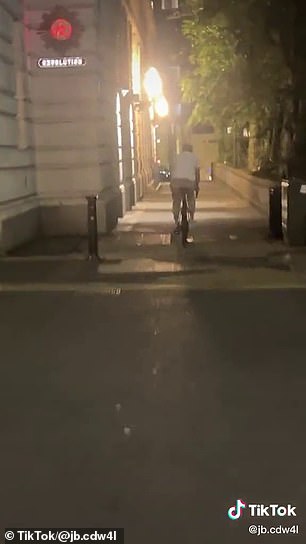 In footage posted on TikTok, the City boss can be seen turning down an alleyway near Parsonage Gardens in Manchester with the fan shouting: ‘Oi Pep, let me get a picture bro!’.

When Guardiola seems to ignore the request and continue on his journey, the fan follows him down the alleyway and shouts: ‘Oi Pep’.

As the City boss continues to pedal, the fan tells the camera ‘nah, nah you need to see this’.

Guardiola eventually comes to a stop at the end of the narrow alleyway and, as the fan begs once again for a picture, the Spaniard says ‘ok’ and agrees to a selfie.

However, the former Barcelona boss appears less than impressed with the fan and refuses his attempt at a fist-bump before carrying on his journey.

It is unclear when the footage was taken but it was posted in the early hours of Monday morning.

Guardiola’s squad are due to return for their first day of pre-season training on Monday.

They are preparing to defend the Premier League title once again this season and will attempt to finally end their Champions League woes. 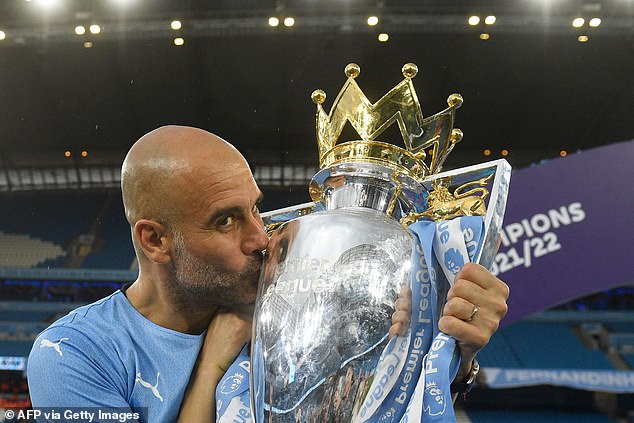 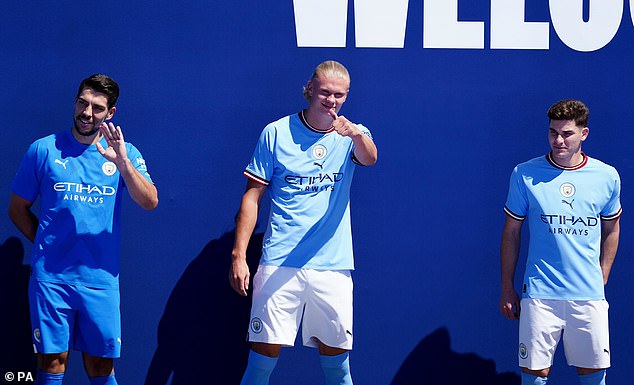 City have spent big on attacking players in the summer transfer window with the £51m arrival of Erling Haaland from Borussia Dortmund and the £21m deal for Julian Alvarez from River Plate.

England star Kalvin Phillips has also arrived from Leeds in a £45m deal.

However, Guardiola will be without Gabriel Jesus and Raheem Sterling. The Brazilian has joined Arsenal this summer while Sterling is poised to complete a £50m move to Chelsea.

City are due to spend this week in Manchester before they embark on a pre-season tour of the United States at the weekend.

While across the Atlantic, City will take on Mexican side Club America in Houston and Bayern Munich in Green Bay in a pair of pre-season friendlies.

They then take on Liverpool in the Community Shield at Leicester’s King Power stadium on July 30 before their opening Premier League clash at West Ham on August 7.