Former Oasis star Noel Gallagher has revealed he needed stitches after being accidentally headbutted by Ruben Dias’ dad in the Premier League title celebrations on Sunday.

City were left stunned as they found themselves 2-0 down to Aston Villa after 69 minutes at the Etihad Stadium.

But Pep Guardiola’s team mounted a sensational comeback and scored three goals in the space of five minutes – two from Ilkay Gundogan and one from Rodri – to lift the title. 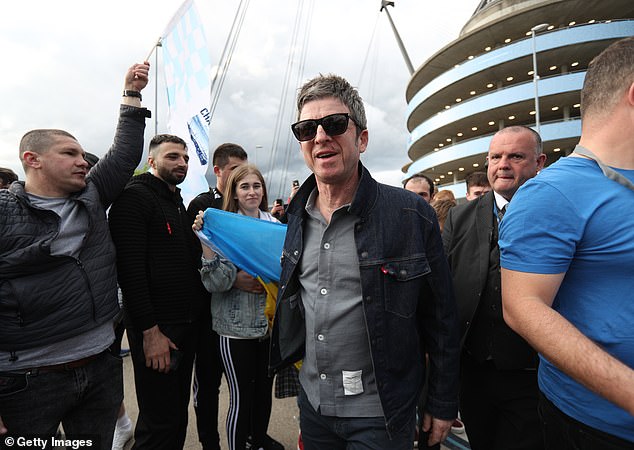 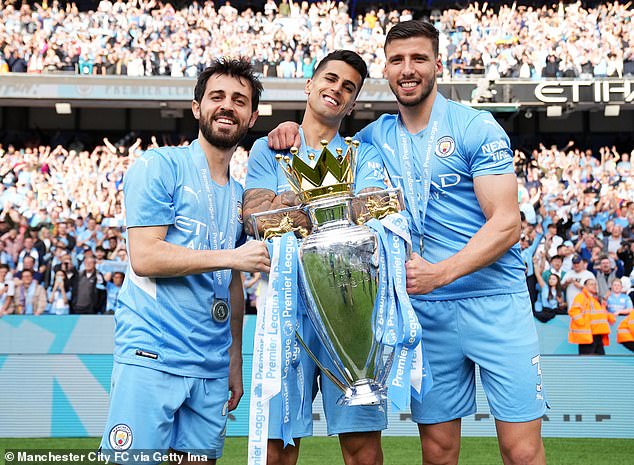 The huge comeback sparked wild celebrations among the players and the Citizens faithful, but perhaps none more crazier than famous singer Gallagher, who needed an ambulance and missed the dying moments thanks to Dias’ dad Joao.

‘Let me tell you what happened to me yesterday,’ Gallagher told talkSPORT.

‘As the third goal goes in, there is absolute bedlam in the stadium.

‘Where we sit, Ruben Dias’ family are a couple of boxes up. I’m jumping around like an idiot, passing my son around like the Premier League trophy, everyone’s lifting him up.

🙌 “There’s absolute bedlam! I’m jumping around like an idiot. “

🩸 “Ruben Dias’ dad runs into me, I’m on the floor covered in blood!” 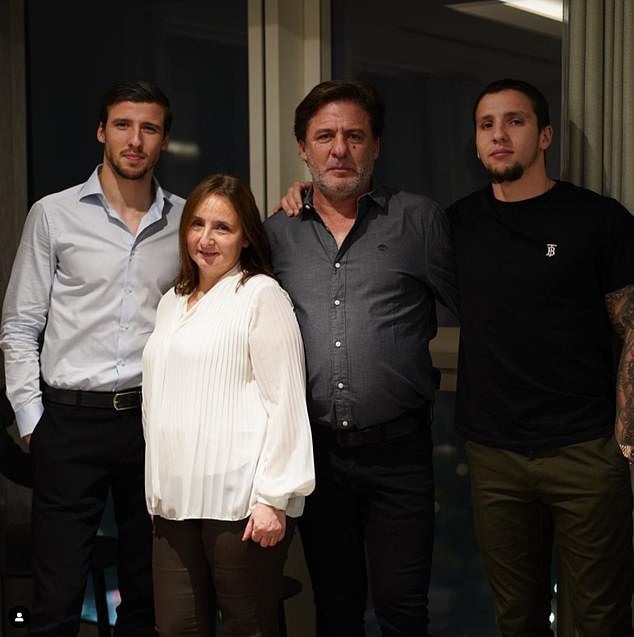 ‘I turn around, Ruben Dias’ dad runs straight into me, headbutts me, I’m on the floor, covered in blood.

‘I do not see the last two minutes, I’ve got to get taken down by St John’s Ambulance to get stitched up.

‘I’ve got stitches in my top lip, two black eyes. As I’m going down the corridor, Pep is running up crying and we hug each other. 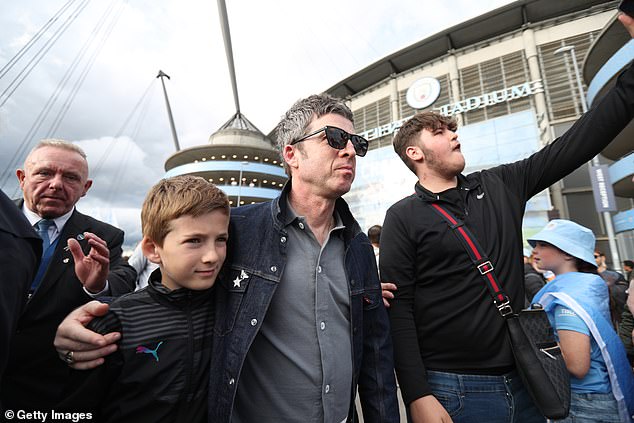 ‘Lots of City fans are asking me what happened and I’m just saying,’ You’ll never guess’.

‘There’s not a mark on him [Dias’ dad]. He’s a big bear of a man. He almost knocked my teeth out.

‘I’ve got rehearsals today, but the good thing about that is I’ve got three Liverpool fans in my band!’

City’s title win makes them the second most successful team in the Premier League’s history with six as they moved ahead of Chelsea with five and sit just behind Manchester United with 13 titles since the Premier League was formed in 1992.

Although the Citizens have yet to win the Champions League, having been knocked out in the semi-finals this season to Real Madrid, who will face Liverpool in the final on Saturday.