Eddie Nketiah’s future has always been dependent on his own demands – which have simply been to play football. In that sense, he handled the 2021-22 season perfectly, staying patient until opportunities came along for him to capitalize on.

Arsenal manager Mikel Arteta has always been clear about his stance on the young striker.

Last season, Arteta put blame on himself for Nketiah’s lack of games.

Then, after his hat-trick in a Carabao Cup tie against Sunderland in December, the manager said: “I tell you every day that we want to keep Eddie.”

And when he scored twice in a 4-2 Premier League win away to Chelsea a month ago, Arteta admitted: “If there is one player I have been unfair with, I think it’s him (Nketiah)… today he showed me again how wrong I was. ”

It appears Arteta and Arsenal now have their wish, as the 22-year-old is closing in on a new five-year deal to replace the one that expires at the end of next month.

Arsenal will be happy to have the contract sorted so early in the summer.

Nketiah staying leaves them in a far healthier position, although their front line still needs bolstering. 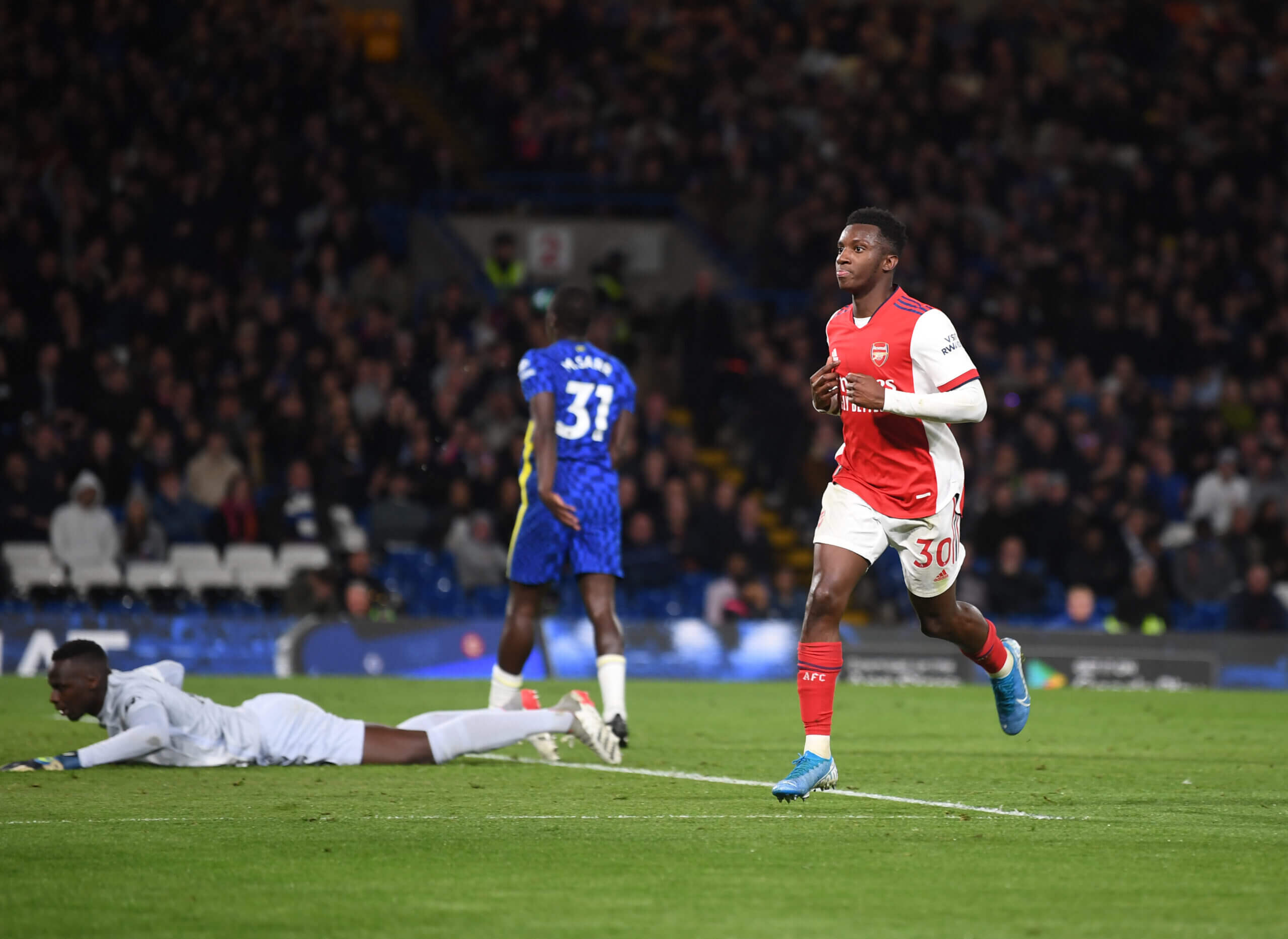 Manchester City’s Gabriel Jesus, whose contract expires at the end of next season and faces being pushed down the pecking order by the arrival of Erling Haaland, is their No 1 attacking target for the coming transfer window.

Discussions between Arsenal’s technical director Edu and fellow Brazilian Jesus’ representatives are believed to have been taking place for months. As revealed by The Athletic this weekwhether Arsenal choose to sign another forward this summer was always likely to hinge on Nketiah’s contract.

It is important to state that Nketiah re-signing does not rule out the arrival of another striker but, with his all-round improvements, he does give Arteta more flexibility heading into next season.

Nketiah had a fine end to the season, scoring five goals in eight starts after Pierre-Emerick Aubameyang moved to Barcelona in January and with Alexandre Lacazette relegated to the bench ahead of the expiry of his own contract next month.

His good form helped the club back into the top-four race after three successive defeats to begin April. In doing Nketiah, he showed those at Arsenal and elsewhere that he was more than just a penalty-box striker – closer to Arteta’s vision of a modern center-forward.

It is well known that the Arsenal manager wants his strikers to drop into the No 10 pocket to link play, have a presence in the box, and press.

When it came to Nketiah displaying these attributes last month, Arteta said: “We know this capacity he has to make runs in behind – the timing of it (and) how he attacks the box. But his link-up play, his understanding of spaces, timing of receptions, where he wants to come and work, which passes and spaces he will find afterwards, have improved a lot. ”

That could be crucial both domestically and as Arsenal return to the European stage next season, considering one of the side’s main weaknesses in this one was responding to their control of the game being disrupted.

It was most recently evident in the 2-0 loss away to Newcastlein the penultimate fixture, where Arteta said afterwards: “It can be a lot of factors and it is how we deal with moments when we lose that control and we are able to reset and take the game into a direction that we want and finding different ways to do that.

“It’s down to that. It’s not about the leadership of the team, it’s about the understanding of certain situations in the game – not to continue to put the game into that mood, I would say. We’re always working on it.

While retaining Nketiah alone would not fix every issue mentioned, having more varied options up front could at least ease them.

The strikers Arsenal have been interested in ahead of the summer have similar skill sets despite being slightly different in profile. Those differences could help give Arteta more variety in his set-up. 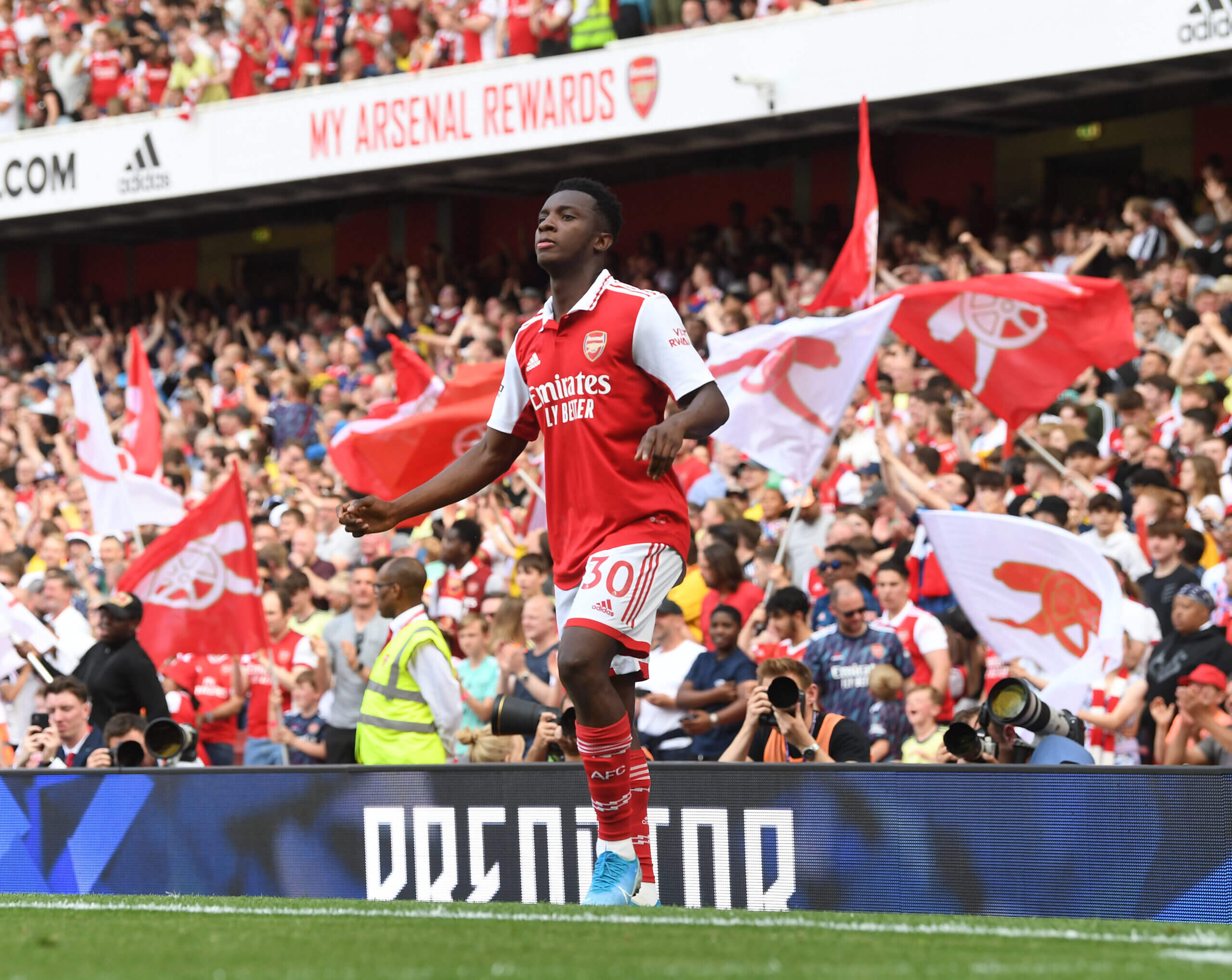 This would help as, when chasing games in the second half of this season, Arteta would switch to a 3-5-2, but had square pegs and round holes. At both Southampton last month and then in Newcastle, forward Gabriel Martinelli ended up as the left wing-back; meanwhile, Lacazette offered little alongside Nketiah.

It is unclear whether that specific Plan B will flow into next season, but nevertheless the addition of a striker with Nketiah provides better variation.

From Arteta’s perspective, this may well serve as an extension of the work done to revamp the squad he inherited two and a half years ago with players he trusts. Whenever the topic of Nketiah’s future has arisen, he has been quick to point out that the young striker’s professionalism never dipped, despite not being picked.

Nketiah turning 23 next week and committing his future to Arsenal also adds another element of forming a young team who can grow together, after signing six players all aged under 23 last summer.

By delaying his contract decision all season, Nketiah backed himself. He is doing that again by deciding to stay at the club he grew up supporting.

He will by no means be guaranteed a starting spot when the games begin again in August, which he possibly could have been if he had moved elsewhere.

Now the challenge will be to compete to raise the level of his own game and that of whichever attacking target Arsenal are able to bring in this summer by hitting the ground running in 2022-23.