Messi, the record seven-time Ballon d’Or winner, netted midway through the first half. Taking a deflected pass from Neymar, he went past goalkeeper Alban Lafont before scoring with a fine finish.

Neymar expertly guided a free kick into the top left corner in first-half injury time to put coach Christophe Galtier’s side up 2-0 at Bloomfield, which hosted the game for the second straight year.

Veteran defender Sergio Ramos made it 3-0 in the 57th minute from close range and Neymar converted a penalty in the 82nd after being fouled by Jean-Charles Castelletto, who was sent off.

It is the ninth time in 10 seasons PSG have lifted the Champions Trophy. They lost 1-0 to Lille at the same venue a year ago.

A capacity crowd of 30,000 was on hand to watch the match, an organizer said.

Galtier became PSG’s seventh different manager since the Qatari takeover of 2011, when he was appointed on a two-year deal in early July as the replacement for Mauricio Pochettino.

The club won a protracted battle with Real Madrid in May to convince Kylian Mbappe to stay, but Galtier was missing the French star for his first official match, due to suspension over yellow cards he received last season.

Pablo Sarabia, on loan at Sporting Lisbon last term, took Mbappe’s place in the attack, alongside Messi and Neymar, while Portuguese midfielder Vitinha made his debut following his arrival from Porto.

Nantes coach Antoine Kombouare got the better of Galtier in the French Cup three months ago, but found his former club in an unforgiving mood on Sunday. 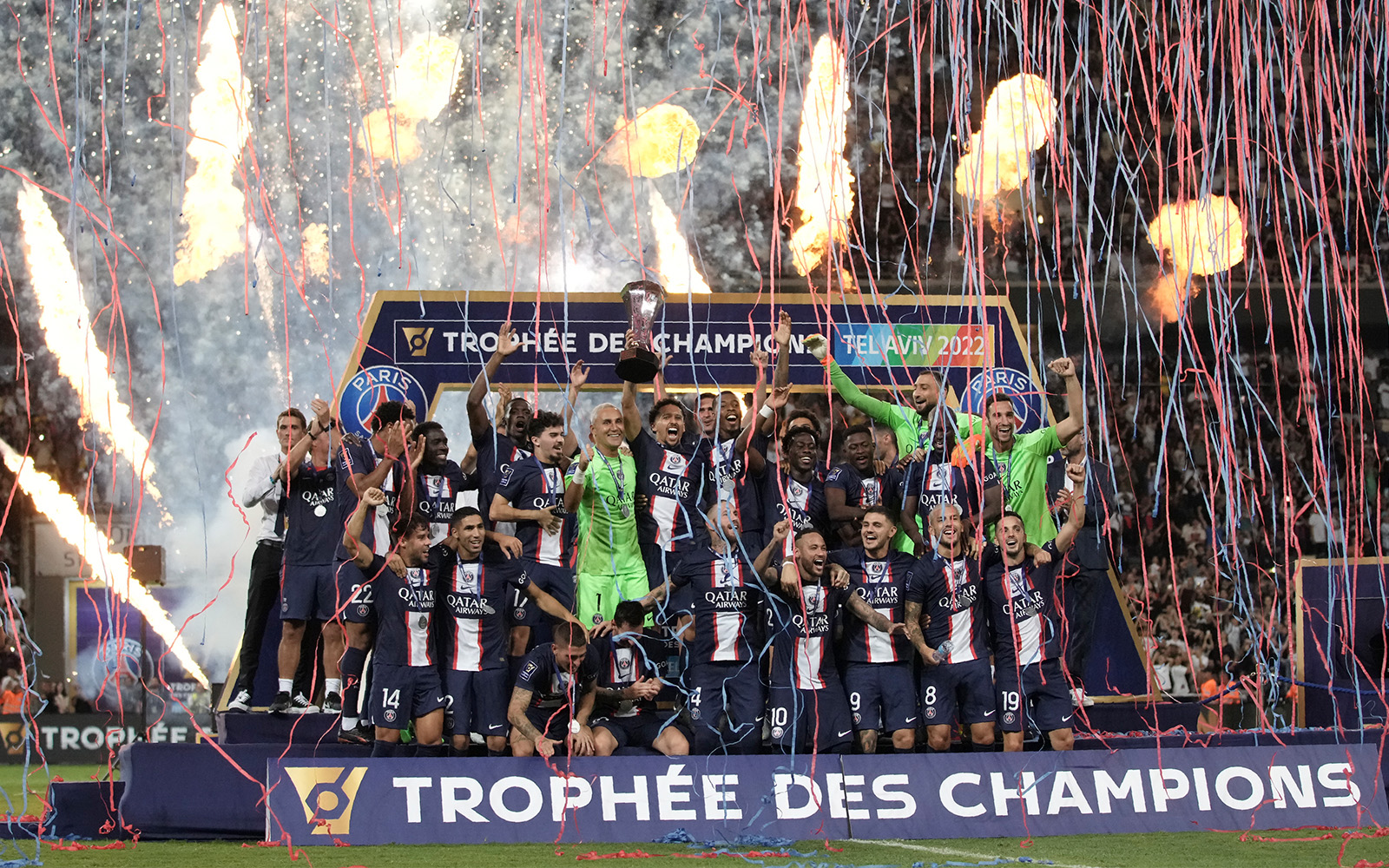 Galtier, who guided Lille to the league title against the odds in 2021, now has his first trophy at PSG.

The Jewish billionaire Sylvan Adams has brought the Champions Trophy match to Israel for the past two years. International games in Israel are rare.

PSG on Saturday met with the Israeli nonprofit Save A Child’s Heart, a humanitarian group that performs cardiac operations on children worldwide. Team members with children involved with the group, signing autographs and posing for photos.

The team also met with Adams during the event, who described Israel to the team as a safe and tolerant country.

Messi last visited Israel in 2019 with Argentina’s national team for an exhibition match against Uruguay, but missed last year’s Champions Trophy game, neither did Neymar. Messi also visited Israel once before with his former club team, Barcelona.

On Saturday, the Italian professional team AS Roma defeated England’s Tottenham Hotspurs in a pre-season friendly match held in Haifa.