Kylian Mbappe stood on top of the world on Saturday night – his world.

Around ten minutes before kick-off at the Parc des Princes, as Mbappe emerged from the main stand with Paris St Germain president Nasser Al-Khelaifi holding a shirt with the year 2025 on the back to show long Mbappe has re-signed for, the club’s social media platforms simultaneously broadcast a short video of a suited, ready-for-business Mbappe on top of the Parc: here he was, a Parisian king looking down on his promised land. Who owns who? – it is a question.

These were two of numerous striking images on a warm Paris night teeming with them. Mbappe will not forget this evening. He will not forget the introduction on the pitch, or the hat-trick which followed of course – he could have scored six.

Nor will Mbappe forget kick-off. It also was a moment. As the two sides prepared themselves for the last Ligue 1 game of the season, Mbappe was left alone in the center circle.

It may have been orchestrated, it may have been accidental, but it proved the perfect setting. The star of the day was left in splendid isolation, the adoration flowing down from the stands equalized by the respect in the space afforded him by his superstar team-mates. Lionel Messi and Neymar may be in the same shirts but as of Saturday. Kylian Mbappe is first among PSG equals. 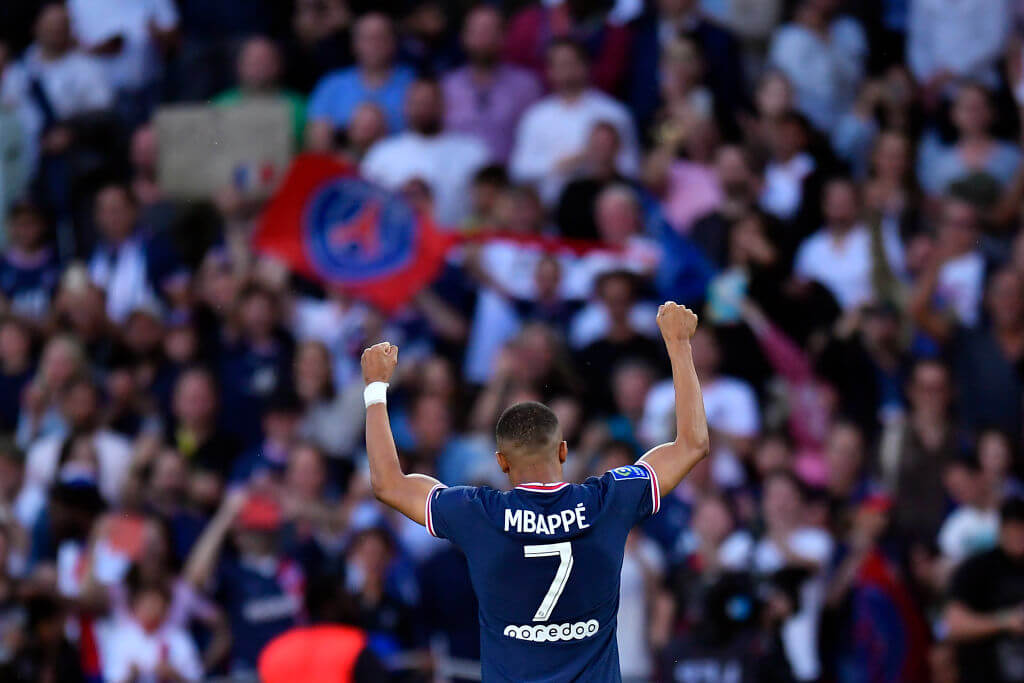 Given how money has again spoken, we can not be too sentimental, but still, for a 23 year-old Parisian in his home city, this scene must have meant something and in time should come to mean more.

“I’m really happy to continue the adventure here at Paris St Germain,” he said to loud approval, “to stay in Paris, my city.”

Certainly within the stadium there was no doubting the affection on what might otherwise have been Mbappe’s awkward farewell. The ultras who have been outraged at times in this underwhelming season, who have walked out of games recently, who have even whistled at Mbappe, turned down their protests and upped the volume. The pumping pre-match music was from Queen, the Pet Shop Boys and the atmosphere was French holiday camp disco. It was both end of term and a coming together for PSG. How long the unity lasts is another matter but the celebrations went long into Sunday morning.

Away from here, however, away from ‘ici c’est Paris’, Mbappe’s renewed PSG contract was causing palpitations and dismay. In Spain, not just in Madrid, the reaction was angry. There is the threat of legal action. Mbappe’s decision has altered the world as Real understand it.

Real president Florentino Perez is not used to rejection. Presumably he will have been thinking not just of the commercial benefits of having Mbappe at the Bernabeu but of the spine of Carlo Ancelotti’s team next season. 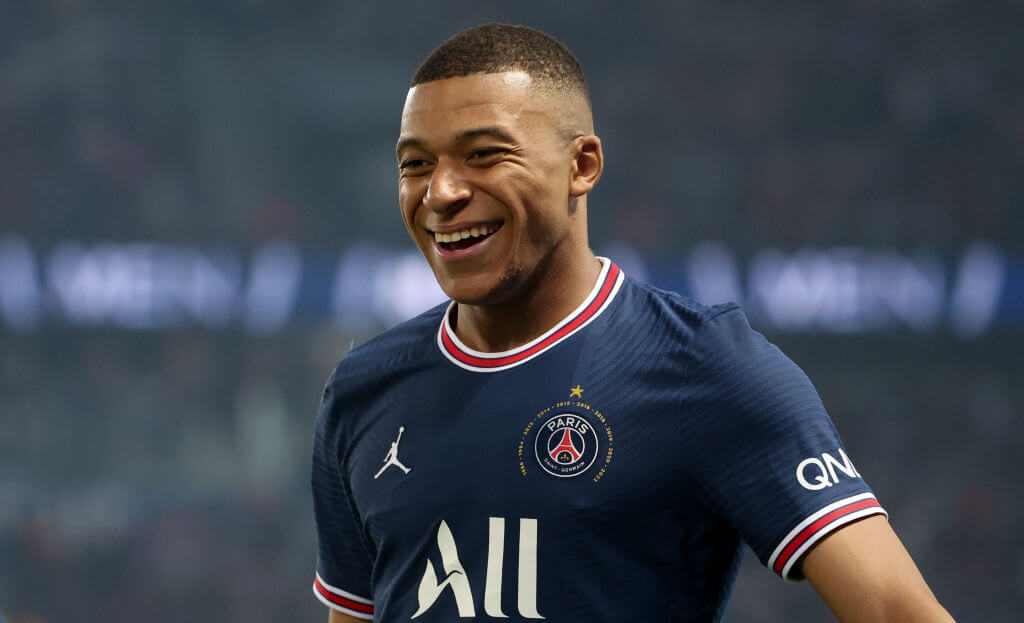 Mbappe scored a hat-trick to mark his new deal, which has caused so much anger in Spain (Photo: John Berry / Getty Images)

Having already recruited Antonio Rudiger from Chelsea, and with the brilliant 19 year-old Eduardo Camavinga developing in midfield – allied to what else Real already possess – Mbappe’s arrival would have made Madrid’s squad frightening.

In Perez’s mind there will also have been the scenario next Saturday of Real winning the Champions League against Liverpool across the city at the Stade de France, then departing Paris with their greatest player: two trophies.

PSG, a Qatari-owned club in a Qatar World Cup year, could not countenance such a loss – of face as well as talent. They do not like Real Madrid and the feeling is mutual. So PSG have responded to a difficult situation the way rich people tend to: by throwing money at it. It has worked. Mbappe stays. Real growl.

Such decisive actions are meant to settle things. But Mbappe’s decision has confirmed the truism that there are more questions than answers. He may be relieved to have drawn a line in the sand of his career, but the thought process, among some other rather significant details, of how he got there remains worthy of scrutiny. He will appear on national television on Sunday morning to explain his thinking.

The question of ambition must be raised. At PSG’s training ground on Friday, Mbappe’s current coach Mauricio Pochettino sat at a desk decorated in the club colors with its slogans in French and English. “Dream Bigger”, it proclaims.

This has been PSG’s brand for almost a decade and it is fair enough as this type of marketing goes. But the world beyond PSG will wonder if Mbappe’s decision is indeed dreaming bigger.

PSG claimed their tenth Ligue 1 title this season, eight of them in the last ten years. It is not organic growth.

They have finished 15 points clear of Marseilles in second. It has been won at a canter or in Messi’s case, walking pace and this game was an example of Ligue 1’s competitiveness. Metz, who were relegated by the 5-0 defeat, actually started brightly. But once Mbappe put PSG in front after 24 minutes, the visitors were overwhelmed by the talent, the occasion. It was reasonable football, but it was not Champions League material.

That is next Saturday. Real come to town to try to win their 14th Champions League / European Cup. The first of these, won in 1956, was in the Parc des Princes. 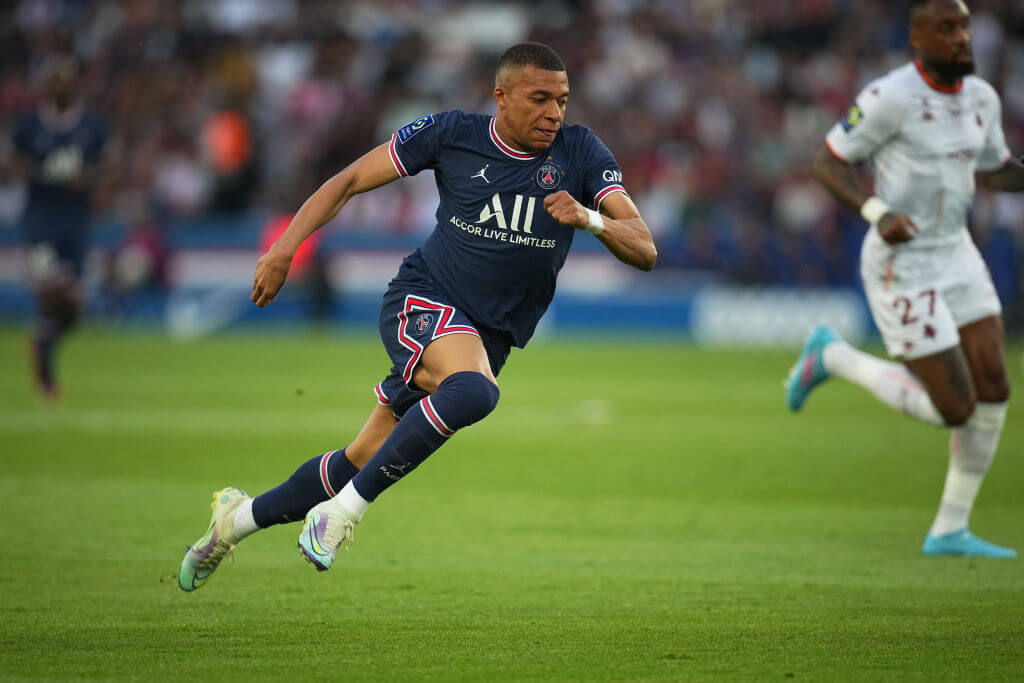 Mbappe must surely win the Champions League for his stay to have been deemed the right decision (Photo: Glenn Gervot / Icon Sportswire via Getty Images)

Rational neutrals, people who disagree with Perez’s overall view of football, can still feel a twang of disappointment that Mbappe will not have been seen – next season at least – in an evolving Real side looking capable of living up to the club’s traditions.

PSG would counter that in retaining Mbappe they are the ones dreaming bigger. More than once last week Pochettino used the term “obsession” to describe PSG’s attitude towards winning the Champions League, and for Mbappe, imagine being the Parisian who finally achieves it for Paris. A banner here read: ‘Kylian is Paris’.

Next season’s final is in Istanbul and we shall see how close PSG get to Turkey. We will see if this club which has again increased player power can form a team or if there will be another Champions League meltdown ten months down the line.

After the last, in March in Madrid, Mbappe was pictured, frustrated, hands on hips before a Bernabeu scoreboard telling the story of PSG’s defeat.

When Mbappe has flabbergasted us before – running 37 kilometers per hour at the last World Cup – we have used a word to describe him: unreal. And so he remains. It’s Kylian Mbappe’s world; he’ll do what he wants.