Manchester United have made an offer to sign Christian Eriksen, who is a free agent after an impressive half-season at Brentford.

Across stints at Ajax, Tottenham Hotspur, Inter and Brentford, Eriksen was one of the most dynamic passers and creators in Europe, and if United are successful in acquiring the Denmark midfielder it would go some way to replacing the progressive passing Paul Pogba brought to the team.

Where Bruno Fernandes is an unorthodox playmaker with a “high-risk, high-reward” passing profile, Eriksen is a calmer, creative player, one able to generate goalscoring opportunities for team-mates yet still valuing possession.

If he became a United player, Eriksen could operate from the left of a 4-2-3-1 system – one of Erik ten Hag’s preferred formations – with Fernandes operating as the No 10. The presence of two playmakers in a side at the same time could in theory allow United to sustain attacking pressure for longer, helping supply Cristiano Ronaldo (and Marcus Rashford, if he wished to play as a central striker).

The unusual nature of the upcoming 2022-23 season likely feeds any interest United may have in Eriksen as well. Premier League clubs are scheduled to fulfill 16 fixtures before stopping for the World Cup break on November 14 and United will also have a number of Europa League and Carabao Cup games to play before club football pauses for this winter’s tournament in Qatar.

Attacking midfield is not an immediate area of ​​need for United this summer, but getting a player as talented as Eriksen, who returned to top-level football after suffering a cardiac arrest when playing for Denmark at Euro 2020, to share minutes with others could help them better navigate a claustrophobic first half of the season.

Eriksen’s age and playing career also fit with previous business Ten Hag authorized during his time in charge of Ajax. In 2019, he cited the “experience” Daley Blind and Dusan Tadic brought to his generally youthful side. Ten Hag has already had the opportunity to view Eriksen’s current playing style closely as the Dane spent some time early in January 2022 training with Ajax’s youth team.

Ten Hag would be able to use Fernandes as United’s primary attacking catalyst, with Eriksen able to deputise as a No 10 or collaborate from wide. Eriksen’s arrival would raise further questions as to the future of Donny van de Beek: an altogether different kind of No 10 who favors off-the-ball running over line-breaking passing, but after a 2021-22 season where United struggled to score goals , one can see the attraction of a short-term deal.

The 30-year-old is understandably not the constantly running attacking midfielder he was during his 2015 to 2017 peak (on more than one occasion for Spurs, Eriksen would complete a game having run 13km) but he is still a hard-working player when out of possession and he intelligently presses opponents in order to win the ball back.

Last season, only Kevin De Bruyne and Martin Odegaard created more chances in the Premier League than Eriksen after he made his debut for Brentford in February. 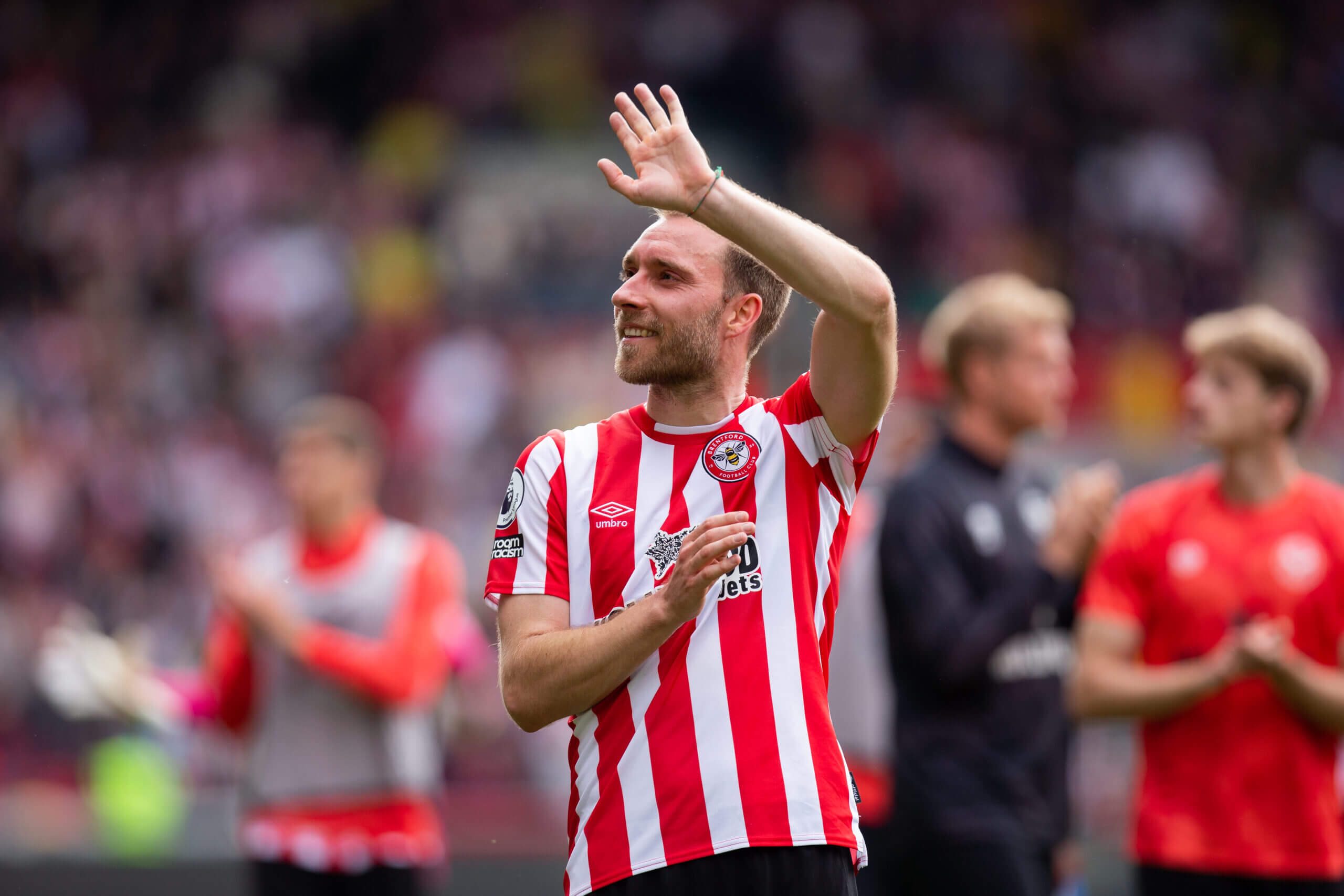 Thomas Frank’s side won seven of the 11 Premier League games Eriksen featured in, including fixtures against Chelsea and West Ham. He is a “floor-raising” attacking midfielder, capable of making flawed teams better and pushing good teams towards greatness.

Barcelona should have pushed to sign Eriksen rather than Philippe Coutinho in 2018 and in 2022 Manchester United are thought to be one of a number of suitors for his signature. In the player’s own words, there are “different offers and options” his team are considering, and Champions League football “is essential” to his playing future.

Conversation linking him to Tottenham Hotspur, where he would again play with Antonio Conte, makes a lot of sense too.

Strangely for United, it would have made more sense for the club to try and purchase the Danish playmaker in the summer of 2016 (perhaps instead of Henrikh Mkhitaryan), rather than in the present day.

At a time when rivals for the top four are future-proofing themselves, United appear relatively idle and a move for Eriksen would be a nice short-to-mid term solution to a problem that appeared mostly taken care of when Fernandes signed a new long -term contract with the club in April. This summer represents a crucial opportunity for course correction at United.

The departures of Edinson Cavani, Pogba, Jesse Lingard, Juan Mata and Nemanja Matic – among others and all as free agents – have left a lopsided and underperforming squad in a vulnerable position.

Ten Hag will have aspirations of qualifying for the Champions League, but West Ham and Leicester City boast more talented players in defensive midfield and Newcastle appear to be planning for a top-half Premier League position at pace. The negative spiral that marked much of United’s 2021-22 season can be halted this summer through smart player trading (outgoings as well as incomings). United are in desperate need of reinforcements and upgrades to their defensive midfield capabilities.

They will likely need a striker to ease the burden on Ronaldo and if Jadon Sancho is to play to his true potential on the right flank, then an attack-minded full-back should be on the shopping list. The club’s ongoing pursuit of Barcelona’s Frenkie de Jong is another promising, yet not-quite-problem-solving transfer. The Ten Hag era has begun by targeting good players but neither Ajax academy graduate fixes United’s most troubling on-field issues.

“Eriksen to United” is a move in keeping with a lot of the club’s business since Sir Alex Ferguson retired – acquiring a player who would have previously solved a problem area for United and a number of seasons after their peak.

Eriksen is a good player who would make a number of clubs in Europe better. Whether that club can be Manchester United is a lot harder to determine.