What is a badge in any case? It’s a complicated question to answer.

Perhaps your football club’s most ubiquitous symbol is a storied, heraldic design harking back to the local coat of arms or a sleek, modern design dreamed up to look effortlessly slick emblazoned on modern sportswear.

But why is there a tree? Or a bee? Or the devil?

This week, The Athletic is breaking down the details hiding in plain sight and explaining what makes your club badge.

There have been a number of club badges for the institution we now know as Manchester United.

When the club was founded by the Yorkshire and Lancashire Railway in 1878 and known as Newton Heath LYR Football Club, its emblem was a locomotive train. The original green and gold colors of this badge have been retained by modern United fans as a protest symbol against the unpopular Glazer ownership.

There were two versions of the Newton Heath club badge. The second, introduced in 1891, replaced the locomotive with a simplified coat of arms design.

Another badge came in 1902 after a change in ownership saw Newton Heath become Manchester United. The story goes that when local brewery owner John Henry Davies found a dog belonging to Newton Heath captain Harry Stafford, he learned of the financial issues troubling the club and decided to invest with a number of businessmen. A number of new names for the club were proposed, including Manchester Central and Manchester Celtic, before Manchester United was born in spring 1902.

The first true badge of Manchester United took inspiration from the Manchester coat of arms: it carried the city’s motto of “Concilio et Labore” — meaning “Wisdom and Effort” — and three yellow stripes represented the Irwell, Irk and Medlock rivers that run through and around the city. (The 2020-21 zebra dazzle kit took inspiration from these stripes.) An antelope with a golden chain on the left of the crest signified the city’s engineering achievement and a lion on the right with a castellated crown was a reference to the Roman hamlet of Castlefield, said to be the origin of the city as a whole. Both animals carried the red rose of Lancashire. A globe, merchant ship and Manchester worker bee all signified the city’s status as a global trading power during the Industrial Revolution.

United also used a unique cup final or game-specific badge featuring a golden eagle in 1959, 1963 and 1968. The year of 1958 was on that badge in remembrance of the Munich air disaster, and it also had a red M formed of chevrons, which inspired the design of United home and away kits in the 2009-10 season.

The next major redesign was introduced in 1960 and is familiar to modern-day United fans. The club crest again featured a merchant ship (to reference the city’s trading expertise and canals) and three stripes for the rivers, but is surrounded by a coat of arms with the Lancashire rose on either side. The next redesign occurred in 1970, when the red Lancashire roses were replaced by two footballs and a yellow/gold color scheme was reintroduced. Then, in 1973, the red devil was introduced to the United club badge.

The origin of the Red Devil nickname comes from the local rugby league team Salford Reds, who were referred to as “Les Diables Rouges” — “the Red Devils” — during a tour of France in the early 1930s. Following the Munich air disaster, United’s legendary manager Sir Matt Busby believed the nickname could be intimidating to opposition teams, so the club began to include the devil logo on matchday programs and scarves. Now, United’s club mascot is “Fred the Red”, an anthropomorphic devil who wears the number 55. 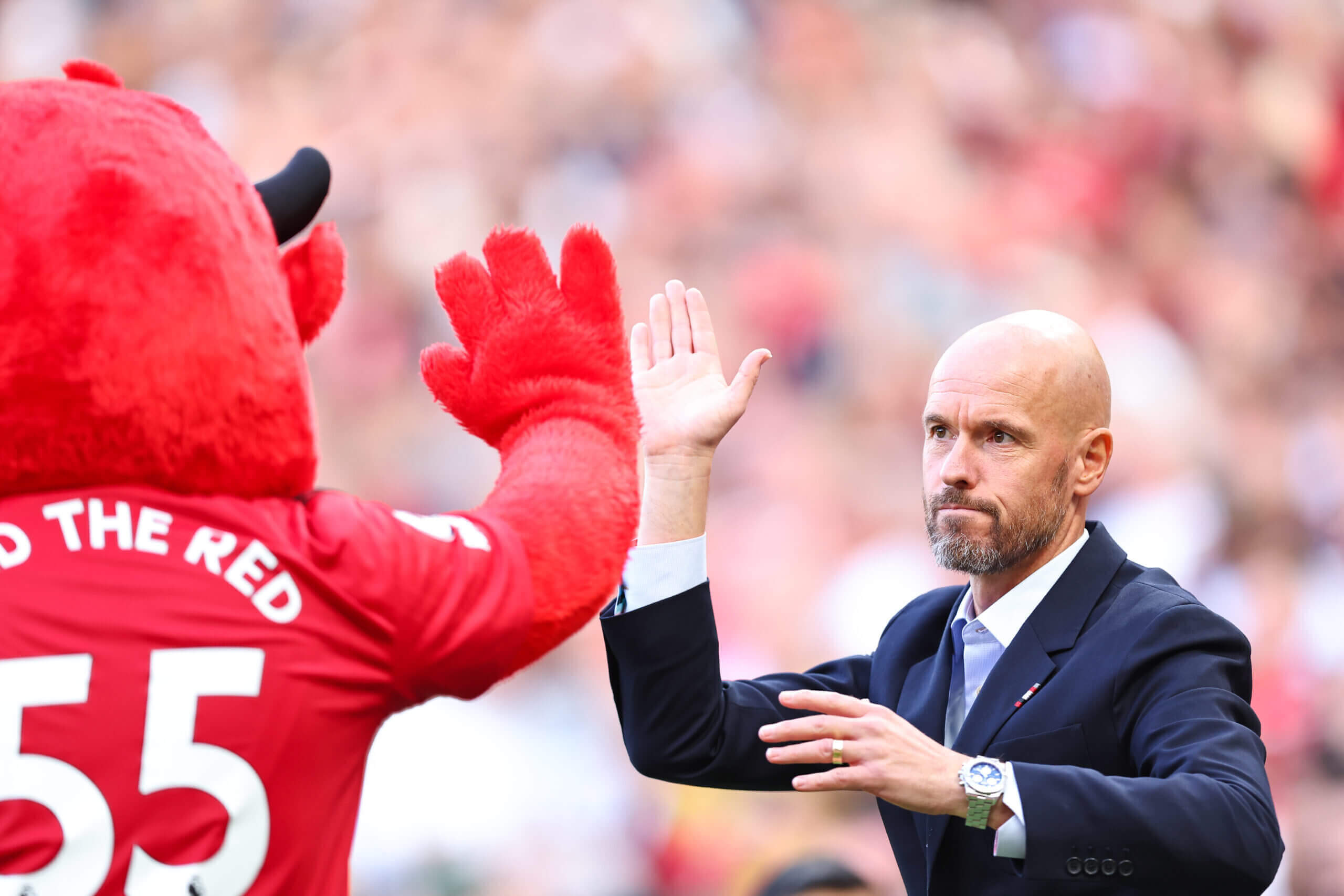 The most recent club badge was introduced in 1998, boasting a redesigned devil and ship, a cleaner color scheme and a contrasting finish on either side of the coat of arms. To the chagrin of many United fans, the words “Football Club” were removed from the bottom of the coat of arms and “United” was moved to the bottom.

At a time when many football clubs and other globally known brands are opting for minimalist overhauls of their logos, United’s now-24-year-old club badge strikes a historical chord. The ship and two footballs are but two aspects of the crest that could be lost if United opted for a redesign similar to that of Inter Milan and Juventus, and while many a fan would like for the words “Football Club” to be restored to the badge, United are now such a widely known and supported club that perhaps only a devil needs to be shown. 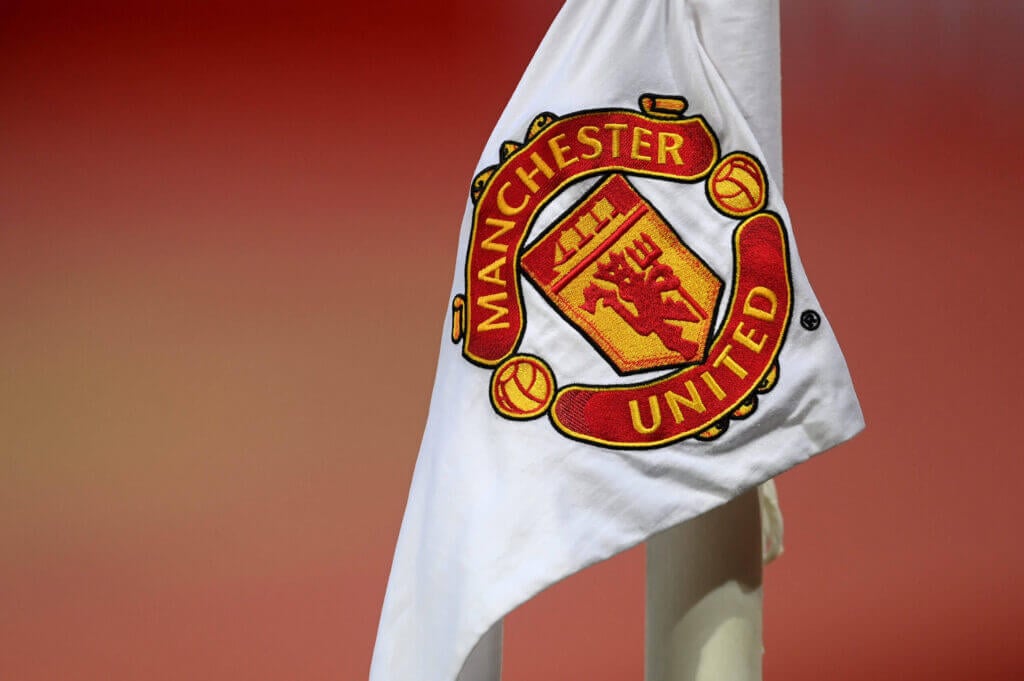 Manchester United’s badge as it is today (Photo: Michael Regan/ The FA/The FA via Getty Images)

But there is wisdom in keeping United’s current badge: a club that has worn many faces but is known around the world.