Manchester United are ready to let Cristiano Ronaldo leave this summer – but only on loan.


Neymar has revealed he wants to stay at Paris Saint-Germain this summer, but admits he has been left in the dark over the Ligue 1 champions’ plans.

Harry Maguire’s determination to beat the Manchester United boo boys has seen the England defender turn his back on a potential move to Barcelona.

Manchester United left-back Brandon Williams is wanted by Brighton in a £15m deal.

Atletico Madrid have placed Antoine Griezmann on the transfer market as part of an attempt to bring Cristiano Ronaldo back to Spanish football.

THE SUN ON SUNDAY

Everton are ready to sell Dele Alli just six months after signing him from Tottenham.

Joe Gelhardt is on the verge of signing a new bumper five-year deal at Leeds.

Everton boss Frank Lampard is ready to loan out big-money buy Nathan Patterson to get him game time.

Chelsea have an agreement in principle for Romelu Lukaku to spend a second year on loan with Inter Milan.

Burnley will have to raise their bid for Blackpool right-back Jordan Gabriel – with the Seasiders wanting £3m. 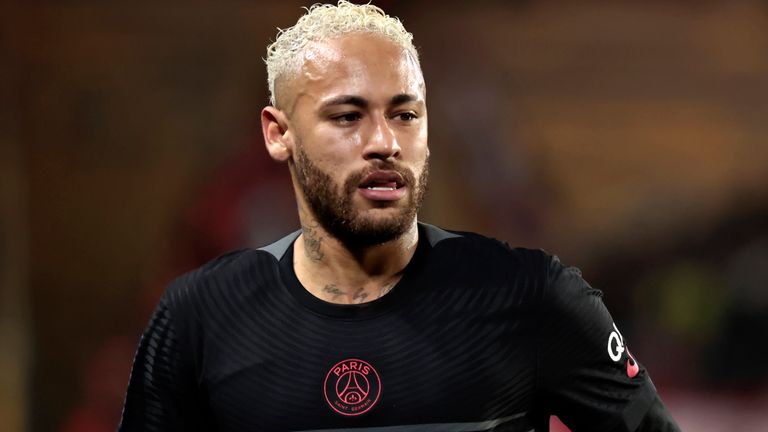 Paulo Dybala has broken Cristiano Ronaldo’s record for shirt sales after his free transfer to Roma.

AC Milan have reportedly reopened talks with Chelsea over a transfer for Hakim Ziyech.

Newcastle have reportedly made an inquiry about signing Rennes winger Kamaldeen Sulemana.

Juventus plan to get rid of Aaron Ramsey, Adrien Rabiot and Arthur Melo this summer, according to reports.

Thomas Tuchel said he understands César Azpilicueta’s desire to join Barcelona, ​​but added that Chelsea will not allow the defender to leave for a cut-price fee.

Two years almost to the day before the opening ceremony of the Paris Olympics, organizers are reportedly “in a cold sweat” over security, financial, venue and staffing concerns that could take the shine off Emmanuel Macron’s promised “national triumph”.

Jules Kounde has sensationally rejected Chelsea’s proposal and is ‘closer than ever’ to joining Barcelona from Sevilla, according to reports in Spain.

The RFU will begin an independent investigation into racism at Newcastle Falcons this week to follow up claims made by former player Luther Burrell.

Sevilla maintain they have yet to receive an offer from Barcelona for Chelsea target Jules Kounde as the transfer saga comes to a head.

Discrimination in cricket was thrust back into the spotlight on Saturday as it emerged up to 10 people will be implicated in allegations of racism at Essex and a review had found the sport in Scotland to be “institutionally racist”.

Man City have rejected a £16m bid from Southampton for striker Liam Delap.

Newcastle have asked about Rennes winger Kamaldeen Sulemana, but they want at least £35m.

Former Rangers striker Jermain Defoe has revealed that he warned summer recruit Rabbi Matondo that he could not pass up the chance of a move to Ibrox.

Ange Postecoglou has revealed that Carl Starfelt is nearing a Celtic return.