Manchester United head into this summer window prioritizing central midfield, with two additions on the agenda due to the departures of Paul Pogba and Nemanja Matic. Following the arrival of Erik ten Hag, Frenkie de Jong has been pushed to the forefront.

Ten Hag has pressed for United to explore signing De Jong after sharing an excellent working relationship with the midfielder at Ajax. De Jong was an instrumental part of the Ajax side that reached the 2019 Champions League semi-finals.

Barcelona’s financial issues have meant that the prospect of a sale is plausible and manager Xavi Hernandez has admitted he will consider the “economic situation of the club” with regards to De Jong, a player he likes. Barcelona are resisting a cut-price deal, with an € 80 million price tag being reported. That would be a significant portion of United’s transfer budget, which could give Ten Hag second thoughts.

An exact limit has not been set but general workings are for a possible spend of £ 120 million, depending on how deals are structured. United have let it be known there will be restrictions to their potential outlay, even with the appointment of a new manager. Ten Hag, football director John Murtough and chief executive Richard Arnold have all emphasized their sense of “potential” in the current squad in recent public communications. Ten Hag wanted to make that point publicly in his debut press conference.

Sales would top up the pot, with Anthony Martial, Eric Bailly, Phil Jones and Axel Tuanzebe set to be on the market. Dean Henderson might go but that could be on loan. Alex Telles is known to want more game time, so is expected to look at options and United would consider selling Aaron Wan-Bissaka, who experienced a difficult season. But United must improve on a record that has seen only Daniel James sold for a profit in recent years. 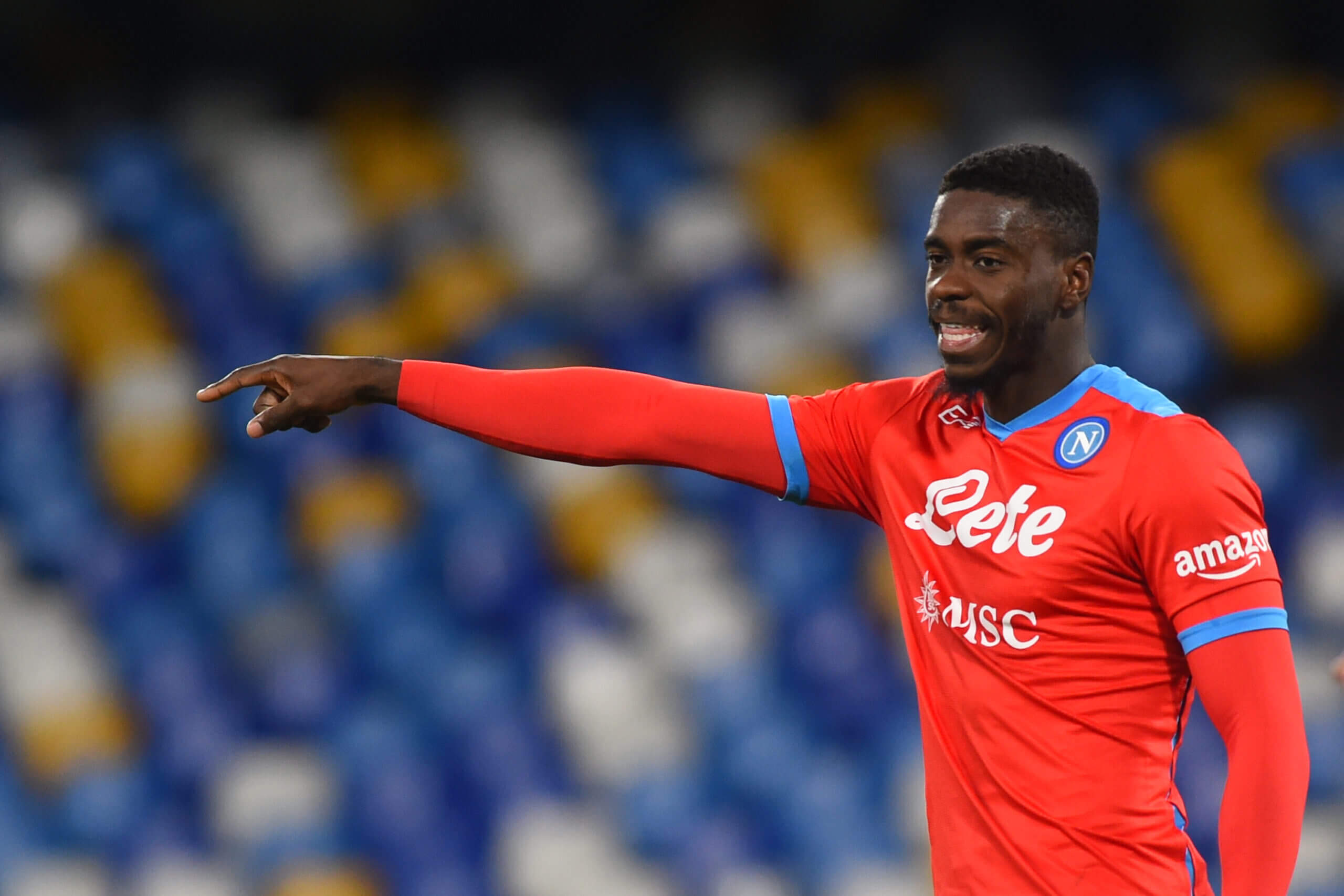 Axel Tuanzebe, who made two appearances for Napoli after joining the Serie A side on loan in January, could be sold by United this summer (Photo: Agostino Gemito / Pacific Press / LightRocket via Getty Images)

De Jong’s own preference is a crucial factor, with United unable to offer Champions League football. The 25-year-old’s Instagram post in midweek, a message to Barcelona supporters about working hard “to do better next season”, has not been regarded as a definitive sign he will stay in Catalonia, though.

For United, the example of Donny van de Beek cannot be disregarded. Ole Gunnar Solskjaer and Ralf Rangnick judged his physicality an issue, others thought the scale of United proved a shock. Van de Beek might fairly contend that United’s team has not been set up for a player of his style and Ten Hag’s arrival could change that. Van de Beek and De Jong represent two players who fully understand the new manager’s demands in and out of possession.

Ten Hag wants greater control of the ball in midfield, which De Jong would be able to supply. He would fit as a replacement for Pogba but not the defensive midfielder long required, especially since Matic is leaving. There is the prospect of a transfer for Kalvin Phillips but that deal is even more complicated by Manchester City now being credited with interest.

Lines of dialogue are open over Declan Rice but West Ham’s resistance to selling is firm and United are unlikely to sanction two marquee signings unless there is a major outgoing.

It is in that context that a move for N’Golo Kante is being considered. Kante’s Chelsea future is uncertain and sources say he is expected to be made available for a reduced price due to his contract expiring in 12 months and Thomas Tuchel’s desire to freshen up his midfield.

United have been offered Kante before, in 2020 when Frank Lampard was in charge, but there was not a consensus on an approach, with some staff feeling the French World Cup winner’s best days were behind him. Kante went on to shine in the Champions League final but, aged 31, his injury record has worsened. A groin issue delayed his start to the season and he sustained various muscular problems.

In the season just completed, he started 21 Premier League games and Tuchel said recently: “He is our key, key, key player but key, key, key players need to be on the pitch, and if he plays only 40 per cent of the games, it is maybe a miracle that we arrive in third place. He is our Mo Salah, our Virgil van Dijk, our Kevin De Bruyne. He is the guy who makes the difference and if you only have him 40 per cent, it is a huge problem. ”

After a campaign when several first teamers missed matches through muscular complaints, United would have to balance the benefit of Kante’s quality and experience versus his prospects of playing regularly.

Tapping back into Ajax, Edson Alvarez, the 24-year-old Mexico international, is another player highly rated by Ten Hag. Alvarez is a defensive midfielder who can perform at center-back. 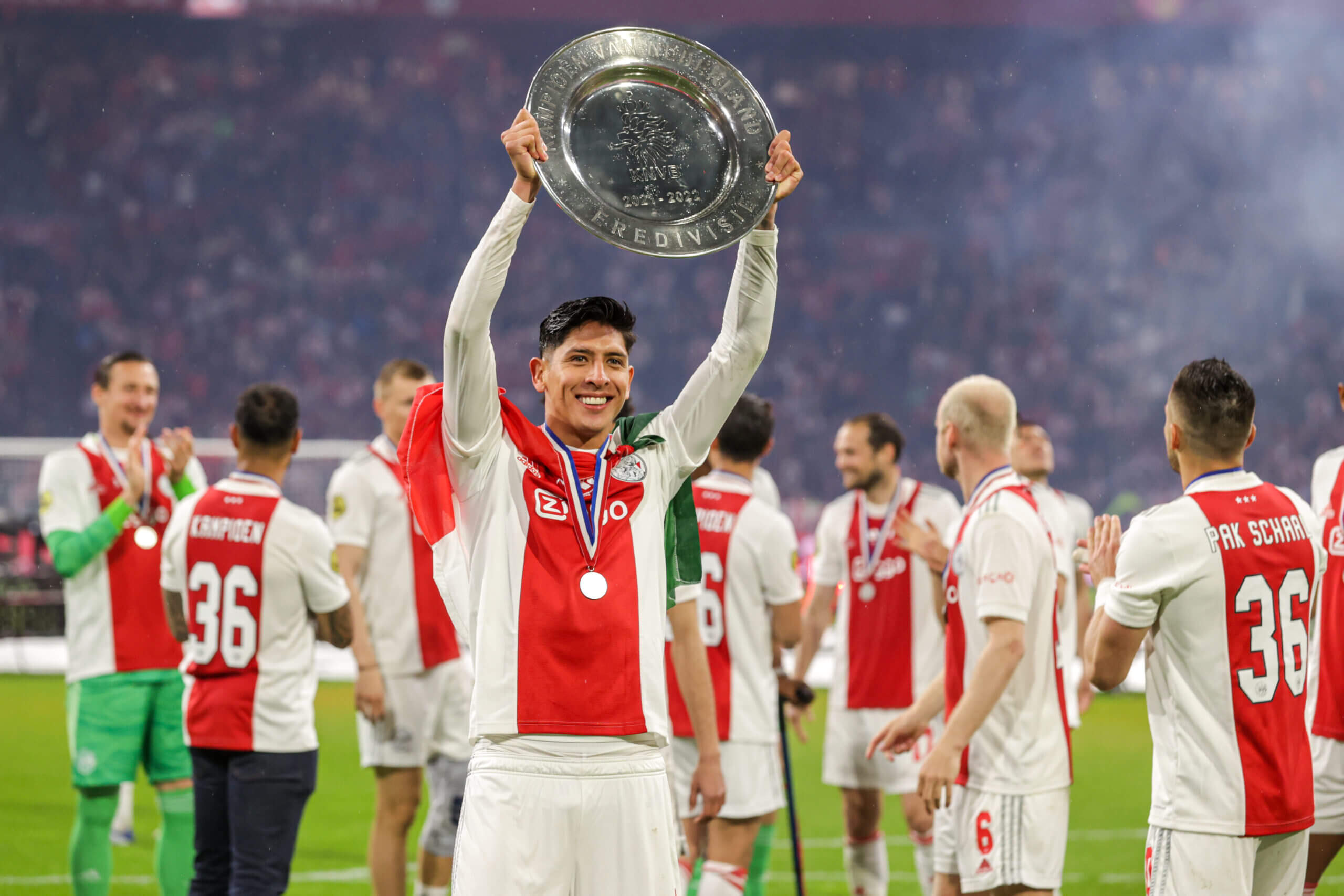 Aurelien Tchouameni, the 22-year-old Monaco midfielder touted as Kante’s successor in the France team, has not been actively pursued by United. Real Madrid and Liverpool are vying for his signature.

It is felt that Ten Hag wants to sort the midfield first before moving onto other positions. He does not wish to commit funds on a striker or center-back that would then be detrimental to options in the heart of his team.

Attack is the next on the list, with Edinson Cavani and Mason Greenwood removed from the squad Solskjaer took into 2021-22.

Talks have taken place over Benfica center-forward Darwin Nunez, whose expected summer move will be overseen by Jorge Mendes. Nunez did have representation from Edgardo Lasalvia, a long-term associate from his native Uruguay, but Mendes struck a deal to take over. Mendes is believed to have told Benfica he can get an € 80 million fee for Nunez.

Whether United feel Nunez is worth the investment remains to be seen. As with Barcelona and De Jong, United are willing to wait rather than be pressed into paying the initial demand. The Mendes aspect of the Nunez negotiations is interesting in light of Cristiano Ronaldo’s continued presence. Ten Hag has spoken glowingly of Ronaldo.

Harry Kane had been a prospective target but Tottenham Hotspur’s qualification for the Champions League has changed the landscape. Kane, once willing to look at his options this summer, is now very content at Spurs, especially with Antonio Conte in charge. Conte will remain at Tottenham next season, with Daniel Levy agreeing a £ 150 million investment to go on signings.

Sources feel Levy was stung by events of last summer, when Kane pushed to leave and the search manager dragged on, and has decided to back Conte in the firmest terms. In that light, Tottenham represent as good a chance for trophies as anywhere else for Kane, which has always been his driving motivation. He shares a strong bond with the club’s Italian head coach and appreciates his demanding style.

Christopher Nkunku is a different type of attacker but United might make an approach if RB Leipzig soften their stance on his departure. Leipzig are adamant the 24-year-old, who plays predominantly on the wing, will not be sold this summer. Ralf Rangnick has recommended Nkunku to United in a strong manner.

Much has been made of possible center-back targets but talks are only expected to progress once other positions have been sorted. Ten Hag has major admiration for Jurrien Timber and United are aware of what it would take to secure him. United have also scouted Pau Torres, the Villarreal defender.

Responsibility in this market falls to Murtough, with United finally aligning a football executive with financial decisions. Matt Judge, United’s head of negotiations, is still working to facilitate a handover until an expected departure date in July.