Mason Greenwood is expected to discover in the next three months if he will be charged over allegations that he raped, sexually assaulted and threatened to kill an 18-year-old student.

Greater Manchester Police confirmed on Friday that the Manchester United star’s bail was extended at a private hearing at Manchester and Salford Magistrates’ Court on Thursday.

The next bail hearing is scheduled for early September, but the Crown Prosecution Service are set to make a decision before then over whether to charge Greenwood or drop the investigation altogether.

Greenwood, 20, remains under suspension by United and will not be allowed to return to training at Carrington when most of the squad report for pre-season under Erik ten Hag on Monday.

The police investigation would have continued if bail conditions had been removed by the court, but GMP confirmed that the bail has been extended.

The 20-year-old footballer was arrested in January after images and videos were posted online. 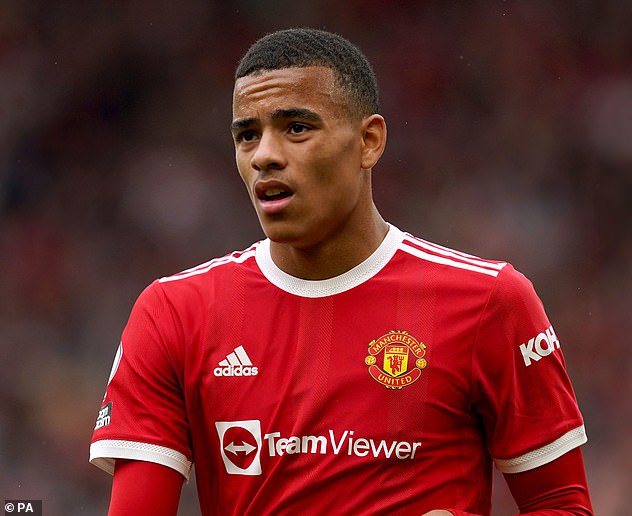 Mason Greenwood, 20, was arrested in January after a set of images and videos were posted online. He has now had his bail extended to an unspecified date while investigations continue

He was also later quizzed on suspicion of making threats to kill as he spent three nights in cells at a Greater Manchester police station.

Greenwood was released on conditional bail. This was first extended until mid-June and has now been extended.

However police did not specify when it would run out after yesterday’s closed court hearing.

A GMP spokesperson said: ‘As the outcome of bail reviews does not impact the progression of investigations, Greater Manchester Police will not be providing any further updates in relation to this case until the suspect is charged or released facing no further action.’

Rumors circulating on social media recently suggested that rather than being charged the striker might face no further police action. 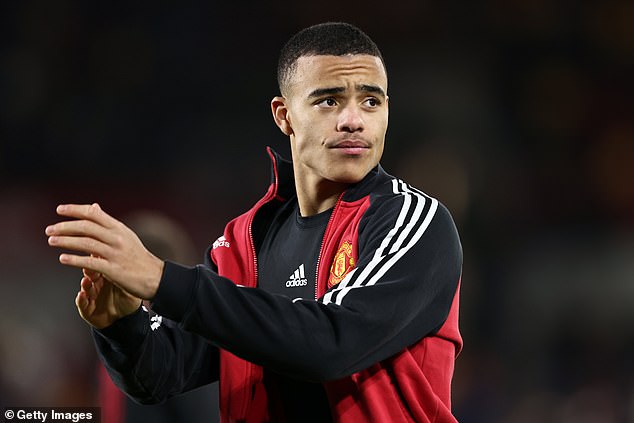 However the police investigation remains ongoing and Greenwood remains suspended by the Old Trafford club.

Police arrested Greenwood on 30 January after seeing a woman reporting allegations of physical violence and sexual threats on social media.

The England international was originally held on suspicion of raping and attacking a woman as he was grilled by detectives.

While in custody, he was re-arrested on suspicion of sexual assault and threats to kill his alleged victim before he was released on bail.

Greenwood, an academy product originally from Bradford, West Yorks, later beefed up security at his home.

He brought in two private security guards to patrol the rented house and an expert installed a home CCTV system capable of recording from up to eight cameras.

The footballer was suspended from playing or training with Man United until further notice. 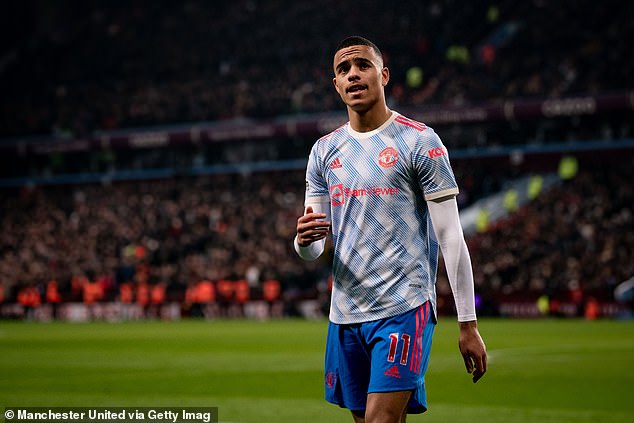 Greenwood remains suspended from playing or training with his team, Manchester United

Nike suspended its sponsorship deal with Greenwood, and later terminated it, and Electronic Arts confirmed its removal from active squads on its FIFA 22 game.

Greenwood was spotted in public for the first time since his arrest in early April, driving a black Mercedes around Cheshire while wearing a Cartier balaclava.

He made his only appearance for England debut against Iceland in September 2020 but was then sent home for breaching Covid guidelines.

Greenwood, who has scored 22 goals in 83 appearances for United, has not played for his country since.

His last appearance for the club came in a 1-0 win against West Ham on 22 January.