Manchester United should be in the world top three but they aren’t top three in their own league. Barcelona have been a mess, but they still hold their allure.

Completely subjectively, here’s how we’ve ranked the world top 20 clubs on how attractive they are currently to potential new signings…

20) Seville
Sevilla have rarely threatened to crack the top three in Spain but potential recruits in the past decade have been able to rely on them for fourth place, a dabble in the Champions League and probably a Europa League winner’s medal along the way. The signing of Anthony Martial in January was seen as a sign of their European status (with Juventus beaten off), even if the Frenchman flopped miserably.

19) West Ham
Will the Hammers make the most of their new-found attractiveness? They’ve tried spending big before and had it blow up in their faces. Then they got smart and it has earned them European football in consecutive seasons, which won’t go unnoticed by top talent. Nor will the fact they’re London-based. They need to make the most of their blossoming status to avoid success being fleeting because the positivity is already evaporating.

18) RB Leipzig
Leipzig’s buy-to-sell policy and their Champions League credentials makes them an attractive stop-off for any player keen to climb the career ladder, with the German club’s record for developing talent evident in the sales of Timo Werner, Ibrahima Konate and Dayot Upamecano , with Christopher Nkunku or Josko Gvardiol set to be the next cab off the rank. It’s almost like Ralf Rangnick is worth listening to…

17) Ajax
Ajax remains an alluring destination as a stepping-stone club while retaining good prospects of silverware along the way. Prior to Covid, they provided 22 players for the big five leagues in Europe – more than any other club. Aside from whatever ambitions players may have beyond Amsterdam, playing for a club with the history, culture and following Ajax has should be enough to tempt emerging talent to Holland.

16) Newcastle
All of a sudden, agents and players don’t seem quite so concerned about relocating to the north east (which is bloody wonderful, by the way). Can’t think why…

15) Rome
Jose Mourinho can still charm the pants off players even without the pull of Champions League football. And Rome isn’t a bad spot to park yourself for a season or two.

15) Inter Milan
Milan need to make sure they do not make the same mistake as their city rivals and strengthen from a position of authority this summer. Inter refused to do that last summer amid budget cuts that cost them Antonio Conte. They almost got away with it domestically but, as it stands, the Nerazzurri have slipped in Italy’s list of most appealing destinations.

Ranking the early-summer mood around all 20 Premier League clubs

14) Atletico Madrid
Atletico went toe-to-toe with the big boys, landing Joao Felix and re-signing Antoine Griezmann but as sporting director Andrea Berta said last month: “The years of the big signings have ended.” Still, the Rojiblancos remain an attractive option, in the Spanish capital, with a top-class coach and the lure of regular Champions League football. The outlook may have changed somewhat since they were champions just last year but few players will turn their noses up at Diego Simeone during a big summer for Atletico.

13) Borussia Dortmund
Dortmund have carved out a niche as a stepping-stone club, with players happy to sign on in the knowledge that the Bundesliga’s perennial runners-up and Champions League participants have a proven track record in developing talent and not standing in the way when bigger clubs come knocking. Dortmund also offer decent salaries, with the wage bill, while comfortably below Bayern, still considerably higher than other Bundesliga teams.

12) Arsenal
Blowing up in the race for fourth leaves Arsenal as the least attractive of the Big Six options, despite the good things going for them, including fantastic facilities and their London address. Those qualities are likely to hold more sway with domestic-based players than European stars, who might first look at their recent record and think twice before signing on at the Emirates.

11) Tottenham
Spurs can offer Champions League football and London living. Which could so easily have been Arsenal. Spurs, though, also have the allure of working with a proven top-class coach in Antonio Conte.

10) AC Milan
Milan were not that long ago one of the most prestigious names in the game and could have their pick of the game’s stars. The glory days passed and too long in mediocrity made the Rossoneri not even the best destination in their city, but a first Serie A win in 11 years should go some way to restoring their reputation, even if it’s unlikely they’ll ever regain the pull they once had.

9) Manchester United
United should be top three and the fact they are not is a damning indictment of the mismanagement of the club. Top European players in the modern day apparently aren’t impressed with what United have to offer, while even domestic stars are wary of being burned in the Old Trafford dumpster fire. Many United fans feel the club need not demean itself by trying too hard to woo Frenkie De Jong but the Dutchman’s reluctance would be typical of the reaction of any top European star when Dicky Arnold’s number pops up on their agent’s phone. United have to accept that players need to be sold on coming to Old Trafford when not long ago they would have dragged their balls over broken glass to join.

8) Chelsea
“There was nothing at Chelsea,” said Glenn Hoddle recalling when he took over 30 years ago. “There was no office, no gym, no food, cold showers.” They had to keep Ruud Gullit away from Stamford Bridge and the training ground, signing him over lunch on Kings Road before he realized what he was letting himself in for. Now, the Blues have no such worries, especially with a new owner and no sanctions. Thomas Tuchel and their setting in the heart of the capital make Chelsea an easy sell.

7) Juventus
Juve, like Barca, temporarily lost their minds while chucking insane salaries at the likes of Aaron Ramsey but the Old Lady can still pull them in. The Bianconeri are likely to pull off one of the most high-profile deals of the summer when they sign Paul Pogba for nothing – again – though that hints at few other appealing offers from elsewhere for the Frenchman. Serie A does not have the sway of the 90s but if a top player fancies Italy, then Juve is generally the club they want most, with a top coach in charge and the expectation that they will prove last season – when they are still finished in the Champions League places – to have been a blip.

6) PSG
PSG have largely avoided their fear of rejection by chucking big money at the objects of their desire which, for the most part, has worked for them in the market more than it has on the pitch. But this summer, Paris is not as attractive as it has been, with their supporters revolting and the hierarchy dithering over a manager. Still, no doubt they’ll do something daft before the end of the window and all the oil money in Qatar makes them attractive to many.

5) Liverpool
Perhaps only if you’re being coveted by any of two or three of the clubs above them on this list might you say no to Liverpool right now. Or if you’re looking for silly wages, which the Reds are going out of their way to avoid paying, even if it might cost them the services of Mane and Salah. Liverpool haven’t chased the game’s biggest names and rarely recently have they gone up against the likes of Real and Barca, so it is hard to know what sway they hold in Europe. But few players these days would swerve a weekly bearhug from Jurgen. 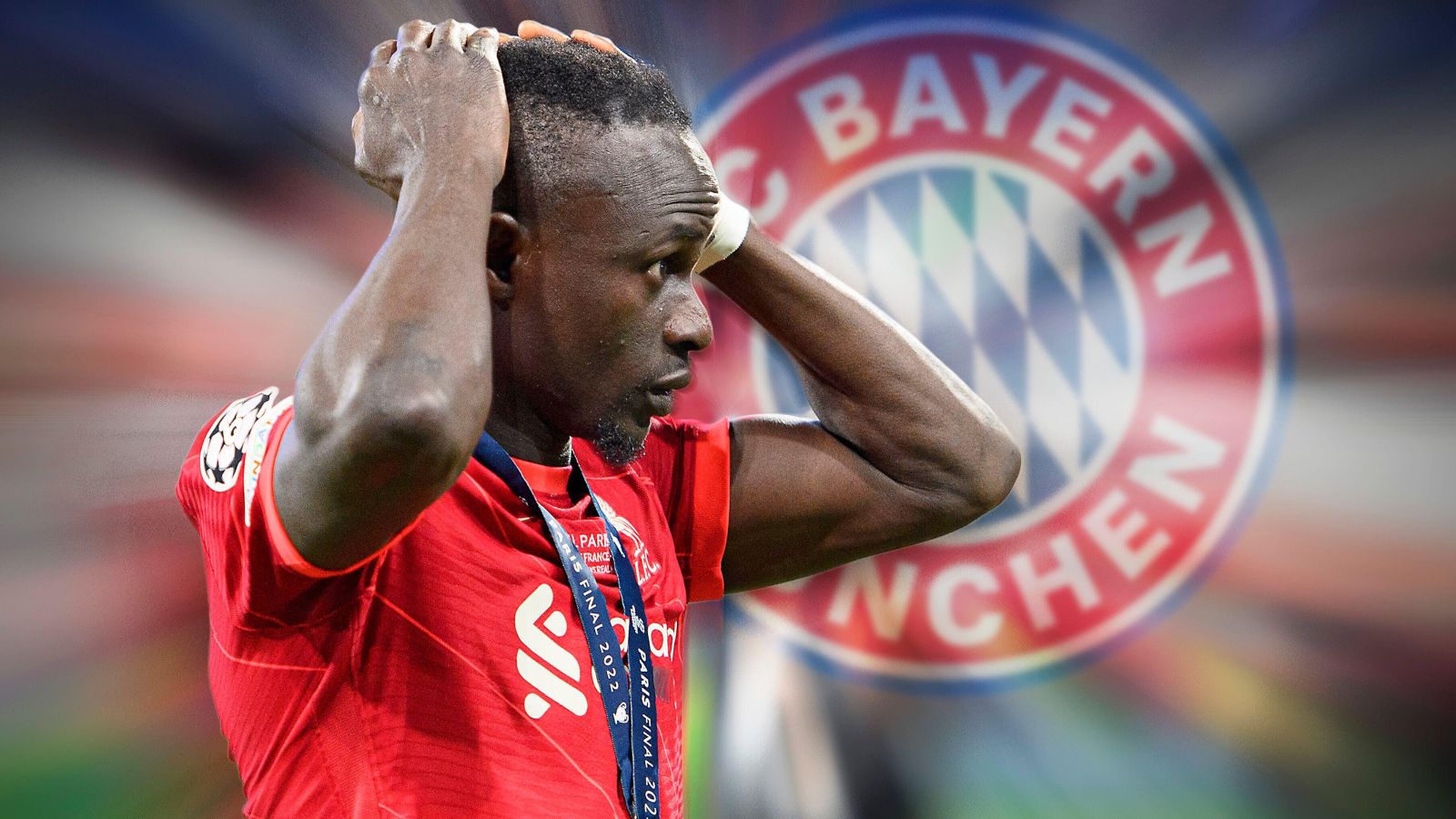 4) Bayern Munich
Bayern retain their allure to players looking for almost-guaranteed silverware – they’ve won the Bundesliga every season for the last decade – and they pay extremely well. Or rather, they did. It seems Bayern are intent on tightening their belts but they still carry major sway in the transfer market, especially for Germany-based players. And Sadio Mane.

3) Manchester City
When this list was first scribbled before being crossed out and re-scribbled half a dozen times, City were outside the top five. But Erling Haaland’s choice of destination has to mean something – every major player in Europe wanted the Norwegian goal-machine, even if many were unable or unwilling to meet his demands. What Pep wants, Pep usually gets and while The Harry Kane Saga is evidence that is not always the case, Kane cannot deny that he wanted the move.

2) Barcelona
Barca may have been a complete mess in recent years, choosing to massively overspend despite their barely diminished allure, but the Catalans hold the same sway as Real – if the chance comes, players will almost always take the opportunity to play at the Nou Camp. Even after the last couple of batsh * t seasons, Mo Salah, Robert Lewandowski and Raphinha still want to join Barca. Some will even ‘go to war’.

1) Real Madrid
No one turns down Real Madrid. Except Kylian Mbappe, but still the feeling persists that Real will eventually get their hands on the Frenchman once he’s done rinsing PSG for all he can. “I wouldn’t sell them a virus,” said Sir Alex Ferguson shortly before he sold them to Cristiano Ronaldo. If Real REALLY want someone, you know they’ll usually get him.