Man City star Benjamin Mendy was this afternoon cleared of one count of rape after a tape of one of the encounters was revealed in court.

His co-accused, Louis Saha Matturie, 41, was also cleared of two counts of rape and one of sexual assault against the same woman – known as Woman Seven – after the prosecution offered no further evidence against the defendants on those four counts.

Jurors were told of a private video of the woman having ‘enthusiastic sex’ with Matturie, when she claimed she had been raped.

Matturie wiped tears from his eyes as he stood in the dock and the formal not guilty verdicts, as directed by the judge, were given by the foreman of the jury at Chester Crown Court.

Mendy, 28, has denied eight counts of rape against five women; one count of attempted rape and one count of sexual assault.

The offenses were alleged to have taken place on five different occasions at his Cheshire mansion between October 2018 and August last year, relating to seven women in total. Mendy denies all the charges.

Matturie, 41, from Eccles, Salford, had pleaded not guilty to eight counts of rape; and four counts of sexual assault, relating to eight women.

Both Mendy and Matturie remain on trial for the remaining alleged sexual offenses, which they both deny.

A jury heard claims that she was then raped by the 41-year-old, who is being referred to as Saha during the trial.

It was alleged to have happened a week after she had claimed Mendy had raped her himself at his home.

But Chester Crown Court was told she had agreed to be filmed on Saha’s mobile and was said to have been shown smiling at the camera and gyrating.

The 20-minute mobile phone video was taken by Matturie on August 1 last year, the court heard, a week after both men had allegedly raped the same woman on the same night the previous weekend at the footballer’s mansion in Prestbury, Cheshire. 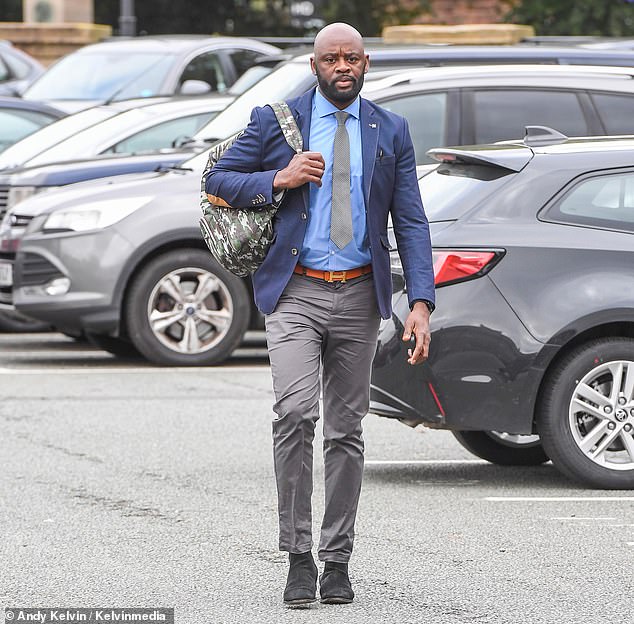 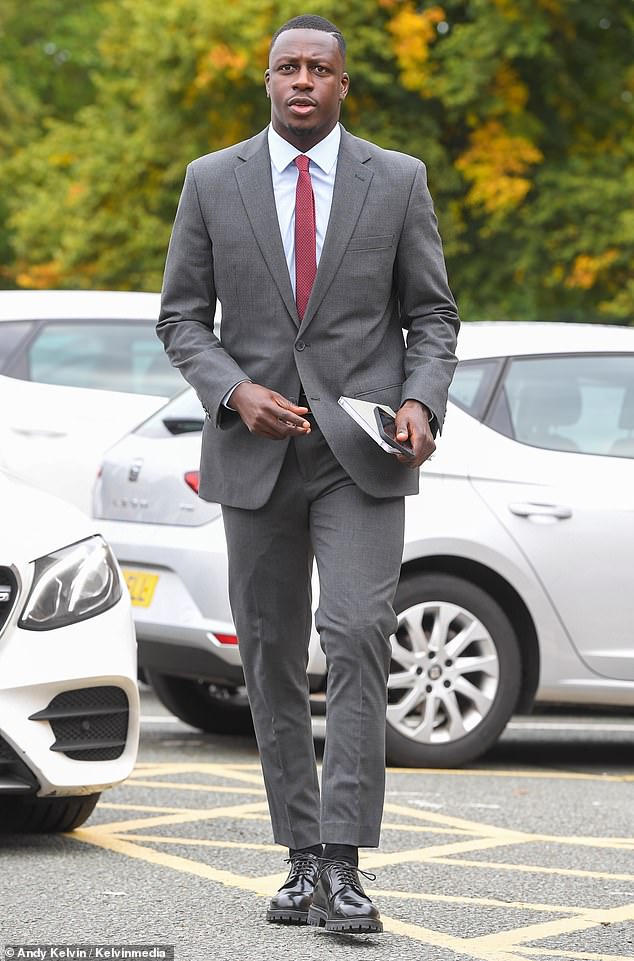 Benjamin Mendy, at Chester crown court where he is charged with multiple rapes and sexual assaults.

The woman had told the jury Matturie sexually assaulted her for a second time at a flat in Salford on August 1 last year after clubbing at China White nightclub in Manchester.

Judge Stephen Everett ordered Mendy and Saha to be cleared of charges related to that one woman.

He warned jurors not to speculate as to why the prosecution had decided not to pursue guilty verdicts in relation to the charges concerned and to continue to ‘faithfully’ try the defendants on the multiple charges they still face.

Lisa Wilding, KC, for Saha, said Woman Seven had gone to the defendant’s home to have sex.

Miss Wilding said that the sex was ‘consensual, willing and enthusiastic’ and that he had filmed it on his mobile phone.

The woman denied this, claiming the incident left her feeling ‘ashamed and disgusted’.

Miss Wilding said: ‘When you had sex with Saha, you and he filmed that sex, didn’t you?

‘You know that you and he had a discussion beforehand and said words to the effect of “let’s make our own little movie”.’

The witness replied: ‘No. I wouldn’t do that.’

Ms Wilding said: ‘And he had his phone in his hand right in front of you throughout the time that you and he were having sex.’

The woman replied: ‘I was not aware of that.’

Ms Wilding said: ‘And you looked directly at the camera more than once enjoying what you were doing?’

The woman, who became tearful, replied: ‘No.’

Ms Wilding said: ‘You had sex initially with you on your knees and him behind you. You then gave him oral sex, didn’t you?

‘Did you give him oral sex looking at the camera that was in his hand at the time?

‘Did you then sit on top of him gyrating and smiling, looking at the camera?’

‘No,’ the woman replied.

Miss Wilding said: ‘Well, then I’m going to have to ask you to look at some images.’ 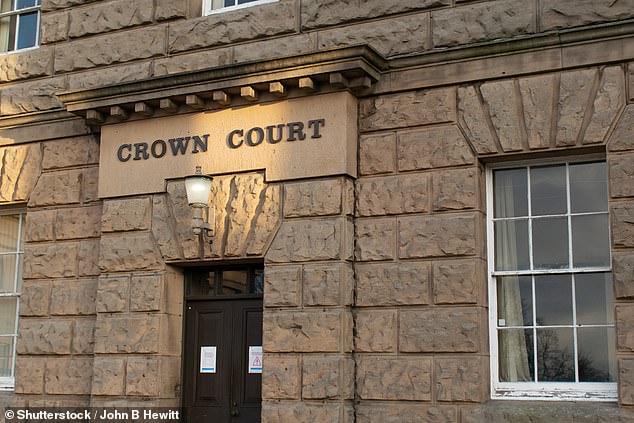 The woman said she was ‘ashamed’ about having sex with Matturie and denied Miss Wilding’s claims that she was ‘making noises and moaning as if you were sexually excited.’

The court was told how Woman Seven later sent videos of food she was eating while on holiday to Matturie.

Miss Wilding said Woman Seven had made up the allegations that she had been raped and sexually assaulted after speaking with her friends.

Miss Wilding said: ‘Did you then become a bit embarrassed about the fact that you had been happily engaged in a sexual relationship with a man who was older than you?

‘It was when in discussion with your friends they started saying to you “what’s between you and him is weird because he is older”, that you decided to say what he had done to you was rape.’

The woman – giving evidence at Chester Crown Court – denied this.

Both men deny all of the remaining charges. The trial continues.