Manchester United are reportedly ready to raise the stakes in an effort to bring Ruben Neves to Old Trafford, with the Wolves star fast emerging as their No. 1 transfer option this summer.

United boss Erik ten Hag has endured a frustrating time in his efforts to strengthen his squad. While he has brought in three signings in Tyrell Malacia, Lisandro Martinez and Christian Eriksen, his bid to land Frenkie de Jong continues to drag on. In fact, the entire transfer saga has defined United’s entire transfer window.

As it stands, they are no closer to landing the Barcelona man than they were three months ago. With the player reportedly owed some £14.4m (€17m) in deferred wages, he appears in no hurry to quit the LaLiga giants.

And with Chelsea now firmly on the scene, a report has listed two reasons why De Jong would rather move to Stamford Bridge.

As a result, it leaves Ten Hag and United facing the prospect of missing out on their top summer target.

Instead, the club will have a list of back-up options, although the first of those, Renato Sanches, is closing on a bargain move elsewhere.

However, they will have three other names they are considering. To that end, Sergej Milinkovic-Savic, Youri Tielemans and Neves are all under the spotlight.

Of the three, it would see Neves would come with the biggest price tag. Despite having two years left on his deal, Wolves reportedly value the Portuguese star at a whopping £75m.

However, that apparent valuation is reportedly in place at act as a deterrent. And reports claim United believe they can drive down the price, thanks to their Jorge Mendes connection.

Man Utd ready to go all in for Ruben Neves

The 25-year-old midfielder is represented by Mendes, who has a long-standing association with Manchester United. And the Manchester Evening News believe that connection will be key amid claims United are turning up the dial for Neves.

That comes in the wake of Sky Sports News reporter Melissa Reddy claiming Neves is very much coming into focus for United.

Reddy said: “We know Frenkie de Jong has been Manchester United’s priority target. But with the deal dragging on, alternatives will come into play. And one of the names we know they have looked at and have been interested in is Ruben Neves of Wolves.

“There is a long-standing interest from the Old Trafford club. His stylistic profile, incredible passing range, a threat in terms of goalscoring and he controls the tempo really well – all the things you want in an anchor in a progressive side.” 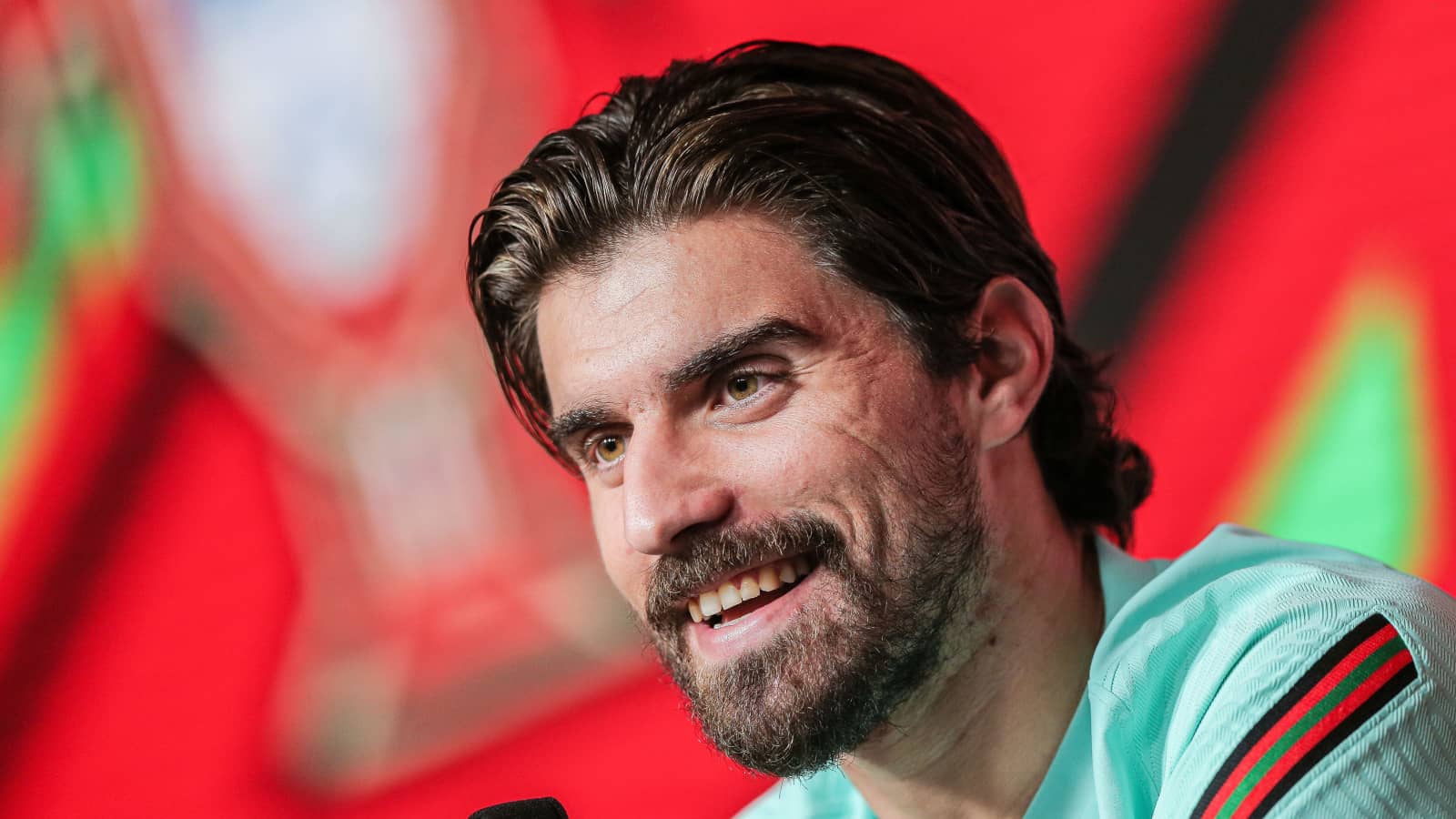 She added: “We know Wolves value him upwards of £60m. They wouldn’t want to lose him necessarily, but United have to start considering the fact that the longer the De Jong saga drags on with no resolution between him and Barcelona, ​​what else can be done?”

As such, United will now reportedly switch their attention to Neves with an approach to Wolves in the offing.

One man who knows the player well is former Wolves striker Chris Iwelumo. He now co-commentates on Wolves matches and knows exactly what the midfielder can do. And he reckons he has all the assets required to succeed at Old Trafford.

Star ticks all the boxes for Erik ten Hag

The Scot told Sky Sports News: “With where my loyalties lie I don’t want to say a great fit. But I do think he would be absolutely outstanding. He does everything well.

“He’s come back and is improving, he’s got up to speed with the physicality, he’s box-to-box. The goals that you see him score, his in-game intelligence as well as managing games… He uses the ball well, he ticks all the boxes.

“Hey [scores great goals] time and time again and not only that, he reads the game well, he can tackle. Given the time and a club like United, if that chance presents itself, I don’t think it would be one that he could turn down. He’d be an excellent fit for United.”

It’s hard not to disagree with Iwelumo’s assessment. Neves has proven one of the Premier League’s outstanding midfielders during his time at Molineux.

In 151 Premier League appearances for Wolves, he has 15 goals and eight assists. A fine passer of the ball, he also rarely misses a game for the Black and Gold.

If the price is right – and we’re thinking £55m represents a fair price – he may prove the perfect answer to Ten Hag.

Cristiano Ronaldo, meanwhile, has been told why Ten Hag and the United squad will secretly be hoping he leaves this summer.