Sunday’s Premier League encounter with Chelsea was postponed earlier this week, but Liverpool will face the Blues when the two teams meet in their women’s season opener.

After their promotion back to the top flight, Matt Beard’s side were due to play their first game back in the Women’s Super League since 2020 last Sunday.

However, their scheduled opener against Reading was postponed, as football came to a standstill following the death of the Queen.

It was a disappointing blow for both sides, who had been set to play at the Madejski Stadium, where the men’s first-team play.

It remains to be seen whether those games will still be able to take place at the original venues when new dates are found.

Instead, the Reds will open their campaign against last season’s champions Chelsea at Prenton Park, with kickoff now set for 5pm BST, having originally been scheduled for 6.45pm.

A tough start for Liverpool, then, but it’ll be good to get the season underway at last, ahead of what promises to be an intriguing campaign.

Why has Chelsea’s kickoff time been changed? 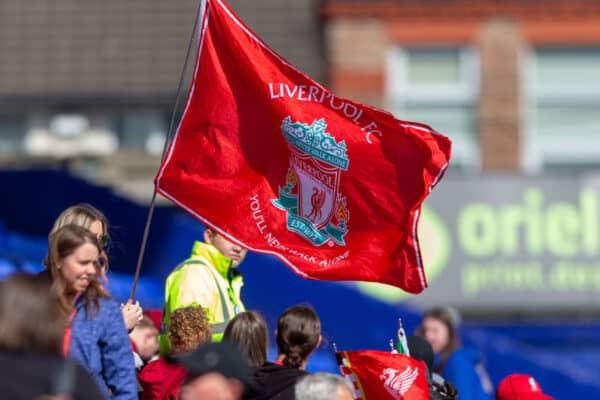 On Monday, Liverpool confirmed that, unlike the men’s fixture, the women’s clash with Chelsea would still be going ahead at Prenton Park on Sunday.

There has, however, been a change in kickoff time, with the match brought forward to 5pm from the previous time of 6.45pm.

The change has been made to allow supporters and staff to be away from the stadium in time to observe the national moment of reflection in memory of the Queen at 8pm on Sunday, which will involve a minute’s silence.

The next fixture for Beard’s side will see Anfield host the Merseyside derby, with the club hoping to eclipse the attendance of 23,500 from the last time the two sides met at the stadium in 2019.

Back in the big time 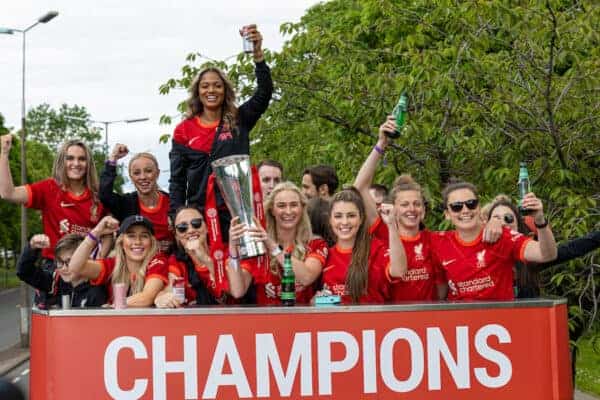 Liverpool are back in the Women’s Super League after a two-year absence, having won the Championship by an 11-point margin last season.

This season will bring about a completely different challenge, as Beard’s side becomes the hunters rather than the hunted, but there is plenty of optimism, and for good reason.

Goalkeeper Eartha Cummings, defenders Gilly Flaherty and Emma Koivisto and winger Shanice van de Sanden have all been added to the team over the summer. Top targets that add experience and know-how.

After the Lionesses success at the Women’s Euros this summer, there is a groundswell of support for women’s football, and Liverpool will be hoping to benefit from this as they return to the top division.

“Come on [watch]because the product is fantastic on the pitch, the players will run through a brick wall for the badge,” he told This Is Anfield last month.

Can they be competitive in the top division? 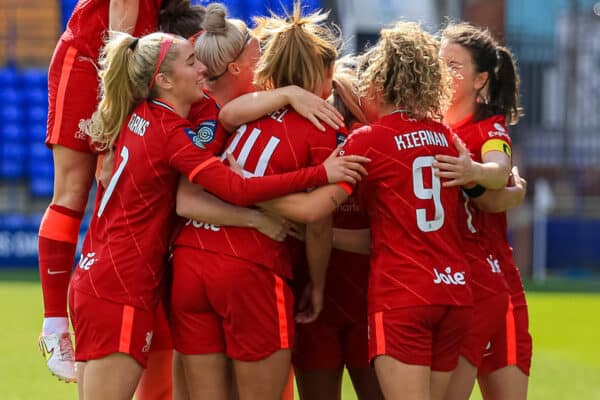 As a newly promoted side, Beard is keeping it simple as he looks to be competitive against the other 11 teams.

“We want to be as competitive as we can, the transition from the Championship to the Super League is a big jump, and I think we learned from Leicester and Aston Villa’s [promotion] experience over the last two seasons,” Beard explained.

“I think we all need to be realistic enough to know that we might not have as much of the ball as we had last year, but I think we have a team that can compete with anyone and, on our day, we can beat anyone .”

There is plenty of excitement about what is possible and the women’s Euros have only magnified that feeling, with Liverpool there with welcoming arms for any and all fans to come and watch.

With the Reds back in the WSL and the women’s Merseyside derby on the horizon, there is no better time to get on board and follow this talented and spirited group of players.

* Tickets for next weekend’s women’s Merseyside derby at Anfield are available from the official club site here.