Jurgen Klopp did not mince his words in the aftermath of Liverpool’s humiliating 4-1 defeat against Napoli last week.

He admitted that his side needed to ‘reinvent’ themselves after being run ragged by their Serie A opponents, and later admitted that it was the ‘worst performance’ he’d seen from his side during his seven-year reign at Anfield.

The Reds returned to action against Ajax on Tuesday with Klopp expecting a response from his players. He got it. 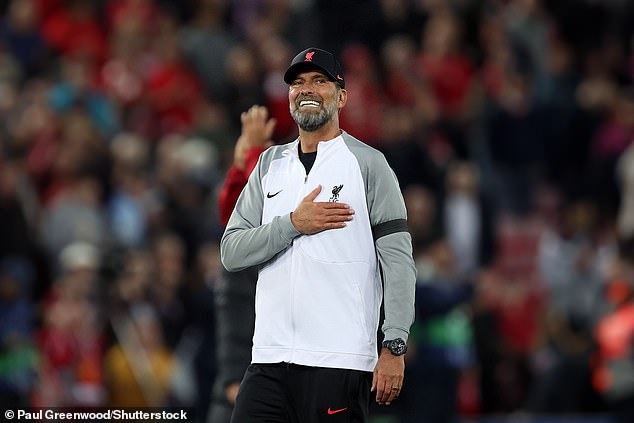 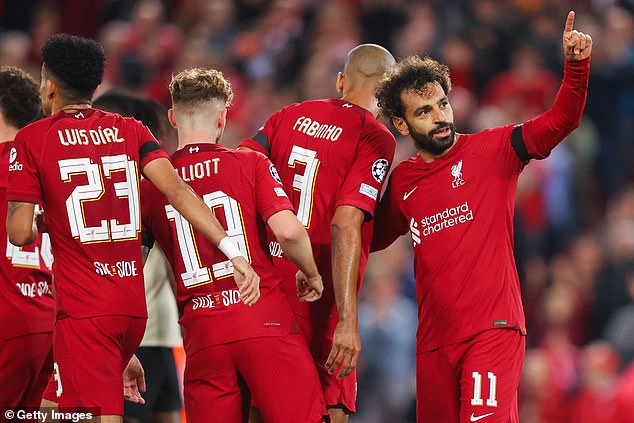 Liverpool ran out 2-1 winners to get back on track in their Champions League group, with Joel Matip’s late goal sealing all three points.

The result was important – another defeat would have left Klopp’s men facing elimination before the knockout stages – but perhaps even more encouraging for Liverpool fans was the performance that the team put in across 90 minutes.

Klopp went back to basics as he relied on key players returning from injury to step up, and they delivered.

Sportsmail analyzes how Liverpool got the better of the Dutch champions, and what Tuesday’s display may tell us about how the Reds could look to progress moving forward.

Injuries have been a major issue for Liverpool this season, and losing Thiago Alcantara for a month was a serious blow.

He returned to show a glimpse of his talent in the second half of the horror show in Naples, and Klopp decided to throw him in from the start against Ajax. He made a huge difference.

Klopp has had to turn to the aging James Milner and the inexperienced Fabio Carvalho to hold his midfield together lately, and it has not worked out well. 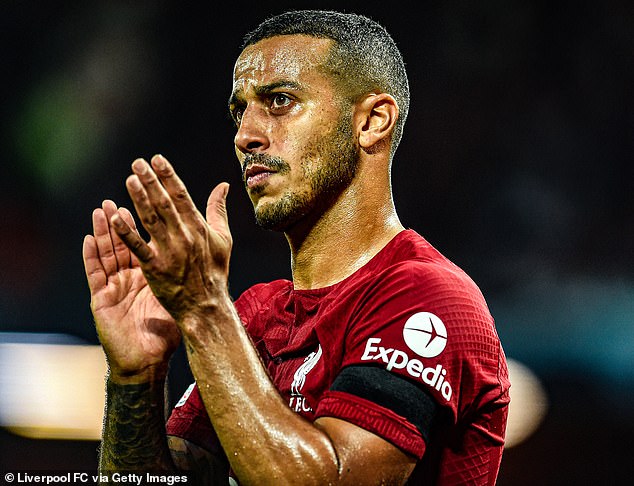 With Thiago back in the starting line-up, Liverpool looked far more like the side that came within two games of winning the quadruple last season.

According to Opta, the Spanish midfielder made more successful passes (32) in the opposition half than any of his teammates, while he also ranked in the top two for overall passes (62) and passing accuracy (89%).

Liverpool have been unable to get on top in the midfield battle without Thiago, but he dictated the tempo at Anfield and ensured that the home side remained on the front foot throughout.

Keeping him fit is imperative for Liverpool as they look to rediscover their best form.

Matip proves his worth again

When everyone is fit, Liverpool have an embarrassment of riches at center back. But there is a reason that Klopp keeps going back to Joel Matip.

Ibrahima Konate had an impressive first season at the club last year, and Joe Gomez played a significant role in Liverpool’s title-winning campaign in 2019-20.

However, injuries have hampered Gomez’s progress, and after his dismal performance against Napoli, Matip was always going to be called upon to shore up Liverpool’s shaky back line against Ajax. 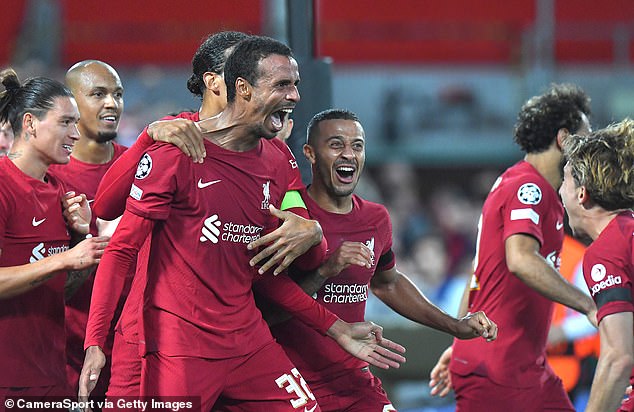 Indeed, their only goal was a thumping finish from Mohammed Kudus as it went in off the underside of the crossbar.

In Naples, Liverpool’s high line was exposed time and again, but that was not the case six days later, and Matip deserves credit for his role in their turnaround.

He even popped up at the other end to score the winner as his header had just enough on it to cross the line before it was cleared away. So often overshadowed by Virgil van Dijk, this was Matip’s time to shine.

Konate and Gomez are younger and may be the future of Liverpool’s defense, but Matip has rarely let the side down, and he proved his importance once again on Tuesday.

Jota returns to provide a focal point in attack

Diogo Jota was in the form of his life in the first half of last season, but his goal output did dry up in the second half of the campaign.

He would have wanted to hit the ground running this term, but a hamstring injury ruled him out of the opening weeks of the season.

With Darwin Nunez and Roberto Firmino struggling to step up in his absence, Jota was handed his first start of the season on Tuesday, and he offered a reminder of what he can add to Liverpool’s front line.

While Firmino can drop too deep at times, and Nunez has appeared to be on a different wavelength to some of his teammates, Jota occupied Ajax’s defense and looked a threat from the outside.

It was noticeable how his clever movement got the best out of those around him, especially Mohamed Salah, and the two linked up well for the opening goal. 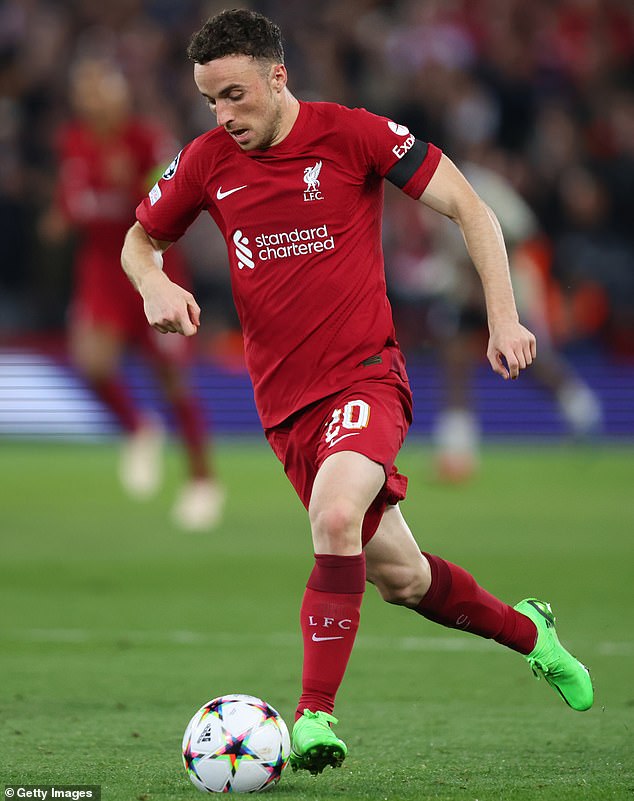 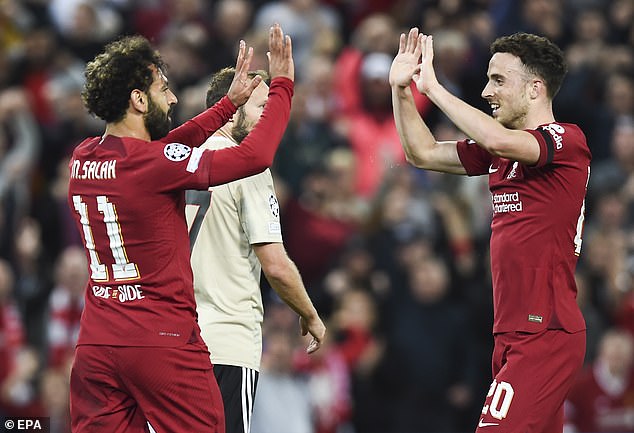 Salah has been isolated on the wing in recent weeks, with Nunez taking up the positions that he would normally find himself in, but he was back making his trademark out-to-in run after Jota picked up Luis Diaz’s flick-on, and the Portuguese forward found him.

From there, it was never in doubt that Salah would find the target and put Liverpool in front.

Jota seemed to grow in confidence after that assist, and could have got on the scoresheet himself, but he dragged his first half effort just wide.

As a forward, he will want to get back among the goals soon, but his all-round game certainly gave Liverpool a different dimension, and he showed no signs of rustiness after his injury lay-off.

What next for Nunez?

With Jota sidelined at the start of the season, Nunez had the chance to make the lone striker role his own. When he scored on his debut against Fulham, it looked like he would do just that.

However, he was then sent off the following week against Crystal Palace for head-butting Joachim Andersen, which resulted in a three-match ban.

He has since returned to the fold, but is yet to add to his goal tally, and it seems that Klopp is not completely convinced by him at the moment.

It was telling that he was overlooked for the Napoli game as Firmino got the nod instead, and as soon as Jota was fit again he also jumped ahead of him in the pecking order. 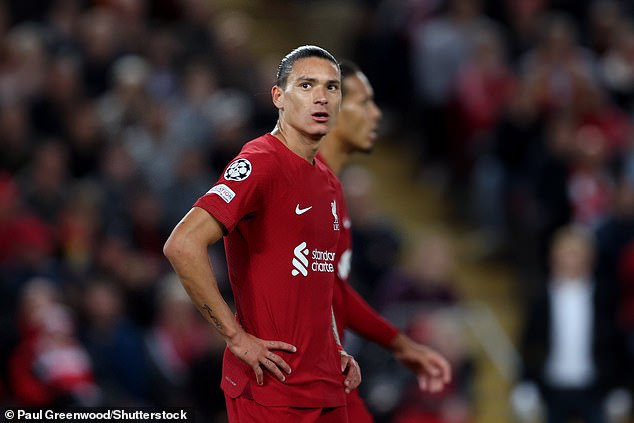 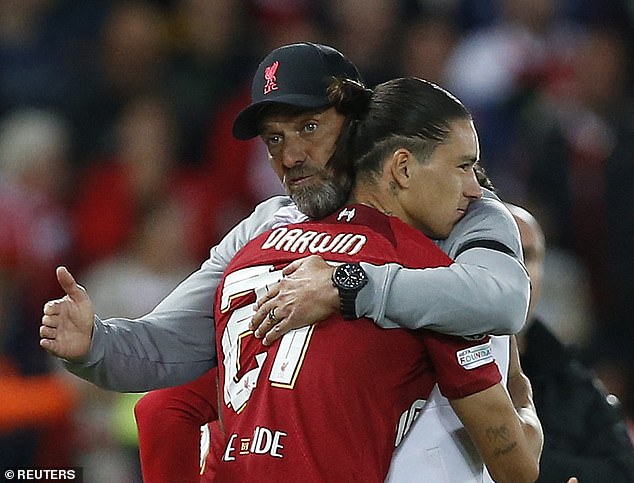 Jota looked lively and in tune with Salah and Diaz, which hasn’t always been the case with Nunez.

Nunez did come on in the final stages of the game against Ajax, and he was presented with a golden opportunity when the ball dropped to him in the box.

His finish summed up his Liverpool career so far, although he scuffed his shot wide of the target.

Liverpool’s intense schedule after the international break should mean that Nunez gets more chances to play and settle in at Anfield.

But with Jota available again, he has his work cut out to force his way into the team on a regular basis, and it is already looking difficult for Liverpool to justify his hefty £85m price-tag.