Contract renewals are nowhere near as exciting as shiny new signings, but some of these guys must be the priority for their clubs this summer…

Thanks to spotrac for most of the payroll data. Salaries are given per week, with the mean salary of the top XI earners at each club provided for context.

Saka’s current deal expires at the end of 2024, but Arsenal have reportedly offered him an extension worth £ 125,000 a week, which would make him the club’s third-highest earner behind Thomas Partey (£ 200k) and Nicolas Pepe (£ 140k), though the latter is likely to be shipped out. The 20-year-old wants to stay at Arsenal but also wants to play Champions League football, which has reportedly led to a release clause sticking point.

Arsenal are understandably reluctant to include one which would allow Liverpool, Manchester City or whomever to steal him away (and they surely would if given the chance), but Saka wants to avoid being stuck should Mikel Arteta’s process not reap the requisite rewards in the not-too-distant future.

Smith Rowe only signed his new contract in October, but his comments at the time suggest Arsenal could have offered him a 50 quid club shop voucher in lieu of a salary and he would have taken it. “If Arsenal want me for the rest of my career, then I am going to stay here forever,” the born-and-bred Gunner said having been handed the No.10 shirt.

Perhaps not the best place to be negotiating from, but lovely all the same. Reports suggest he could have earned nearly twice as much had he agreed to join Aston Villa last summer. 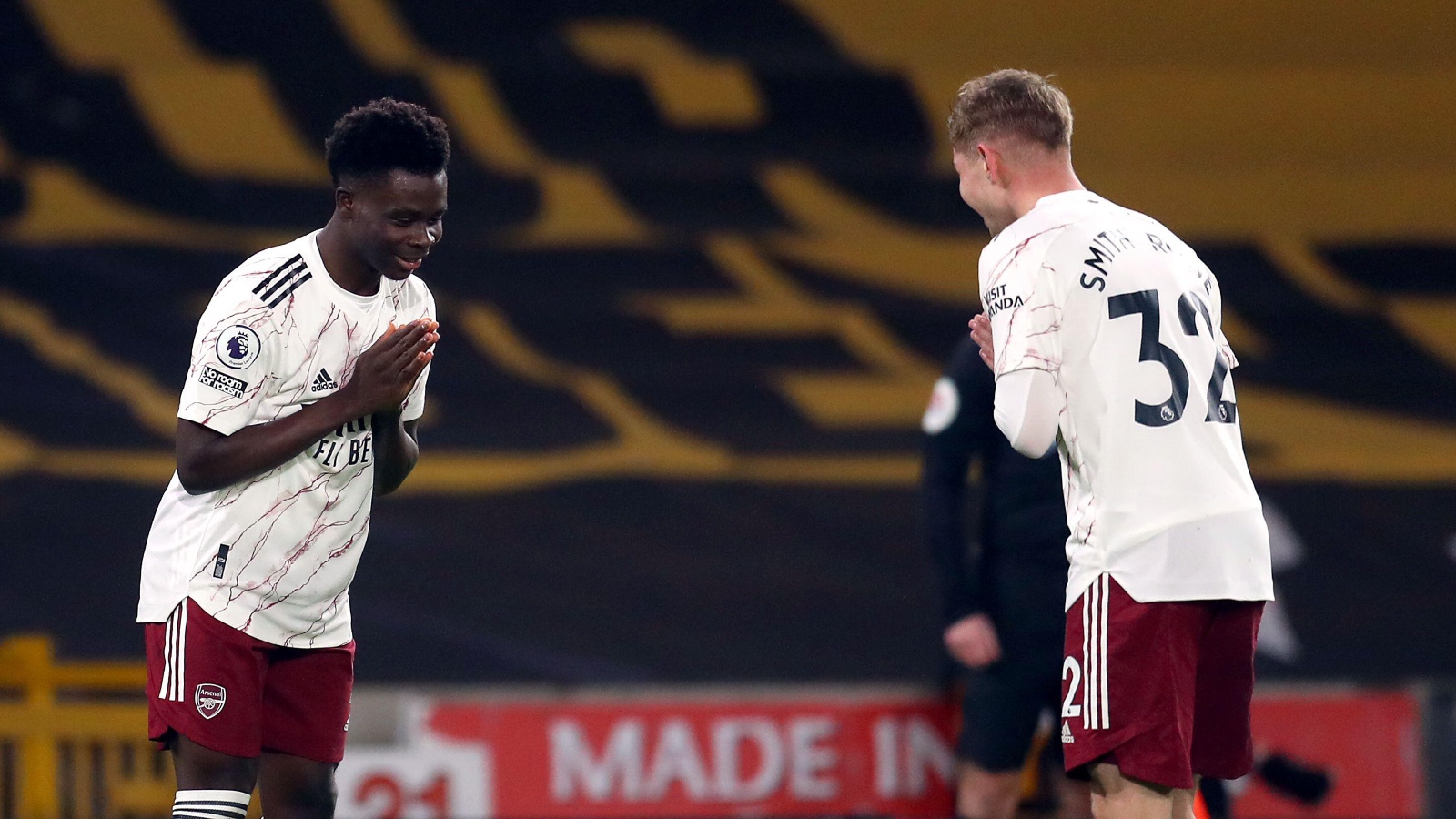 Even before you compare him with Chelsea’s back-up, Mendy’s wage packet looks a tad light. A hero for Chelsea in their Champions League-winning campaign just over a year ago and a hero for Senegal as his penalty shoot-out stop earned them Africa Cup of Nations glory this year, Mendy is the tenth highest earner among Premier League goalkeepers, taking home half that of Manchester United’s second choice.

But it is the comparison with Kepa Arrizabalaga that makes this all a bit farcical. The Spaniard earns a whopping £ 155,000 a week watching a clearly superior goalkeeper from the stands. Mendy recently said he’s got “all I ever dreamed of”, but that does not mean he should not have more.

The England international signed a new deal in Frank Lampard’s time at the club and has become one of the most integral members of the Chelsea squad in the two-and-a-half years since. 17 players earn more than James at Stamford Bridge, with Malang Sarr (yes, him) on over double his salary. Despite having three years left to run on his current deal, renewal has to be a priority for Chelsea, with The Athletic claiming his relatively small income is a ‘reality not lost on him or a number of rival clubs’.

It’s at this point that it would be fair to question how Chelsea have the second highest wage bill in the Premier League behind Manchester United if three of their best players, arguably the best three, are taking home just over £ 10m combined per year. Where’s the other £ 152m going? A fifth of it goes straight in the pockets of Romelu Lukaku and Timo Werner. Do not worry, we all feel sick.

It’s not that Mount is criminally underpaid (though he deserves more); it’s that others are making way too much considering their performances for the club.

Tottenham reportedly offered him far more, but Liverpool lowballed and got their man, as they always seem to nowadays. They may well need to offer him improved terms if he continues to be quite so brilliant, but there’s no great rush with five years left to run on the deal he signed in January.

The club has shown its negotiation grit in talks with Sadio Mane and Mohamed Salah and the current ethos at Liverpool seems to be one where the money is secondary to the pleasure of being able to play in such a brilliant team under such a brilliant manager. If you ask for too much, you’re no longer welcome.