The setting was a largely deserted Anfield last September.

The dust had settled on a live Champions League night at Anfield and AC Milan technical director Paolo Maldini was stood by the mouth of the tunnel, deep in conversation with the Italian club’s head coach Stefano Pioli and Liverpool manager Jurgen Klopp.

As they continued to reflect on a pulsating contest, Maldini broke away from the chat when he spotted Jordan Henderson walking nearby with the man of the match award. The Milan icon wanted to pass on his warm congratulations to the long-serving Liverpool captain. It was a classy gesture that meant a great deal.

Henderson’s first Champions League goal for seven years – an emphatic finish from the edge of the penalty area – had secured victory for Liverpool, who fought back from 2-1 down at the break to win their opening group game 3-2, the first steps on a road that would eventually lead to Paris tonight had been taken. 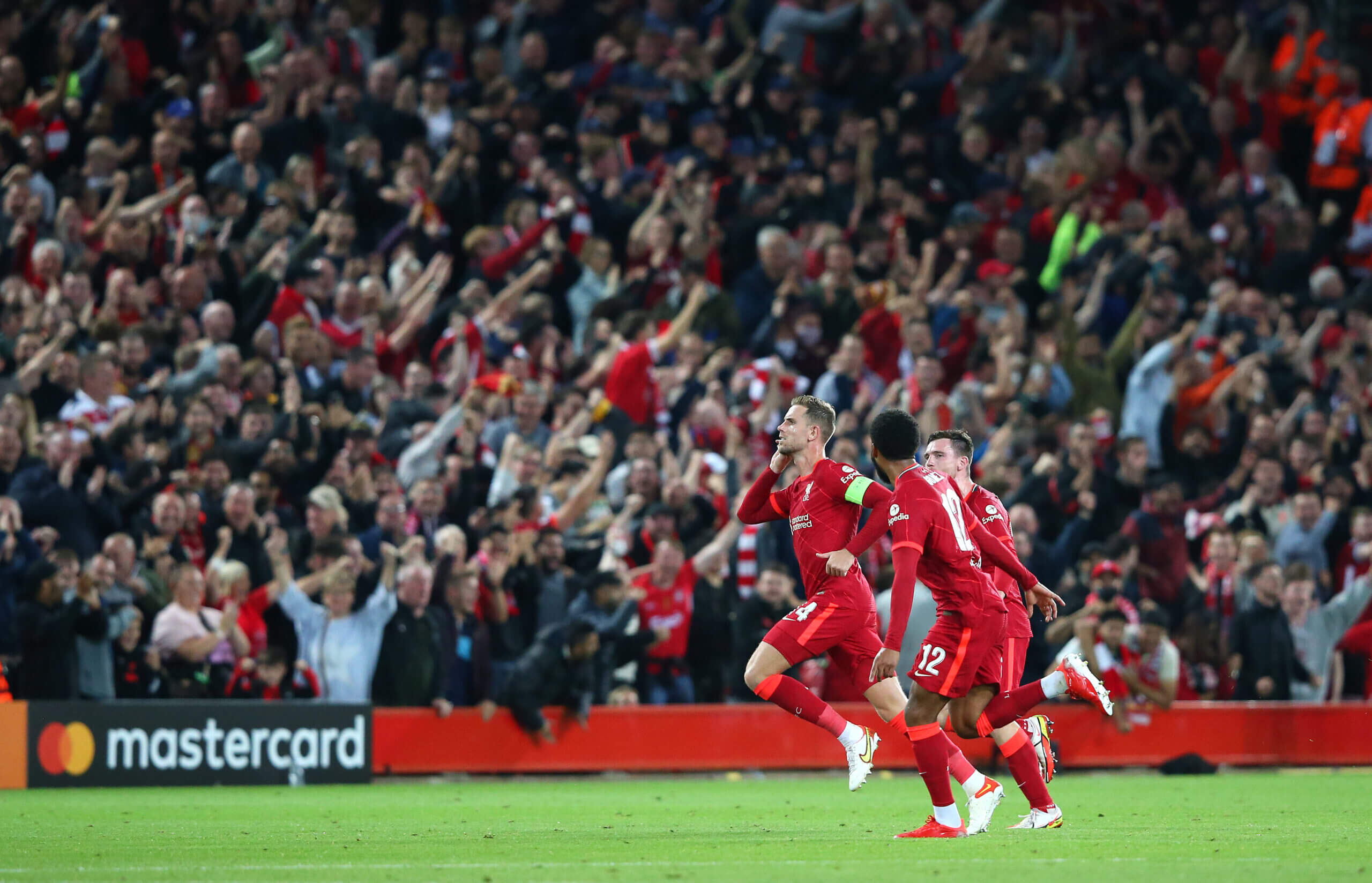 Fast-forward eight months, and the 31-year-old will become the first Englishman to captain a team in three European Cup finals when he walks out at the Stade de France.

If Liverpool beat Real Madrid, Emlyn Hughes will no longer be the only Liverpool captain in history to have lifted the famous trophy twice. Henderson’s place among the pantheon of Anfield legends would be elevated still further.

That win over Milan was a rarity in so much as Henderson was center stage as the hero. For the most part, Klopp’s humble, selfless on-pitch leader has been exactly where he prefers to be over the course of this remarkable season – his best work going under the radar as his team-mates grasp the headlines.

There have been other significant contributions from him along the way. Not least the opener in December’s 4-1 thrashing of Everton at Goodison. His tally of six assists for Liverpool in all competitions in 2021-22 is only bettered by Trent Alexander-Arnold (18), Mohamed Salah (15) and Andy Robertson (14).

However, what’s most striking is the sheer amount of football he’s played this season and, as a result, the influence he’s been able to exert. He has made 56 appearances for Liverpool this season – more than in any of his other 11 years at Anfield.

Last season, he played exactly half that number of matches as February groin surgery forced him to sit out the final three months for Liverpool and limited his involvement for England at the European Championship to five appearances off the bench.

Klopp had used him as a makeshift center-back in nine of those 28 games during a defensive injury crisis.

Many predicted his days as a regular starter in midfield were numbered and there was a period last summer when it felt like the club’s hierarchy shared that view. Having entered the final two years of his contract, Henderson was keen to sort an extension but initial discussions did not prove fruitful. Paris Saint-Germain and Atletico Madrid were among those watching developments closely.

For Henderson it was never about money, it was about feeling wanted. He did not want to be kept around by the owners to give rah-rah team-talks and help new faces settle in during a period of managed decline as a player. He did not fancy a bit-part role. Given how he leads his life and looks after his body, he was adamant he could be integral in the pursuit of glory into his mid-30s and hoped to hear that the top brass felt the same.

“We will sort it. No doubt about that, ”vowed Klopp. And the manager ensured that was the case. By the middle of last August, it was all agreed. Henderson put pen to paper, committing to the club until the summer of 2025, when he’ll turn 35. 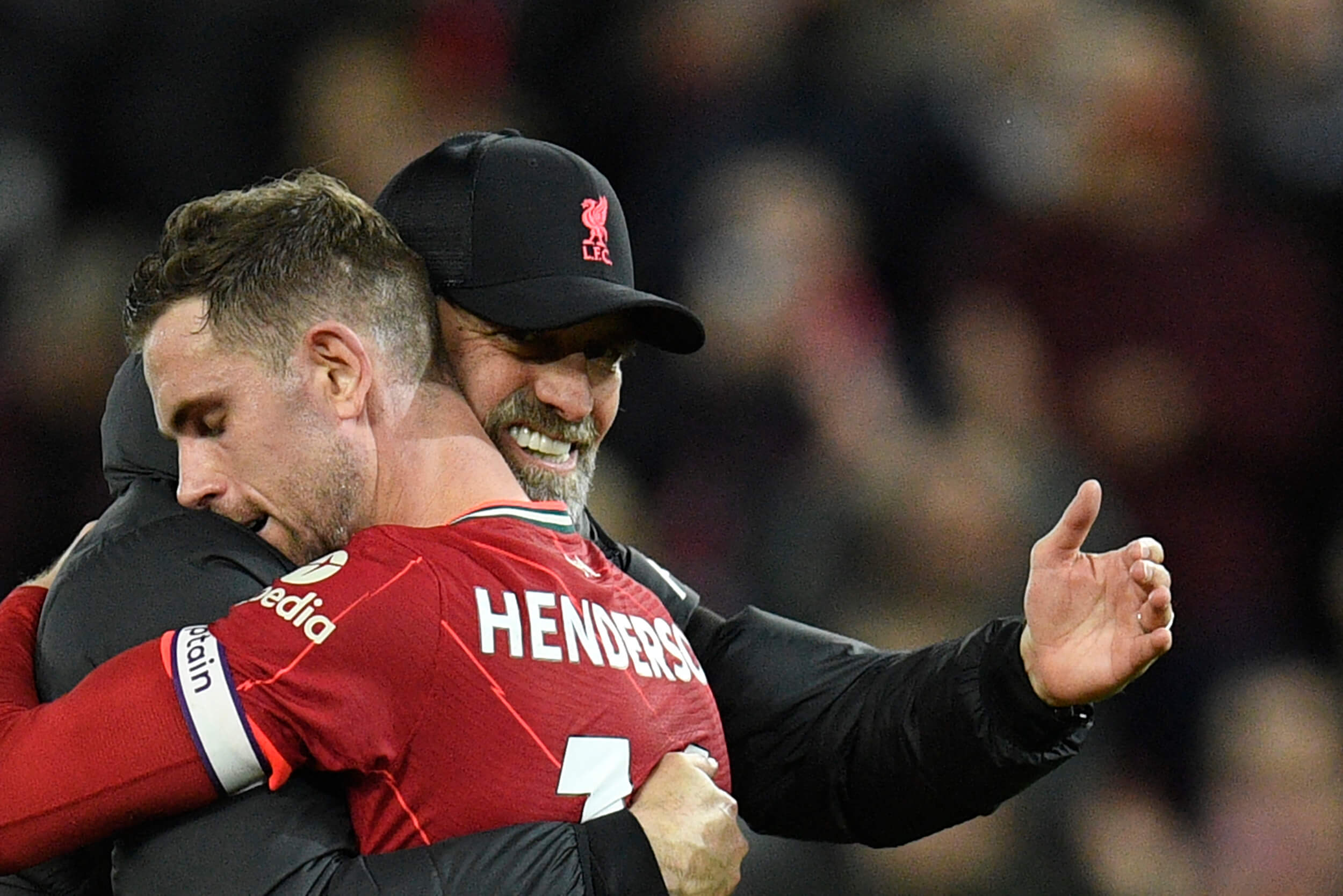 There’s been proof aplenty since that it was a smart piece of business. Henderson has enjoyed a new lease of life.

Klopp’s rotation policy has led to 42 starts for him and 14 outings as a substitute. At times, Henderson has been used off the bench to bring some calm and control, not least away to Inter Milan and Benfica in the first legs of the Champions League knockout ties.

Of the six games across all competitions that he hasn’t featured in, Henderson was rested for domestic cup ties against Preston of the Championship and third-tier Shrewsbury, and the Champions League dead rubber away to AC Milan when Liverpool had already won the group . He was not considered for the season-opening win over Norwich following his late start to pre-season as the Euros ended barely a month earlier, and he was ill when Liverpool played Tottenham just before Christmas.

The only game he’s missed due to injury was Leicester at home in early February, when he was nursing a back problem.

“If you asked the gaffer, he would say I’ve definitely benefited from the rotation. Me, probably not! ” laughed Henderson when speaking to The Athletic at Liverpool’s Kirkby this week.

“A lot of players have been managed really well this season and we’ve used the depth of the squad. The first half of the season I played a lot of games back to back and I felt really good.

“Recovery is something I’ve taken really seriously this year. I’ve done a few different things and it helped as, physically, I’ve felt really good. It’s been a positive year for me, especially after the end of last season when I picked up that injury.

“When you turn 30, people start saying you’re getting a bit too old now, so it’s nice to prove them wrong and show I can still play a lot of games.”

Henderson has certainly done that.

His recovery rituals during such a punishing fixture schedule have involved 2am sessions in the swimming pool at Kirkby following some midweek matches. It’s about maximizing the window of recuperation rather than waiting until the following day. It has also helped him sleep better when he does finally get home. 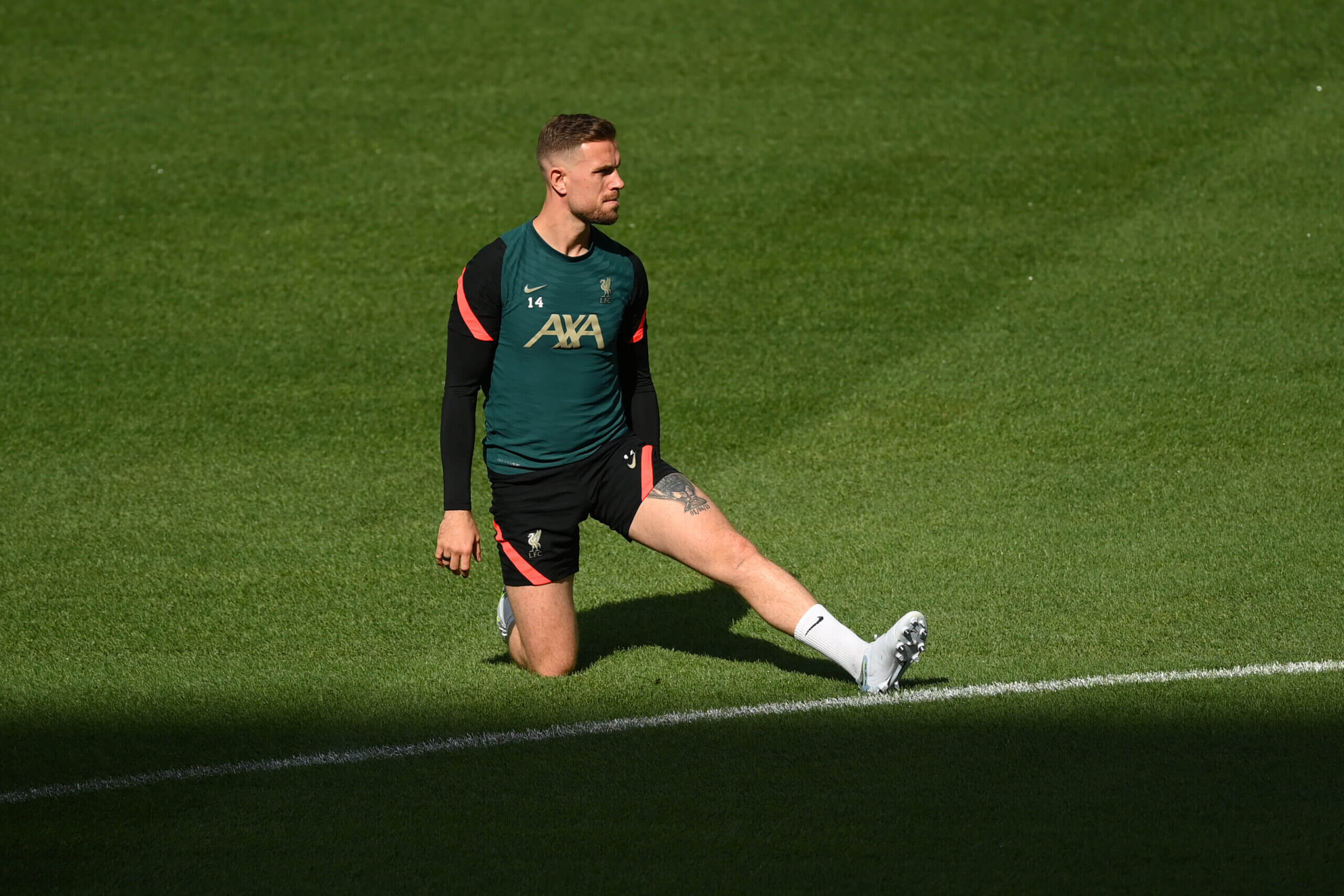 Nobody embodies the sacrifices that have been made on the epic journey Liverpool have made this season more than Henderson. He’s a professional model who leads by example on a daily basis and his mentality rubs off on those around him.

This season has seen him go past Alan Hansen and Sami Hyypia in the list of players who have captained the club on the most occasions. Tonight will, we can safely assume, be his 239th game with the armband and he’s sixth on Liverpool’s all-time list.

Yet with so much focus on his human qualities, it often gets overlooked that Henderson is also still an elite midfielder. He’s been key to the tactical evolution of this team this season with his link-up with Salah and Alexander-Arnold on the right, which has been designed to get the England right-back operating more centrally when he attacks. Henderson uses the ball intelligently and he is alert to cover pockets of space.

Klopp once described Henderson as having the hardest job in world football having to follow in the footsteps of Steven Gerrard.

He has long since emerged from that shadow.

Liverpool have an array of potential match-winners, but Henderson remains the beating heart of this special team.