Liverpool would not be taking on Real Madrid in Paris for a shot at a seventh European Cup on Saturday night were it not for Alisson, whose injury-time winner at West Brom 12 months ago propelled the club into this season’s competition.

When Liverpool’s Dutch goalkeeping coach John Achterberg signaled for Alisson to come up for a 95th-minute corner at the Hawthorns in May last year, the visitors – sitting fifth in the table – were being held 1-1 by the already-relegated Baggies with their top-four hopes hanging by a thread.

Seconds later, though, and the 6ft 3in goalkeeper had somehow managed to sneak unnoticed into the penalty box to meet Trent Alexander-Arnold’s inswinging corner with a perfect near-post header to hand Liverpool an unlikely, yet vital, win that maintained their push for Champions League qualification.

It was the first time in Liverpool’s illustrious history, dating back to 1892, that a ‘keeper had scored a competitive goal for them and it was a rare moment of joy in what had been an otherwise difficult campaign for him both on and off the pitch .

The Brazilian’s father, Jose Agostinho Becker, who was also a goalkeeper, had drowned at a dam near his holiday home in Lavras do Sul in Brazil three months earlier, with Alison paying an emotional tribute to the 57-year-old after the game.

“I hope he was here to see it, I’m sure he is celebrating with God at his side,” said Alisson, who was unable to attend the funeral due to coronavirus restrictions. 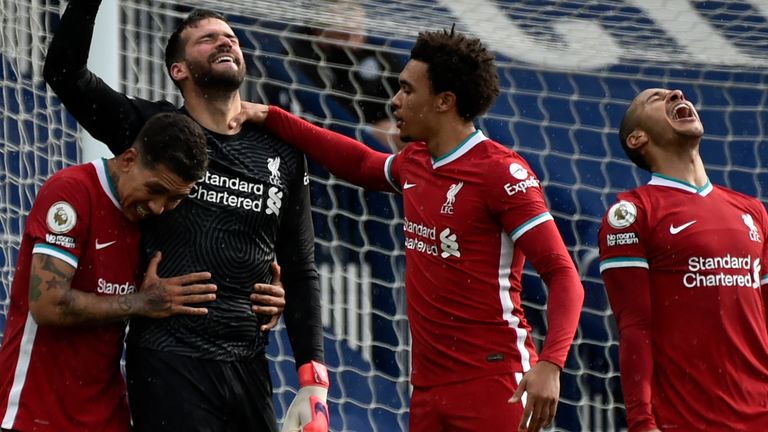 On the pitch, Alisson had made some uncharacteristic mistakes with the ball at his feet, especially in Liverpool’s 4-1 drubbing by champions Manchester City at Anfield during a painful run of six straight home defeats between January and March that threatened to derail their Champions League challenge.

Twelve months on, however, and the Reds ‘historic Quadruple bid would not have lasted longer than any previous English clubs’ attempt were it not for the 29-year-old this campaign.

Alisson kept 20 clean sheets in the Premier League, sharing this season’s Golden Glove award with his compatriot from City, Ederson. Though he featured in only one League Cup clash – allowing understudy Caoimhin Kelleher to star in the final against Chelsea – he has played key roles in Liverpool’s runs to both the FA Cup and Champions League finals.

In each department he is either good or the top

It was Alisson’s two saves in the penalty shootout win over Chelsea earlier this month, as well as his all-round display at Wembley, that brought the club a first FA Cup triumph since 2006.

“I thought he was outstanding. Awesome,” Achterberg said after the victory.

“There were a lot of man-of-the-match performances, but he was one of them. He made vital saves and then there was the way he was coming for the crosses.

“And then making the save from the penalty to carry us through. Unbelievable performance.”

If Liverpool are to triumph in the French capital this weekend, then you feel their ‘keeper will once again have to be at his imperious best against Real, unlike when the two clubs met in the final four years ago.

On that occasion in Kyiv, of course, it was Loris Karius’s two high-profile errors that cost the club a sixth European Cup and ultimately led to Alisson’s arrival on Merseyside.

Liverpool’s transfer committee, headed by sporting director Michael Edwards, are renowned for their extensive research before deciding whether to move for a player. They look not just into the player’s technical abilities, but also their off-field behavior.

FREE TO WATCH: Highlights of Liverpool against Wolves

It was as long ago as 2013 that Achterberg was first made aware of Alisson by the Reds ‘former Brazil’ keeper Doni when he played for Internacional in Porto Alegre.

Achterberg and his coaching team continued to closely monitor Alisson when he joined Roma in July 2016 and having carefully studied 20 of his games in Serie A in 2017-18, Jurgen Klopp made his move when Roma dropped their asking price from £ 90million to £ 60m .

It was a decision, along with the purchase of Virgil van Dijk last January, that changed the club’s fortunes.

Were it not for Alisson, Liverpool would not have been crowned European champions for a sixth time in 2019, with the goalkeeper not only making a brilliant last-minute stop to thwart Napoli striker Arkadiusz Milik and ensure they qualified from a tough group, but also pulling off several crucial saves on his way to a shutout in the final against Tottenham.

However, it is not just Alisson’s expertise in one-on-ones that elevates him above other ‘keepers, although he is statistically the best in this regard as was demonstrated on numerous occasions this season and once again last Sunday when Wolves striker Hwang Hee- chan burst through on goal, only to be denied by the Reds No 1. 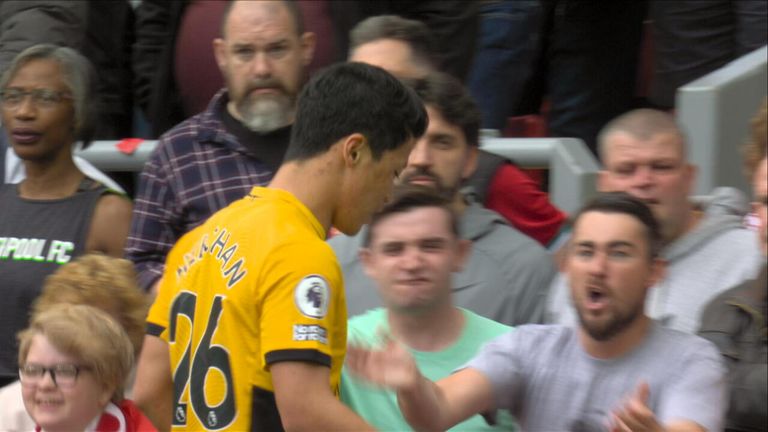 Alisson denied Hwang in a one-on-one situation on Sunday 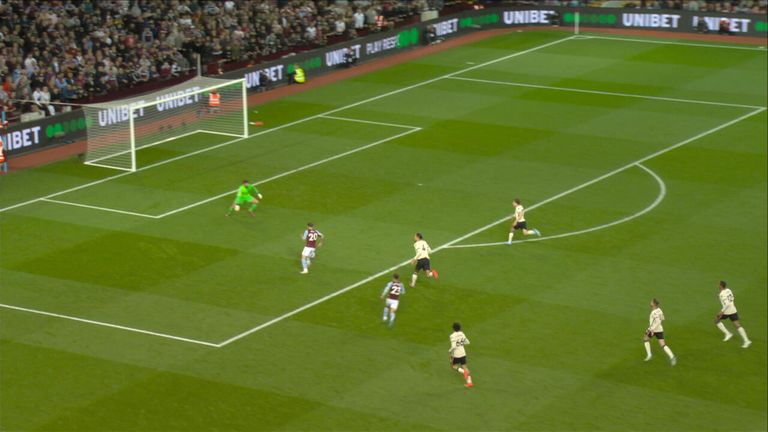 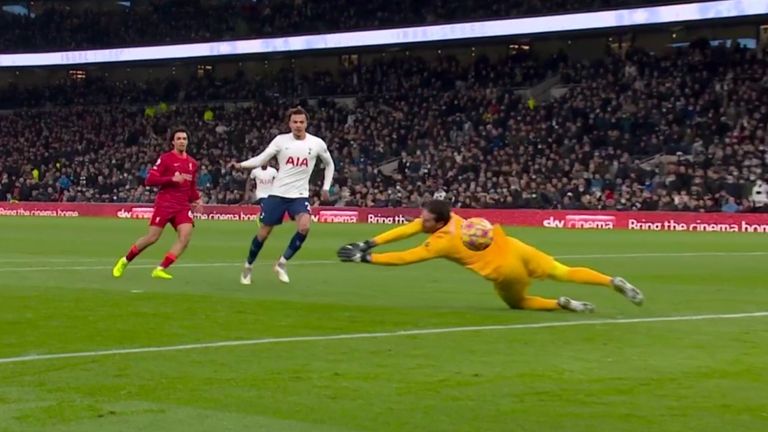 But it is also his reading of games that is so key, especially when coming for crosses and through balls, as well as some outrageous pieces of distribution that would shame many top-flight outfield players as he and Ederson continue to set new standards in this now vital part of being a modern goalkeeper.

“He is really calm and clear in his mind,” Achterberg said. “Nothing fazes him. He is an unbelievable human being.

“He is a big presence. The main thing is he is always calm and he can change his speed in a split second. He has such great reactions, but it is all about his decision making.

“He is an amazing all-round package in every department. In each department, he is either good or the top.”

Off the field, Alisson is also an influential voice in the dressing room having been promoted to one of the club’s’ Six Captains’ this season, while he is understood to have played an integral role in adding experienced one-time Brazil international ‘keeper Claudio Taffarel to Achterberg’s multinational coaching team alongside Englishman Jack Robinson.

Another area where Alisson shines, as he showed in the club’s recent FA Cup final win over Chelsea, is when it comes to penalties.

If Saturday’s final goes all the way to a dreaded shootout, then Liverpool will feel confident they have the right man to get them over the line and bring home a seventh European crown.