The ultra-globalization of the Premier League has steadily been diluting the presence of Irish players in the division for a number of years now and, with Brexit laws resulting in a lot of young Irish talents being picked up by clubs on the continent, that trend may even escalate.

On Wednesday, Stephen Kenny names his Republic of Ireland squad for the June Nations League games against Armenia, Ukraine and Scotland, with a few of his Premier League performers unavailable due to injury.

This year some new kids on the block dipped their toes into Premier League waters for the first time while other old dogs for the hard road endured topsy-turvy campaigns.

Here’s how they fared.

It was a miserable end to the campaign for 21-year-old center-half Collins. He was guilty of an ill-judged handball that gifted Newcastle a penalty during their 2-1 win at Turf Moor, a result that sealed relegation for the Clarets. However the Irish defender has been one of the few bright spots in a dour Burnley season. Having arrived from Stoke last summer, Collins has continued to mature into a player of real caliber. He really settled into the side from the spring time onwards, chipping in with a couple of goals and turning into some big performances. Collins belongs in the top flight. 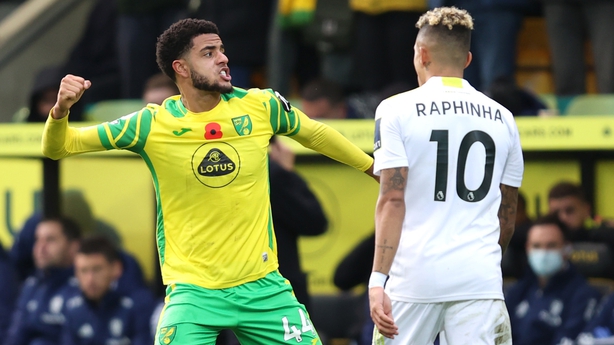 Omobamidele made his Premier League debut against Arsenal last September, the same month he excelled for Ireland away to Portugal in a World Cup qualifier. It was a shame that his season was derailed by a back injury that sidelined him from December. The Canaries went down but Omobamidele will surely be a big part of manager Dean Smith’s efforts to get them back up from the Championship next season.

Clark’s last league appearance came against Leeds in January, suggesting he’s not exactly at the heart of Eddie Howe’s future plans for the nouveau riche Toon. Seven of Clark’s league starts this season came under ex-boss Steve Bruce, who is now in charge of West Brom. The Baggies are reportedly keen on signing Clark this summer.

There have not been many opportunities for the Ireland Under-21 midfielder, though this was always going to be a season of transition for him. Smallbone suffered an ACL injury against Leicester City in January 2021. He returned to action the following autumn after a lengthy period of rehab. 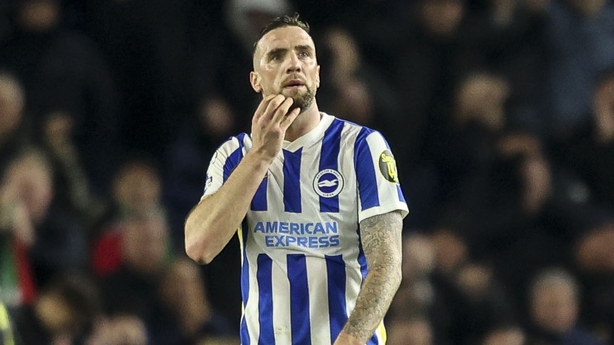 It’s been a decent campaign for the Derryman after a nightmare year at Celtic. The loan move to Parkhead just did not work out but Duffy rebuilt his reputation back at the Seagulls with a solid year, albeit his appearances in the side tailed off after Christmas. He’s out of contract in 2023 and could well move on again in the summer. Graham Potter will sit down with Duffy in the coming weeks to discuss his future.

Just three starts for Long this term and one league goal. Now 35, the striker is out of contract this summer. He’ll have suitors in the Championship for sure, but the Tipp man may well have played his last game in the Premier League.

“The best man I’ve ever met,” was Frank Lampard’s assessment of the Ireland captain after he’d helped Everton avoid the drop. This has been one of the most challenging seasons of Coleman’s career and he has not escaped criticism from the Toffees fans at various periods throughout the season. However, when the chips were down he stood up – as always – to help drag the team over the line and avoid what would have been a catastrophic relegation.

Still only 17, it feels like Ferguson has already been around for ages. He came off the bench during a 3-0 loss to Burnley in February for his debut Premier League campaign and has impressed all year with the Under-23s. His time is coming. 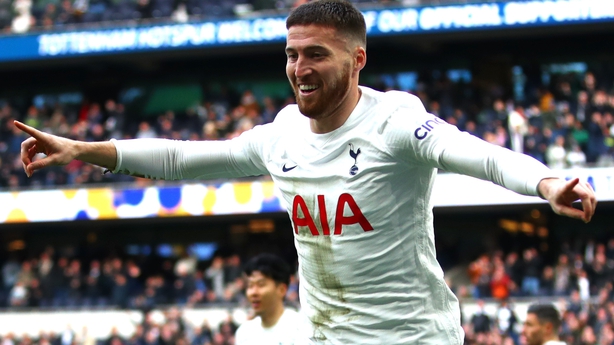 Doherty’s Spurs career looked doomed in January when Antonio Conte took the reins and wanted to make Wolves’ Adama Traoroe into a wing-back. Traore went to Barcelona, ​​giving Doherty a lifeline that he took emphatically. The Dubliner hit his best vein of form since joining Tottenham in 2020, only for a knee injury in April to prematurely end his campaign.

Injuries to Ben Mee and James Tarkowski opened the door for Long towards the end of the season and he did well alongside compatriot Nathan Collins as the Clarets desperately tried to stay up. Long has another year on his contract and may get more minutes. Then again, nothing is certain at the cash-strapped club right now.

Idah’s season was ended in February when he had to undergo knee surgery. He watched from the sidelines as Norwich limped towards relegation, but Dean Smith will have known survival was an almost impossible task when he took over from Daniel Farke. He’ll look to build a new Norwich for he Championship next season with Idah – and Omobamidele – likely to be key men.

Kelleher’s glory moments came in the Carabao and FA Cups but he did make a couple of league appearances when Alisson Becker was injured – including that rollicking 2-2 draw at Chelsea in January. How long will the Corkman stay on Merseyside as a No 2 though? If he’s to really push Gavin Bazunu for the Ireland No 1 spot, he needs regular first-team football. A big decision looms.

Connolly joined Championship club Middlesbrough on loan during the January transfer window in search of game time – and goals. It hasn’t worked out as well as all parties had hoped and he will return to the Seagulls at a crossroads. Having exploded on to the scene with a memorable brace against Tottenham in 2019, the Galway man progress has been curtailed by injuries and loss of form.

Like Clark, Hendrick looks like he’ll be left behind as Newcastle charge towards a new era. He went on loan to QPR in January but the Dubliner will not be heading to Loftus Road permanently. Anther summer switch looms.