By Jamie Phillips For Mailonline

A skin cancer charity is leading a furious backlash against Manchester City after the club banned supporters from bringing their own sunscreen into the stadium – despite temperatures reaching 32C.

Manchester City’s Premier League fixture against Bournemouth kicked off at 3pm yesterday when supporters were facing a searing heatwave – with those sitting close to the pitch exposed directly to the sun.

But fans were told they were not allowed to bring their own sunscreen inside the Etihad Stadium.

Instead, supporters were only allowed to bring a 500ml, clear, disposable water bottle that could be refilled at the ground.

He said: ‘Really? You won’t allow sunscreen into the stadium? What is the explanation?

‘You must be aware of the increase in skin cancers and the danger of UVA & UVB?

‘Not here to criticize, but this is very worrying. Happy to work with you in awareness. Many footballers have had melanoma.

‘Your supporter services team have got this wrong. You cannot expect a stadium full of fans (many of them children) not to have sunscreen with them.

‘Help protect them – link up with someone who can provide the sunscreen inside the stadium. This is so disappointing.’ 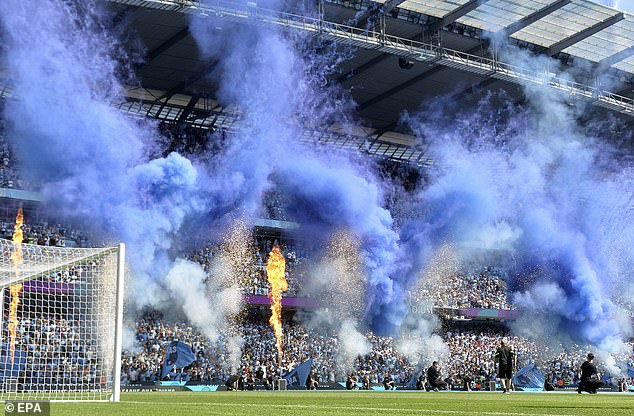 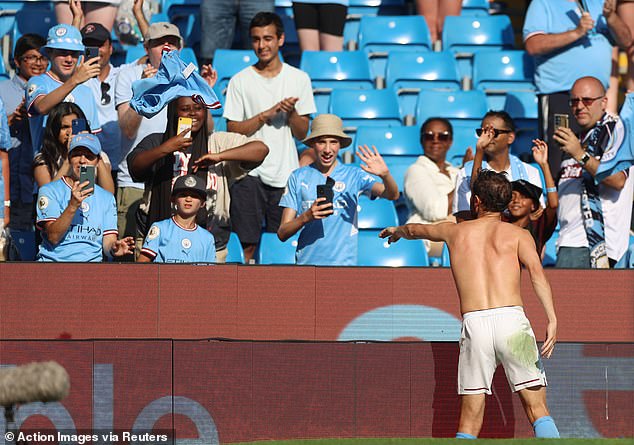 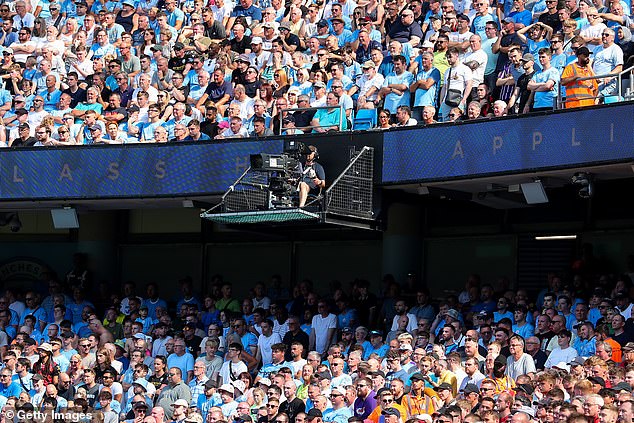 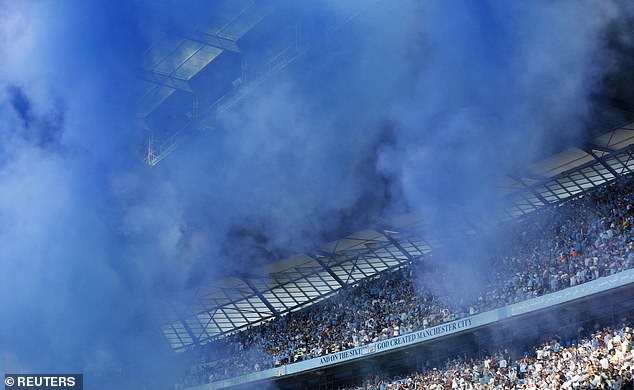 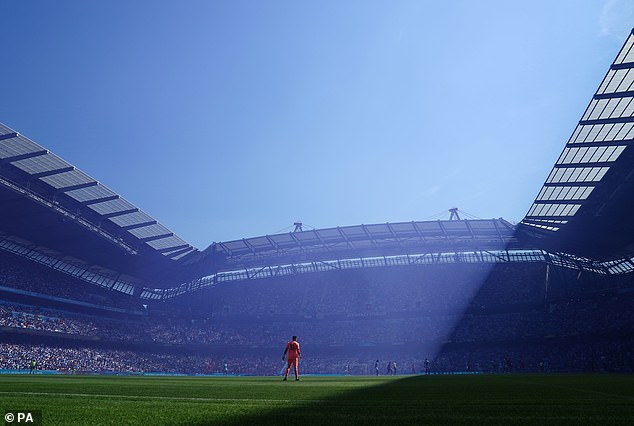 Fans were told they were not allowed to bring their own sunscreen inside the Etihad Stadium, despite the heatwave

The charity added today: ‘If stadiums throughout the world can install hand sanitizers, they can do the same with sunscreen. We can all do better.’

The backlash began when Elliot Levy asked if sun cream would be allowed into the stadium.

But the club tweeted back at him: ‘Hi Elliot, sun cream will not be permitted on entry into the stadium. We advise supports to apply this before coming and to bring a hat and water.’

Elliot then replied: ‘Seriously? On a day like this, I think you need to urgently have a rethink.

‘The East Stand lower tier is going to be drenched in 30 degree heat all afternoon and you’re telling people that they’re not allowed to bring sun cream? We have to bake in it for two hours with no shade?’

Another Twitter user said: ‘I’m traveling to the game with a relative who recently had skin cancer, also sat in the Lower East Stand.

‘Ridiculous if we’re not allowed to bring sun cream in (especially if they’ve relaxed rules around liquids). Sort it out City.’

Another fan, Ian Elliot said: ‘Wow. My son has cystic fibrosis and needs to apply sunscreen if he goes out when on many medications, this is what I would call discrimination, not only that but the sun can cause skin cancer.

Sunscreen in this weather is vital to health. Unbelievable.’

Fans cannot normally take water or any other drinks into the stadium, but it is believed that the rule has been relaxed due to the extreme heat.

The club also said that those who need to bring sunscreen or any other prohibited item with them, can email their access team.

It came as an amber warning for ‘extreme heat’ was issued by the Met Office for the weekend as temperatures reached 35C in southern areas.

The Football Supporters’ Association had urged clubs to change their rules to help fans during the scorching afternoon in the stands.