French football league chief Vincent Labrune has warned there will be deaths at matches if the out-of-control fan violence at games continues as he told clubs to ‘get criminals out of stadiums’.

In a candid and hard-hitting interview with L’Equipe, Labrune said the season had been ‘disastrous on and off the pitch’ across France’s top divisions after a series of shocking incidents.

The campaign was littered with worrying scenes, crowd trouble and major issues with fans including at games in Ligue 1. 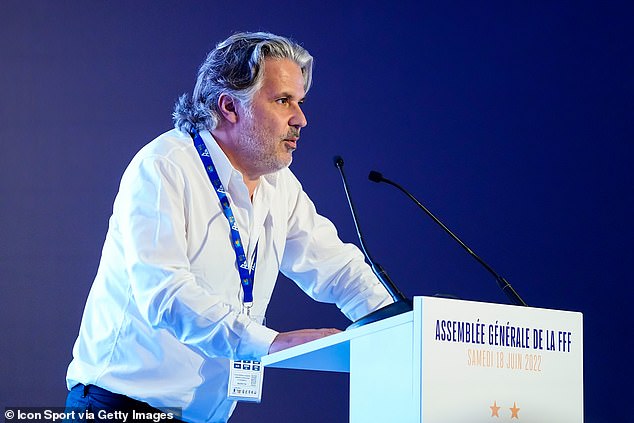 Furious Saint-Etienne supporters stormed the pitch, threw smoke bombs and caused police to move in after they saw their team relegated from Ligue 1 following defeat to Auxerre on penalties in May, laying bare an undercurrent of disorder present throughout the entire season.

Labrune told L’Equipe that it was a ‘miracle’ no-one was killed in the incident. ‘I do not want to know about a death in a stadium as president,’ he said.

‘We want to be the Development League, not the War League in the stadiums. I appeal to all of you, to your responsibility. You have to be brave and put these criminals where they belong, not in stadiums. ‘ 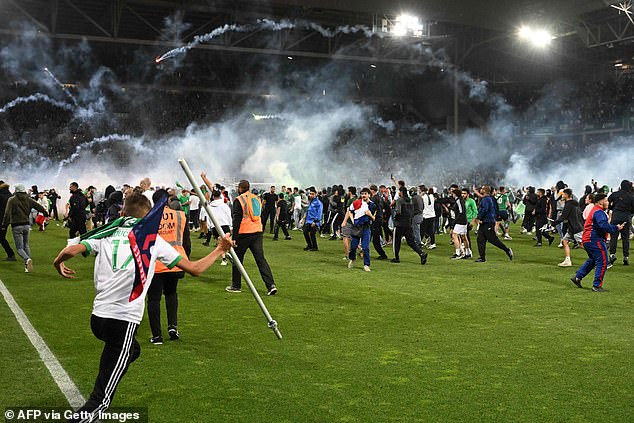 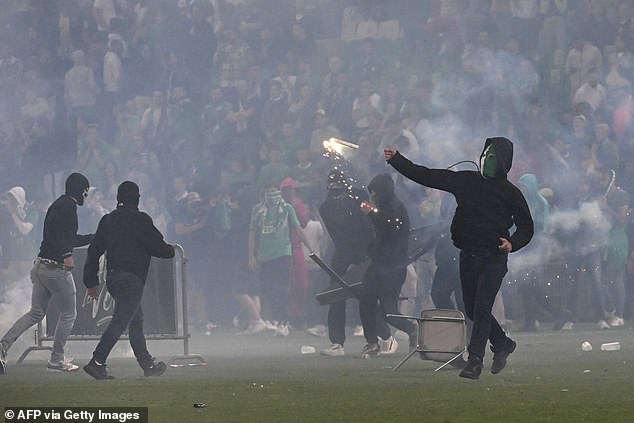 Earlier in the campaign, Lyon’s match with Marseille was abandoned after former West Ham star Dimitri Payet was hit by a bottle thrown from the stands.

Lyon were docked a point and forced to play the rescheduled fixture behind closed doors while a man was also arrested and handed a six-month prison sentence alongside a ban from games.

Payet had previously been attacked on the pitch at Nice in August, and the derby between Lille and Lens was held up by 30 minutes while riot police dealt with a clash between sections of fans on the pitch.

‘We had a disastrous season on and off the pitch,’ Labrune said. ‘We have to change gears very strongly. 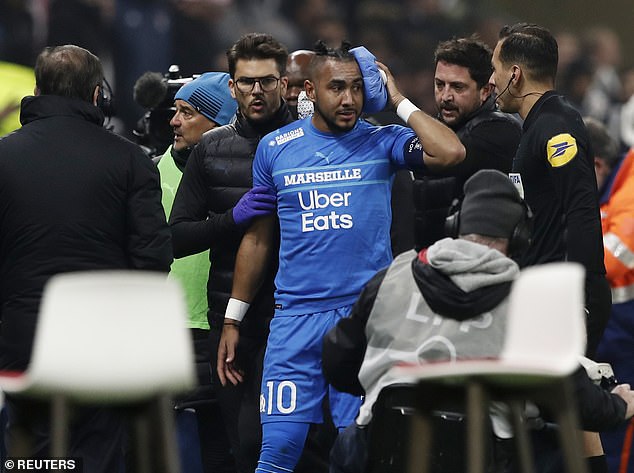 ‘At the League we are going to take our responsibility, the clubs must also take theirs and be aware that they must help us, as well as the public authorities.

‘It bothers me when I hear the ANS (national association of supporters) say that there are good and bad supporters, good and bad ultras. No, there are supporters and ultras. I really like the positive fervor of the ultras, but today there are criminals in our enclosures. We have to get them out of stadiums. ‘

Football in France has been under severe scrutiny in recent weeks in the aftermath of the chaos that occurred prior to the Champions League final between Liverpool and Real Madrid at the Stade de France in Paris.