‘We’ve forgiven him for relegating us all those years ago!’: Former Bolton striker Henrik Pederson serves pints to West Ham fans at his bar in Silkeborg, as the Danish club hand out free beers ahead of their Conference League clash tonight

By Henry Tomlinson For Mailonline

West Ham fans were treated to free beers ahead of watching their team take on Danish side Silkeborg in the Europa League Conference match tonight.

The Danish club officials were pictured handing out beers to the traveling supporters who were collecting their match tickets outside the JYSK Park ahead of the 8pm kick off.

The act of kindness received praise from the fans, with supporter Aaron Hinton tweeting a picture of the moment and hailing it as ‘unbelievable’ from Silkeborg. 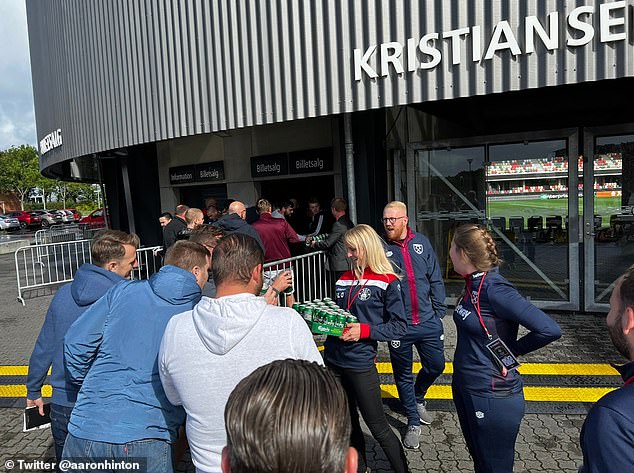 He tweeted: ‘Unbelievable from who have provided the fans with a free beer while collecting our tickets for the match tonight Denmark, probably the best country in the world.’

Other West Ham fans were also looked after in the town as they visited the sports bar Malet, which is owned by former Premier League star Henrik Pedersen.

Hammers previously had a dislike for the player as he was part of the Bolton side that pipped West Ham to Premier League survival in 2003. 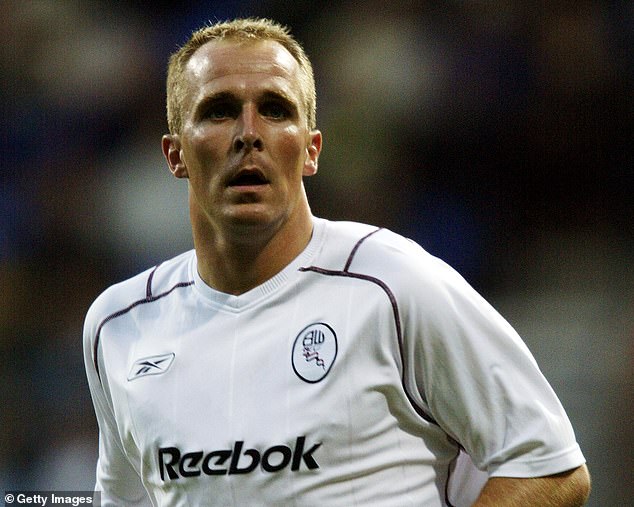 This was despite the club racking up 42 points and having a team consisting of star players such as Paolo Di Canio, Frank Lampard, Jermaine Defoe and Michael Carrick. The relegation of this team is often hailed as the best-ever side to drop out of the top league.

Pederson was Bolton’s joint-top goalscorer that season with seven goals, helping his side reach 44 points and to Premier League survival.

Now running his sports bar, he was filmed serving drinks to thirsty Hammers who had traveled for tonight’s game. 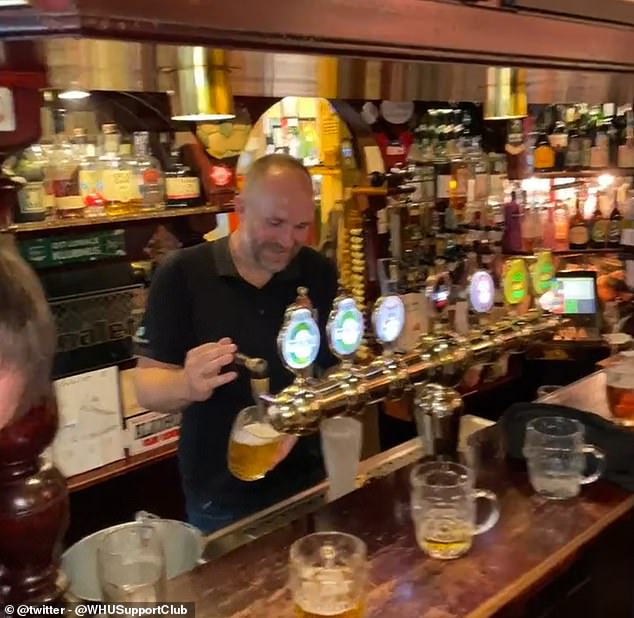 ‘We’ve forgiven him for relegating us all those years ago!’

The Hammers could go into the match against the Danish side without defenders Aaron Cresswell and Craig Dawson as they are both recovering from injuries and may not be risked by Moyes, despite being in the squad for the game. 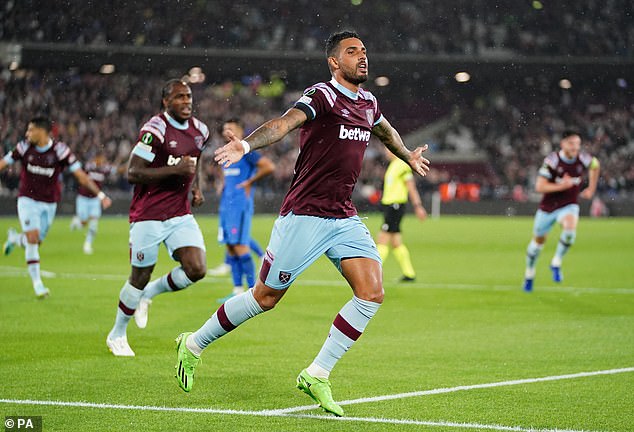 The Hammers won their opening group stage game against FCSB last Thursday 3-1 as they came from behind at the London Stadium.

Andrei Codea gave the Romanian side a first-half lead before goals from Jarrod Bowen, Emerson and Michail Antonio sealed the win for David Moyes’ side.

West Ham currently sit top of Group B on the same points as Belgian side Anderlecht and will be hoping to go far in the competition, after their successful run to the Europa League semi-finals last season.