‘He looks a broken man’: Fans slam Pep Guardiola for ‘coaching the flair’ out of £100m man Jack Grealish after another poor display for Man City… as Villa supporters call for their hero to return to the club

By Will Pickworth For Mailonline

Football fans have slammed Pep Guardiola for the impact he has had on Jack Grealish after the midfielder put in another disappointing display for Manchester City during their 2-1 win against Borussia Dortmund on Wednesday.

The German side went 1-0 up through Jude Bellingham before late goals from John Stones and former Dortmund star Erling Haaland turned the game around.

Grealish started the game but was subbed for Phil Foden on 58 minutes with City trailing 1-0. 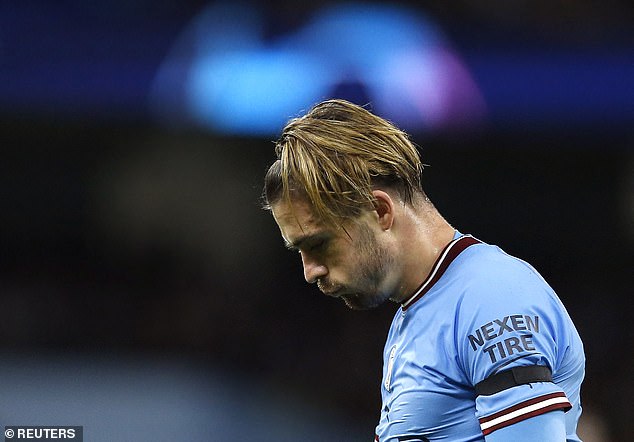 The England midfielder has struggled since his £100m move from Aston Villa last summer and failed to nail down a regular place in the side.

He has scored just six goals and added only four assists in 44 games, despite being the most expensive English footballer of all time when he joined City.

The 27-year-old has failed to score or assist in 35 of his 44 matches for City, while Grealish is also yet to provide a goal contribution so far this season.

Following Wednesday’s game, fans were quick to criticize City boss Guardiola, leaping to the defense of Grealish and claiming that the Spaniard’s style of play is to blame for the midfielder’s decline in form.

A frustrated fan said: ‘I’ll never be able to understand Pep Guardiola spending £100m on Jack Grealish to strip him of his best attribute. He’s 1 of the best carriers of the ball I’ve ever seen in my life, but isn’t given the freedom to do that in this Man City side.’

Another added: ‘He looks a broken man at the moment. He needs to build his confidence and take on players, looks too frightened on the ball.’

A further user said: ‘Watching Jack Grealish pass it backwards for City is like Da Vinci doing paint-by-numbers. World at his feet but now playing with fear, no rhythm and with all his flair coached out of him. Shame.’

Villa fans also called for their hero to return to the club, again highlighting how City’s style of play wouldn’t bring the best out of Grealish. 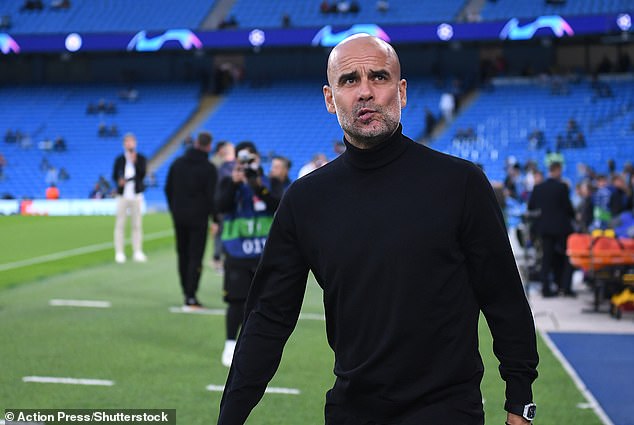 One explained: ‘Grealish needs to come back to Villa, there probably isn’t another team in the PL as poorly matched to his style of play as City.’

Another fan said: ‘Genuinely don’t know what the point of Jack Grealish is, in this City team. He gets the ball on the left then passes it sideways or back, that’s it.’

Speaking after the game, Rio Ferdinand backed Grealish to recapture his best form at City.

He told BT Sport: ‘You only stop talking about the (Grealish’s transfer) fee when you’re producing consistently, scoring goals week in, week out. 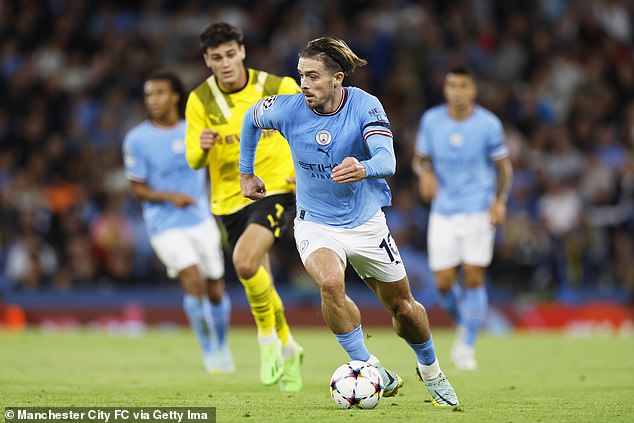 ‘I understand people are questioning it, questioning about the fee but I don’t think there will be anyone more frustrated or a bigger desire to prove people wrong than Jack Grealish.

‘He’s a passionate guy about football, he wants to be the best, go to City and put his marker down.

‘He’s had a year of grace because you need that adaptation – I’m hoping he comes good, I think his best position for City would be in the eight where he’s got time or freedom to go left or right than be stuck in the one position.’