Manchester United are engaged in a game of poker with Barcelona over Frenkie de Jong, and a new layer of intrigue emerged following the Catalan club’s extraordinary general assembly on Thursday evening.

Barcelona’s socios overwhelmingly voted through two board proposals that will see the club give away a percentage of future earnings on merchandise and television revenue in exchange for an expected € 700 million in funding from financial institutions. Eduard Romeu, Barcelona’s economic vice president, said the twin deals would take away the imperative for his club to sell players before the key date of June 30, with De Jong the primary candidate.

Romeu said: “In our budget and the numbers we have to close by June 30, there is no expected income from player sales. “Any decision we take in that regard will follow technical criteria, not economic.”

The end of this month is important because that is when Spanish clubs close their accounts, and La Liga’s system to calculate salary caps for the following season takes its cue. Before this point, it had been expected that Barcelona’s losses of around £ 125 million would ramp up pressure to sell De Jong – who is among the highest earners at the Camp Nou – by that cut-off to free up salary elsewhere. Barcelona now insist that the deadline is irrelevant.

Whether that is a bluff, time will tell. United, for the moment, are keeping their chips back. The move for De Jong is being led by football director John Murtough and talks have been held over a fee. Semantics dictate whether an official bid has gone in but, whatever the interpretation, sources say there is a gap at present of between € 10 million to € 15 million in guaranteed money from United’s proposal to Barcelona’s demands. (It is perhaps an awkward look that dividends of about £ 11 million are set to go to shareholders on June 24.) 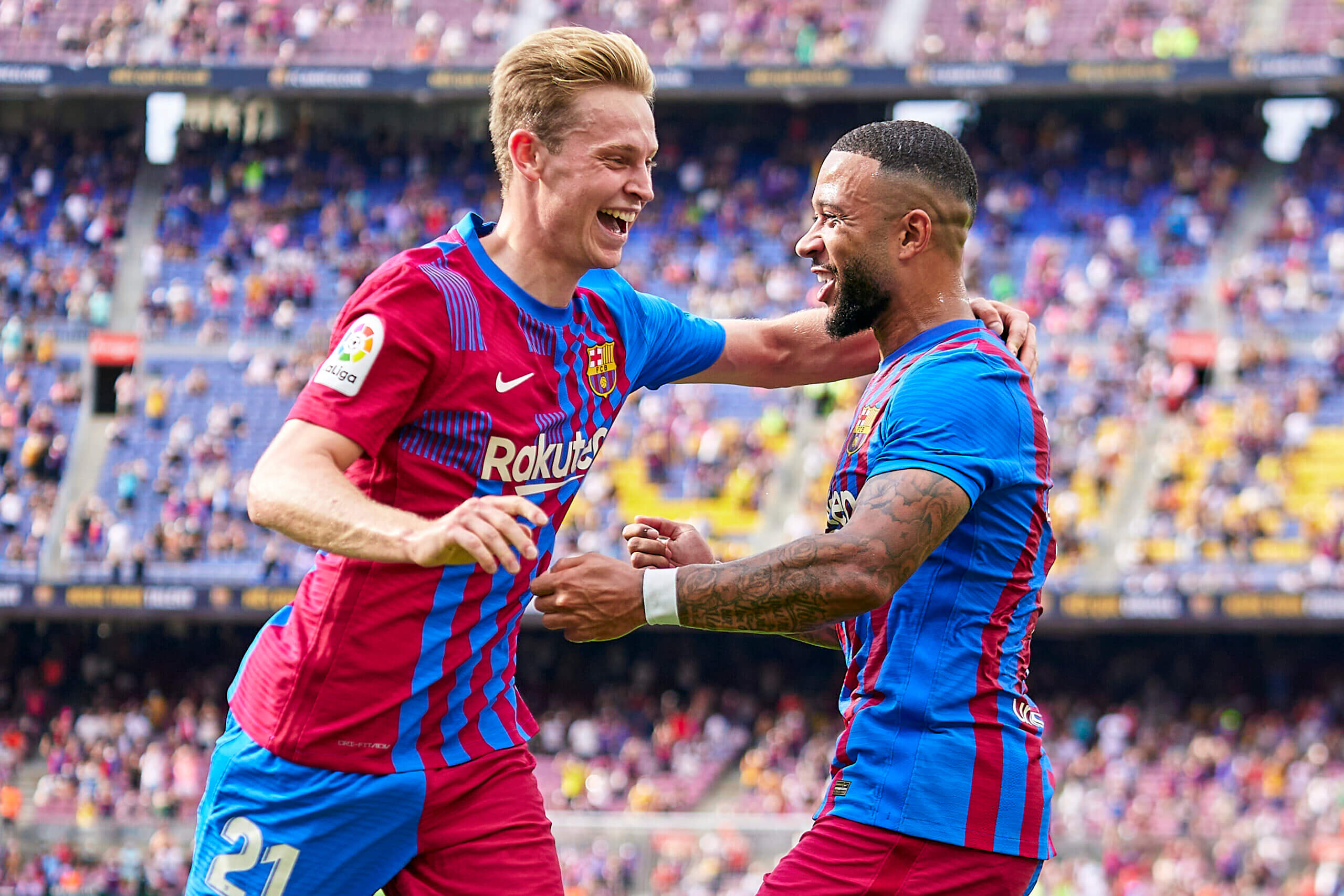 United feel Barcelona still have cashflow issues that necessitate De Jong’s sale and there are no other buyers out there. This is a view shared by several recruitment leads at other clubs who consider themselves familiar with Barcelona’s predicament. Barcelona are so far steadfast in holding out for their desired price, regarded as € 80 million, close to what they paid Ajax for the midfielder in 2019. Owner Joel Glazer and chief executive Richard Arnold are not involved in negotiations but have been kept abreast of updates and have final sign-off.

Amid the impasse, murmurings have begun that Erik ten Hag is starting to get a little frustrated. He is said to understand United’s budgetary constraints – around £ 120 million – and knows that he would be able to afford certain additional signings if Barcelona can be convinced to accept the lower offer. But there is value too in getting a player through the door early so he and team-mates can mentally prepare, Ten Hag can plan with certainty and United can move on to further targets.

United undoubtedly feel they have scope to wait given players are not due back until the week commencing June 27, with those featuring in internationals allowed more time off depending on their final matches. De Jong played 90 minutes on Tuesday against Wales, his fourth appearance in 11 days, so hypothetically, had a deal already been agreed, he might not be expected to report for training until just before United go on their pre-season tour to Thailand and Australia on July 8.

Well-placed sources believe the move will ultimately happen. Ten Hag has made De Jong his primary objective, the 25-year-old is open to reuniting with his former Ajax manager, and wages are not expected to be an issue. Sadio Mane’s transfer to Bayern Munich could start the dominoes falling if that triggers Robert Lewandowski to join Barcelona, ​​who want to make six signings this summer to rejuvenate the squad. Another aspect is that Xavi has publicly said he wants to keep De Jong from a football perspective.

There will come a point when United have to make a call though: deal or no deal. They believe there are other affordable midfielders available and will move on in the event Barcelona do not budge. Getting that balance right will be crucial for the sake of manager satisfaction in his first transfer window.

Sources say United this week made a check call to Brighton on Yves Bissouma before his transfer to Tottenham Hotspur emerged. But Bissouma was not regarded as a serious candidate to pursue at this stage. De Jong is the box-to-box midfielder Ten Hag wants. Earlier this week, The Athletic reported that United have made an offer to sign Christian Eriksen, who is available on a free transfer. Tottenham and Brentford have also expressed an interest in re-signing the Denmark international.

There has been some circumspection over De Jong’s performances for Barcelona and whether he can adapt to the Premier League, with Donny van de Beek’s struggles an Old Trafford case study. But coaches who know De Jong’s style say Barcelona have not deployed him to the best of his abilities and he could thrive at United under Ten Hag.

De Jong tore Belgium apart in the Netherlands’ 4-1 Nations League win on June 3 and one member of the Belgian setup was so impressed they told The Athletic that De Jong will both be the Premier League signing of the summer, should he end up at United, and that he will also surprise people with his ability to dribble with the ball through midfield and operate higher up the pitch.

United could top up their budget by moving players on. Aaron Wan-Bissaka and Anthony Martial are two of the players who might be able to command significant fees. But United are not factoring in expectations of huge sales.

Dean Henderson is close to departing to Nottingham Forest, but only on loan. There have not been any negotiations over an option or obligation to buy. Tom Heaton is thought more than capable of stepping up as No 2, but United might step into the market with Watford’s Daniel Bachmann under consideration at a cost of between £ 2 million and £ 4 million.

That will come after the De Jong pursuit has reached its conclusion. United must hope it does not turn into a saga.