Erik ten Hag is hoping to make a lot of changes at Manchester United and looks set to make Feyenoord’s Tyrell Malacia his first signing.

Malacia looked set to join Ligue 1 side Lyon before United hijacked the deal at the 11th hour, agreeing to pay Feynoord an initial £ 13million.

But he may be unfamiliar to a lot of United fans so we’ve brought you the lowdown on the 22-year-old left-back.

Born in Rotterdam in August 1999 to Curacaoan and Surinamese parents, Malacia joined Feyenoord’s youth system at the age of nine.

He worked his way through the academy before making his professional debut in a 2-1 Champions League win against Naples in December 2017.

The defender remained on the bench as they beat AZ in the KNVB Cup final in 2018 but then established himself as a regular in the starting XI.

Current United manager Erik ten Hag reportedly wanted to sign Malacia last summer but a deal was not possible due to the huge rivalry Ajax have with Feyenoord.

Despite only being 22 years old, he amassed 136 appearances for the Eredivisie side, registering four goals and 10 assists in those games.

His final appearance for the club was in their 2021-22 UEFA Europa Conference League final defeat to Roma, and he was later named in the Team of the Tournament due to his performances in the competition.

In international football, Malacia represented the Netherlands at every youth level from Under-16s to Under-21s before making his senior debut against Montenegro in September 2021, where he registered an assist.

He has since won another four caps for his national side and recently set up Wout Weghorst for their 94th-minute winner against Wales in the UEFA Nations League.

Catch him if you can 💨

Malacia is a left-back by trade but can be used further forward, operating as a left wing-back for the Netherlands in Louis van Gaal’s 3-4-2-1 formation.

The defender, who was a favorite fan at De Kuip, loves the physical side of the game and has even been nicknamed the ‘pitbull’ in his home country due to his tenacious approach.

But Malacia is also a very modern full-back as he is comfortable on the ball, possesses blistering pace and gets forward at every opportunity. According to Sky Sports, Ten Hag appreciates his speed, positional awareness, high interception rate and ability to attack space.

Off the pitch, Malacia is said to be very grounded, humble and well-connected to his roots in South Rotterdam.

The Netherlands international is set to challenge Luke Shaw for the left-back role at Old Trafford and his arrival will reportedly see Alex Telles and Brandon Williams deemed surplus to requirements. 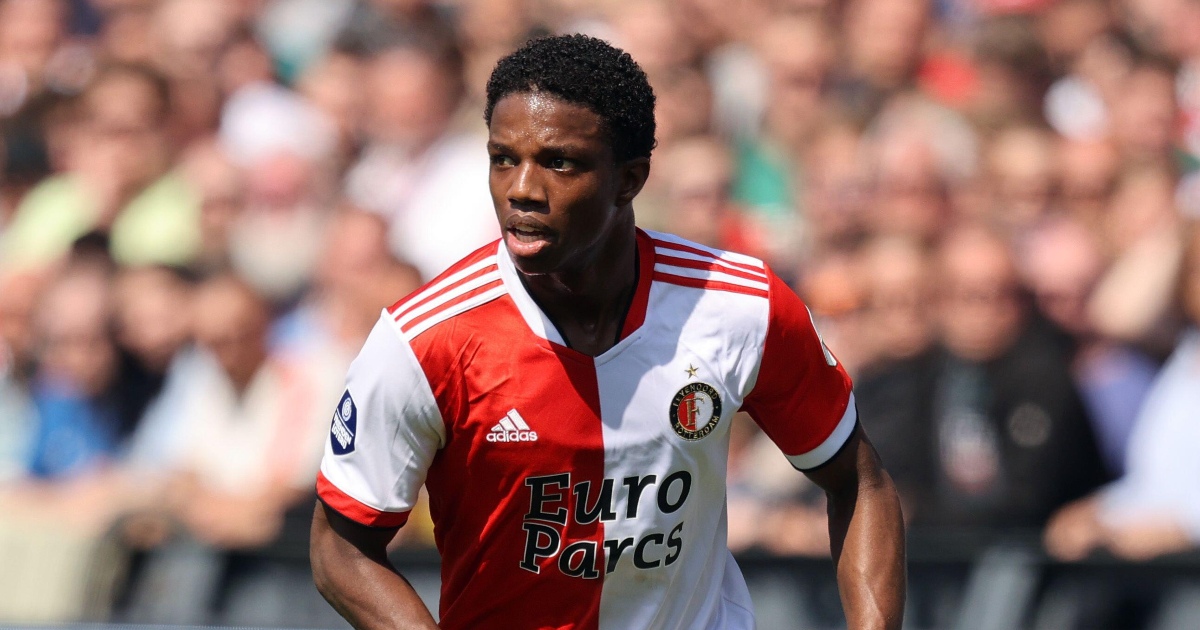 – “I am definitely ready for the next step. But first I want to focus on the Orange squad and play here, ”Malacia recently told RTY Rijnmond.

“I feel like everything happens for a reason and everything is written. If this is the right time, now is the right time. I’m not really into it, but it’s in the back of my mind. But I do not want to talk about it. [Van Gaal] praised me. You have to perform at your club, I’m doing that nicely.

“But I want to show in every international match that I’m supposed to play. He then tries to take my opinion out of me. At first I mainly looked the cat out of the tree, but now I share it too. Other than that, I’m still calm, I mainly let my feet do the talking. ”

– “Not so much the football was a problem, it was more the discipline, the rules,” he said when reflecting on his first few years at Feyenoord.

“I just wanted to play football. I threatened to quit a number of times, but my dad was always able to make me see the right path. I’m grateful I never quit. “

“I desperately need my relaxation,” Malacia told Ebonyst. “I should not have that football in my head all the time. Then I completely lose it. Once when I was a youth player, I looked on the internet on a fan forum [and] I saw what was written about boys. Just negativity. Not for me. ”

– “Tyrell is a fan of Marcelo and [David] Alaba of Real Madrid, full-backs who can defend and attack, ”Feyenoord boss Arne Slot told Bleed Orange. “He is and has always been strong as a defender, but now you can see him make progress on the ball as well.”

“Every winger will have a headache the night before playing against Malaysia,” former Feyenoord manager Giovanni van Bronckhorst said.

“He is quick, agile and [has] a great work ethic. At times he can be overexuberant. I had video images of him versus VVV Venlo at one stage: he was playing right winger! He laughed when I confronted him, like “sorry trainer, I will do my best more”… It’s his drive, his passion. “

– “I remember Tyrell from the youth teams,” Van Bronckhorst added. “I had seen him play and I realized he did ever so well at that young age.

“He was able to be tight on players who needed that, but he could also defend zonal. That is hard for young players. I thought he was very complete at a young age. I remember saying to Van Gastel: there is our future left back. ”

“His strength is that he can defend like a defender and play attack like a midfielder,” former Feyenoord manager Dick Advocaat said. “Feyenoord should be happy with this gem.”

– “When we lost 1-0 to Ajax last season, Antony was invisible,” Advocaat added. “Tyrell completely neutralized him. When he has the focus, he is one of the best in the country. I can understand Van Gaal’s excitement. “

– “The Malacia you see against Antony is the total package,” former Feyenoord left-back Ruud Heus said. “Antony is fast, so is Malaysia. Antony is agile, so is Malacia.

“This is a Brazilian winger, playing in their [National team], who has trouble with this Feyenoord left back. That means Malacia is a force to be reckoned with. He has everything: speed, dynamic, agile and has a very decent technique. ”

– “We do think he is a good player, yes,” Ten Hag said in August 2021 when asked about Malacia. “A transfer for Malacia to us is not an issue in the first place. Before we get all speculations again; it does not play at all.

“We can accommodate a departure of [Nicolas] Tagliafico within our current selection. If it is really necessary, we have a shadow list indeed. Whether Malaysia is on that list? I’m not going to tell you. “

“It’s interesting to say something about his background – he’s a kid from Rotterdam South [Rotterdam-Zuid] and Erik ten Hag wanted to get him when he was Ajax manager because he thought he was the best full-back in the country. ”

– “He played against Antony in Feyenoord vs Ajax, De Klassieker in Holland; “Antony is the star player in the Dutch league and still could not get on the ball when Malaysia was there – he was like a pit bull,” Van der Kraan added.

Where are they now? The Man Utd Xl from David de Gea’s debut in 2011

Can you name Man Utd’s XI from the 1999 CL final against Bayern Munich?

‘It was priceless’: The inside story of Man Utd’s link with Royal Antwerp