Which positions are Everton targeting in the summer transfer window? What has Frank Lampard said? And what do the stats say?

Which positions are Everton targeting?

Everton manager Frank Lampard is focusing on an improved defensive record next term after his side topped the most number of goals conceded from set-pieces during the 2021/22 season.

According to the Daily MailEverton want to sign a quick and dominant center-back but spending big is unlikely.

Everton are interested in Wolves captain Conor Coady, Burnley’s out-of-contract defender James Tarkowski – who is also wanted by Aston Villa – and Levi Colwill, who has excelled this season at Huddersfield on loan from Chelsea.

There are holes to be filled elsewhere, however. Donny van de Beek and Anwar El Ghazi are both returning to their parent clubs, Manchester United and Aston Villa respectively, following their six-month loan spells while six other players are currently out of contract at the end of June.

Jonjoe Kenny, Fabian Delph, Cenk Tosun, Asmir Begovic, Andy Lonergan and Gylfi Sigurdsson are all in line to leave the club which will free up some much-needed funds.

Conor Gallagher is a player linked with heading in the opposite direction. According to Daily StarEverton, West Ham and Crystal Palace are interested in Gallagher, who spent the 2021/22 campaign on loan at Selhurst Park from Chelsea, scoring eight goals and providing three assists in 34 Premier League games.

Clearly Everton need to overhaul the spine of their team and a lot will depend on who they are able to move on. Frank Lampard does not want Dominic Calvert-Lewin or Richarlison to go. So if either were to leave it would take a sizeable fee to even tempt Everton to do business.

Strengthening the spine of the team is a priority. A center-half will be brought in. Yerry Mina simply has not been available for enough games and James Tarkowski has been sounded out over a potential move from Burnley on a free.

With Fabian Delph, Cenk Tosun, Jonjoe Kenny and Gylfi Sigurdsson all out of contract, that’s over £ 250k a week off the wage bill. And the loan deals for El Ghazi and Van de Beek will not be made permanent.

Lampard will also prioritize strengthening his midfield options. At this stage, a move away for Andre Gomes would probably be in the best interests of club and player. While sensible offers for Allan would also be considered.

The interest in Brennan Johnson also shows how Lampard is trying to bolster his options in the final third. Again it would make financial sense if Everton were also able to offload Salomon Rondon.

Richarlison: Lampard knows what I want 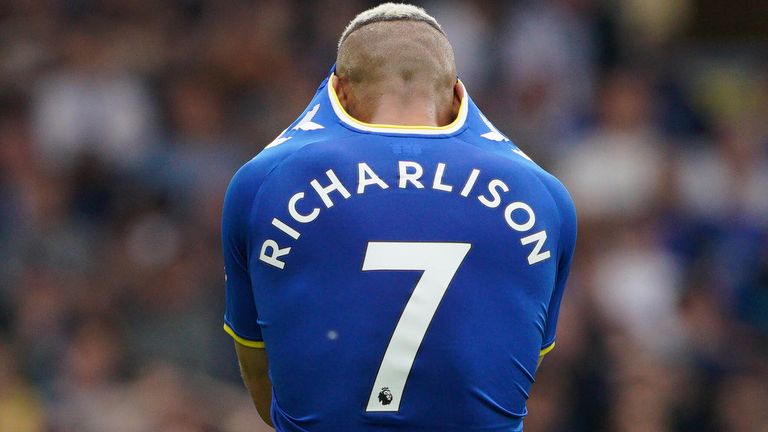 Whilst away for international duty with Brazil, Richarlison did not dismiss the idea of ​​a transfer away from Everton this summer.

Richarlison says that Everton manager Frank Lampard and the club’s board “knows what he wants” amid speculation over his future.

The 25-year-old fans’ favorite has been linked with a move away from Goodison Park following an impressive season which helped keep the Blues in the Premier League.

Richarlison is getting ready for Brazil’s friendly against South Korea in Seoul but could not avoid questions about his future at his club.

“When we talk about changing clubs it’s a little bit complicated, due to the history I have there at Everton,” he said. “The fans like me a lot. And when there are these talks about changing clubs, I feel like … that I do not have anything to say. But I made myself clear to the board, I have talked with (Everton head coach, Frank) Lampard as well He knows what I want.

“So, no matter what happens, it won’t disturb me at the national team, it won’t be a problem at the World Cup. I am totally focused at football so, no matter where I am, I will be playing my football with joy.

What do the stats say about Everton?

The Toffees need to upgrade in several positions, but the most pressing need is in central defense. They conceded the most goals from set-pieces (22), most-headed goals (15) and ranked 17th for percentage of aerial duels won in the Premier League this season.

Their current center-backs have varying problems: Michael Keane seems to have lost his form – he made two errors leading to goals this season, having made only one in his Premier League career prior to this campaign. Yerry Mina is a constant injury worry – he has started (79) almost as many games as he has missed (73) since signing for Everton.

What has manager Frank Lampard said?

Everton manager Frank Lampard speaking on the final day of the season:

“Can we make the squad stronger and more balanced? I believe we can. We will look at everything in that way and it is important we look at it quickly. We have [director of football] Kevin Thelwell now and we have the board that are interested in trying to get the best out of this club. 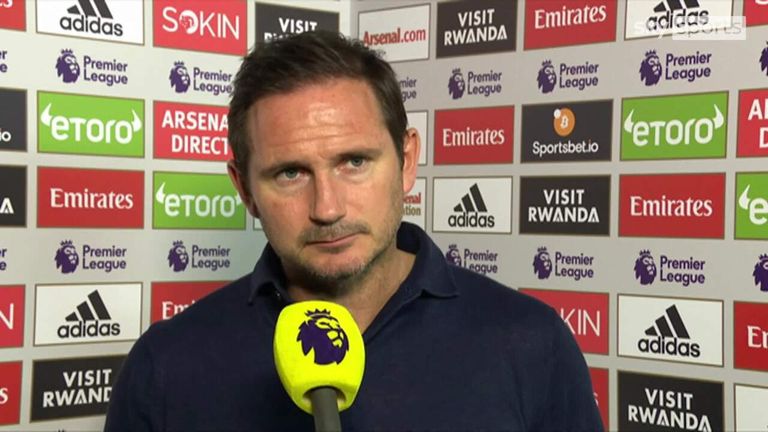 “We do not want to be here next year but we understand if we do not make positive moves it is possible. So we will be ready to move on that quickly.

“We want to play, the way we’ve played in the last month was fantastic but it’s been a certain type of football. We’ve played a lot of big teams who have had more possession.

“We want to look at how we can be a little bit better in possession. Some of that will be the squad and recruitment, others will be how we work in pre-season.

“You’re always starting to think about those things, you can never stand still or relax in this game. There’s reasons we are where we are and there’s reasons we just about stayed up. It’s very important that after that break, we get to work. “

What should Everton do this summer?

Everton have issued a robust defense of their financial dealings as the threat of legal action from relegated Burnley complicated the dramatic final-day denouement at the bottom of the Premier League, but balancing the books remains a pressing concern.

While a worst-case scenario was avoided in dramatic circumstances in the final week of the campaign, ensuring such a tumultuous period does not become a more regular occurrence during the final few years at Goodison Park will require a summer of astute recruitment both on and off the pitch.

Frank Lampard and his coaching staff have worked superbly to unify a fractured club but continued structural improvements must be implemented first before further mistakes in the transfer market are made. A new head of recruitment and academy director are being sought.

To this end, Everton are aiming for a more collegiate approach to decision-making, with majority shareholder Farhad Moshiri factoring in the views of the Board of Directors and Kevin Thelwell, the director of football.

Everton U23s require a new head coach following the departure of David Unsworth, who will take direction from Thelwell after consultation with Lampard regarding style of play. Kevin Nicholson has been appointed Coach Educator at the academy, so the signs are that the right steps are finally being made.

Depending on the severity of the club’s finances, they may need to sell one of Dominic Calvert-Lewin or Richarlison in order to improve the overall quality of the squad. Young and hungry players are needed, but the emergence of Anthony Gordon as a first-team regular provides inspiration for others seeking a pathway to the first team.