Various Premier League stars were photographed taking in the thrills of the Monte Carlo Grand Prix weekend as Charles Leclerc qualified on pole.

Having met the stars, Mount and Foden then linked up with Tottenham’s Eric Dier and Matt Doherty while Foden’s club team-mate Ruben Dias also joined the party. 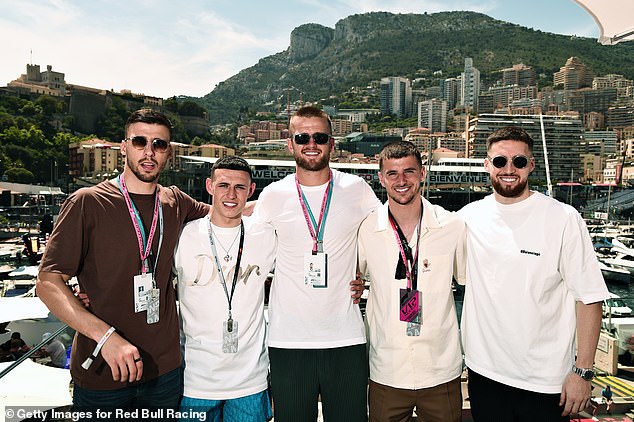 Dier and Mount were interviewed by Sky Sports F1, with the Tottenham defender saying he got into increasingly popular sport through Netflix’s hit show ‘Drive to Survive’.

Dier said: ‘The last couple of years [I got into it]. Through Drive to Survive, like a lot of people, and this is my first F1. To be in Monaco is incredible. ‘

Meanwhile, Mount spoke of his time spent with the Red Bull team during Friday’s practice. 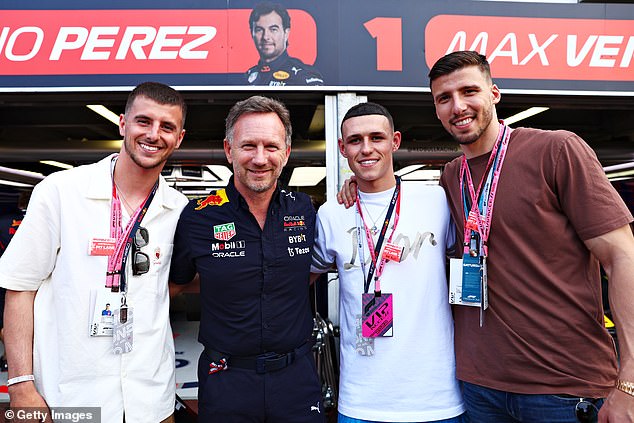 He said: ‘We saw them yesterday [the Red Bull team] for practice. We had a conversation with both of them [Max Verstappen and Sergio Perez], just saying how hot it is. It’s boiling out here.

‘They were saying it’s hot in the car and stuff.’

Mount was asked about Saturday night’s Champions League final between Real Madrid and Liverpool, to which he responded: ‘I’m not sure [how it’s going to go]. It’s obviously a top game, two top teams so I’m very, very excited to watch it. I wish we were there. 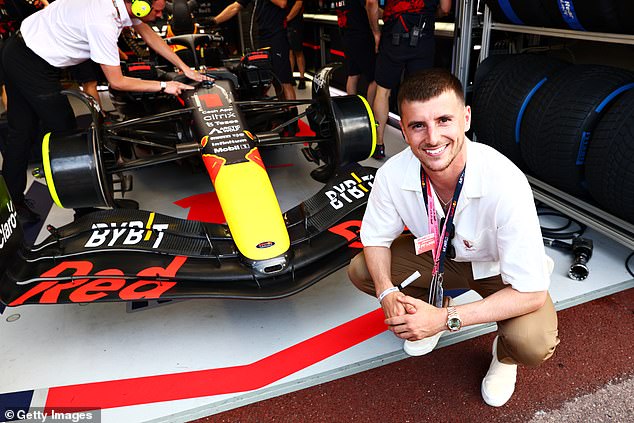 Dier said: ‘Real Madrid have a special thing in the Champions League.

‘Their history helps them a lot and they’ve had an incredible run to get to the final.’

Meanwhile, Mount was later asked about the recent Chelsea takeover and his thoughts of where the club can go from here on in the post-Roman Abramovich era. 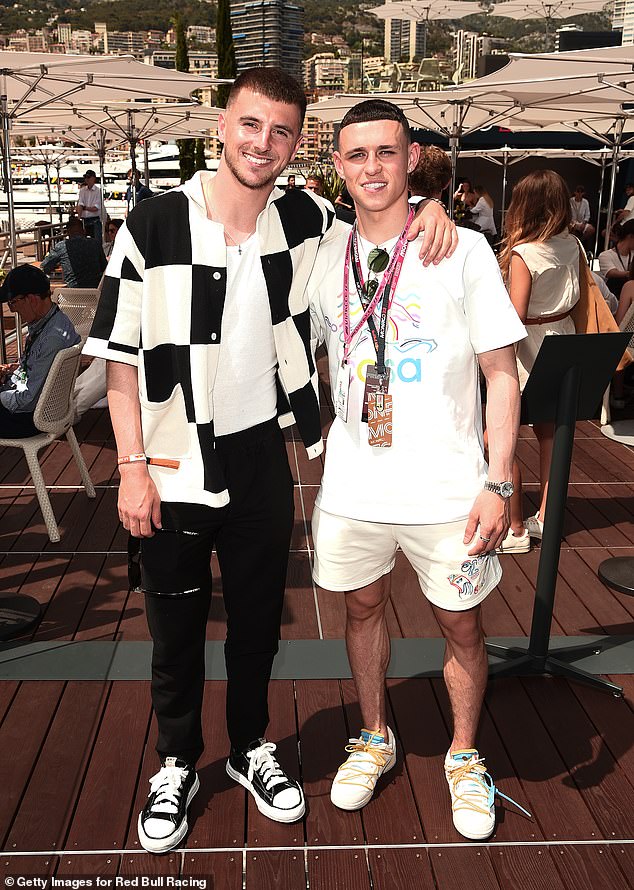 He said: ‘We were obviously in and around [the title race] until about midway through.

‘Disappointing that we fell off a bit but that’s obviously the goal for next season, we want to close that gap. We want to be up there.

‘It’s an exciting time now with the owners being confirmed today, going forward it’s going to be exciting and obviously the era under Roman has been brilliant. We look forward now and it’s exciting stuff, can’t wait to get back to it. ‘

The qualifying itself threw up some drama, with Leclerc taking pole position in a session which was brought to a premature end after a crash involving Sergio Perez and Carlos Sainz. 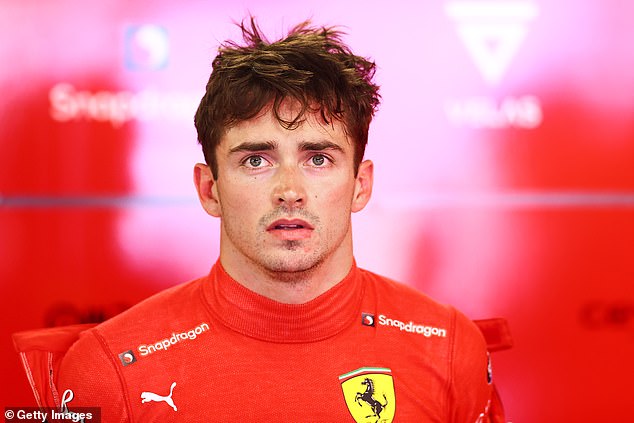 Charles Leclerc qualified on pole, living up to his pre-qualifying tag as favorite to start at the front of the grid

Leclerc had gone into the weekend favorite to qualify on pole and he duly delivered for Ferrari.

He said afterwards: It is very special. I am so incredibly happy. It has been a very smooth weekend until now. I knew the pace was in the car and I just had to do the job, it went perfect.