In the return of Dario Felman’s column with TribalFootballthe Valencia and Boca Juniors legend discusses Rino Gattuso’s early days at Mestalla, Lisandro Martinez and Manchester United, the new managerial career of Carlos Tevez and much, much more…

Gattuso’s first weeks in charge of Valencia CF have been good…and I’m not referring to the results. I’m talking about his personality and his willingness to work hard and his way of getting across to the players his vision of football … and show them the continuous ‘fighting spirit’ he had as a footballer himself and still has now. I believe he has the ‘sangre latina’ (Latin blood) of a winner. I think it’s positive and Valencia CF will need a manager like Gattuso.

So, no, it’s not a surprise to me that he has been chosen as the coach for the team. However, it’s not easy to manage Valencia CF, a team that has to sell major players every summer and who are not playing in the Europa League and are way off the Champions League places too.

Gattuso mustn’t throw the towel in too easily. He knows what he has got himself into by joining Valencia. He has got to have sufficient personality to see the project through. We don’t want to see ‘Gattuso’ becoming a ‘Gatito’! (a pussycat)

Regarding the fans, I have never seen so many enthusiastic fans at ‘Paterna’ (Valencia CF’s training ground) for Gattuso’s first training session with the team. It’s a good sign. You don’t normally see so many fans there! It was an impressive crowd, enough for a match! As I said before, Gattuso has to accept that major players will be sold this summer and also have the confidence that Valencia CF will buy the players he has asked for too. He’s got to have true faith during these difficult times at the club. It’s really wonderful that he already has the fans backing him! 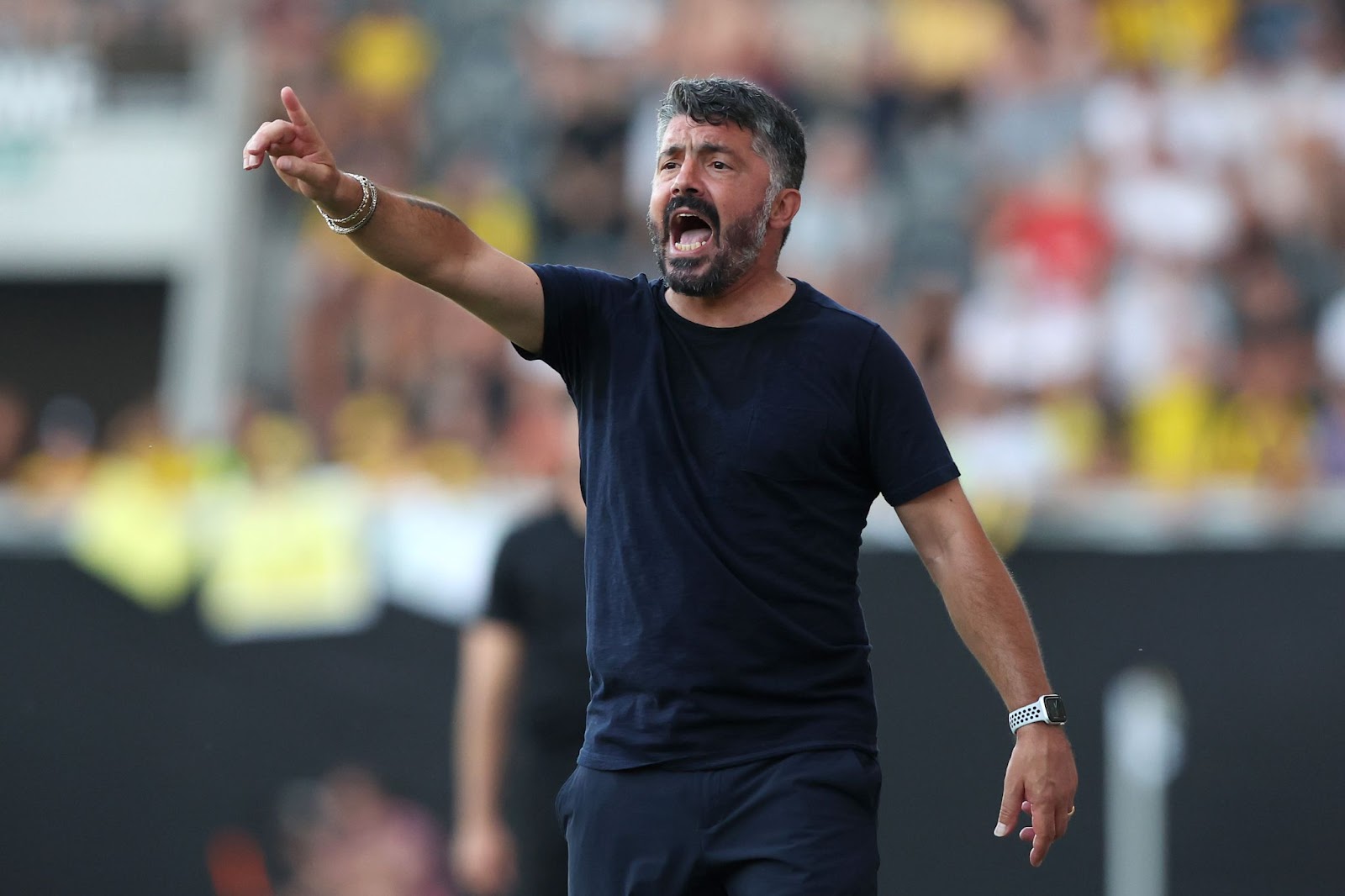 Firstly, I think FC Barcelona are going to become ‘un equipazo’ (a great team) from now on. I’m not saying that it is going to be a team at the same level of the Messi and Iniesta era…but Barça are indeed going to be a great team again. Ousmane Dembélé is a very important player and he has decided to stay at the club too. He’s now going to be in competition with the new players like Raphinha.

I think that Xavi (the manager) has created a competitive team. For each position on the field, he now has the choice of two players for each position. Therefore, each player is going to be very, very competitive regarding getting a game…now more than ever given the quality of the squad.

Robert Lewandowski is an important player and he believes in the project at Barça too, which is essential and ‘lo mas lindo’ (the sweetest thing or the greatest thing). All the other new players like Raphinha, Franck Kessie, Andreas Christensen are top class and they also believe in the new project at FC Barcelona, ​​a club that didn’t win anything last season. 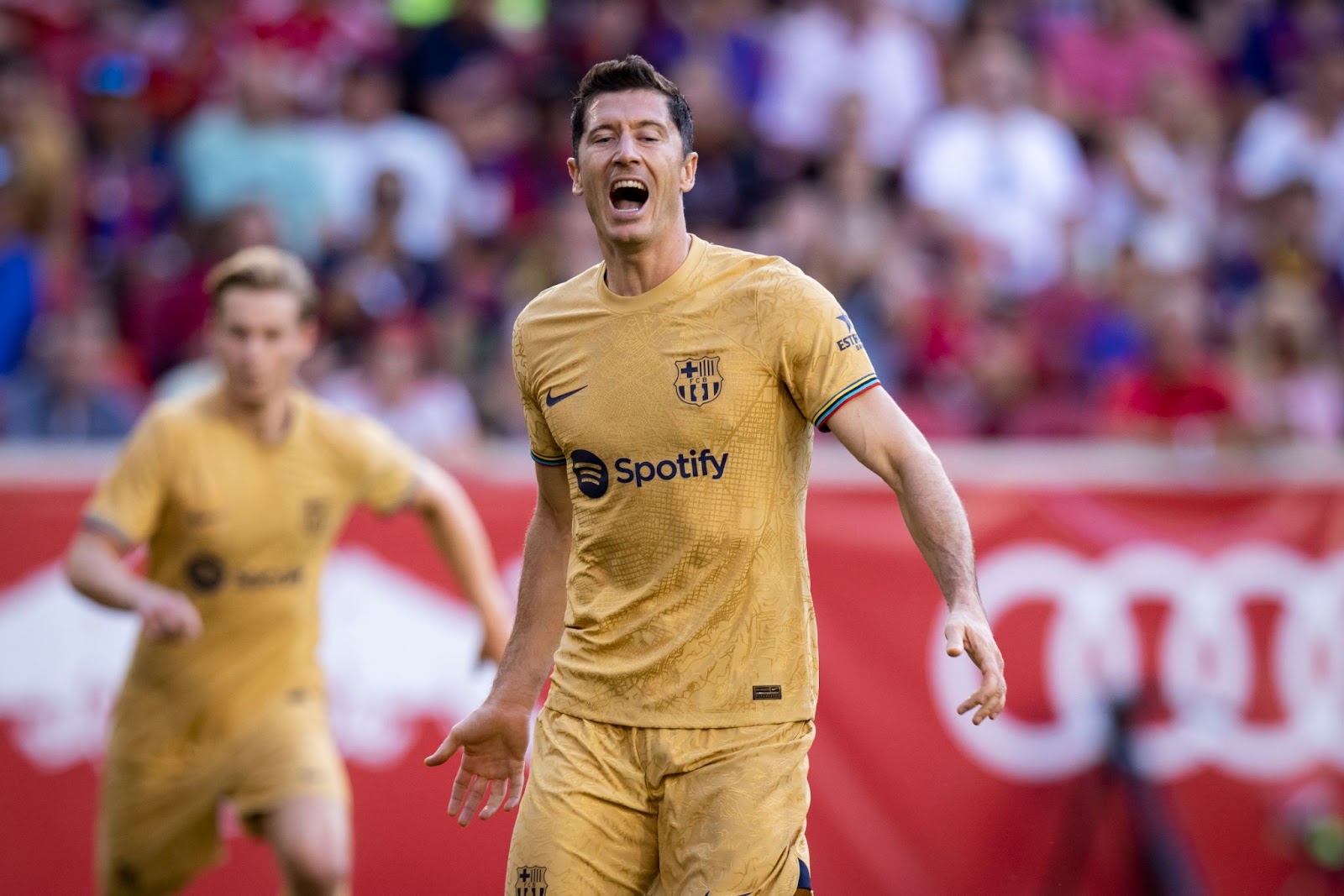 I’m not sure that Real Madrid are going to be a stronger team this season but they are going to be tougher. In the pre-season friendly in Las Vegas, the German player Antonio Rüdiger wanted to take on the entire FC Barcelona team in his first match for Real Madrid! These are players who have a lot of personality. However, you have to bear in mind that Real Madrid won La Liga and the Champions League last season. So, it’s going to be difficult to top that!

Also, I’m convinced that Real Madrid will continue to depend on Karim Benzema. Why Benzema? Because he made Rodrigo and Vinicius Jr into great players last season. Both of these players didn’t really stand out a year and a half ago. Now, they are playing like they are on another planet. Who gave them this push? Benzema! He urges his teammates on with his talent and drive and experience, and makes them ‘transcendental.’

Every year, Real Madrid and FC Barcelona are getting more powerful as clubs because that is where the money is, television rights, business interests, the ability to buy top players. It seems like the Fair Play rules don’t apply to them! The gap between these two ‘Super clubs’ and the rest of La Liga is widening. Historic teams like Seville and Valencia CF just can’t compete with these top teams anymore. Benitez won La Liga twice with Valencia CF but that was twenty years ago, when there wasn’t such a huge difference in La Liga, in terms of money and expenditure for each competitive club in the elite of Spanish football. These days, Javier Tebas (President of La Liga) and Luis Rubiales (President of the Royal Spanish Football Federation) are earning a fortune too! 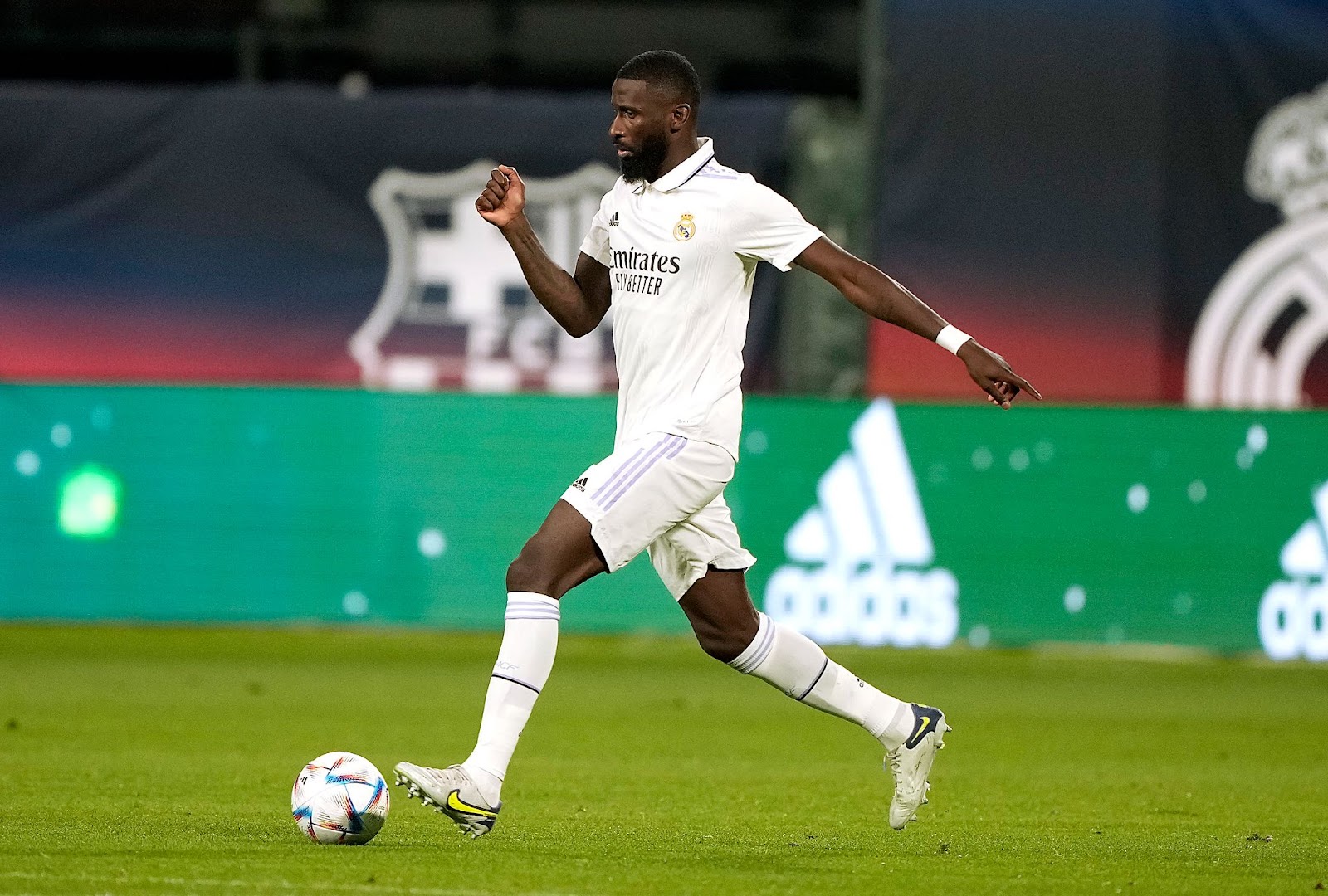 Regarding Paulo Dybala moving to Rome, the key is the 2022 World Cup in Qatar. Dybala needs matches and he needs to play in the 3 months leading up to the World Cup. Jose Mourinho is a good manager and he should be able to get the best out of Dybala, a player with a lot of quality and potential. At Juventus, Dybala was not a leader and he needs to feel important as a player so he can grow, which I believe can happen at Roma under Mourinho’s guidance.

Dybala is still young but he needs to feel important in a team now. He wasn’t comfortable at Juventus, the club didn’t get the best out of him and that would explain the lack of serious offers for him. I’m not surprised that Dybala joined Roma. It’s a fairly historic club in Italy and Mourinho has a proven track record as a manager all over Europe. 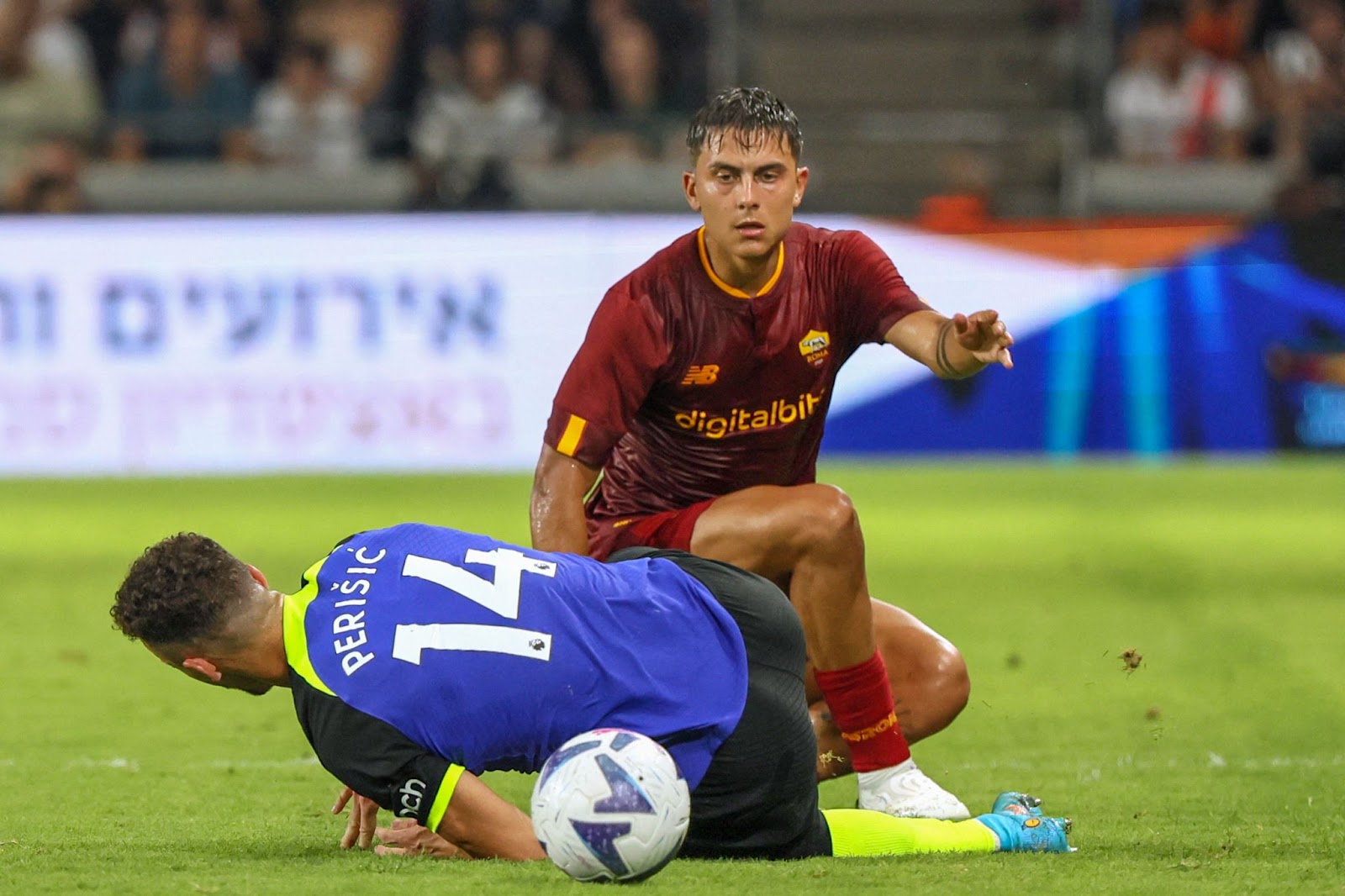 Regarding Lisandro Martinez, interestingly he was actually born in the ‘Entre Rios’ region of Argentina that does not really have a great footballing tradition. It’s a province of Argentina more well-known for basketball. So, Lisandro Martinez grew up with a more physical approach to football.

He was trained at Newell’s Old Boys at a very young age. A ‘secret find’ of Lionel Scaloni, the manager played the young Lisandro in the Argentina team when he was an unknown, playing alongside veterans and youngsters, a combination that Scaloni likes. Indeed, Argentina beat Brazil in the Copa América 2021 final with Lisandro Martinez as part of the squad.

Lisandro is an impressive player. He can play in both positions as a central defender (right or left), as a left-back and as a center-half! He has been a phenomenon at Ajax, where he won 2 Dutch leagues and Dutch cups too.

He’s going to leave quite a gap there at Ajax in Holland, now that he has joined Manchester United. He’s only young, but he has already won titles for his club and country. Players like him are good lads too because they open the door (‘abre puertas’) for younger players from the same region he grew up in. His province is getting noticed now and it wasn’t like that before, in football terms for scouts. 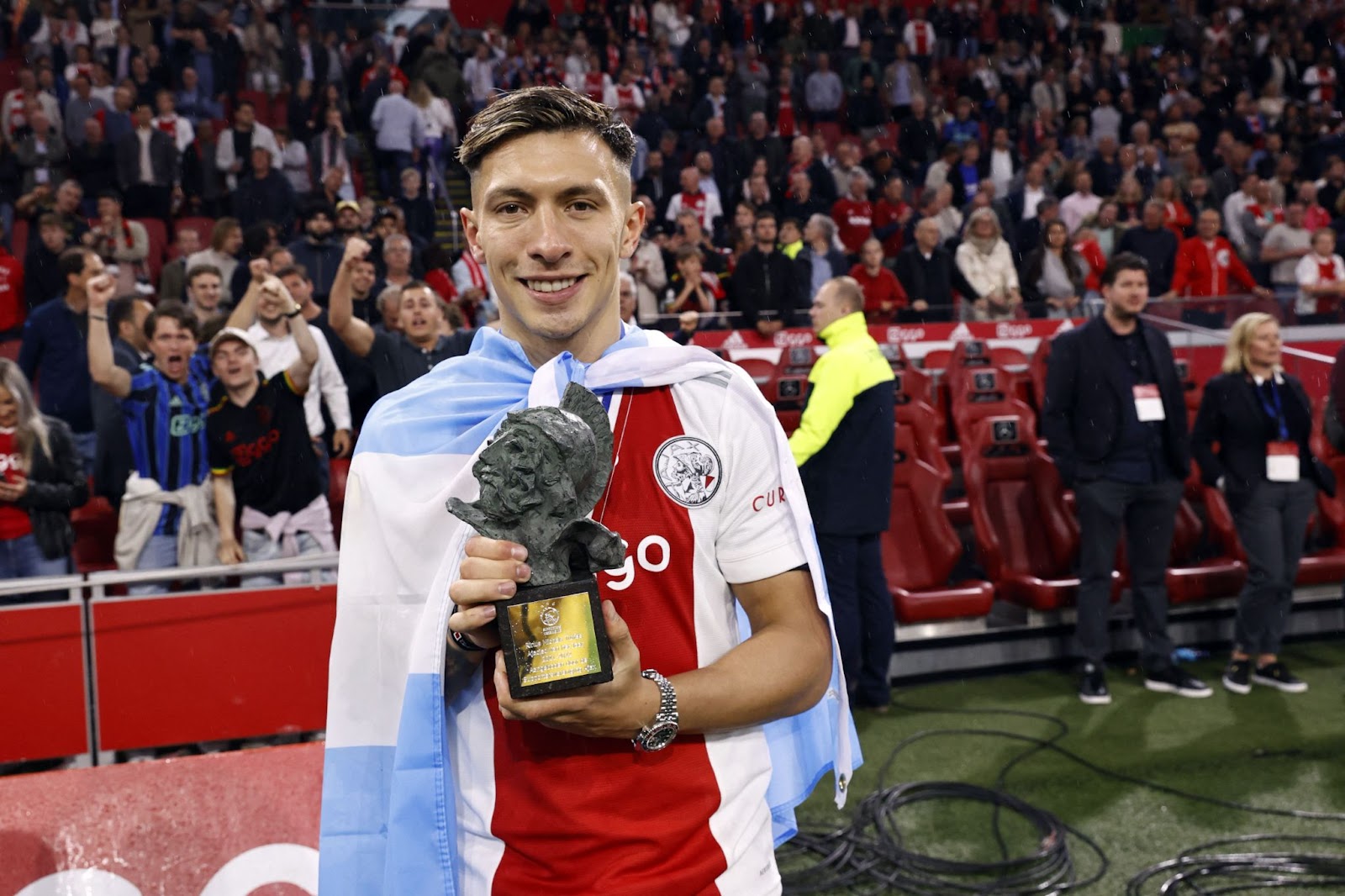 I hope that Carlos Tevez continues his coaching career for many, many years to come. He can bring all of his football experience to Argentinian football. He was born into misery in a dangerous council estate in ‘Fuerte Apache’ on the outskirts of Buenos Aires, a similar sort of ‘barrio duro’ and environment where Diego Maradona was born but in a different area.

It’s not easy being a manager but Tevez now had a lot of experience as a person and as a former player. To be a player is ‘lo mas lindo’ and Tevez learned, especially playing in England, to become a better person. In Argentina, if the police stop you in a car and you’re a famous footballer, they’ll probably let you get away with it but it’s not like that in England!

So, Tevez learned to be more humble than a person in England. Players are going to believe in Tevez as a person and a manager, which is what makes a great manager of players. He’s a good person and much loved in Argentina wherever he goes. So, yes, I believe that he will be a manager in Argentine football for many years. He might make mistakes but he has the passion and ‘feeling’ for football in his blood combined with the experience of life to become a great manager. Playing in the Premier League improved him in many ways. He has Native American blood and was trained in English football, which is a potent combination. 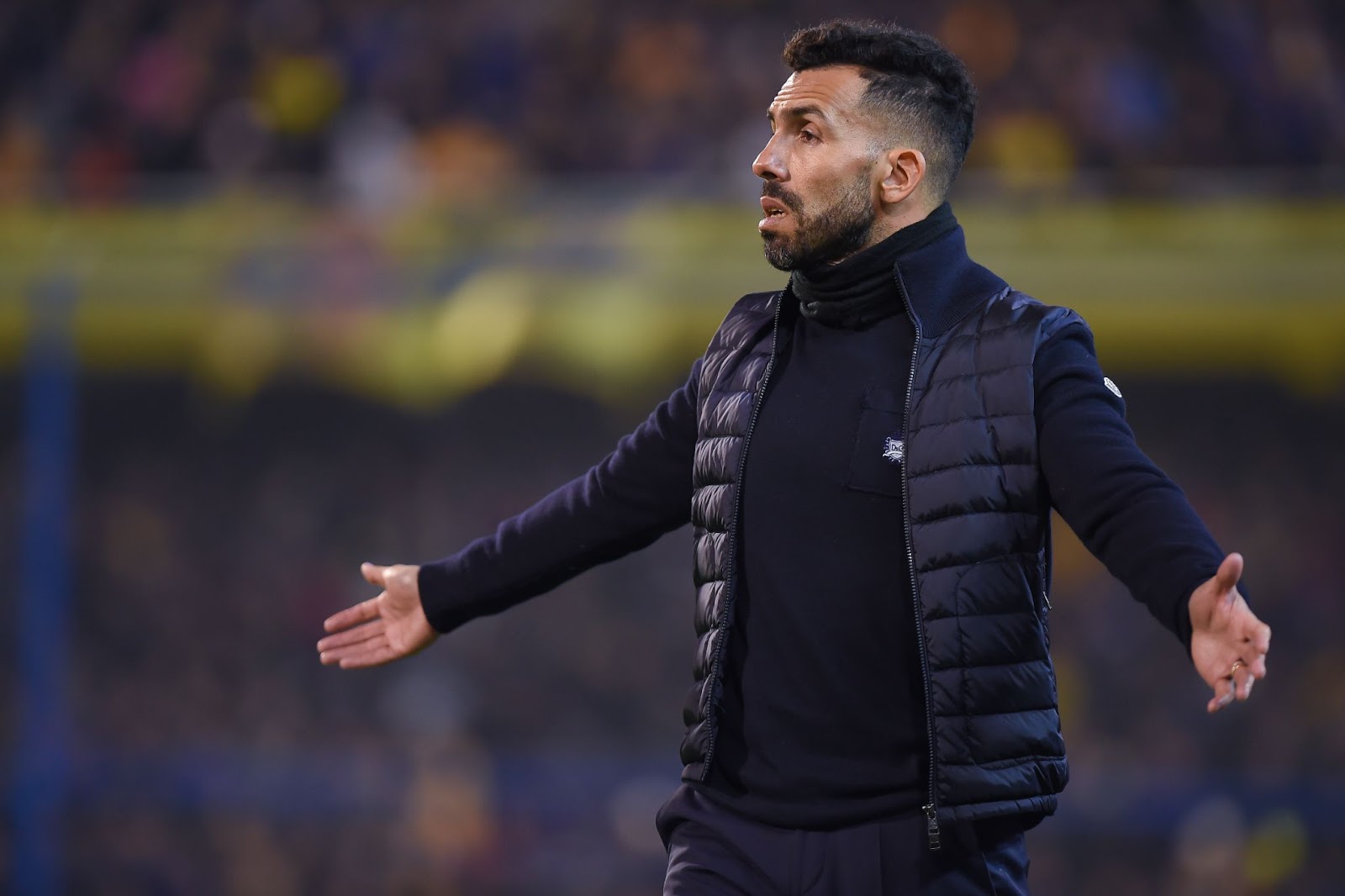