With five minutes to go, Manchester United fans burst into life as the scoreline from the Etihad filtered through.

Manchester City’s dramatic comeback had wrecked Liverpool’s hopes of equalling United’s total of 20 top-flight titles and finally they had something to celebrate.

That is how sorry this season has been for the Old Trafford giants, only the failings of others providing anything like a silver lining. 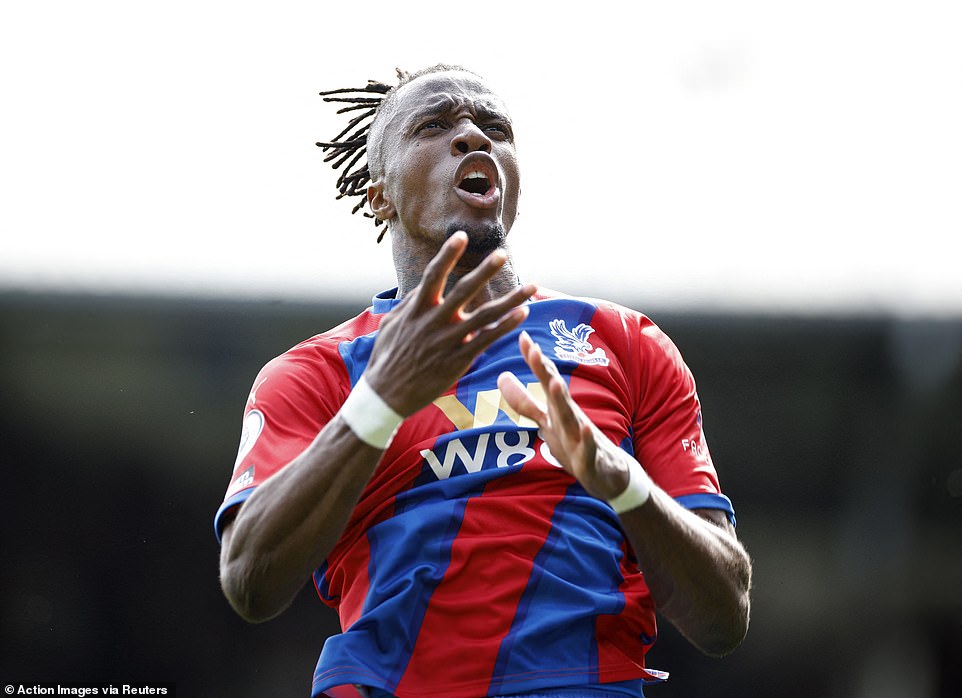 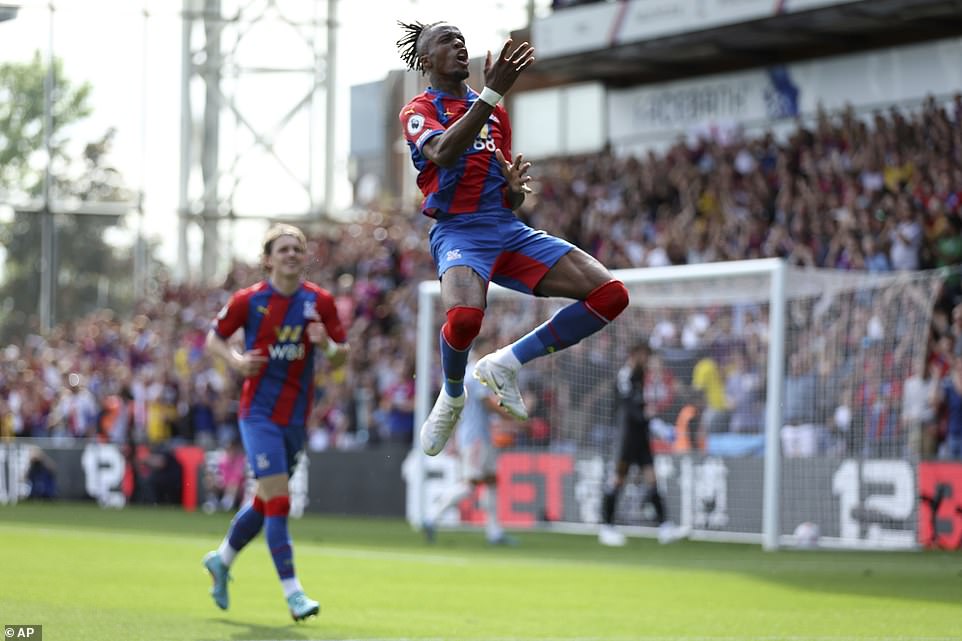 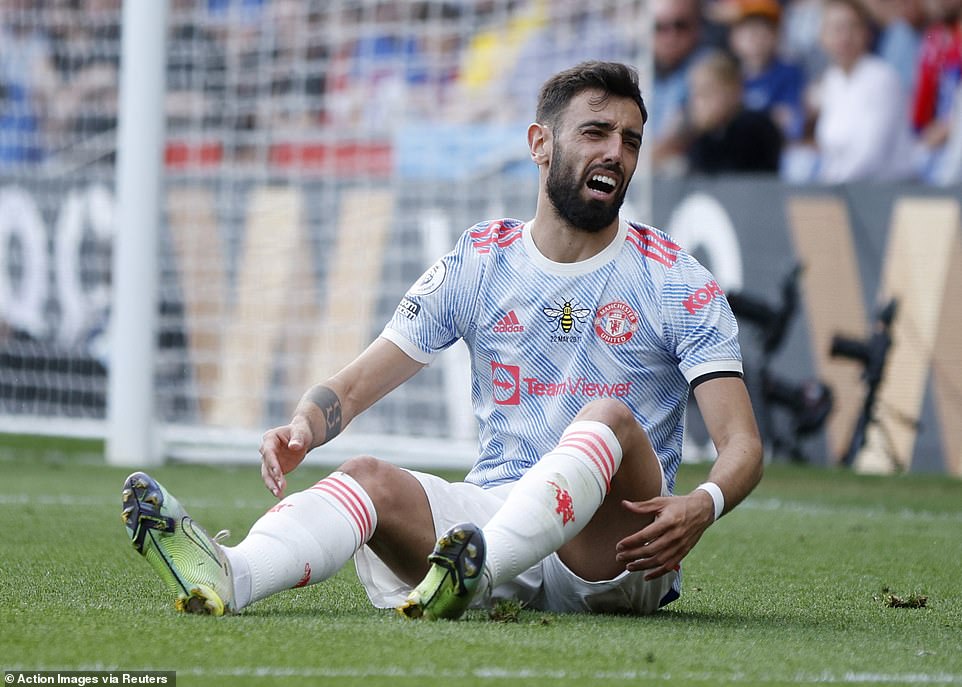 In keeping with much of their campaign to forget, the final day of the season was no different.

With new manager Erik Ten Hag watching on, it ended in another defeat that was devoid of any genuine signs of hope at Crystal Palace.

And the only reason the campaign has ended with a Europa League rather than Europa Conference League place is because of West Ham’s defeat at Brighton rather than United’s own doing.

Just in case Ten Hag was in any doubt about the size of the task ahead, this first-hand look would have confirmed it and United’s many flaws.

It only would have papered over the cracks but that United could not even muster a performance in front of their new manager was another indication of how far they had fallen and average a side they are now.

Outgoing interim Ralf Rangnick has repeatedly outlined the recruitment issues that have left United in the dismal state they are so there was something fitting about Wilfried Zaha being the player to end the German’s era – or should that be error – on a losing note.

Joining as Sir Alex Ferguson’s final capture, Zaha was mishandled, misunderstood and quickly discarded before returning to Palace, proving his Premier League quality and leading them to a credible 12th place finish with a career-best 15 goals this season.

Their work in the transfer market is just one area Ten Hag will look to improve once he gets his feet under the table. 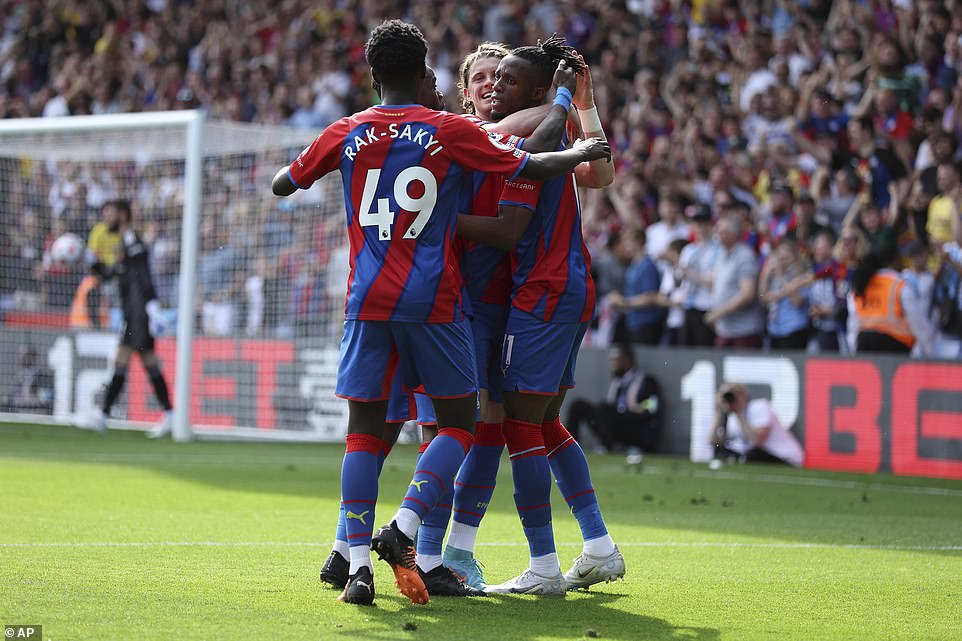 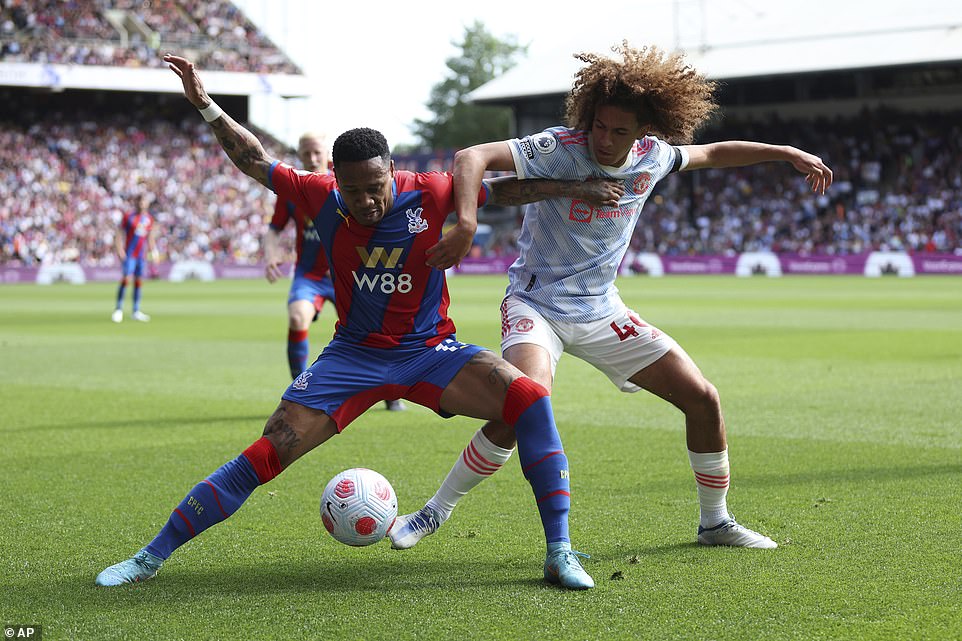 The future was on the mind of both managers when picking their teams. Palace’s contained teenager Jesurun Rak-Sakyi who was making his full Premier League debut.

Rangnick highlighted how 10 of his 11 starters would still be at the club next season, giving the Ten Hag, plus his yet-to-be confirmed assistants Mitchell van der Gaag and Steve McClaren, a first in-person look at some of the squad he will inherit, including full debutant Hannibal Mejbri.

That would have been the all 11 had Cristiano Ronaldo not been ruled out due to a hip injury. Edinson Cavani led the line instead in what Rangnick confirmed would be his final United appearance.

Especially With Rangnick’s selection in mind, this would have made for insightful viewing for Ten Hag.

For starters, he would have learned that somehow he needs to coach these players into becoming much better and consistent at passing to a player in the same colored shirt. 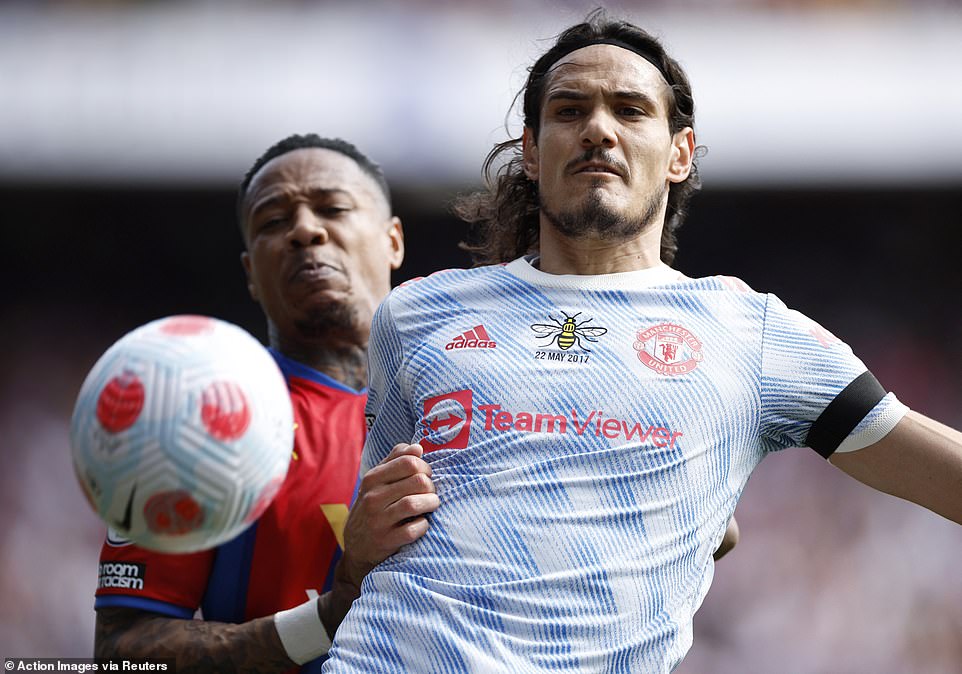 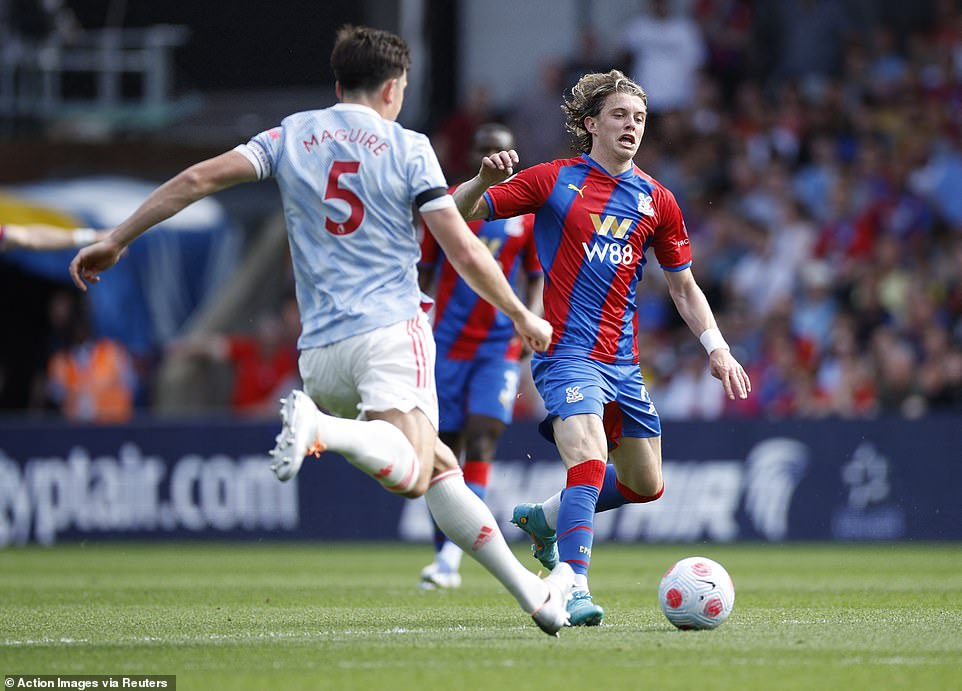 In the early stages there was an element of control and composure in United’s play, no doubt helped by Palace, with little to play for, were happy to let them have the ball.

A mishit Cavani shot which forced Vicente Guaita into an awkward save and dragged effort from Anthony Elanga were all they had to show for their possession.

As soon as Palace began to show interest, openings began to arrive and the errors and sloppiness increasingly became a feature of United’s game.

David de Gea had a lucky escape when he missed a corner and it hit an unaware Odsonne Edouard on the back of the head and flew away from goal rather than towards it.

Following a breakdown in communication in United’s defense, Zaha had a low shot saved by De Gea who also denied Jeffrey Schlupp with his knee. 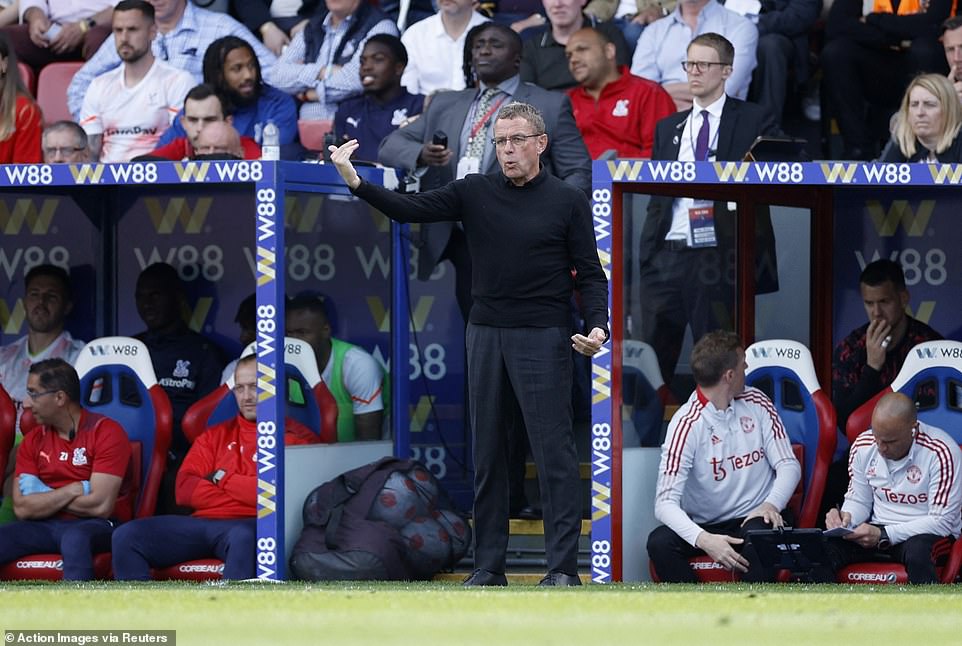 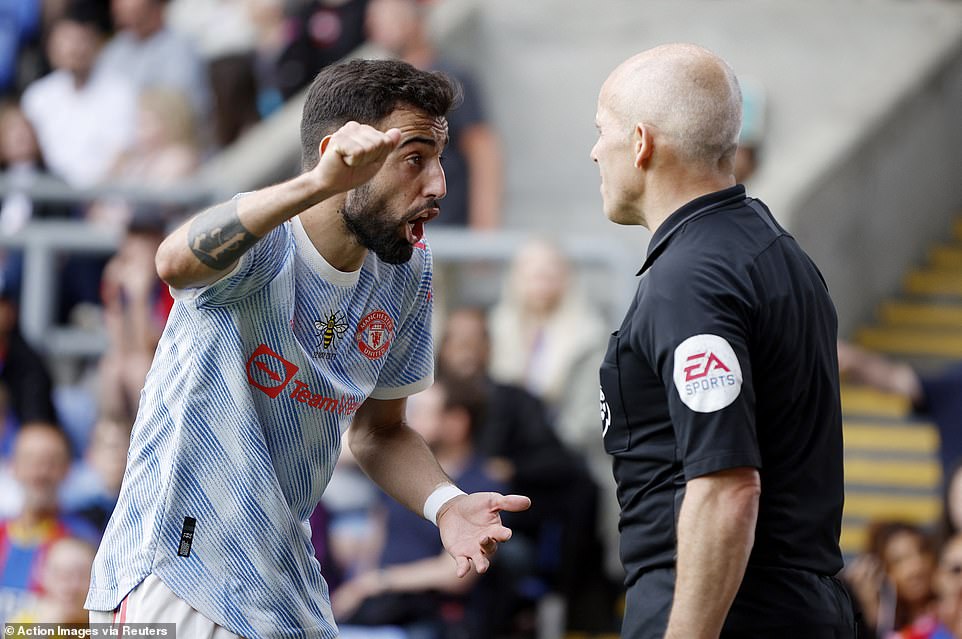 When Palace did take the lead, the nature of the goal was little surprise. Bruno Fernandes had been United’s biggest culprit when it came to gifting Palace possession, with the pass he attempted before Zaha struck the most baffling of the lot.

Under no pressure he hooked the ball back in the vague direction of his own goal but to nobody in particular, unnecessarily creating an attacking situation for Palace.

Zaha was the grateful recipient, cut across the box and fired the ball through two United bodies and past a flat-footed De Gea.

That was all Palace needed, so toothless were United in attack.

Whatever Rangnick had to say to his players at half-time he did so quickly. 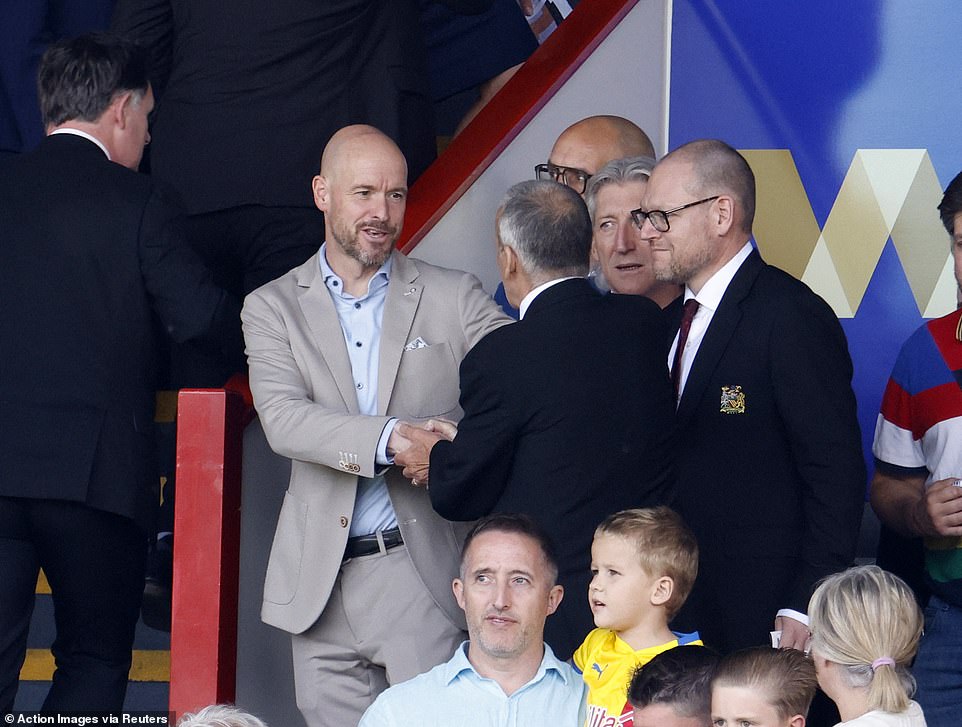 United were out well before Palace for the second half, after a team pep-talk on the steps outside the away dressing room and another huddle on the pitch, while Ten Hag posed for selfies in the stands.

But it all made little difference, for all the ball United had after the break.

Mejbri, booked before half-time following a spat with Zaha, was denied by a last-ditch Joel Ward challenge and then a finger-tip Guaita save.

McTominay nodded a free header straight at Guaita and sub Alejandro Garnacho was also close to converting a Fernandes cross.

But, in truth, Palace were never really in danger of losing their lead.