Kasper Schmeichel has left Leicester City, and there is now a rumor that Jamie Vardy could be of interest to Manchester United and Chelsea.

There’s no question that it’s the end of an era. After 11 years with the club, Kasper Schmeichel has left Leicester City for the admittedly enticing south of France. It’s fair to say that Schmeichel’s time with the club has been eventful. Leicester have won the EFL Championship and the Premier League, the FA Cup and the Community Shield, and played their first European football since 2000/01.

While Schmeichel’s departure is another complication for a club that still seems to be drifting, it also marks a significant break with the past.

Jamie Vardy is now the only player remaining from the team that returned to the Premier League after an absence of 10 years which had taken in their only season below the top two divisions. And there have even been suggestions that Vardy could attract the sort of interest that escapes most 35-year-old strikers.

It has been suggested that Vardy could be of interest to both Manchester United and Chelseaboth of whom have been busy in the transfer market – although there is a conversation to be had over how much of this activity has been heat and how much has been light – but who could both do with a goalscoring striker, with Manchester United facing the prospect of a Cristiano Ronaldo-shaped statue starting up front for them and Chelsea having offloaded expensive malfunctioning part Romelu Lukaku back to Inter on loan, with neither club having signed anyone who could realistically be described as a ‘replacement’.

But United and Chelsea are in similar positions with regard to attacking players. Both have a number of forwards – Anthony Elanga, Marcus Rashford and Anthony Martial at United and Timo Werner, Christian Pulisic, Kai Havertz and Hakim Ziyech at Chelsea – who don’t quite fit the bill of the 20-goal-a-season striker that would be expected of the upwardly mobile club seeking Champions League football this season.

Manchester United have a long-standing habit of fleshing out their attack with the elderly, and Chelsea are now in that space of being linked with every player that comes to the mind of ITK merchants on social media.

And this all seems… plausible. Vardy has now completed a full decade with Leicester himself, a period during which he also completed a haul of medals that he almost certainly wouldn’t have believed possible when he signed. His loyalty is laudable, but it’s difficult to believe that his head might not be turned at least somewhat by the possibility of one final big contract at a big club.

After all, his wife may have some expensive legal costs that needs addressing in the near future, and even in the event that this is an irrelevance, he will already be fully aware that this sort of interest does not come often for players of his age.

This talk only adds to the sense that there may be issues at Leicester City this summer which are not being properly explored. Schmeichel has gone, and there are still reports that Wesley Fofana, Youri Tielemans and James Maddison may be joining him, with known interest in these three players from Chelsea, Arsenal and Newcastle United respectively. 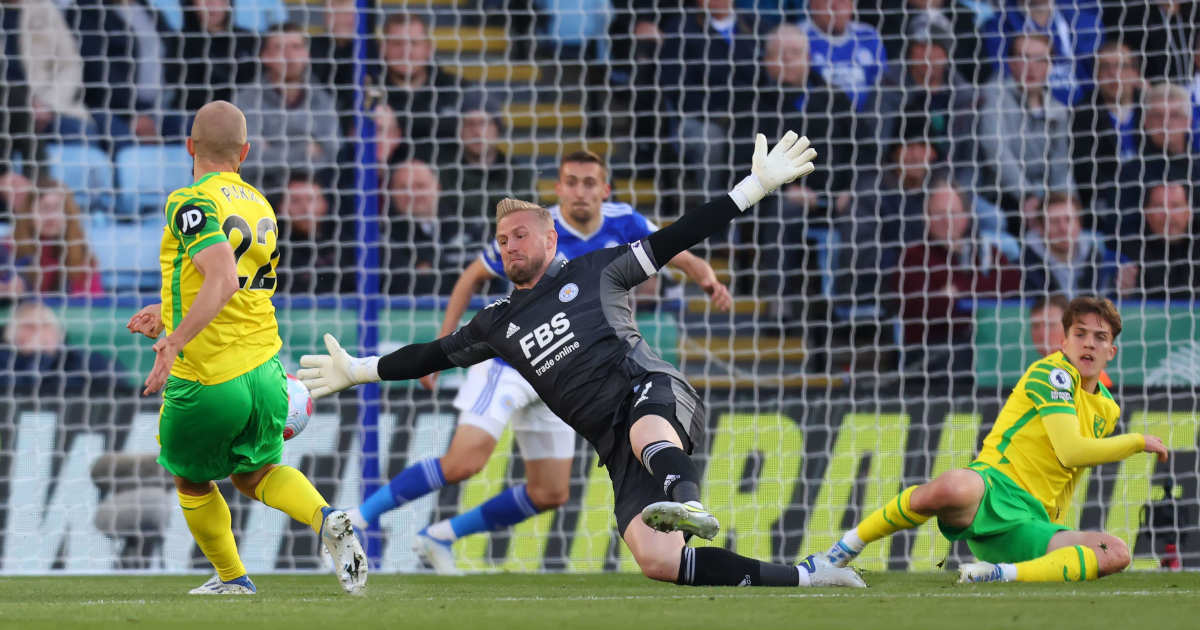 This alone would be problematic enough for any club in the middle reaches of the Premier League, but it may only be exacerbated by Leicester’s own inertia in the transfer market. With the new league season now just a couple of days away, Leicester have still not brought anyone new all summer, and they’re the only Premier League club in that exclusive group.

There’s an argument that Leicester could withstand a couple of departures because there is sufficient quality elsewhere in their squad, but to lose three such influential players would be more than just a headache for manager Brendan Rodgers.

It seems likely that the replacement for Schmeichel will be Danny Ward, who’s been warming the bench at The King Power Stadium since arriving at the club from Liverpool for £12.5m after the arrival of Alisson pushed him down to fourth choice at Anfield in 2018.

He’s played 19 games in all competitions for Leicester over those four years, one of which came in the Premier League. It’s a big step-up for a goalkeeper who hasn’t been given much opportunity to prove himself these last few years outside of his appearances for Wales.

But the loss of Jamie Vardy would be a different magnitude of problem for the club. He’s been a talisman at The King Power Stadium for a decade, and his goals powered the club to the most unexpected Premier League title of recent years.

Gaps like this cannot simply be replaced by signing a new player; Vardy’s position within the culture of the club transcends what happens on the pitch.

He’s still effective as a striker, too. Last season, despite injuries that restricted him to 25 Premier League appearances (he hadn’t previously made less than 34 since promotion in 2014), he still scored 15 goals. Both on the pitch and in terms of the club’s broader identity, it’s difficult to imagine a bigger loss for Leicester City, even if, at 35 years of age, the end of his time with the club will be coming sooner rather than later, regardless .

But this drip, drip, drip of stories continues. It may well be that Leicester are seeking to pivot in a different direction, but it’s difficult to take the idea of ​​a ‘refresh’ terribly seriously when all the traffic surrounding player movement seems to be in one direction.

It may well be that Leicester have too many players on contracts that are too generous, but this isn’t resolved unless those players are replaced and it continues to feel as though momentum is moving in the wrong direction at the club.

Can the possibility of no players coming in, more important players leaving, and Brendan Rodgers falling out with the owners and walking away be completely discounted? Well, not really, no it can’t.

What Leicester City have achieved since Kasper Schmeichel and Jamie Vardy joined the club is extraordinary. Winning the Premier League is one miraculous thing, but addressing the post-title slump and restabilizing the club to the point of winning the FA Cup was also highly impressive.

The end of that era has to come, but losing both of these players at a time when other established members of the squad may also be heading towards the exit and with no refresh having been carried out is a position onto which no positive spin could be fuck

It would be a further symptom of drift at a club that has achieved so much over the last decade. Even if Manchester United did fancy taking on another attacker in his mid-30s, Jamie Vardy is unlikely to leave before the end of August, but Kasper Schmeichel has now gone and the rumors surrounding Wesley Fofana, Youri Tielemans and James Maddison continue to proliferate. .

And losing many more players would be a talent drain that Leicester don’t seem particularly well-equipped to withstand.