Wales defender Connor Roberts bluntly asks club team-mate Wout Weghorst: ‘Why didn’t you do that for Burnley?’, Before being told to ‘SHUT UP’ in a tense exchange after £ 12m striker scored late to down Wales

Burnley team-mates Connor Roberts and Wout Weghorst exchanged words on Wednesday night when the Welshman confronted the match-winner to ask why he did not do that for their shared club side.

Wales, buoyed by Sunday’s win over Ukraine that ensured they would be at their first World Cup since 1958, looked like they had snatched a point late on through Rhys Norrington-Davies.

However, Weghorst popped up in the 94th minute with a diving header that ensured Holland took all three points and consigned Wales to their second straight Nations League defeat. 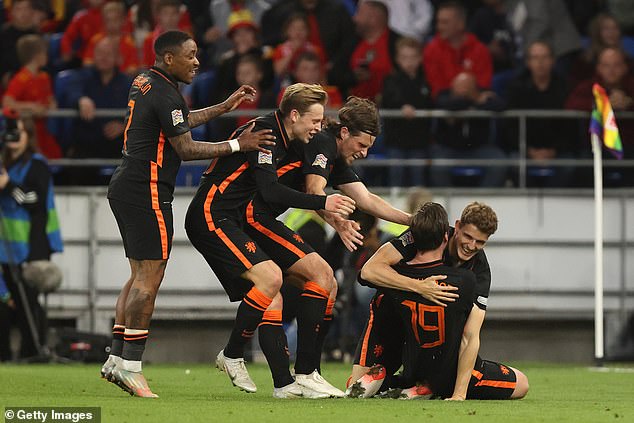 The match had become heated as Wales went in search of an equalizer, with the atmosphere inside the Cardiff City Stadium translating to the pitch.

Almost as soon as Rhys Norrington-Davies thought he had nicked a point for Wales, they were pegged back with Weghorst scoring a superb diving header at the other end.

The defeat leaves Wales flagging in Group A4 of the Nations League while the Dutch have two wins from two.

The tense atmosphere appeared to boil over after the final whistle when right back Roberts confronted Weghorst and appeared to ask him ‘Why didn’t you do that for Burnley?’ 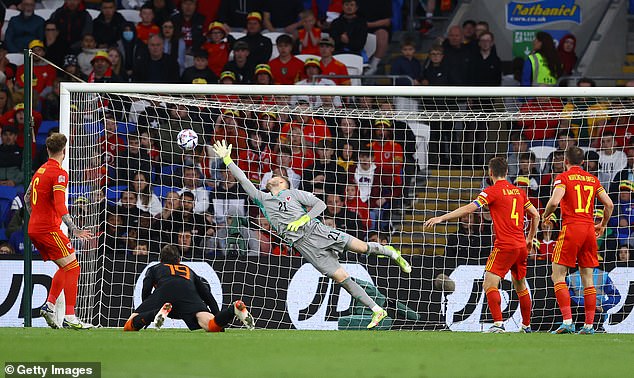 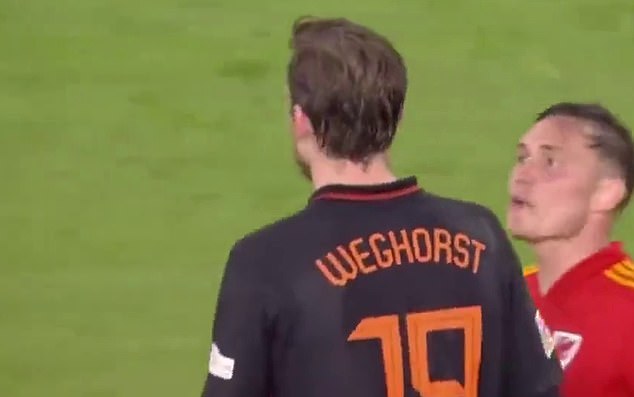 Weghorst was brought into the Lancashire club in January to try and save them from relegation, but only managed two goals in 20 appearances as the Clarets were relegated to the Championship.

In the clip, Roberts could be seen running up to Weghorst immediately after the final whistle visibly frustrated.

As he got closer to the Netherlands international he quite clearly mouthed ‘why did not you do that for Burnley?’

The match-winner Weghorst brushed his club team-mate aside while the Welshman continued to shout things at him. Eventually, Weghorst turned around and appeared to say ‘this isn’t about Burnley, shut up.’ 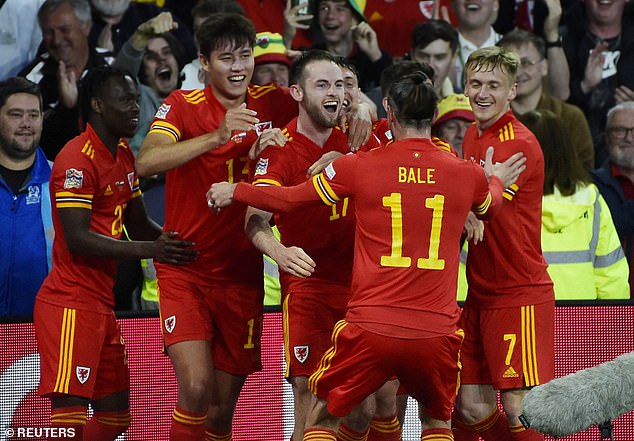 Weghorst, who arrived for £ 12m from German side Wolfsburg, has been on the record since Burnley’s relegation saying that he does not expect to be playing Championship football next season.

Weghorst told Voetbal International: ‘We have clearly agreed in advance that I will not play in the Championship.

‘The club would like to keep me and will do everything they can to return to the Premier League as soon as possible.’

He added: ‘For next season it is important that I can perform at a high level, also with a view to the World Cup in Qatar. You should not believe everything the media says. 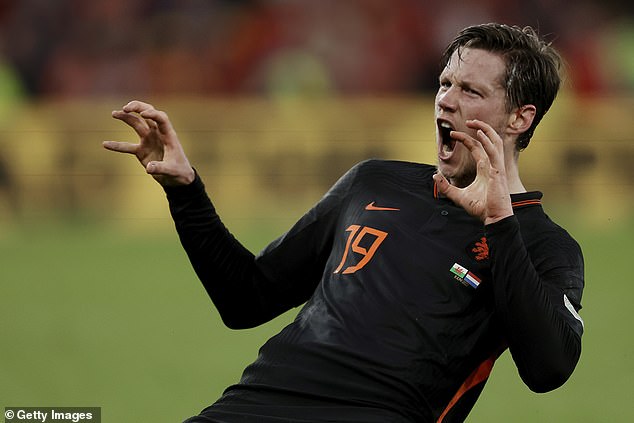 However, Burnley man Wout Weghorst was the one celebrating at the final whistle after his last-gasp effort in Cardiff

‘There is interest from Germany, England and Turkey First I will focus on Oranje here and perform as well as possible. Then we’ll talk to Burnley about what’s next. ‘

One wrote: ‘Roberts very legitimately asking Weghorst “why don’t you do that for Burnley?” after his last minute winner against Wales. First time I’ve seen WW connect with a header all year. ‘

While another wrote that Roberts should be awarded the armband for what he did.

‘Connor roberts asking [Wout] Weghorst why he did not do that for burnley, give him the armband, ‘they wrote.

connor roberts asking weghorst why he did not do that for burnley, give him the armband

Roberts very legitimately asking Weghorst “why don’t you do that for Burnley?” after his last minute winner against Wales. First time I’ve seen WW connect with a header all year 🙄#twitterclarets pic.twitter.com/Svr6r4W1E8