There is growing frustration among Chelsea supporters about a lack of signings so far in this summer transfer window. But no-one who has been paying attention to the sweeping changes at Stamford Bridge over the past six weeks can claim to be surprised that the process of revamping and reinforcing Thomas Tuchel’s squad is proving slow and anything but seamless.

Todd Boehly and Clearlake Capital formally completed their £2.5 billion acquisition of Chelsea on May 30, three weeks after The Athletic first reported that Erling Haaland’s move to Manchester City was functionally a “done deal”. Liverpool had agreed personal terms with Benfica striker Darwin Nunez by June 9 and it was almost two weeks later that Chelsea’s new owners confirmed the departure of Marina Granovskaia, the club’s leading football executive throughout the second half of the Roman Abramovich era.

Modern football recruitment is an endless endeavour. Elite clubs spend months and sometimes even years devising and refining their transfer strategies, as well as scouting and courting their primary targets. The vast majority of this transfer legwork goes unreported and much of it comes to nothing. The landscape of the market is constantly shifting, with old targets falling out of consideration and new ones suddenly emerging. But it is also absolutely essential to even have a chance of gaining a meaningful edge over similarly wealthy rivals and getting key business done early in a window.

Given the timetable of the ownership change and the leadership overhaul that has followed, Chelsea never stood a chance of being as proactive and decisive in this transfer window as City and Liverpool have been. They were always doomed to be playing catch-up, which is why many agents and others close to the club indicated they expected Granovskaia to stick around and help navigate this window even if she did not factor into the new owners’ long-term plans.

But the impression formed by many who contacted her regarding potential deals in the early weeks following the takeover was that she was already being sidelined, with Boehly opting to work the phones himself and talk directly to agents and executives at rival clubs. That shift was formalized with Chelsea’s announcement on June 22 that the American “will operate as interim sporting director until the club names a full-time replacement”. They added that Granovskaia had agreed to “remain available” for the remainder of the transfer window, but she is unlikely to be consulted.

Boehly has taken on a dual role at the top of Chelsea that is without clear parallel at any of Europe’s other elite clubs and, while vastly experienced and successful in the realm of business negotiation, he is learning on the job when it comes to the European football transfer market. The obvious risk is that agents and executives attempt to exploit that relative lack of experience to an extent that they would not have tried with Granovskaia.

Within that context, The Athletic‘s revelation last month that Boehly met with Jorge Mendes in Portugal to discuss, among other things, the future of Cristiano Ronaldo, sparked concern as well as excitement. Signing a 37-year-old with gargantuan wages and global name recognition, who has succeeded individually on the pitch without making his last two teams better, would carry more appeal to Boehly than it would to Tuchel. 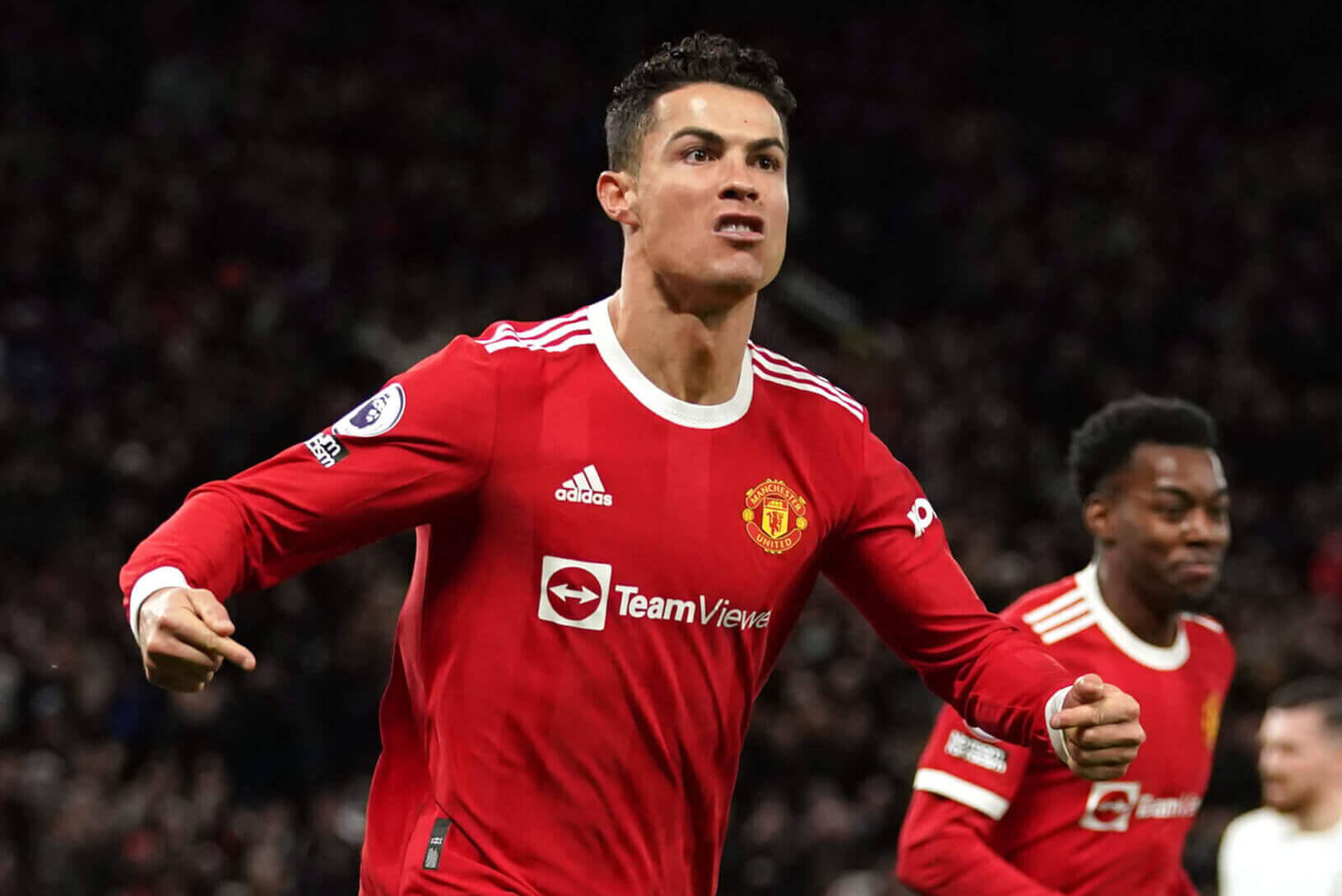 Signing a player like Ronaldo, who wants to leave United if the right offer comes in, would suit Boehly more than Tuchel (Photo: Martin Rickett/PA Images via Getty Images)

The justification for Boehly’s hands-on approach is that, while not a perfect or permanent solution, it does at least provide a more streamlined decision-making structure more easily aligned in the direction of the new ownership rather than the old. There are, for example, strong suggestions that Granovskaia and departed technical and performance advisor Petr Cech had significant reservations about granting Romelu Lukaku his desired loan return to Inter Milan.

Things do not work this way at the Los Angeles Dodgers, bought by Guggenheim Baseball Management for $2.15 billion (£1.78 billion) in May 2012. The ownership dynamics are very different for a start: Chelsea co-owner Mark Walter is the controlling owner of the Dodgers, while Boehly is the co-controlling owner and functional ‘operator’ of Chelsea in partnership with Clearlake Capital, the US private equity firm that owns 62 percent of the club.

Guggenheim’s ownership philosophy from day one with the Dodgers was to hire and empower the best, brightest baseball talent across all departments and back them with aggressive, sustained spending. In 2014, they hired Andrew Friedman, one of the most highly regarded executives in the sport, from the Tampa Bay Rays to be their president of baseball operations. He is the man most widely credited with the team’s sustained run of success — punctuated by a World Series triumph in 2020 — and status as a model franchise over the subsequent eight years.

The extent of Boehly’s contribution to the Dodgers’ sporting rise is harder to quantify, but Clearlake felt confident enough in his know-how to partner with him in the winning bid for Chelsea, and he has indicated at every juncture that he wants to walk a similar path. Persuading a top sporting director to take up a post in the middle of a transfer window seems an unlikely prospect but when one finally does arrive, expect them to get the “best-in-class” brief.

In the meantime, Chelsea can still lean on their extensive scouting network, managed by long-serving head of international scouting Scott McLachlan. Tuchel, however, is leading the conversations with Boehly and Clearlake about the club’s summer transfer targets to a degree that few head coaches or managers ever did in the 19 years of Abramovich’s ownership.

Whether that is a positive or a negative development depends on your perspective.

This is the first opportunity that Tuchel has had to re-mould this Chelsea team more in line with his footballing principles. His decision to start with and then stick with 3-4-2-1 for much of the first 18 months of his Stamford Bridge tenure was a pragmatic one, made in recognition of the profile of the squad and particularly with a view to maximizing Thiago Silva and Jorginho’s qualities while minimizing their weaknesses.

Now there are increasingly strong indications that Tuchel is looking for new signings that will ease the transition to a different system — and more specifically, that he wants to play a back four.

That shift would create more opportunities to deploy true wide attackers, and The Athletic has been told that Chelsea’s pursuit of Raphinha springs directly from Tuchel’s desire to have an aggressive winger at his disposal. There is even a possibility that 4-4-2 could be used, with Raheem Sterling deployed more centrally if Boehly manages to close a deal to sign him from City. 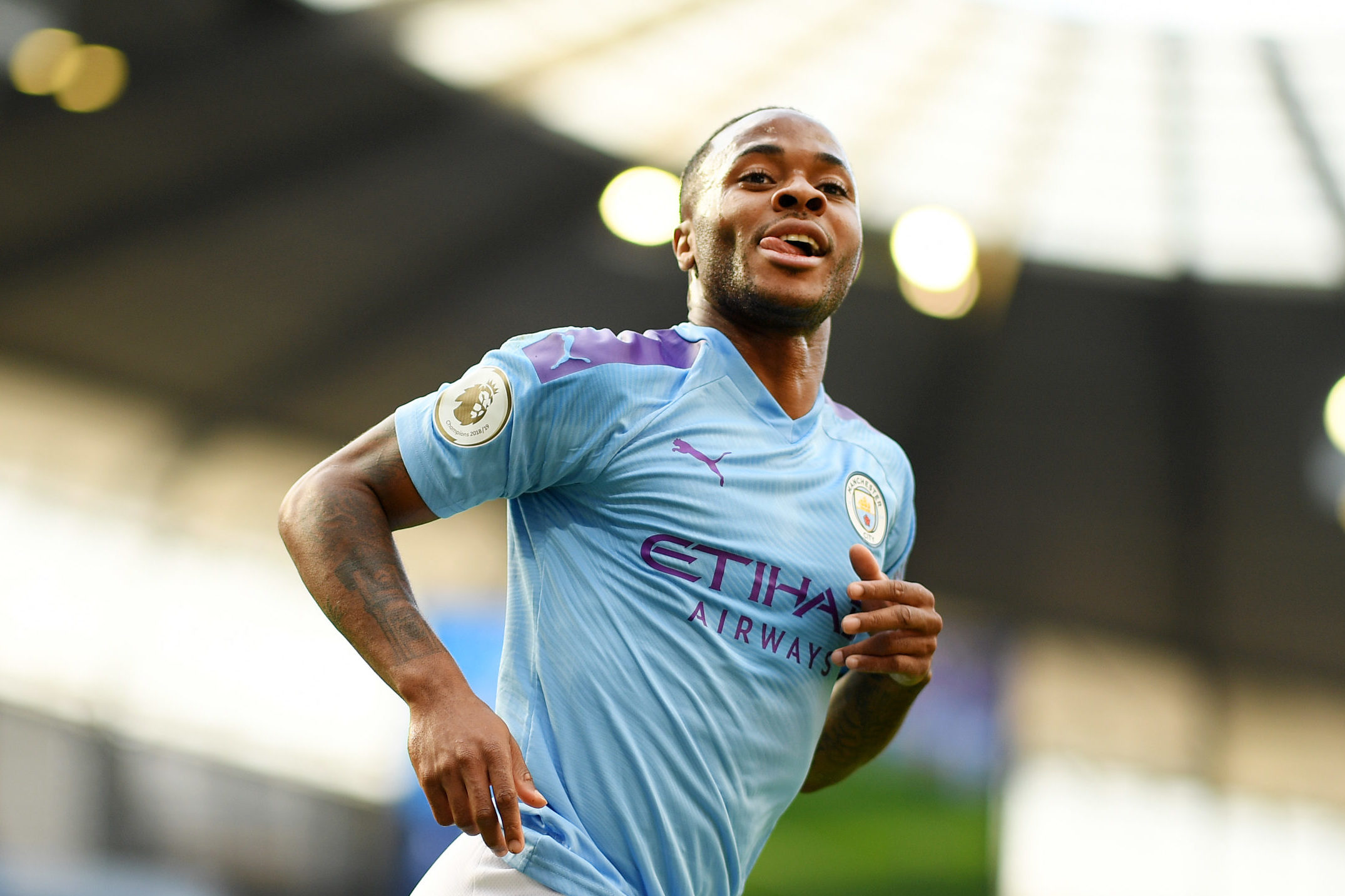 Tuchel envisages playing Sterling in a central role if a deal can be agreed with City (Photo: Shaun Botterill/Getty Images)

The risk in making Tuchel — or any coach — so prominent in transfer strategy is that he is not a recruitment expert either. He has worked under sporting directors for his entire coaching career, although there have been signs at previous clubs of a desire for greater influence on signings. A key flashpoint in the breakdown of his relationship with Sven Mislintat at Borussia Dortmund involved a difference of opinion in an aborted move for Atletico Madrid midfielder Oliver Torres, while he clashed with Leonardo at Paris Saint-Germain after the Brazilian gave him midfielder Danilo Pereira rather than the central defensive addition he had requested.

But any supporters concerned about Boehly taking direction from Tuchel on transfer targets might be reassured to know that the names coming from Chelsea’s head coach are not based on purely subjective judgments. Sources have told The Athletic that he is using data from an analytics company he has worked with since his Dortmund days to inform his recommendations, and that Raphinha in particular was targeted after his creative metrics scored particularly well against other attackers aged 25 and younger.

Data is also at the heart of Boehly and Clearlake’s long-term thinking. Chelsea have already posted a job advert for a lead data scientist, and The Athletic reported last month that the new owners are hoping to bring in six to eight new people with analytics pedigree.

Even the best transfer process offers no guarantees of success. Chelsea moved decisively and impressively to agree a £60 million deal with Leeds United for Raphinha last week but may still fail owing to the player’s unwillingness to let go of his dream of playing for Barcelona. There is plenty to suggest that Boehly is leaving no stone unturned or message unanswered in his attempts to give Tuchel significant squad reinforcements before he assembles his first-team squad in Los Angeles on July 9 for pre-season training, or as soon as possible afterwards .

The reality, however, is that Chelsea’s transfer operation will not truly reflect the ideas and values ​​of the new owners in this window.

Boehly and Clearlake are doing what they feel they need to do right now in order to perform much-needed squad surgery with time against them, with Tuchel stepping forward to play a bigger role than he is likely to play in future windows.

Supporters may be wise to keep that in mind for now, and evaluate any business done this summer accordingly.